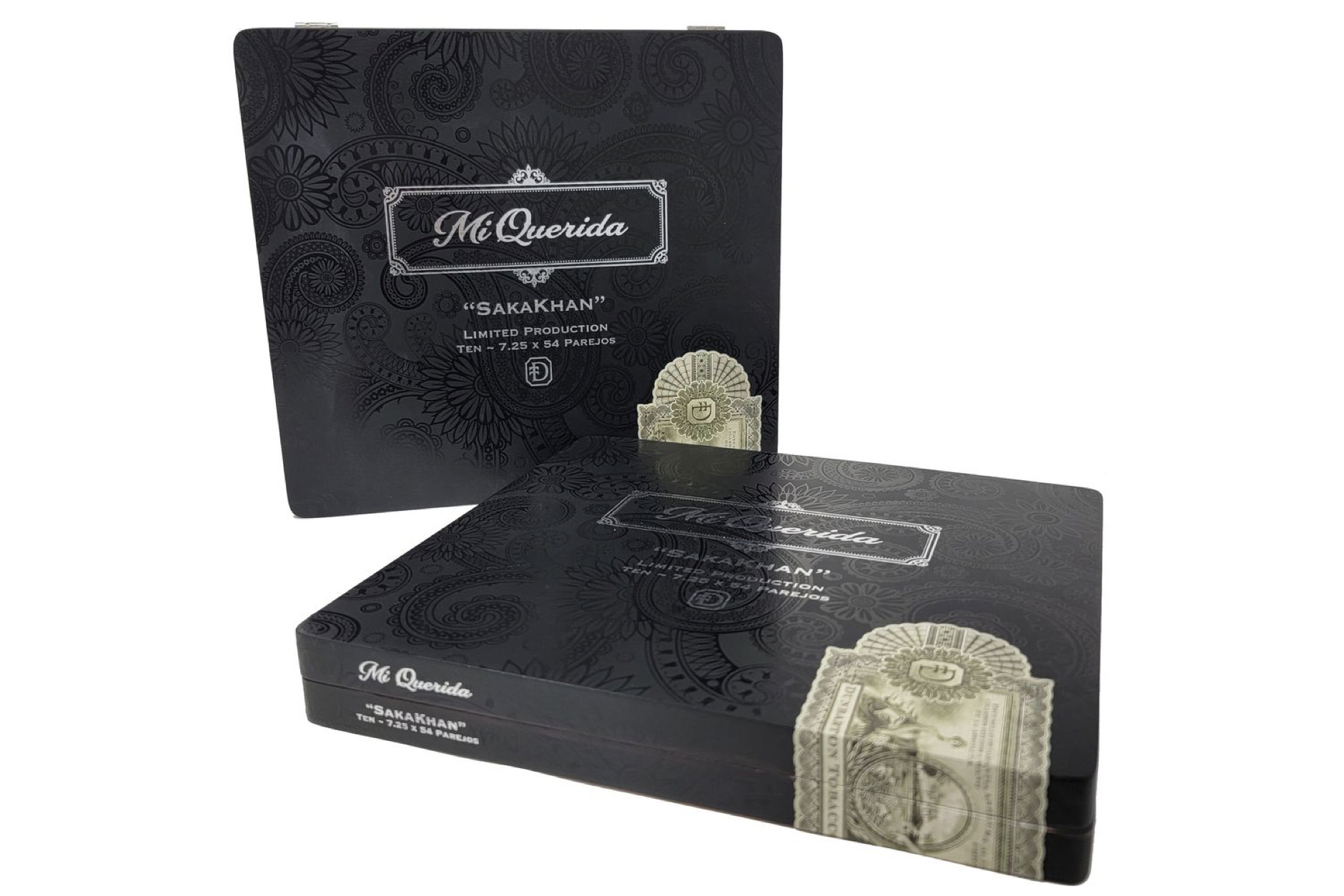 At next month’s PCA Convention & Trade Show, Dunbarton Tobacco & Trust will give another preview of one of its future lines, Mi Querida Black.

The Mi Querida Black line is expected at some point in the future, but the cigar that will be available at the trade show will be called Mi Querida SakaKhan, a 7 1/4 x 54 Churchill extra with a pigtail. It will use a Connecticut broadleaf No.1 dark wrapper over a Mexican San Andrés negro binder and fillers from the Dominican Republic, Honduras and Nicaragua. Production is handled at Nicaragua American Cigars S.A. in Estelí, Nicaragua. If all that sounds familiar, it’s because this is actually the second time this cigar is being sold, though the last time was under a different name. Last November, Dunbarton Tobacco & Trust sent the same cigar to JR Cigar as part of the retailer’s 50th anniversary.

Steve Saka, Dunbarton Tobacco & Trust’s founder, told halfwheel that he still doesn’t have enough tobacco to release the Mi Querida Black as a regular line, but he decided to do another limited batch of the blend. Previously, Saka indicated the Mi Querida Black was targeted for a 2023 release.

As for the name, Saka wrote on Facebook that it dates back to his days in the Navy.

“It was the 80’s when Chaka Khan became known as an artist and I was getting certified to Con(n) as a JOOD Underway on my ship – the enlisted guys who worked the Bridge started calling me this… kinda funny as my middle name ‘Temujin’ is also the birth name of Ghengis Khan… so this is double dip when it comes to why this nickname stuck… my Dad obviously had some pretty lofty expectations.”

Saka wrote that he still has not determined the pricing of the cigar; for reference, JR Cigar priced its version at $14.95 per cigar. He has said the cigars should be in stores in “late summer of 2022.”