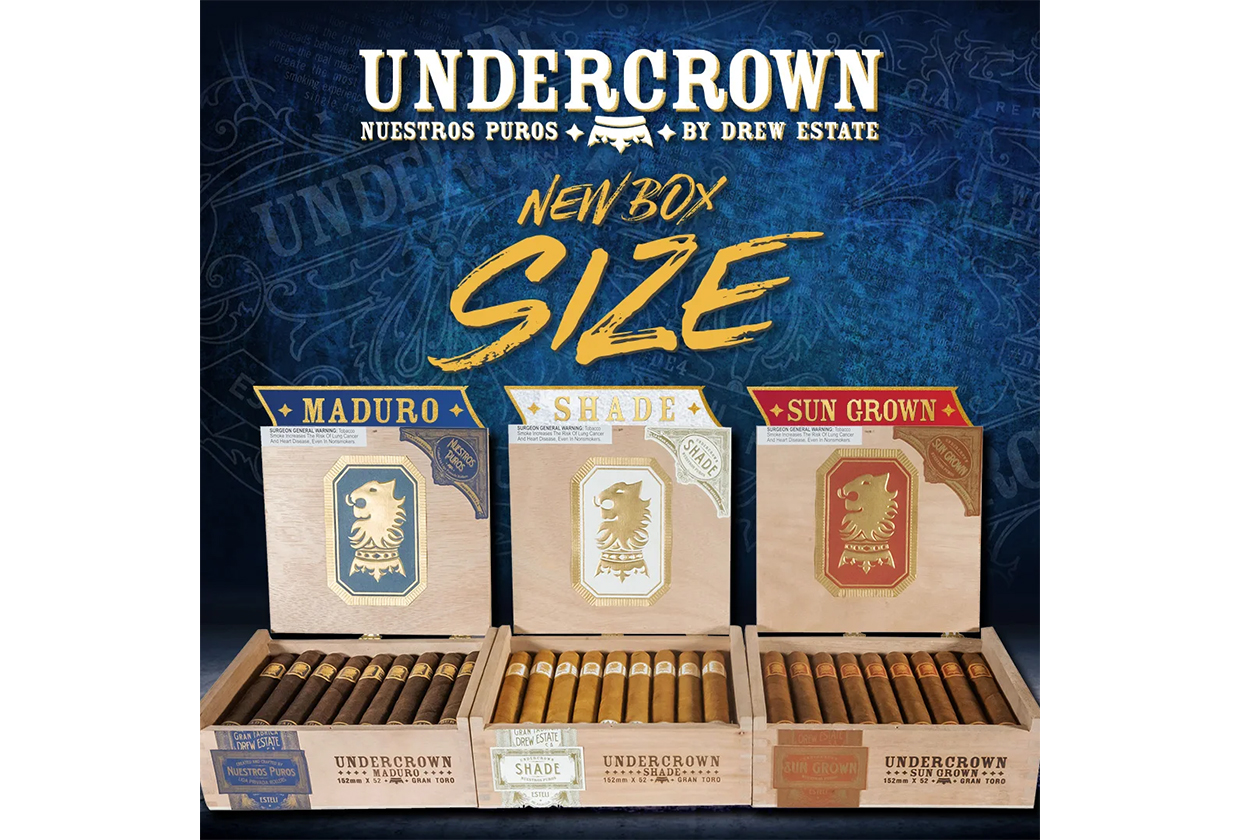 When you see the Undercrown line on shelves in the coming weeks, it will likely have a different look to it.

Drew Estate announced that it is updating the brand’s packaging to a more compact, shelf-friendly format, while each box will still hold 25 cigars. The changes will apply to the Undercrown Maduro, Undercrown Shade and Undercrown Sun Grown lines, though it will not affect the boxes for the Flying Pig, Tubo and Corona Pequeña vitolas. None of the bands on the cigars are changing, either.

“Undercrown’s authenticity amplifies the heart and spirit of Drew Estate,” said Jonathan Drew, founder and president of Drew Estate, via a press release. “Since we first launched Undercrown a decade ago, the narrative has been consistent, telling the fiery story of ‘who we are’ from a behind-the-scenes standpoint. The Undercrown brandmark and ideology bears witness to our love for Estelí and the enthusiastic and gifted people who work so devotedly at La Gran Fabrica Drew Estate. Undercrown is all about their creative ingenuity and their fearless quest for self-expression—so we will never ever change this historic and meaningful blend.”

To make the change, the cigars are now being packed in three rows, with nine on top and presumably eight cigars per row beneath that. Previously, the cigars were packed in two rows, 13 on top and 12 on the bottom.

The new packaging is currently shipping to retailers for the Maduro and Shade lines, while the Sun Grown will be rolled out over the next several months.