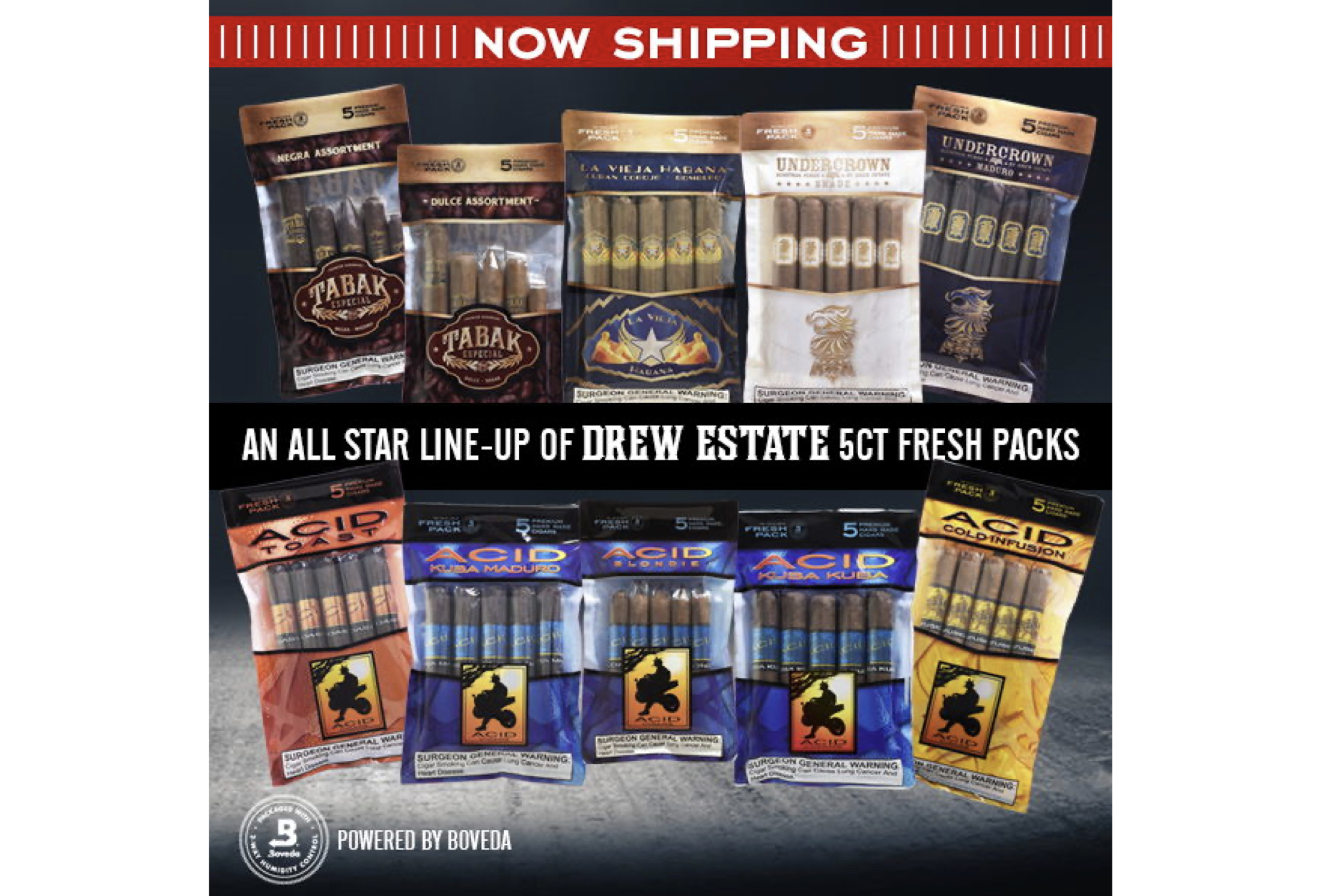 Drew Estate has announced that it has begun shipping 10 new humidified five-packs for its ACID, La Vieja Habana, Tabak Especial and Undercrown lines.

Like some five-packs from other companies, the cigars are packaged in humidified five-packs that include a Boveda pack.

“Yeah…5-Pack action is in full effect from your buddies at DE. Designed for ‘Snag & Go’ activities, like back in the days of ‘Ring & Run,'” said Jonathan Drew, the company’s co-founder and president, in a press release. “As a former premium cigar retailer myself, these 5-Packs are super dope for “build your own boxes,” as well as chucking something extra for a box purchaser during the holidays.”