The cigars, which come in a 7 x 48 box-pressed Churchill vitola, were rolled in 2016 using the same molds from the initial production of the Herrera Estelí Norteño Edición Limitada, which was released in 2015. This latest batch has been resting in the company’s aging rooms for the two years following their rolling.

As for the blend, it uses a Mexican San Andrés maduro wrapper, Honduran binder and fillers from the Estelí and Jalapa regions of Nicaragua, though the blend has been slightly modified to best suit the vitola.

“The Norteño Edicion Limitada continues to be one of my favorite projects at Drew Estate,” said Willy Herrera in a press release. “This cigar showcases the complexity in the blending process, requiring tweaks of the classic Norteño blend to really shine in the Churchill vitola.” 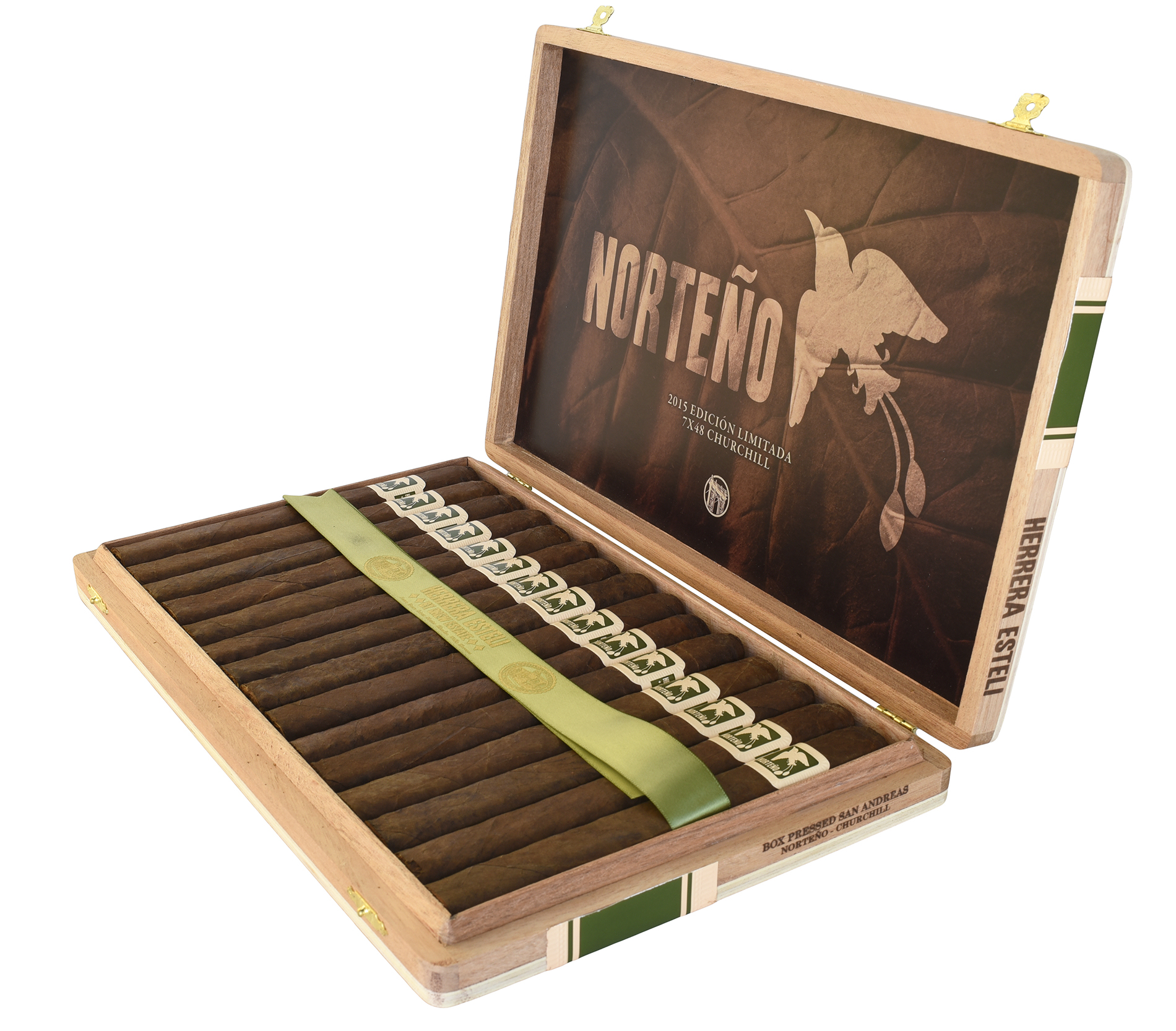