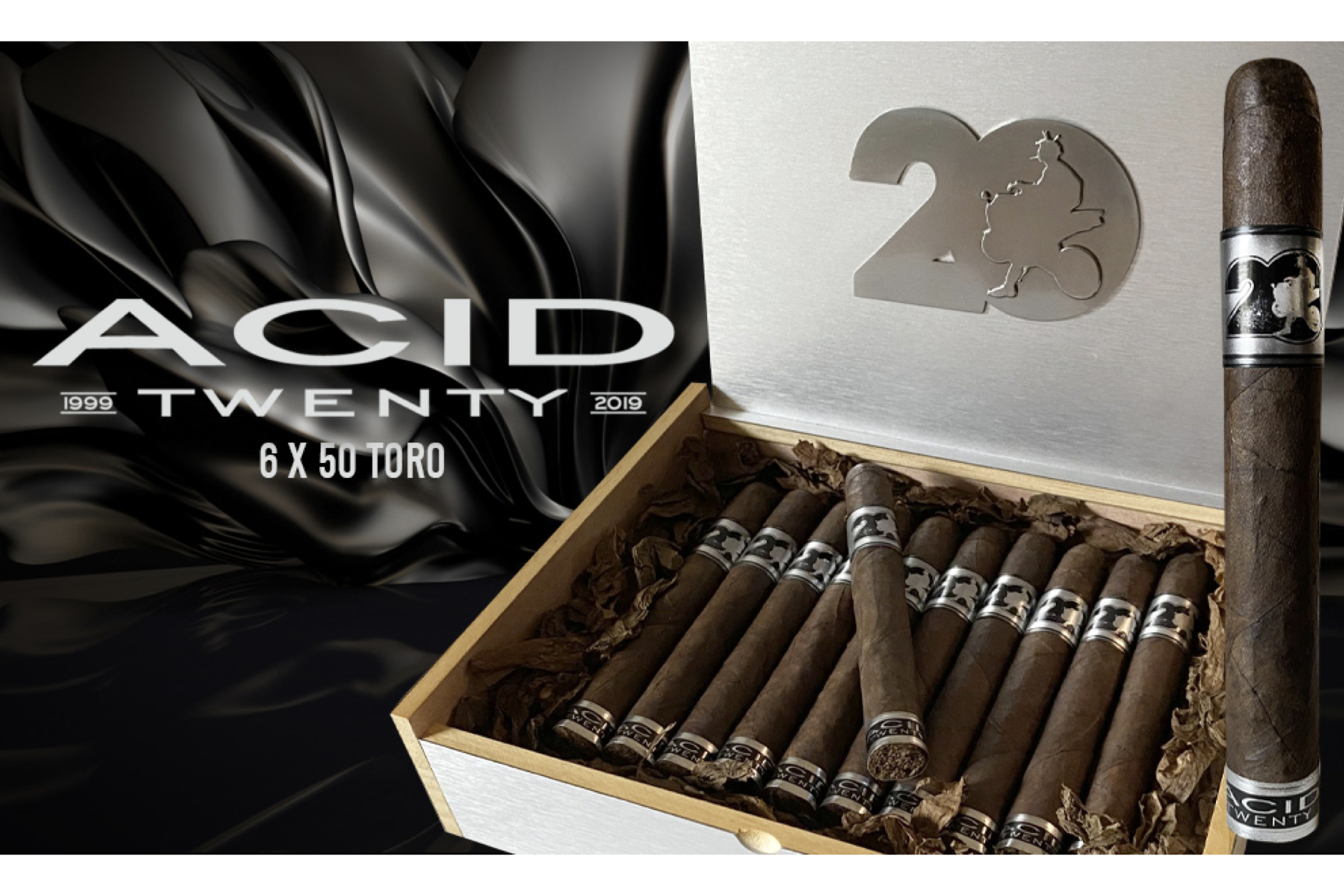 Drew Estate has shipped two of its planned 2020 releases, a bit ahead of schedule. The Tabak Especial Dulce line uses an Ecuadorian Connecticut wrapper over a Sumatran binder and Nicaraguan fillers. The Negra version uses an undisclosed maduro wrapper. Both cigars are infused with coffee flavoring.

Also earlier than expected is the arrival of the ACID 20 Toro, a 6 x 50 toro that is being added to the ACID 20 line. It was originally announced as a July 2020 release but is also now in stores.

ACID 20 uses a Mexican San Andrés wrapper over Indonesian binder and fillers from Nicaragua. Drew Estate marketed the ACID 20 as having a more subtle infusion than other ACIDs.