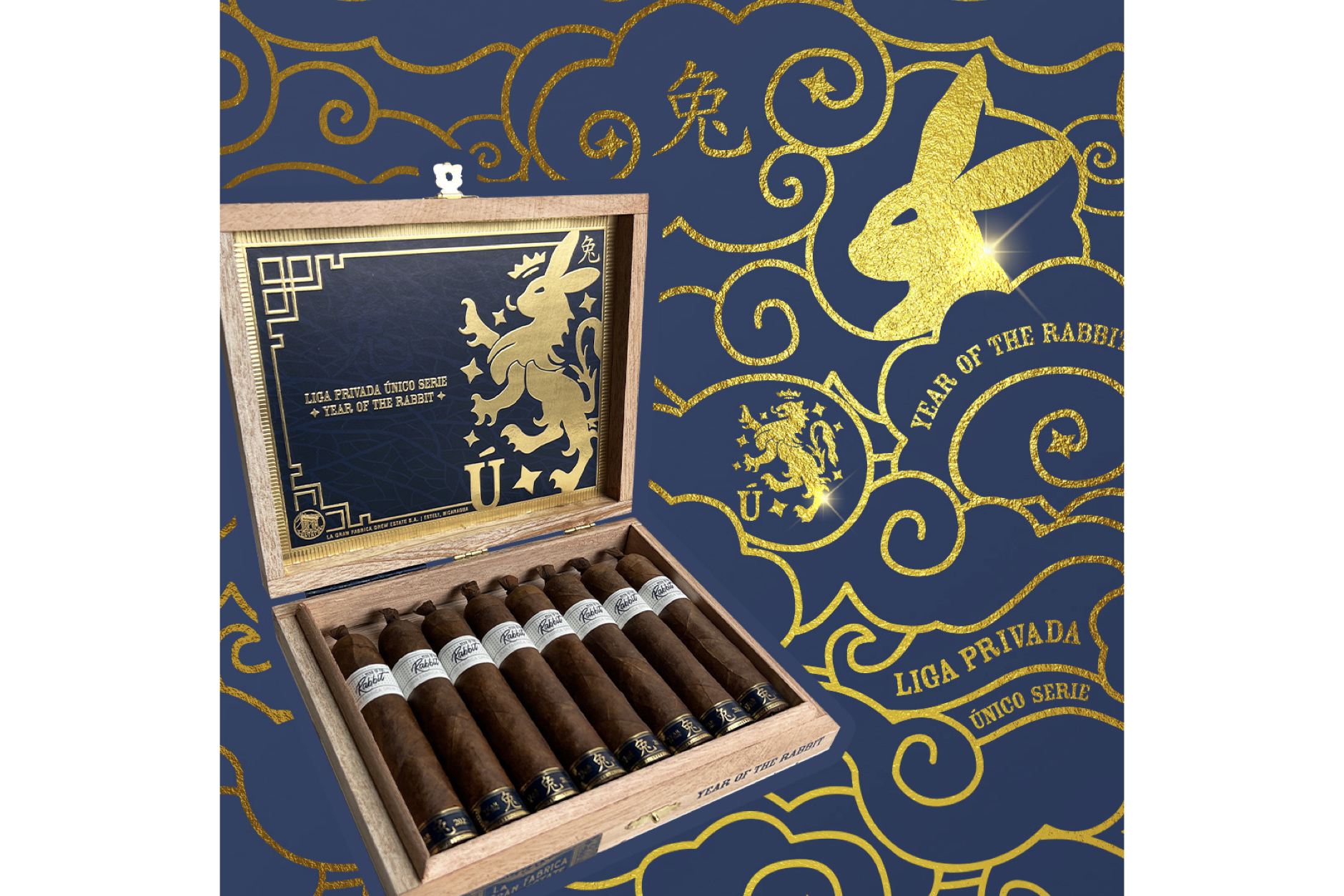 For the second year in a row, Drew Estate will release a limited edition Chinese Zodiac calendar-inspired cigar as an exclusive release for CoH Cigars, a retailer located in Hong Kong.

The Liga Privada Único Serie Year of the Rabbit is a 4 1/2 x 54 parejo that uses a Connecticut habano stalk-cut wrapper over a Mexican San Andrés binder and fillers from Brazil and Nicaragua. Each cigar has an MSRP of $27.50 and the Year of the Rabbit comes in eight-count boxes.

Drew Estate has not disclosed production numbers for this release.

“Rabbits are auspicious animals in the Chinese Zodiac,” said Jonathan Drew, president and co-founder of Drew Estate, in a press release. “They are quiet, elegant, kind and responsible … they’re gentle peacemakers that are associated with the moon goddess Chang’e, who according to legend had a rabbit for a pet. To honor the Year of the Rabbit, we created a deeply elegant cigar that’s commanding with subtle nuances and layers of smooth, bountiful smoke.”