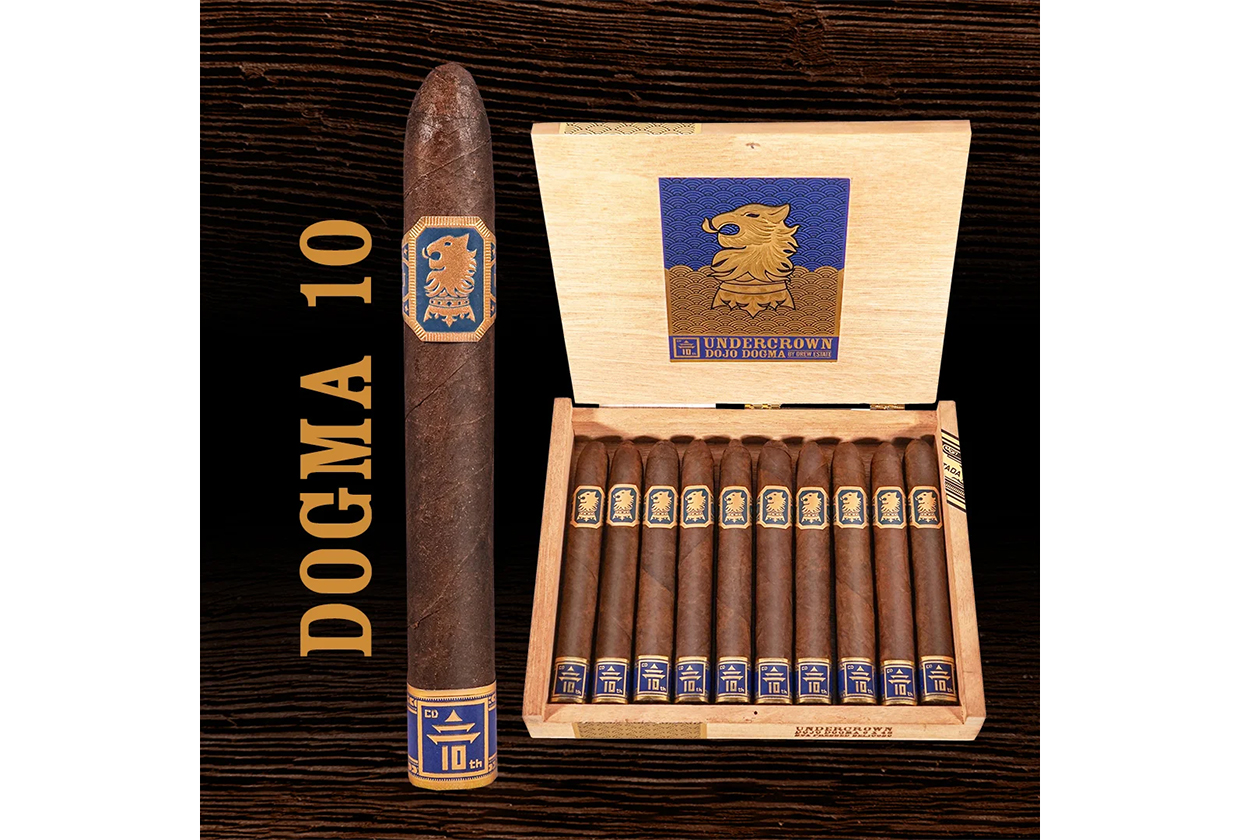 The cigar is a 6 x 46 box-pressed belicoso that uses a blend based on the Undercrown Corona ¡Viva!, with a Mexican San Andrés maduro wrapper, a Connecticut-grown stalk-cut and cured habano binder, and a filler that contains Nicaraguan habano and Brazilian mata fina tobaccos. Production is limited to 2,500 boxes of 10 cigars, which are made at La Gran Fabrica Drew Estate in Estelí, Nicaragua.

“Ten years ago, the Cigar Dojo was born…a unique platform where cigar smokers all over the world can enjoy a fine smoke together,” said Eric Guttormson, Cigar Dojo’s owner and Master Sensei on Dojoverse.com, via a press release. “To celebrate this monumental occasion, we have once again partnered with Drew Estate and created a very special cigar that represents who we are, what we stand for, and why we love this culture. Like Cigar Dojo itself, Undercrown Dojo Dogma is a cigar created by cigar lovers for cigar lovers.”

The cigars will debut at a launch event on Dec. 9 at Smoke Inn Cigars in Boynton Beach, Fla., and then will begin shipping to Drew Diplomat Program member retailers on Dec. 12. Pricing is set at $11.70 per cigar and $117.08 per box.

“This is one of the most gorgeous products we’ve released to date in the Undercrown brand, it’s nothing short of spectacular in every way,” said Jonathan Drew, founder and president of Drew Estate, via a press release.

Drew Estate first released the Undercrown Dojo Dogma Maduro in 2014 when it was released in celebration of the first anniversary of Cigar Dojo, an online cigar-centric community. It has since become an annual release, offered in a a box-pressed 6 x 56 toro gordo vitola.