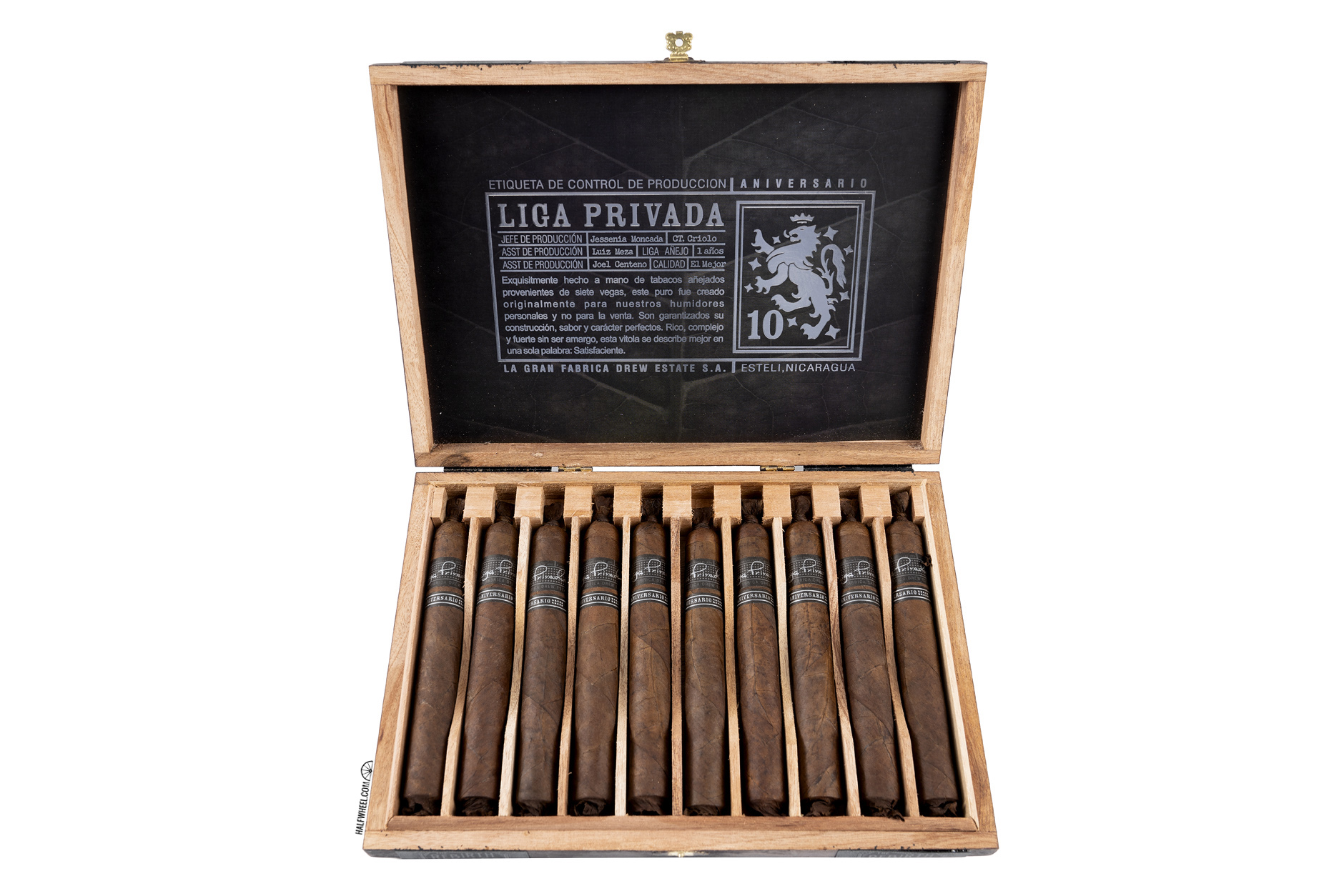 The Liga Privada 10 Aniversario Connecticut Criollo will now be offered to select retailers as a regular production offering.

Drew Estate says that it will allow qualifying retailers that are part of the company’s Drew Diplomat Program to order the cigars on a monthly basis. This marks a notable change from how the cigar has been sold up until this point. When Drew Estate introduced the cigar in late 2018, the company sold them to retailers using a raffle system to select which 10 retailers receive a shipment of just four boxes.

The Liga Privada 10 Year Aniversario Connecticut Corojo is offered in a 6 x 52 toro size that features a covered foot and a unique cola de pescado cap, which the company says takes 30 seconds to make. Blend-wise, it uses a criollo-seed wrapper that is grown in Connecticut, a Mexican San Andrés negro binder and Nicaraguan and Pennsylvanian fillers, including Green River One Sucker ligero. “Liga Privada 10 Aniversario is a tribute to the remaining old-school tobacco growers in the Connecticut River Valley who produce the capas for Liga Privada,” said Jonathan Drew, co-founder of Drew Estate, in a press release. “The magnificent cigar also honors our loyal consumers who’ve stood by our side through the ups and downs all these years. Today’s news is certainly welcome, as more people will now get to experience Liga Privada 10 Aniversario’s bold, luxurious and commanding presence … so let’s get luxuriating, party peoples.”

Last year, the company added a second size called A Savage Feast, which is only offered at select events.