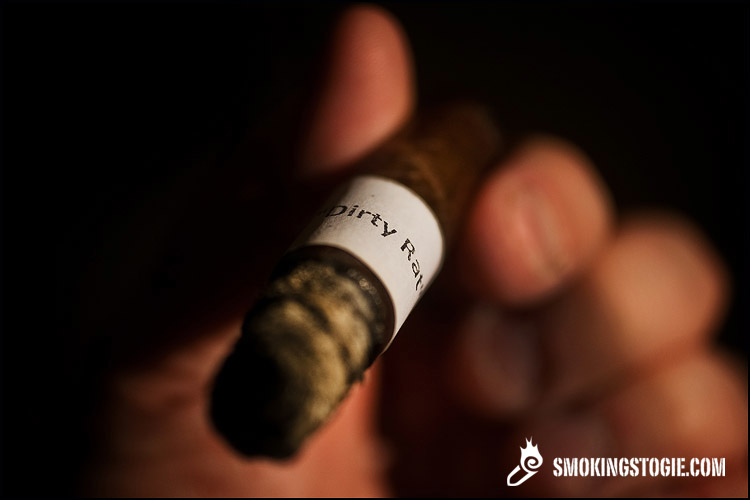 Along with the Liga Privada No. 9, Drew Estate President Steve Saka has been working on a new blend, the result is the so called “Rata Sucia,” Spanish for “Dirty Rat.” This is currently being produced in very small numbers only for Saka and a few lucky people inside and outside of the company.

According to a quote from Saka:

(The “Dirty Rat” is a) byproduct of a project I was working on with Nicholas (Melillo) to try and recreate that LP #9 flavor in a corona size…which btw we never did get right imo, however while trying to do so Luis (our lead torcedor and gallery supervisor) came up with an amazing blend utilizing the techniques we developed together.

Saka has said in various postings and emails that this is a cigar that will most likely never see regular production, since the corona is made with seven different tobaccos: five different fillers in addition to the wrapper and binder. In fact, it costs almost the same to produce it in a corona as it does to make it in a Liga Privada No. 9Double Corona size, and it apparently needs to be made in the corona size to keep the flavor and strength profile.

The first thing I noticed about this cigar when I saw it, besides the ultra simplistic bands, was the pigtail, which I have always loved on a cigar. The wrapper is a fairly dark chocolate brown, and there is a bit of oil, but not near as much as on the regular No. 9 or the Tatuaje T110. The cigar itself is very firm, but not overly much so, and it smells of pepper, sweet chocolate and cinnamon. The cold draw draw had flavors of pepper and cinnamon as well.

Immediately after lighting it up, I was almost overwhelmed with a bomb of spice on my tongue and the back of my throat. Honestly, it surprised me with its intensity, and I was a bit taken aback by it. The spice did calm down a bit after the first twenty puffs or so, allowing me to taste a bit of chocolate and just a touch of oak. 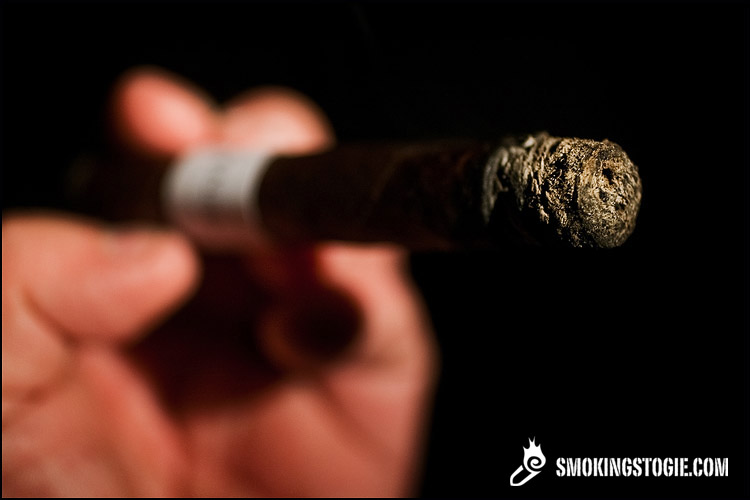 As the second third started, the spice calmed down, but only just a bit, and I could still taste it in the back of my throat. However, I also started tasting other flavors: a bit of cloves and cinnamon, but not a sweet taste — more tart than sweet.

The final third is where this stick shines, the spice came back with a vengeance, like a tidal wave, but interestingly, did not overpower the other flavors like it did in the beginning, just underneath the spice was a very heavy, meaty taste, along with a strong flavor of leather that continued until the end. Also, I honestly did not notice how strong this stick was until about halfway through the last third, and that was where it hit me. 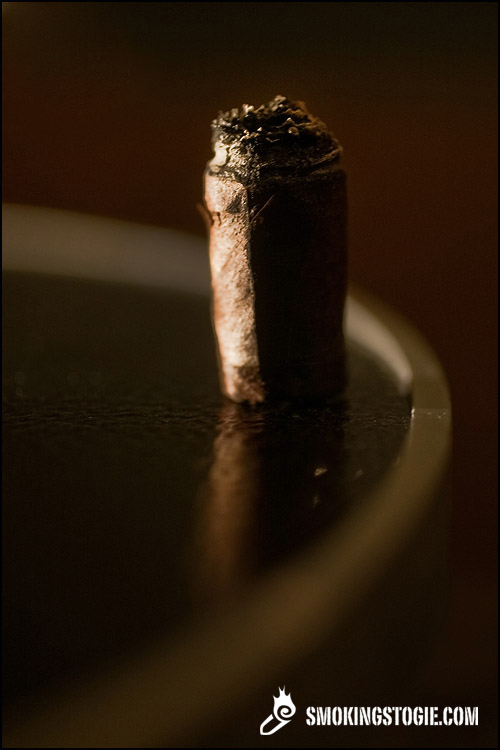