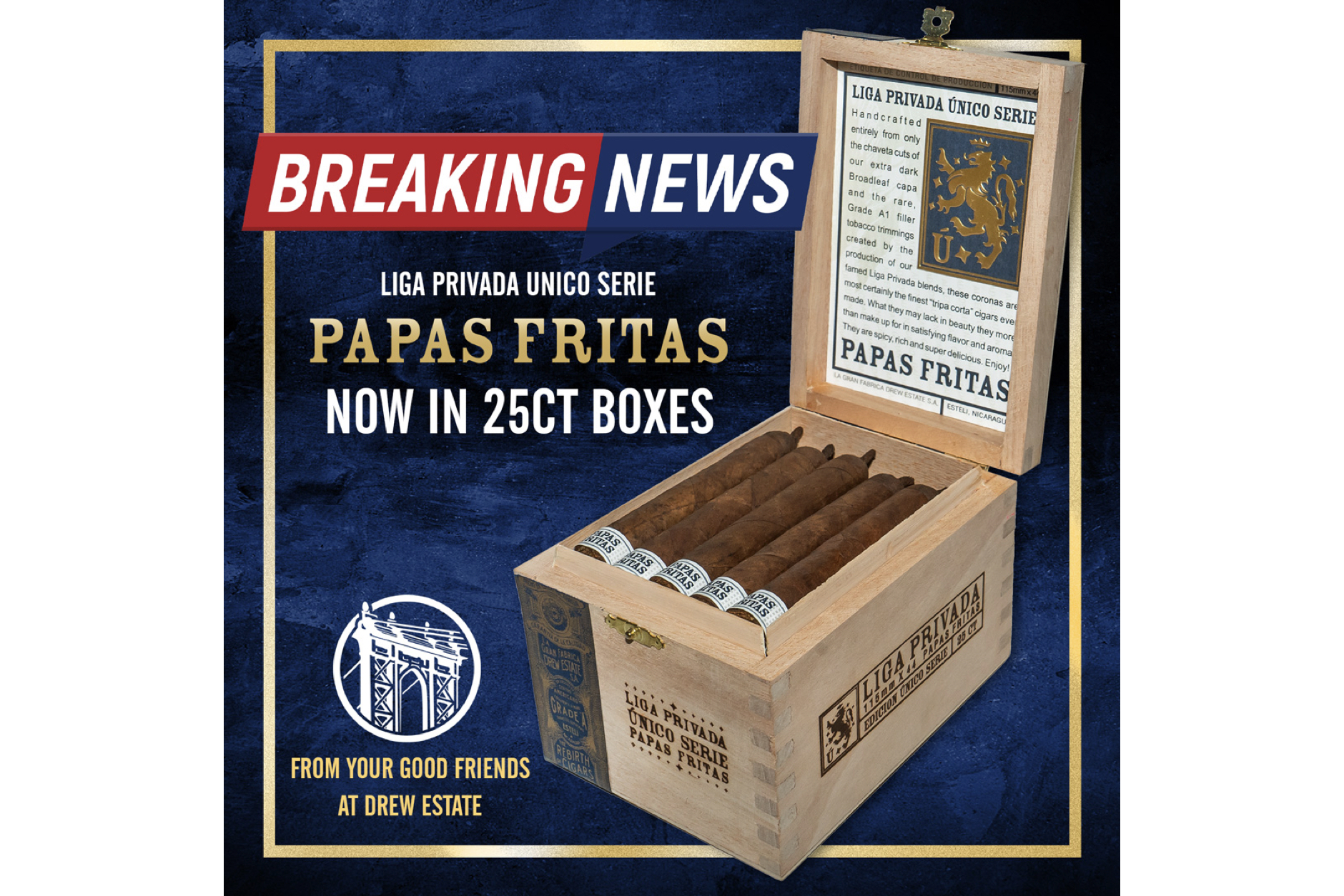 Drew Estate has announced that is changing the Papas Fritas from 50-count boxes to 25-count boxes. This is actually the second time the Papas Fritas packaging has changed since the cigar was introduced in late 2012. The cigars were originally sold in tins of four cigars, themselves packaged in wooden boxes that held seven tins or 28 total cigars.

The Papas Fritas is a 4 1/2 x 44 corona that uses a Connecticut broadleaf maduro wrapper over a Brazilian mata fina binder and Honduran and Nicaraguan fillers. It was designed to utilize smaller cuts of tobacco that were leftover after Drew Estate makes its various other Liga Privadas cigars.

“Papas Fritas punch above their weight class with lots of rich heartiness that grabs your attention from the first pull,” said Jonathan Drew, Drew Estate’s co-founder, in a press release. “These gnarly little knockouts have extraordinary character that makes people crazy, asking ‘How they pack that little beast with so much flavor?’ I feel good about the shift from 50- to 25-count, as it makes it a bit easier for our Liga Freaks to snap up a box all quick and easy, like ‘Don’t worry, Flavor’s vision ain’t blurry.’ That’s Public Enemy by the way.”