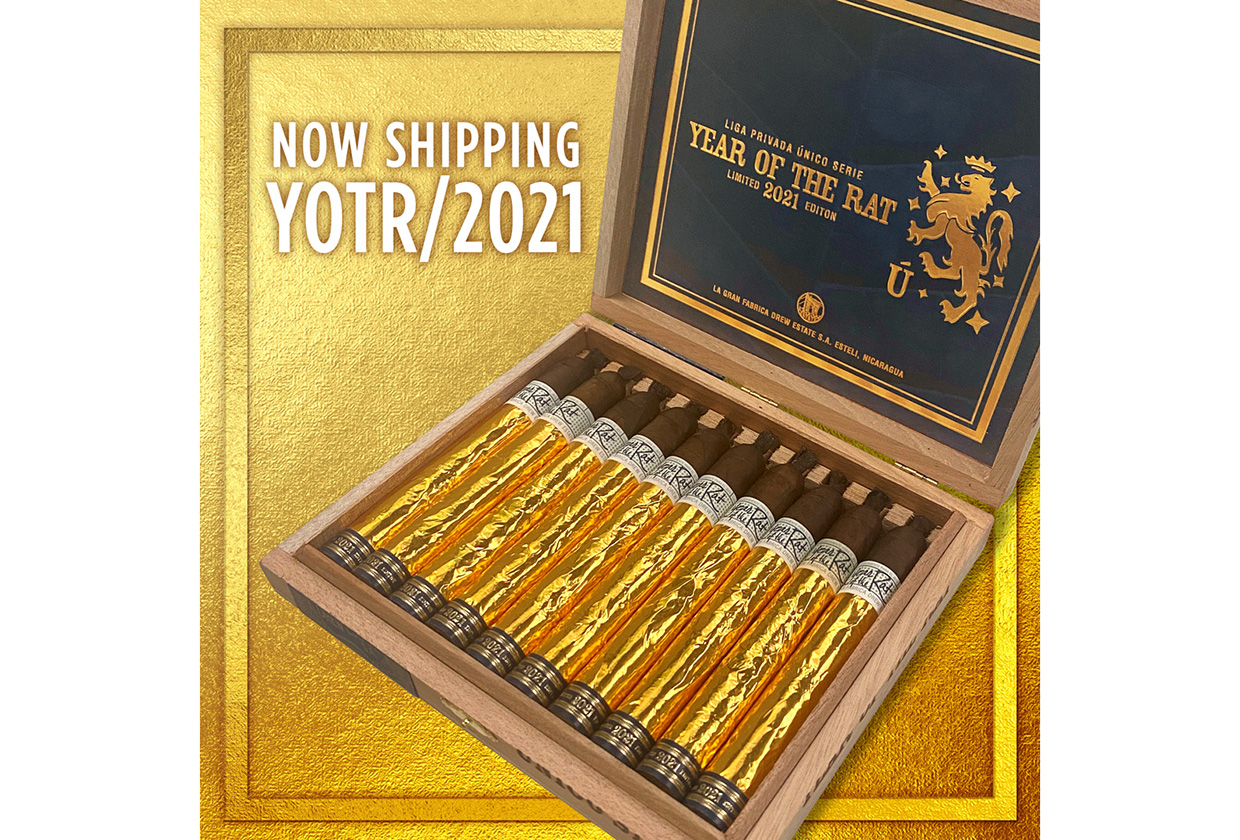 Drew Estate Begins Shipping 2021 Edition of Year of the Rat

The 2021 version of the Liga Privada Único Series Year of the Rat is on its way to Drew Diplomat Program retailers.

In 2020, the cigar was re-released as an event-only cigar for Drew Diplomat Program retailers and with the tie-in to the Zodiac calendar, as 2020 was the Year of the Rat on that calendar. Now, it is available as a more readily available offering.

The cigar returns in its same 5 1/2 x 46 corona gorda vitola in which it debuted, with the blend using a Connecticut broadleaf wrapper, Brazilian binder and fillers from Nicaragua and Honduras. It is offered in 10-count boxes, with individual cigars having an MSRP of $16.40 and coming wrapped in gold foil. The company has not disclosed production numbers for the 2021 edition.