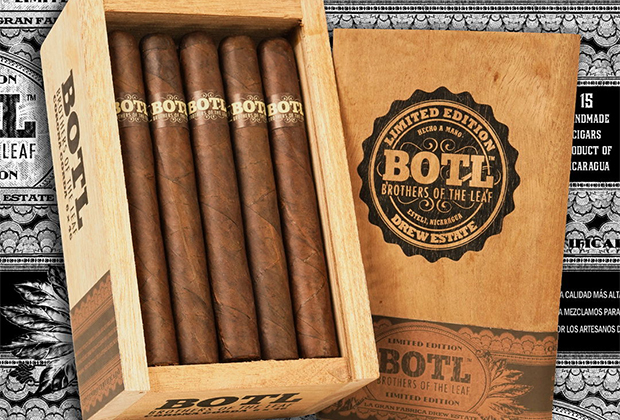 Drew Estate has announced that it will be bringing back the limited edition BOTL line for 2020, with it slated to arrive in stores this August.

The majority of details are the same about this year’s installment, meaning the blend uses a Connecticut broadleaf wrapper, Ecuadorian Connecticut binder and fillers from Nicaragua. It returns in the same three sizes, though prices have slightly decreased from 2019:

Like the 2019 version, this year’s is also a limited edition, though the company is not disclosing how many are being produced, nor is it commenting on how the number compares to last year’s. What a spokesperson did indicate is that the line is slated to become an ongoing limited edition release during the summer months.

BOTL.org is an online community of cigar smokers, with the name an acronym for Brothers of the Leaf. The BOTL.org name has been on several cigars over the past decade. The first cigar to use it came from Pinar del Río—now PDR Cigars—in 2010, with a follow-up released in 2013. Drew Estate then joined in making cigars for the online community in 2012 and 2013. Those cigars were limited to just a single retailer.