During a live Facebook event on Thursday night, Drew Estate announced that it will be celebrating the 10th anniversary of its Undercrown line with a new cigar called Undercrown Ten. 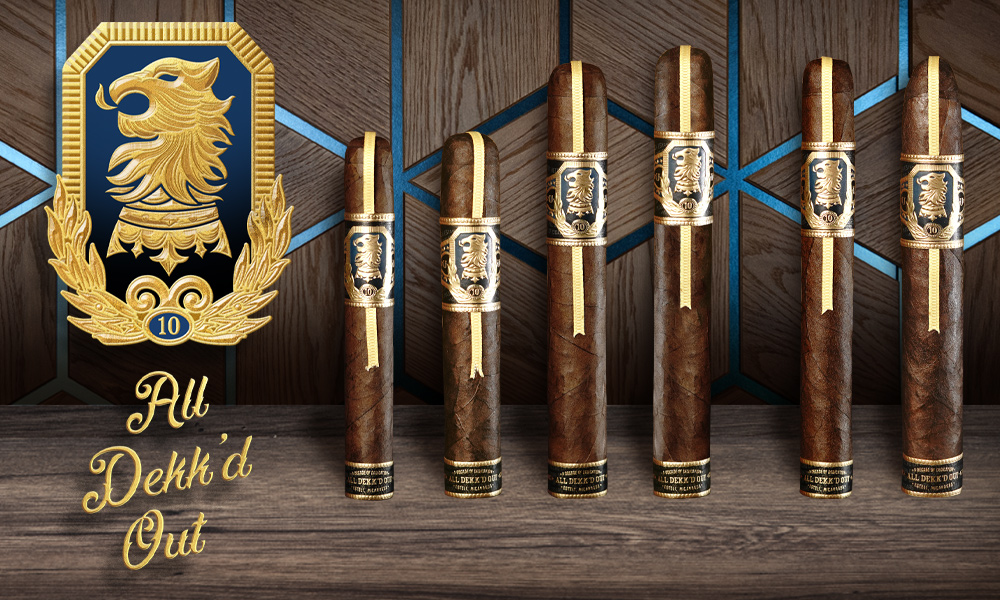 It is being offered in five sizes, the first four of which will be core vitolas:

The lonsdale is a “factory floor edition,” a limited edition that will come with 20 lonsdale cigars as well as puritos of the individual blend components, which will give consumers the opportunity the cigar’s individual components as well as in its finished form. That cigar will debut in July, while the other four sizes will begin shipping this month.

Additionally, there will be an event-only release called the Undercrown Ten Tuani that will be available at events with Pedro Gomez, Drew Estate’s factory ambassador. It’s a 6 x 52 belicoso that will come in a two-count box. In a unique twist, Drew Estate has already sold one vitola as part of Freestyle Live Event Packs. Those packs were sold through retailers and included three unbanded cigars that turned out to be the Undercrown Ten Toro. In addition, purchasers received swag and raffle tickets.