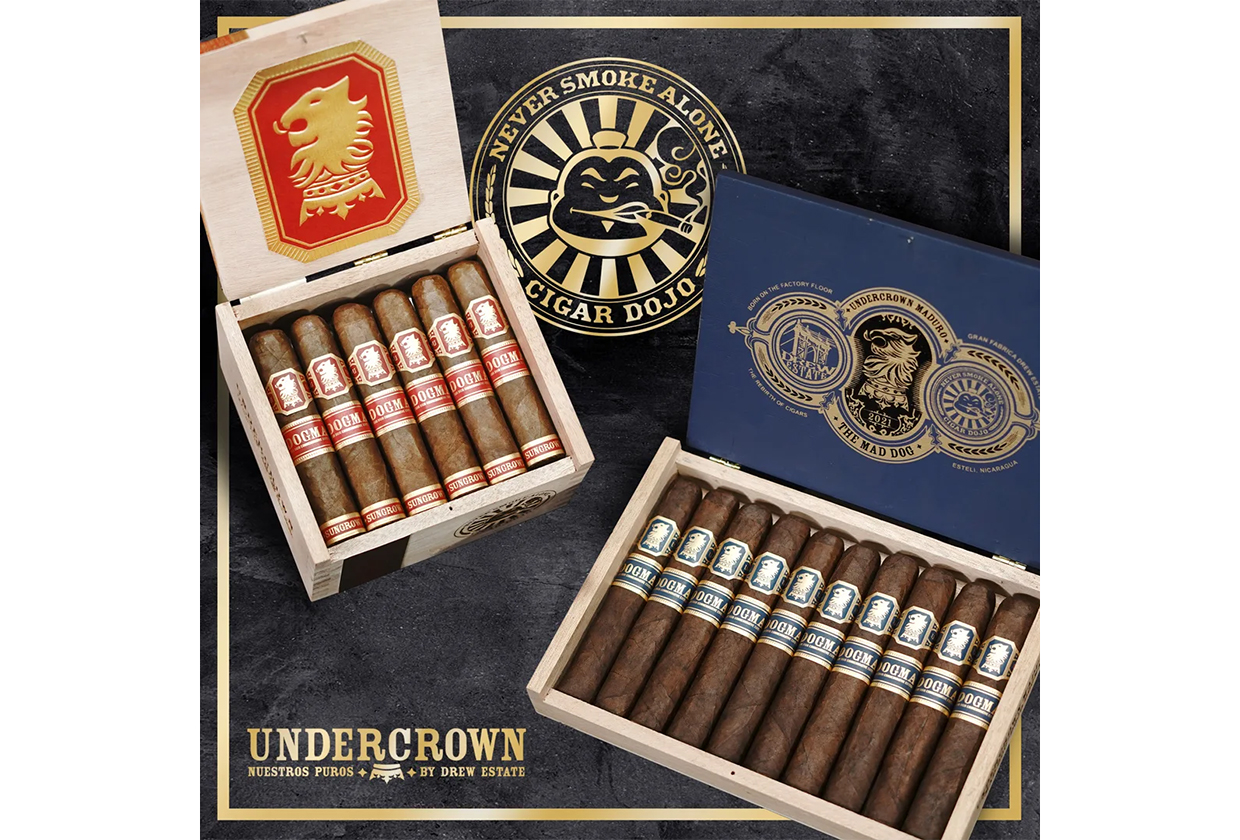 Continuing the buildup to its May 6 “Freestyle Live: Special Edition” online event, Drew Estate has announced that both the Undercrown Dojo Dogma Sun Grown and Undercrown Dojo Dogma Maduro will be returning for 2021 releases and available exclusively through Drew Diplomat Program retailers.

The Undercrown Dojo Dogma Maduro was first released in 2014 in celebration of Cigar Dojo’s first anniversary, and is a blend based on the Undercrown ¡Corona Viva! It uses a Mexican San Andres maduro wrapper, a Connecticut stalk-cut and stalk-cured habano binder, with the filler consisting of Nicaraguan habano and Brazilian mata fina leaves. It is offered in a box-pressed 6 x 56 toro gordo vitola and packaged in 10-count wooden boxes that have an MSRP of $112, which works out to $11.20 per cigar.

The Undercrown Dojo Dogma Sun Grown debuted in September 2020 and uses an Ecuadorian Sumatra sungrown wrapper, Connecticut River Valley stalk-cut and stalk-cured sun-grown habano binder, and a blend of Nicaraguan filler tobaccos, including a leaf of extensively-aged ligero from the Nueva Segovia region along the Nicaraguan border of Honduras, which the company says provides extra body to the blend. The Undercrown Dogma Sun Grown is packaged in 24-count wooden boxes that have an MSRP of $258, which works out to $10.75 per cigar.