California-based Drew Diplomat retailers will have access to the ACID All City, a 5 1/2 x 52 robusto that uses an Indonesian wrapper and a unique ACID infusion. It comes priced at $9.60 per cigar, before taxes, and is offered in 24-cound boxes priced at $230.40. The cigar gets its name from a graffiti term to show that your art can be seen everywhere, and with the cigar getting statewide distribution, the term was a fit. 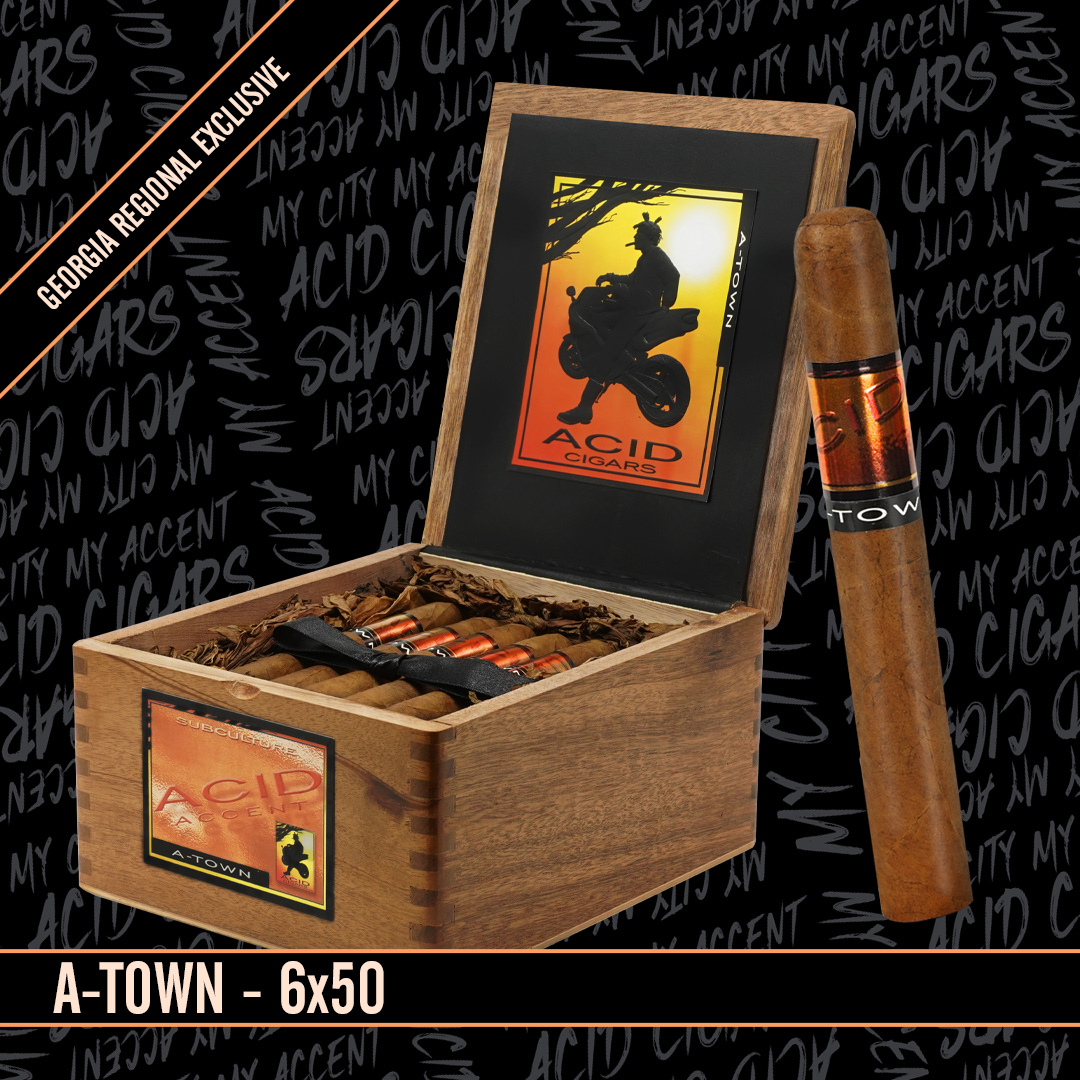 For Drew Diplomat retailers in Georgia, the company has created the ACID A-Town, a 6 x 50 toro that also uses an Indonesian wrapper with what the company calls a “pleasing infusion and room note.” It is priced at $9.68 per cigar or $232.32 for a box of 24 cigars. Building on the idea that everything is bigger in Texas, Drew Diplomat stores in the Lone Star State will get the ACID True Grit, a 6 x 60 gordito highlighted by an Ecuadorian Connecticut wrapper and a bold infusion. It is priced at $10.50 per cigar or $105 for a box of 10 cigars. Rounding out the new offerings is the ACID Pilsen, a 5 13/16 x 54 toro that will head to Drew Diplomat retailers within 40 miles of downtown Chicago. Named after the city’s art district on the lower west side, this infused cigar is wrapped in an Ecuadorian Connecticut wrapper.

“Now with regional exclusives that highlight dynamic local markets, ACID’s global scale is brought front and center to your street corner, your hood, your barrio, your geitoniά (that’s Greek for Ike and our other Greek peoples out there) and all sorts of spots, uptown to down, BK to MD and beyond meat,” said Jonathan Drew, fonder and president of Drew Estate, via a press release.

All of the cigars are shipping to their respective retailers as of Oct. 23.