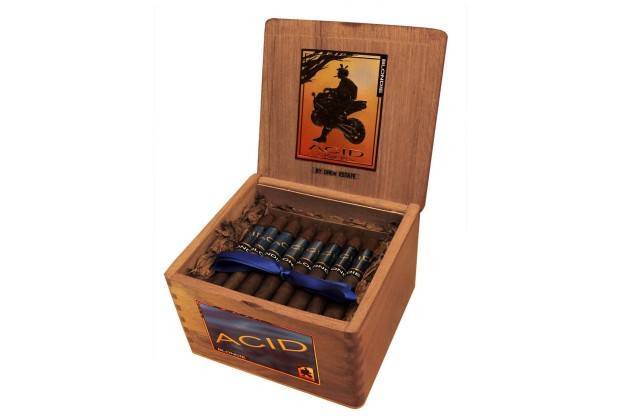 The popular ACID Blondie line is getting a new wrapper option, for those who want a slightly bolder version of the popular infused cigar from Drew Estate. The ACID Blondie Maduro will debut tomorrow at the 2014 IPCPR convention and trade show.

Last year, the company showed off new versions under the Blondie name as part of its G-Fresh program for c-store and other non-traditional cigar outlets, but now, Drew Estate has crafted a Blondie with a Mexican San Andrés maduro wrapper for sale at all authorized retailers. Blondie is a 4 x 38 size in the ACID Blue line and is believed to be amongst the most popular cigars Drew Estate produces.

Pricing and a ship date have not been announced. All ACID cigars are rolled at the company’s La Gran Fabrica Drew Estate factory in Estelí, Nicaragua.