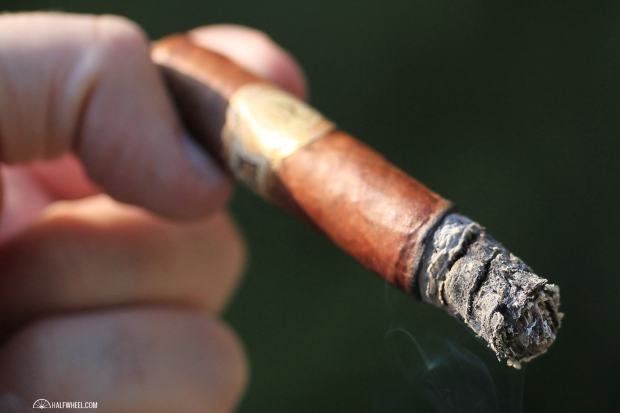 In September, Warped Cigars gave its Twitter followers the heads-up that a new limited edition would be coming out before the end of the year when it posted a message saying that “a special release of 100 boxes” will be coming out of Miami.

The project would eventually be announced as the Don Reynaldo Coronas De Luxe, a single vitola release named for the father of Kyle Gellis, Warped Cigars’ founder.

Like two of the company’s other two lines, El OSO and La Colmena, the cigar comes out of El Titan de Bronze in Miami’s Little Havana neighborhood. When the cigar was formally announced, Gellis said that “growing up he taught me about cigars and the lifestyle that accompanied them,” adding that his father instructed him about things including construction issues, flavor profiles, the proper way to cut and light as well as the art of cigar smoking itself. “My passion would not have been ignited if it wasn’t for him. I wanted to thank and honor him for all the support he has given me and blend a cigar that combined the flavor profiles he loved.”

Warped announced the 11 retailers who are carrying the Don Reynaldo on Nov. 12; they are:

The release of the Don Reynaldo caps off an impressive year for Warped that saw the company make its IPCPR Convention & Trade Show debut with a new focus on cigars after focusing more on accessories following its relaunch in 2012. 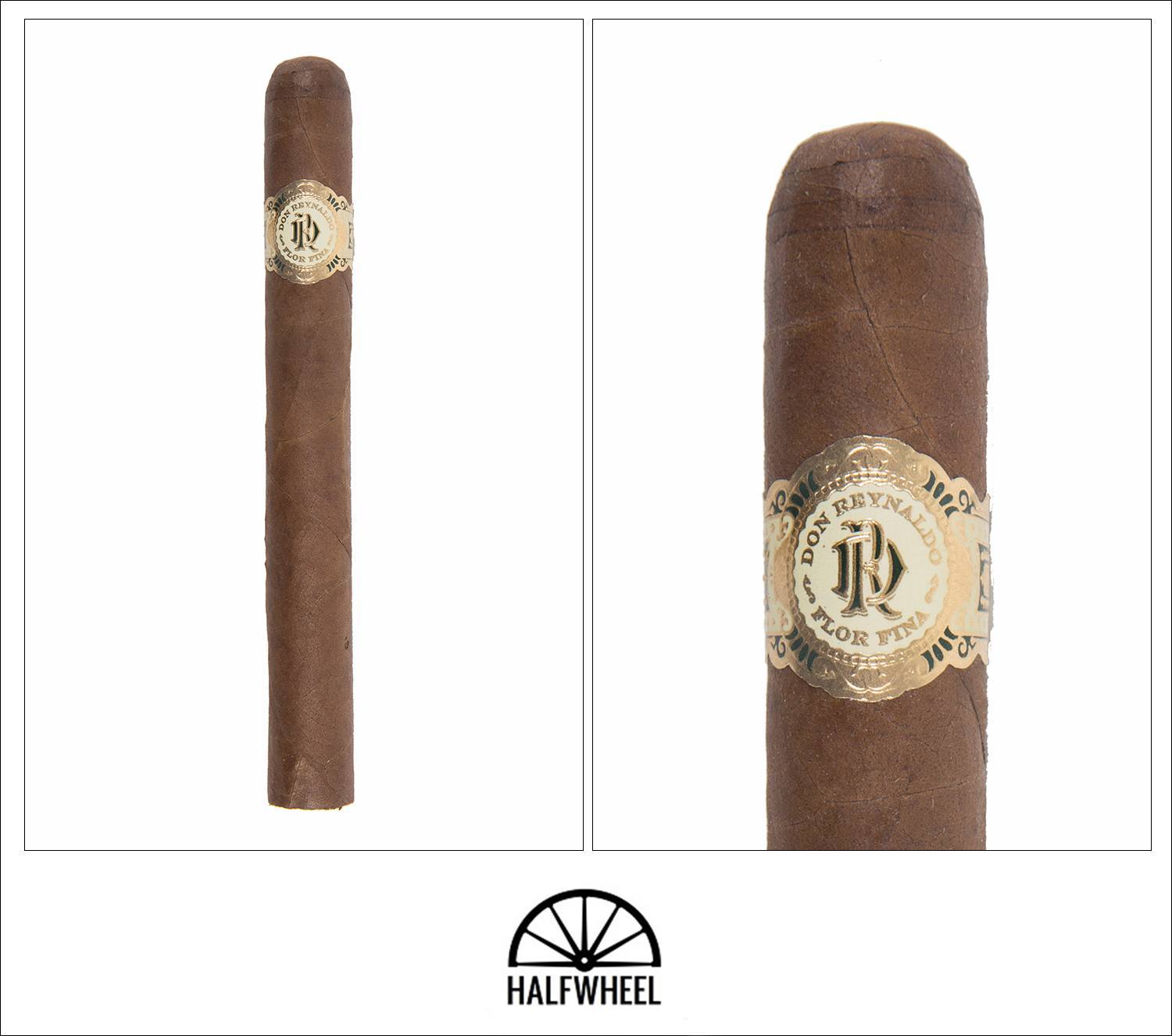 The wrapper is a gorgeous butterscotch hue that is enhanced by the gold and cream-colored band as well as a bit of crystallization on the leaf—at least that’s what I’m assuming it is and now some flecks from the band that have fallen onto the tobacco. It’s a firm cigar below the band with a bit of give above it, with a virtually seamless cap save for the final piece that is laid on top of the cigar. There are a few small veins along the cigar and the seams are visible and a bit jagged at times but otherwise the roll looks clean and even. Off the foot I am greeted by a thick apricot note, while the cold draw leads with a bit more dry wood note before revealing the same apricot flavor.

it doesn’t take much to get the Warped Don Reynaldo lit, and as soon as the foot starts changing color I get a plume of smoke that has an excellent balance of wood and sweetness, the latter much like what I picked up off the cold draw. Within the first inch the flavor turns a bit more towards the wood and sheds the fruit in favor of pepper, a combination that brings the cigar a bit more alive than it had been before, though the merits of doing so could be debated as there was little wrong with what was being offered in the first puffs. There’s also a bit of earth in the flavor, though its proportion was a bit inconsistent from cigar to cigar. The Don Reynaldo burns well through the first third with a sharp and even burn line, a slightly firm draw and ash that holds on about as well as what I could expect from a corona vitola. Retrohales have been very enjoyable with a good bit of pepper but nothing over the top. Pepper dies down just a bit approaching the second third and the overall strength of the flavor soon follows, a quick deflation of intensity while maintaining decent body and balance. The cigar nudges up to the medium mark in terms of strength at a few points early on, but generally stays just shy of it while still delivering plenty of flavor. 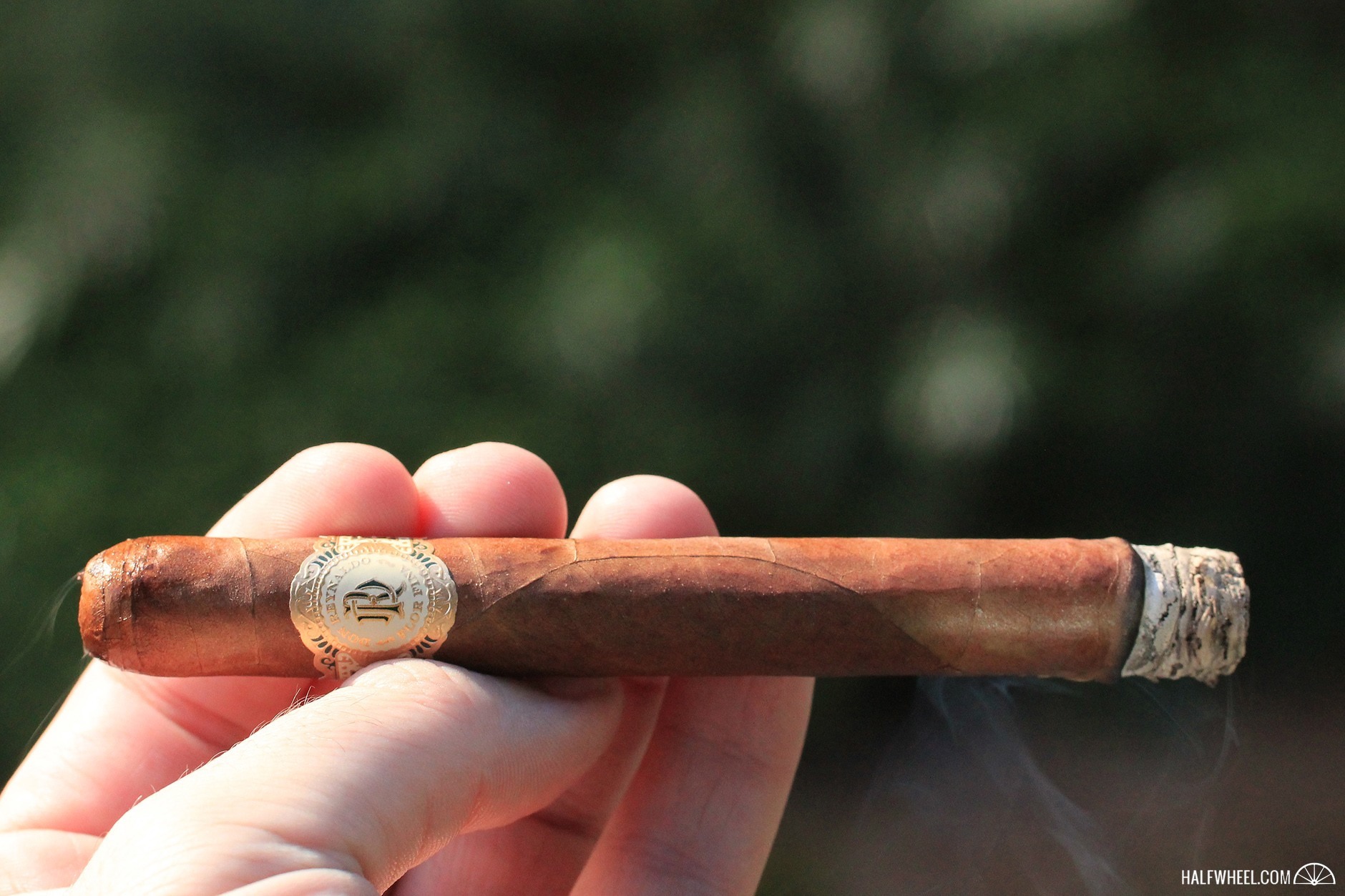 While I’m not sure the leaves were laid out in a tips-to-the-foot approach, the flavor of the Don Reynaldo would certainly suggest as much as the flavor lull segues the cigar into the second third, giving the cigar an enjoyable respite that is awoken by some sharper pepper notes than were found earlier. There’s a very subtle wood note that comes out around the midpoint and when combined with the white pepper I’m picking up creates a flavor and aroma sensation that is engaging without being overpowering. Retrohales still pack a manageable kick from the pepper and might be too much for a class on how to execute the technique but will be handled and enjoyed by more experienced noses without issue. A noticeable shift in flavor queues up the Don Reynaldo for its final third as a pronounced chalk note starts to emerge and seems to magnify the white pepper  on both senses. While the burn line has been sharp and even, there have been a couple of spots where relights were needed in the first cigar smoked. 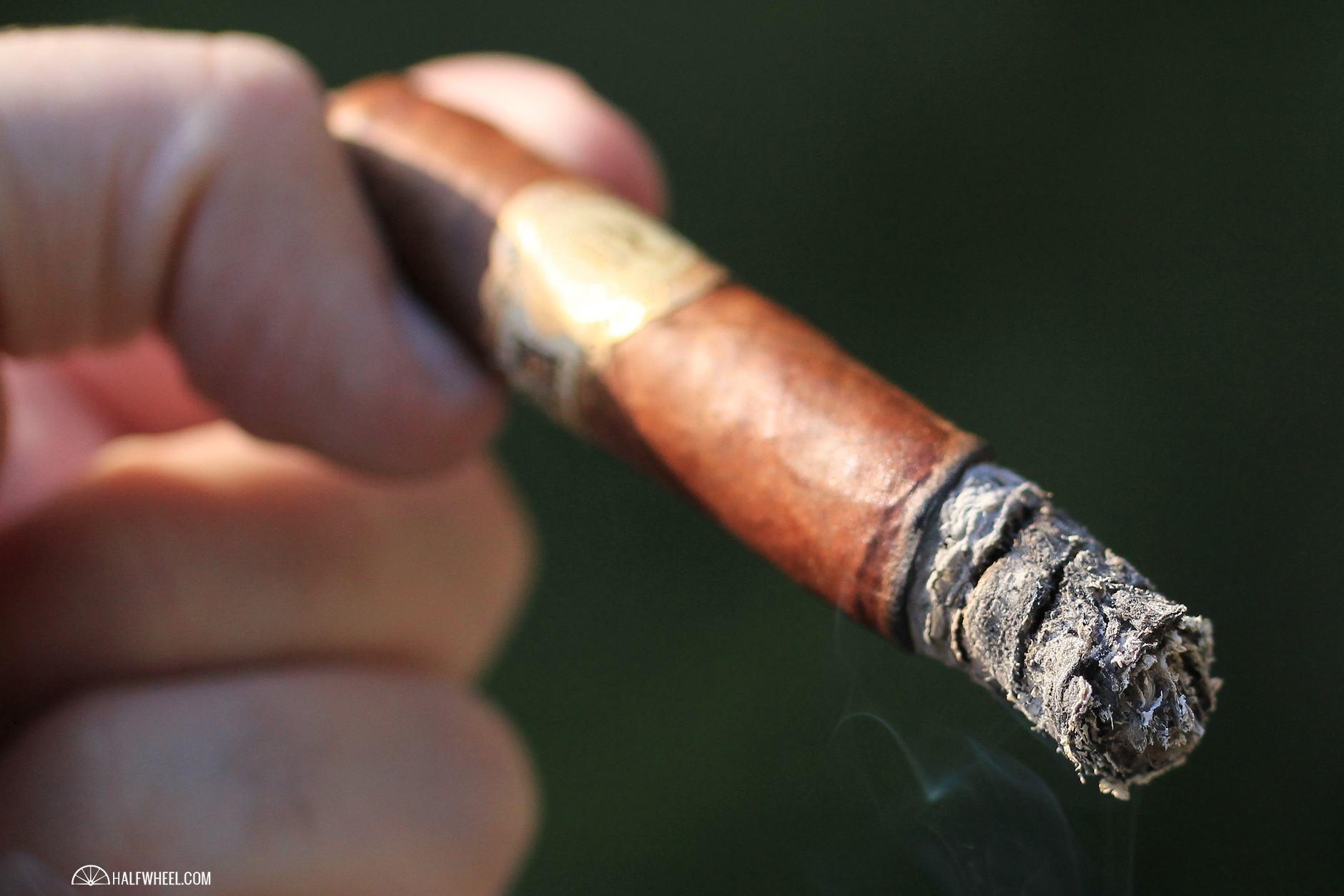 The flavor shifts again in the final third of the Don Reynaldo, picking up a slightly metallic taste that elicits a much different response on the palate than anything the cigar has offered to this point. There is just a bit of the apricot aroma that I picked up prior to the cigar being lit showing up in the aroma, a thick sweetness that is an enjoyable and almost needed contrast to the pepper and mineral notes that have become more prevalent in the final inches. The burn stays flawless and allows the cigar to be smoked down to a nub. 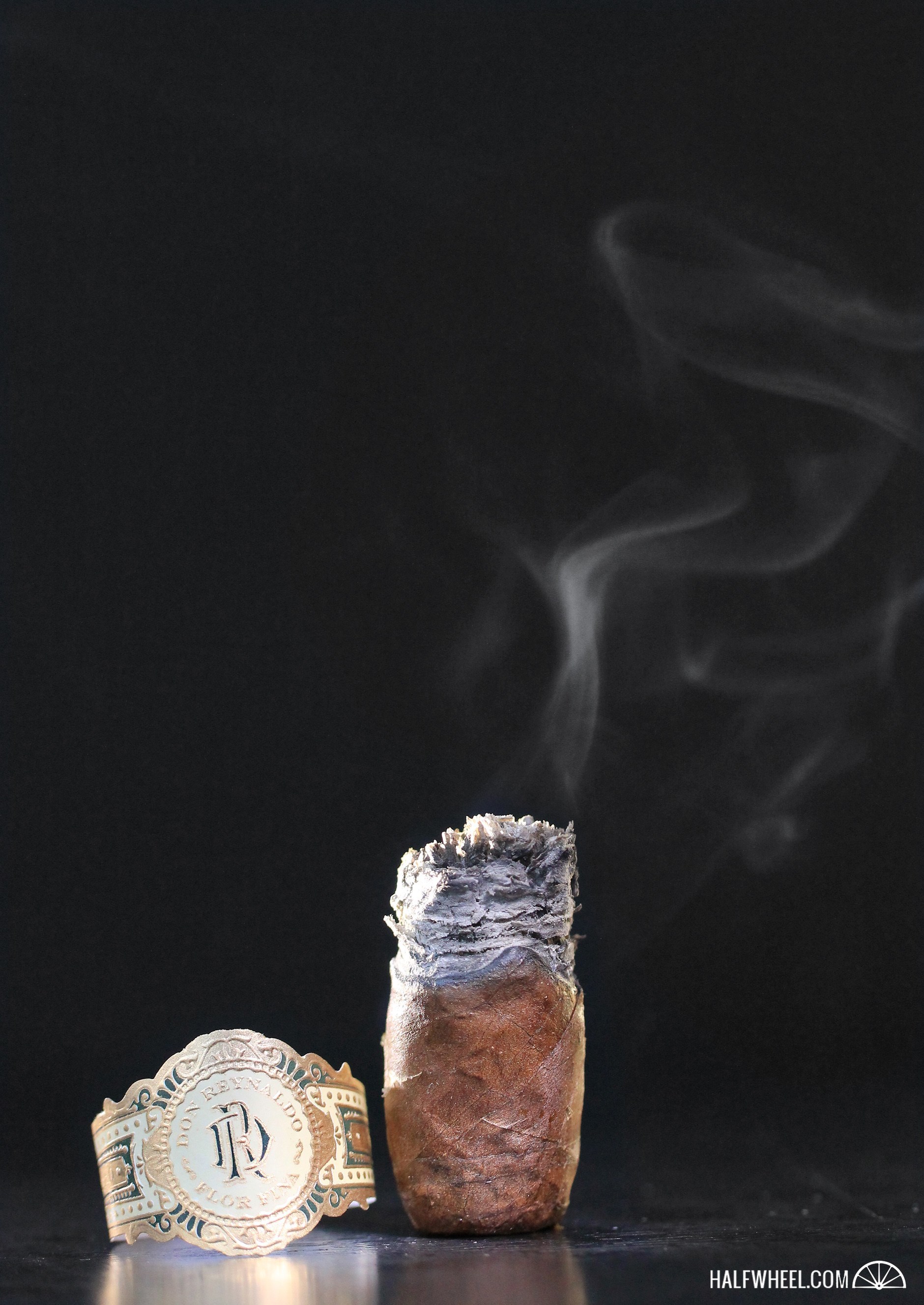 It’s unfair to a cigar to think of it in “if-only” terms, but that’s what exactly what I find myself doing as I yearn for the outstanding combination of wood and apricot that I found in the first third of the Warped Don Reynaldo. Give me that throughout the whole cigar and count me in for a box or two. The flavor journey that the cigar does offer is by no means bad or unenjoyable—quite the opposite, in fact. It never falls out of balance or becomes overpowering, using just enough pepper at seemingly all the right times to punch up the flavor just a bit. There’s just a bit lacking in the overall profile to push the cigar into that next level of complexity and desirability, and the takeaway flavors and finish don’t have me looking for another one to light up. Still, this is a solid cigar worth trying and a fitting cap on what appears to have been an outstanding year for Warped.