Earlier this year, My Father Cigars, Inc. shipped its newest exclusive release for retailers members of the Tobacconists’ Association of America (TAA.)

Named Don Pepin Garcia Original TAA Exclusive Limited Edition 2019, the new 6 x 54 toro extra is an extension to the Don Pepin Garcia line, but though unlike the rest of the vitolas in the line, it is rolled at the My Father Cigars S.A. factory in Nicaragua as opposed to the El Rey de Los Habanos factory in Miami. The Nicaraguan puro is priced at $10 each packaged in boxes of 25 and it began shipping to retailers in April.

The TAA is group of about 80 retailers as well as 40 or so manufacturers that gathers annually to discuss issues facing the industry and retailers, as well as to have its annual trade show. Typically taking place at Casa de Campo in La Romana, Dominican Republic, the show is a unique event that works on a group buying format in order to secure exclusive deals for these generally high-volume merchants.

This year, there will be 11 different exclusive releases for TAA stores: 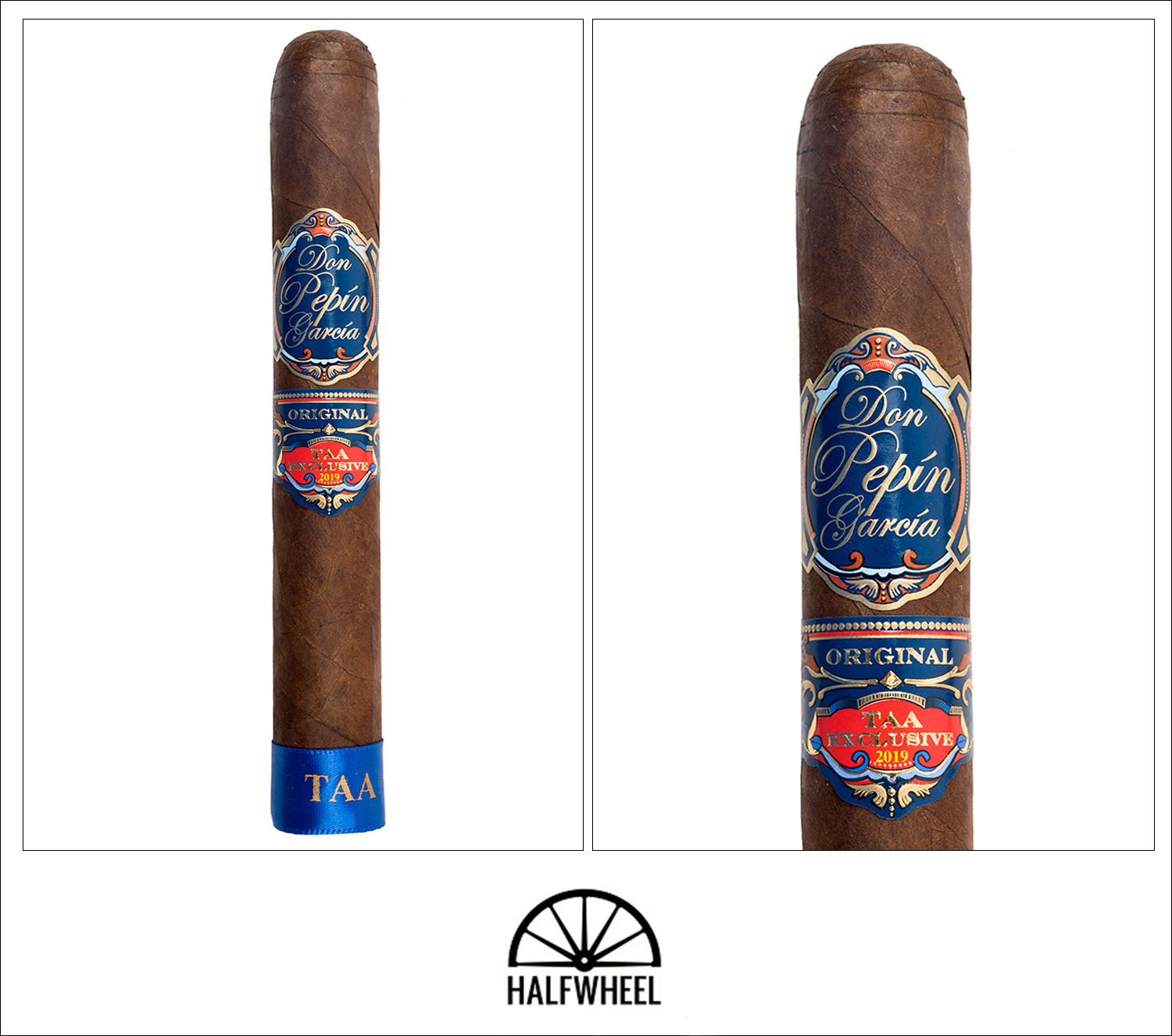 Visually, the Don Pepin Garcia TAA 2019 is covered in an amazing dark espresso brown wrapper that is silky smooth to the touch with plenty of veins running up and down its length. The cigar is just short of hard as a rock when squeezed, so it is no big surprise that it feels extremely dense in my hand. Aroma from wrapper is strong cocoa nibs, leather, earth, manure, wood chips and oak while the cold draw brings flavors of  sweet oak, hay, almonds, dark chocolate and leather.

Starting out, the first third of the Don Pepin Garcia TAA 2019 features a strong and rich espresso bean note as the dominant flavor, followed by other notes of leather tack, aged oak, grass, creamy cashews and a touch of cinnamon. There is a very nice vanilla bean sweetness on the retrohale that combines nicely with a somewhat surprisingly small amount of black pepper that is also present, along with a bit of spice on my lips. Construction-wise, the draw is excellent and while the burn is not even close to razor sharp, it is far from bad enough to need touching up at this point. Smoke production is massive and dense off of the foot while the strength is fairly mild, barely hitting the midpoint between mild and medium by the time the first third comes to an end.

While there was not much black pepper or spice to start with, both attributes seem to fall off of a cliff during the second third of the Don Pepin Garcia Blue, which does allow more of the vanilla bean sweetness to impact the profile. There is also a brand new dominant flavor—namely creamy chickpeas—which blends well with other notes of espresso beans, creamy oak, leather, earth and a small amount of floral. The draw is still excellent and the burn has evened up nicely, while the smoke emanating from the foot is seemingly never-ending. While the strength has increased a bit, the My Father still fails to hit the medium mark by the end of the second third, although I can tell that it still has more to go. Unfortunately, the result of having no pepper or spice to speak of in the profile means the final third of the Don Pepin Garcia TAA 2019 becomes mellow and a bit linear, although the vanilla sweetness that is still present on the retrohale does its best to pick up the slack. There are additional flavors of cedar, leather, barnyard, gritty earth, dark cocoa nibs, floral and cinnamon that flit in and out as well, but none of them are strong enough to come close to taking a dominant spot. In terms of construction, the draw is as wonderful as ever, while the burn is erratic but serviceable and the smoke production remains quite copious. Strength-wise, the Don Pepin Garcia TAA 2019 finally hits a wall close to the medium mark right as I put the nub down with about an inch left. While there is a bit of black pepper on the retrohale early on in the profile, those looking for Pepin’s signature “pepper kick” will not find it in the blend. Instead, the profile features a number of different flavors: rich espresso beans dominate the palate while chickpeas showed up in the profile in the second third and sweet vanilla beans are noticeable on the retrohale throughout the smoke. Unfortunately, the profile does become noticeably less distant in the final third, leading to a much cigar that is not nearly as balanced, not nearly as interesting and not nearly as enjoyable, but even at its worst, the Don Pepin Garcia TAA 2019 is well worth trying for yourself.