The Don Pepin Garcia Cuban Classic Lancero was one of two lanceros featured in the Lanceros Collection by Don Pepin Garcia. It featured five different blends in the 6 7/8 x 42 size, two cigars per blend in a 10-count sampler.

Only 1,000 samplers were released and in total, I think I purchased about a dozen. While the El Centurion and Don Pepin Garcia Serie JJ were—with reason—the cigars that got most the attention, there were enough samplers floating around the market even as recently as two years ago that I doubt the release got the attention it would have today.

Regardless, I overwhelming enjoyed all five cigars, including the Cuban Classic Lancero. Here’s what I said back in the days of TheCigarFeed:

The Cuban Classic Lancero has lost a bit of nicotine and a bit of harshness, but it’s not about what was lost. Over time, the Cuban Classic has gained an unbelievable amount of balance and detail, and that’s what makes this great. I had one a year ago, and it was good, but just not that good. I had one of Victor Vitale’s Lanceros a few months ago, they are also good, but the ones from the Holiday Sampler are just really good.

The yellowing cellophane attracted me to the cigar, which is now over six-years-old. The wrapper retains a nice rosado color with the signature pigtail triple cap. Aroma from the Nicaraguan wrapper has a ton of sweet cocoa with some touches of leather. There’s a graham cracker aroma coming from the foot with a bit of spice. More sweet milk chocolate emerges on the cold draw joined by some grass and red pepper. It’s medium, yet still quite flavorful.

Sweet cedar, nuttiness and leather dominate the first few puffs of the Cuban Classic Lancero. There’s an insane amount of detail to the cedar note and a secondary array of flavors that includes chocolate raisins and spices. The flavors make it for a half minute with cedar being prominent on the finish, and then it disappears from the palate. As it burns, I am reminded of the smooth and layered approach these cigars have matured to. Roasted apples mix with the cedar and wet leather in the middle of the cigar, while the finish has this interesting wine, cedar and bread mixture. The signature molasses note makes itself known in the second and final third. Unfortunately, I’m unable to pick up any creaminess as I did a few years ago. The flavors begin to stay in great form until below the inch mark, when the leather and spice begin to dominate to some detriment. 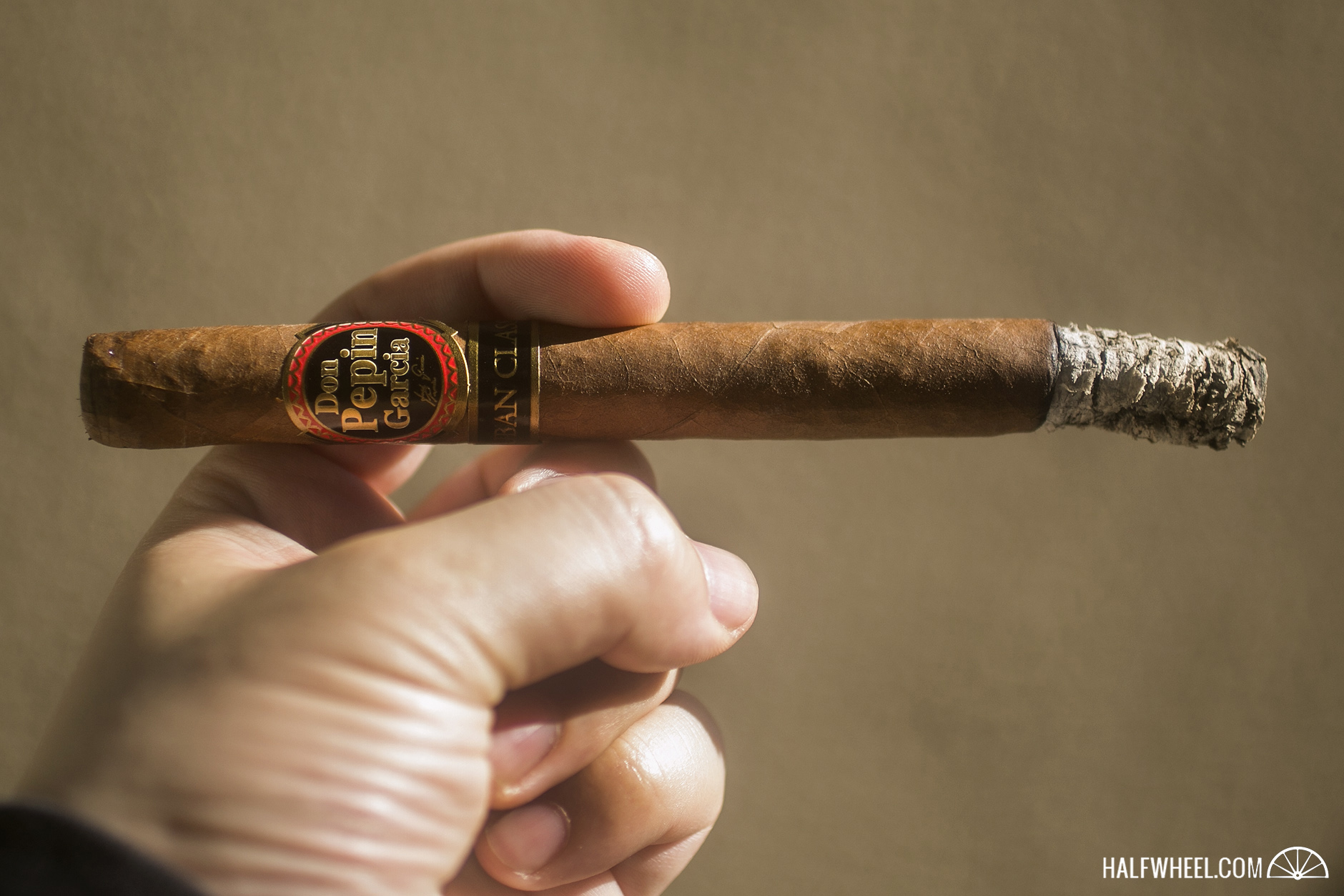 Construction-wise, there’s little complaints. Inch and a half chunks of even ash emerge and hold on well. The draw has the ideal amount of resistance for a lancero—although in all honesty, the vitola isn’t that far from a lonsdale—a moderate pull on the draw unleashes a bouquet of smoke. Strength is mild-medium, while the flavor is medium-plus, a definite change since the last time I reviewed the cigar.

While the final third was not as magical as I remember, the first and second thirds are doing a lot better. This is a great cigar, one that I would love to have a cabinet of to smoke out of every few months. It’s a great example of a complex cigar with layers of flavor. I still think I enjoy the two JJs more, but to be quite honest, this is smoking better than my beloved El Centurion Lancero.