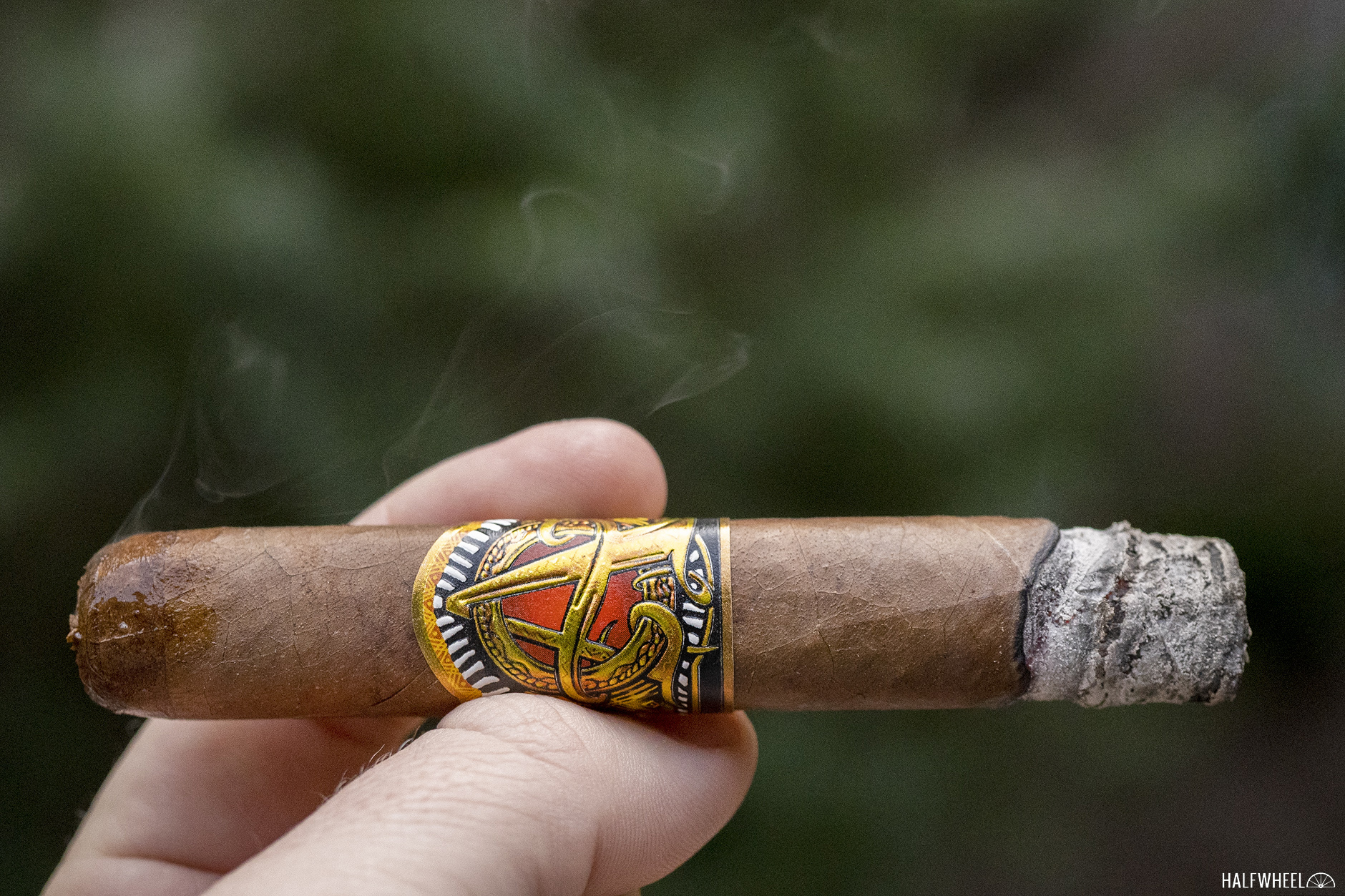 When talking about cigars, the continent of Africa is not one that usually comes to mind either for tobacco or where factories are located. Unless talking about Cameroon wrapper, the country is rarely mentioned, if at all.

However, for Nestor Miranda of Miami Cigar & Co., the continent holds a special place in his heart following a safari that he took and which ended up inspiring a cigar line, the Don Lino Africa.

The original Don Lino line launched in 1989, which was the same year that Miranda and his wife, Mariana, launched Miami Cigar & Co. It would be just over 15 years later when the Don Lino Africa line launched. While the line remained part of the company’s catalog, it had faded from store shelves in recent years. In 2019 the company announced that it would be bringing it back as part of its 30th anniversary celebration, and it would be getting a few changes.

Most notably was a reworking of the blend by seemingly the most in-demand cigar blender at the moment, Abdel Fernández.

“AJ and Nestor have known each other for years, and AJ’s commitment to artistry in tobacco blending is known throughout the industry,”said Jason Wood, vice president of Miami Cigar & Co., via a press release. “We are thrilled to be able to announce this partnership and quickly fell in love with his interpretation of Don Lino Africa. It is an exotic, complex blend that captures the original spirit of the line perfectly.”

The blend utilizes an Ecuadorian habano 2000 wrapper, a Cameroon binder and a mix of Dominican piloto and Nicaraguan tobaccos from Estelí, Jalapa and Ometepe in the filler. The line is being made at Tabacalera AJ Fernandez Cigars de Nicaragua S.A. in Estelí, Nicaragua. “There is a mystery and depth to Africa that captivates my spirit, always drawing me to come back,” said Miranda in a press release. “This blend captures the way going there makes me feel. It’s truly an amazing, even mesmerizing cigar.”

After being shown off at the 2019 IPCPR Convention & Trade Show in July, the line began shipping to retailers in November. It is offered in five sizes which get their names from Swahili names for various animals. 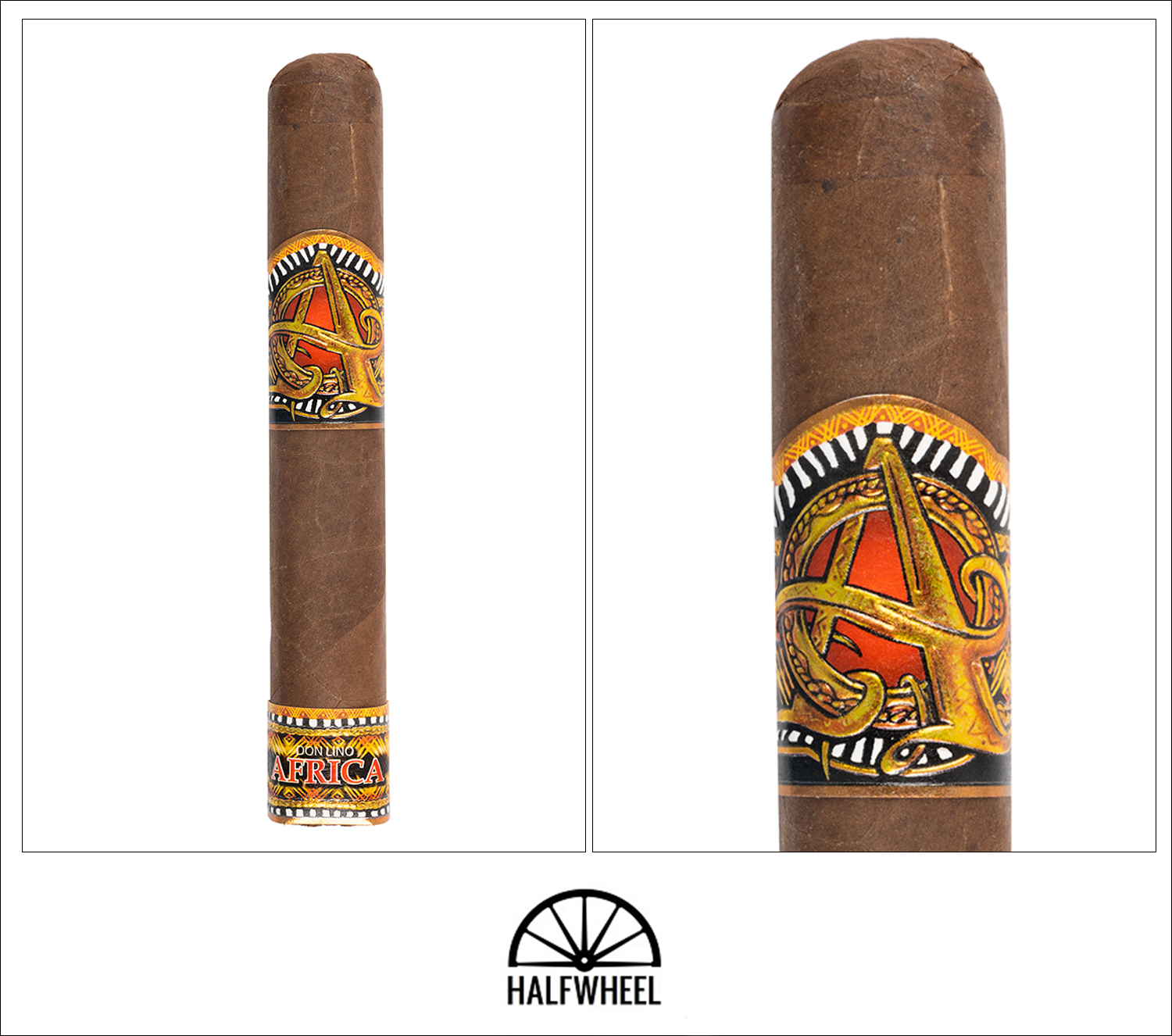 The Don Lino Africa Duma makes a fairly sizable statement and impression with the bright and vibrant design of its bands, which will almost certainly lead to you spending an extra moment taking in their details. The cigar itself is a slightly pressed robusto, not the most extreme flattening I have ever seen but enough to clearly convey the effect. The wrapper is a very smooth leaf with little in the way of veins or oils, instead offering a slightly velvety sensation for the fingers. I can’t quite place the exact color, though it would merit being called well-tanned, nutty, or for lack of something more creative, medium brown. As would be expected, there is the standard give expected from a box-pressed cigar, and I can’t find any overly soft or firm spots. The foot offers an aroma that is light and cool at first whiff and has me thinking of a fresh scoop of ice cream, though more from the texture of the aroma than particular flavors. Further inspection reveals what could be a bit of cereal grain or a light woodiness, though neither feel totally accurate. There’s not much overt pepper or sweetness to be found, but both make appearances. The cold draw is quick to show creaminess that again makes me think of vanilla ice cream, though now melted. Again, cereal and wood thoughts come to mind but seem to fall short, and again, pepper and sweetness are there but restrained.

While pepper was restrained before the cigar was lit, it is much more vibrant after. It doesn’t dominate the profile, but like certain breeds of dogs it’s the first to greet you at the door and makes its presence known. The rest of the profile is a bit lighter, with some of the pre-light creaminess carrying over and a bit of dry wood on the periphery, which it hangs onto for most of this section. There are a few spots where the smoke gets a bit aggressive in the throat, but thankfully they are very sporadic. The cigar takes a step forward in flavor right ahead of the transition to the second third, and while the body of the smoke is still medium despite plenty to chew on, the flavor and strength are up a tick to medium-plus. Technical performance has been outstanding so far.

The second third of the Don Lino Africa Duma brings about a bit more definition from the flavors, particularly the wood and a bit of black pepper, while the creaminess lingers around and settles into a consistent base note that almost gets overlooked both for its consistency and familiarity. I don’t want to say that the smoke has picked up a dusty texture, yet with a shift to some baking spices coming about I find myself getting more of a powdery sensation than I had earlier. Much like with the first third, the flavor doesn’t jump around very much in this section, but it does settle in some very enjoyable places. Flavor is still medium-plus, body is medium-plus, and strength is around medium, though flirts with getting stronger at times. Technical performance is still very good, though the cigar burns a bit slower than I would have imagined. There’s a bit more robustness to be found in the final third as black pepper gets a bit out of balance, while what could be correlated irritation starts hitting the back of the throat. It’s tempting to say that the Don Lino Africa Duma feels at its most vibrant point yet, but there are puffs where the thought does enter my mind. It’s still sitting in the medium-plus range, though some subtle rearrangements of flavors have things feeling a bit more alive. I think I’m getting my first taste of the Cameroon binder, as some sweet and spicy notes begin to emerge, which leads me to wonder where they had been to this point. The cigar finishes very well, medium-plus across the board, while technical performance has been very good, albeit with a longer smoking time than the blend or size would suggest. I don't have any memories of the original Don Lino Africa, so I can't compare this new version to its predecessor. Regardless, this updated blend is very good in its own right. It starts off on a great foot and while it doesn't have a huge number of transitions or even what would be described as highly developed flavors, the overall experience is quite enjoyable. It's familiar enough that it allows a bit of a relaxed approach, yet it never lulls the senses into boredom. Having gotten just a small taste of what I would describe as typical Cameroon flavors, that's the one thing that I could point to as something I would have wanted more of, but beyond that I can't say the Don Lino Africa Duma left me feeling unsatisfied. While I don't know if it crosses into "go out and buy some right now" territory, this is definitely worth trying and a cigar I'd have no reservations about lighting up again.