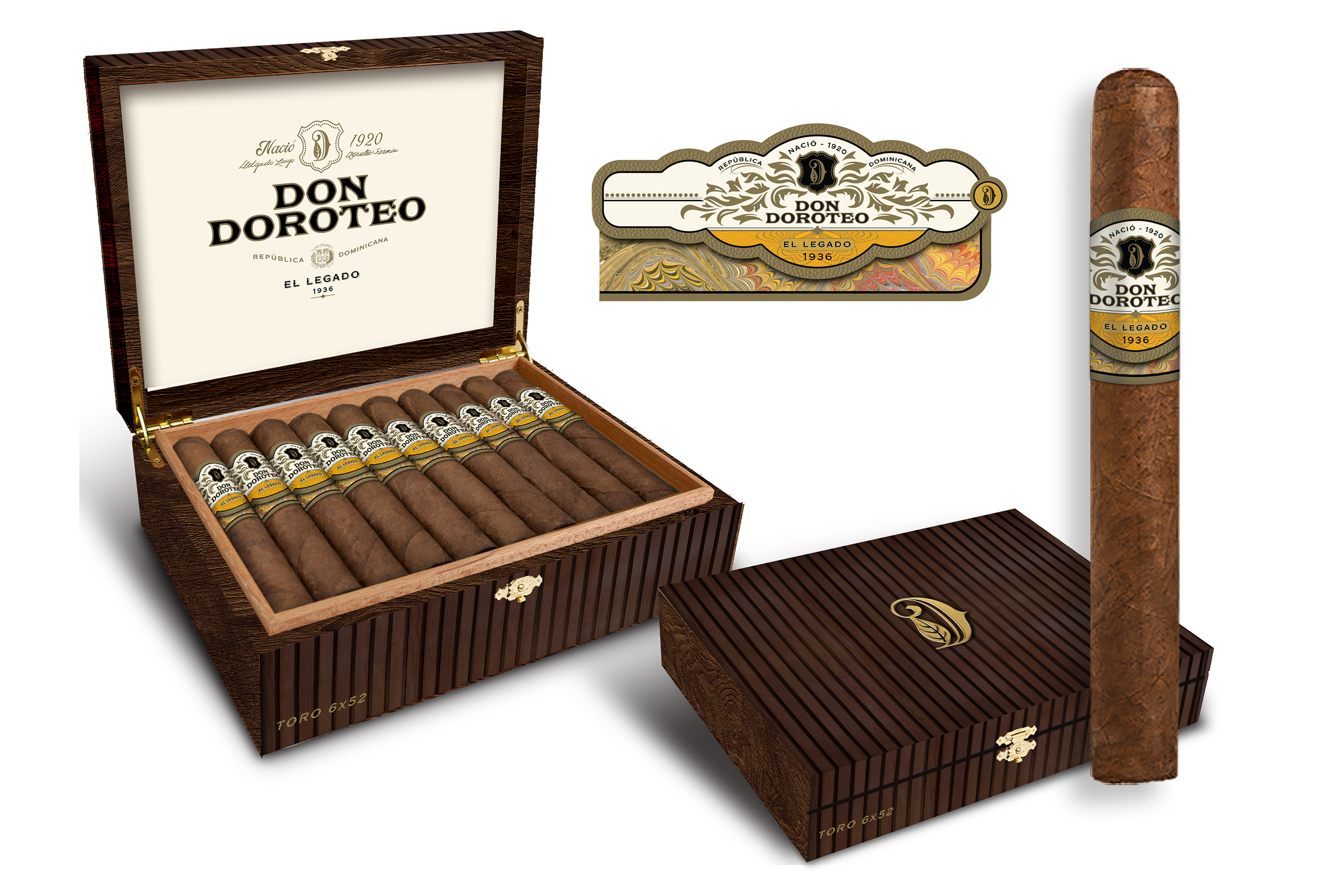 After a career in tech, Juan Lugo found himself yearning to reconnect to his roots, which included a connection to premium tobacco and the cigar industry by way of his grandfather, Doroteo Delgado, who had grown tobacco for La Aurora in the Dominican Republic dating back to 1936.

Now, Lugo is honoring his grandfather’s legacy with a new cigar company called Don Doroteo, with cigars being produced by La Aurora.

“We essentially reignited my grandfather’s partnership with La Aurora in 2021 as it made sense to do so with them, over anyone else,” Lugo told halfwheel. “He was working with them from 1936, at the age of 16. When he passed away a decade ago now, the business died with him. No one in the family had any interest in getting into the farming business, as most of his descendants had moved on and established lives in the U.S.”

The first line will be called El Legado, Spanish for the legacy, and will feature an Ecuadorian Sumatra wrapper and binder, while the fillers come from Colombia, the Cibao Valley of the Dominican Republic, and Nicaragua. Lugo told halfwheel that the blend starts with spice and black pepper before evolving to a more complex and delicate profile and finishing on a creamy and powerful note.

It will be released in five vitolas, though not all are being offered as regular production sizes:

All of the cigars will be offered to retailers attending the 2022 PCA Convention & Trade Show in July. The Robusto and Sumo Toro are more readily available sizes that have been aged for nine years, according to Lugo, as has the Churchill vitola, though that vitola is being limited to special events. The Corona and Belicoso vitolas are both limited editions, with just 33,000 cigars produced and having been aged for 14 years, Lugo told halfwheel.

“We were granted exclusive rights to sample private blends that have been aging since I was in high school,” Lugo told halfwheel. “We eventually found one that we loved and hence El Legado was born.”

Lugo is also getting into the tobacco growing business, having purchased a 20 acre farm in the Yaque Valley from his family, where the first batch of Don Doroteo tobacco was recently harvested after the land had sat barren but was revitalized with the help of La Aurora. The plan is to have tobacco from that farm eventually be used for future blends from the company, which will include lines named El Alcalde, El Sonador, and La Reserva Familia.

Lugo is being joined in leading the company by his co-founder, Brandon Dallmann, along with Jeff Moss, formerly of Alec Bradley, who is the company’s creative director. He said that the company expects to have its cigars shipping to retailers by late July or early August.