For the last eight years, Holt’s—a Philadelphia-based retailer—holds a special event at its physical stores titled Fuente Mania. As the name implies, the event is all about Arturo Fuente. The event always features a wide range of harder-to-find Fuente products, and at times has been the venue for the company to release special cigars.

Last year, Fuente brought a small amount of a special release of the Don Carlos entitled “The Man.” It was presented in a 5 1/4 x 50 robusto shape with a special Don Carlos main band—the same as the Edición de Aniversario release—and a secondary band reading The Man. 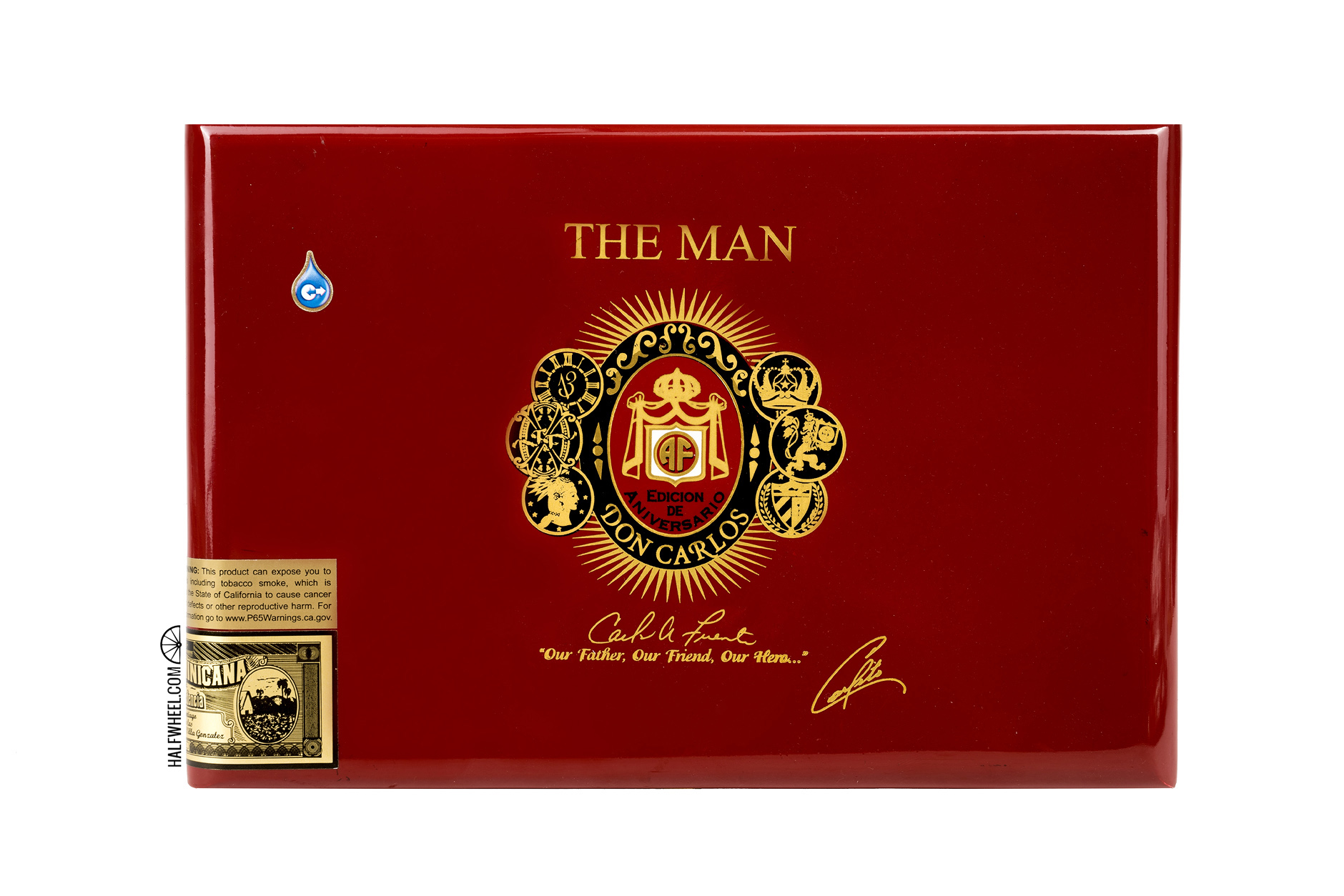 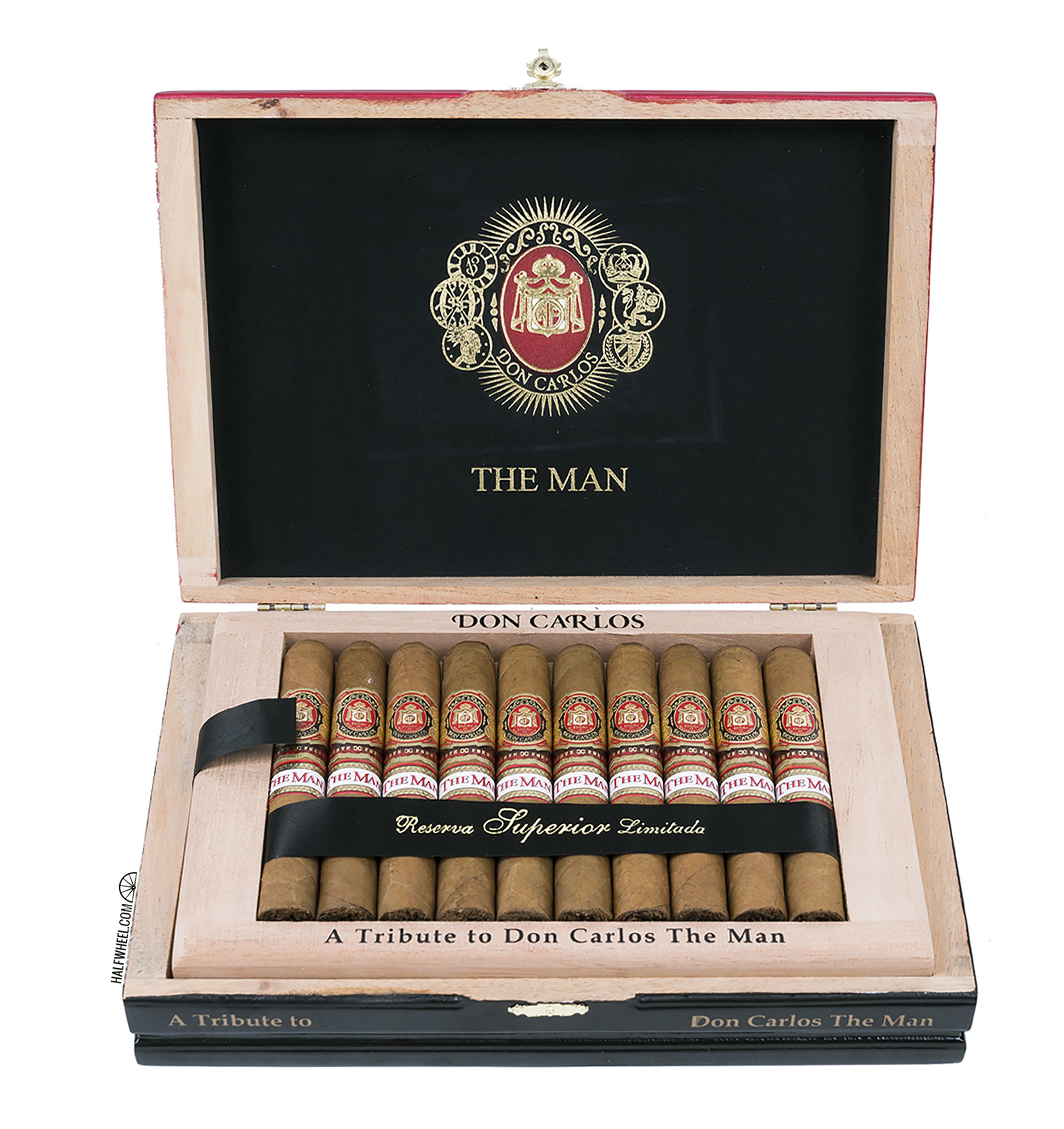 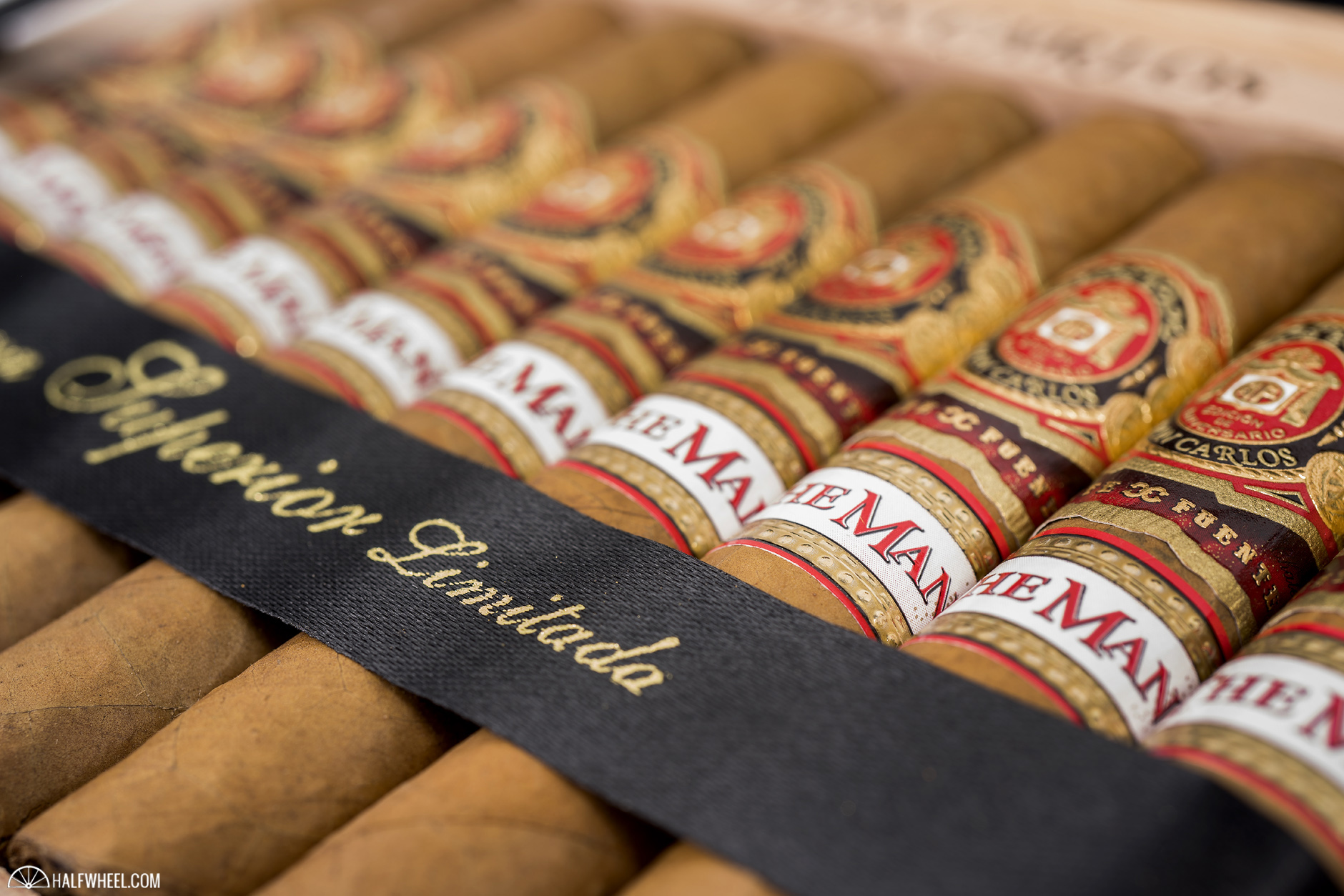 Plenty of Fuente cigars have been released at events like this only to never actually make it to distribution, so it would have been no surprise if the cigars were never sold. However, at this year’s IPCPR Convention & Trade Show, the company had a box on display alongside a special humidor made in honor of the late Carlos Fuente Sr.

The company opted to sell 800 of the humidors, priced at $550 each. Retailers who purchased the humidor were then given the option to purchase up to two boxes per humidor of The Man, with pricing set at an addition $14.03 per cigar. Meaning, the humidor and the complete 40 cigars should retail for $1,111.20. 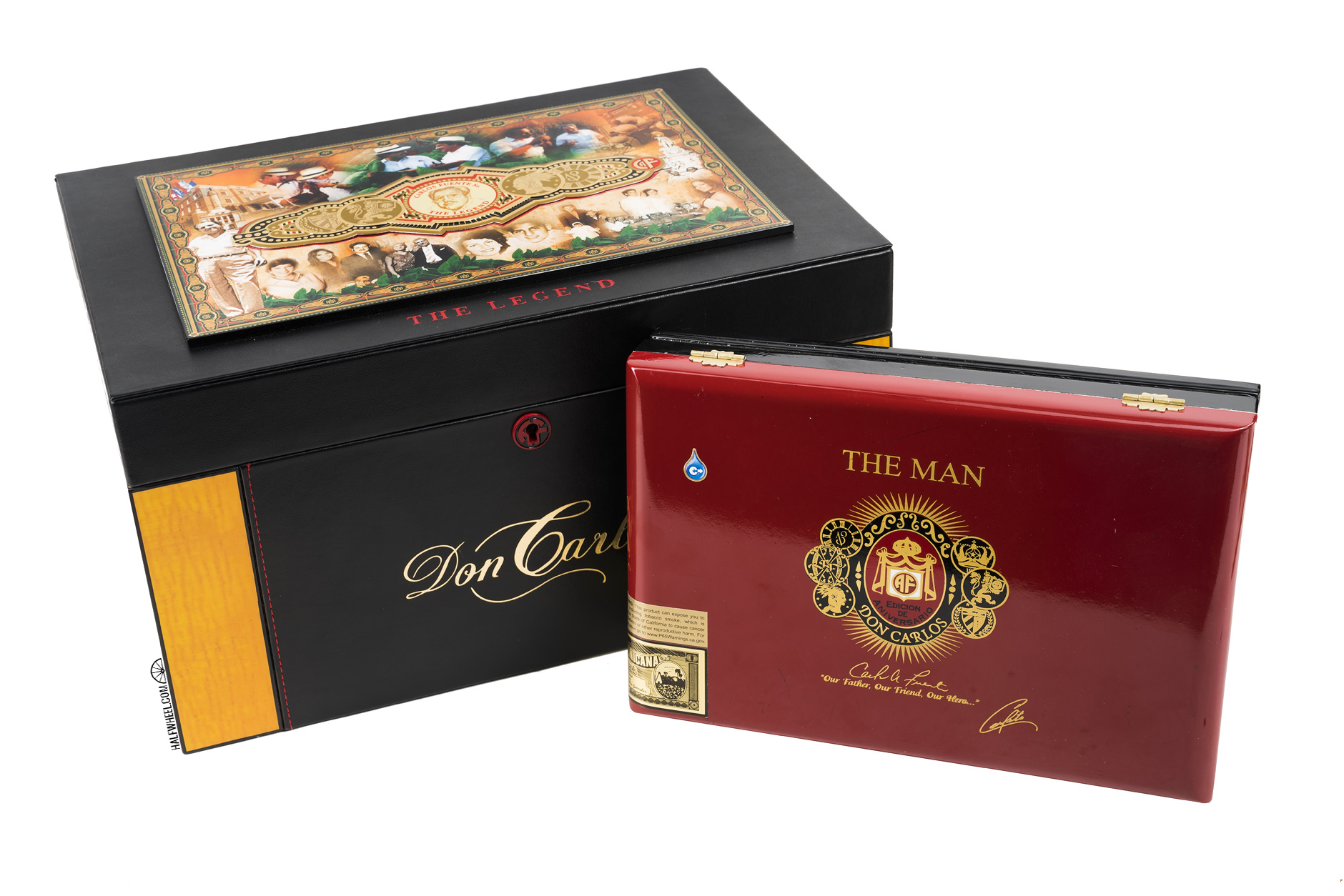 As for what the cigar is, the company would probably tell you to just read the inside of the box, the bottom of which says “A Tribute to Don Carlos The Man.”

When asked, Carlos “Carlito” Fuente Jr. said that the cigar is based on the regular Don Carlos blend, though that some of the fillers are from the company’s Chateau de la Fuente farms in the Dominican Republic. 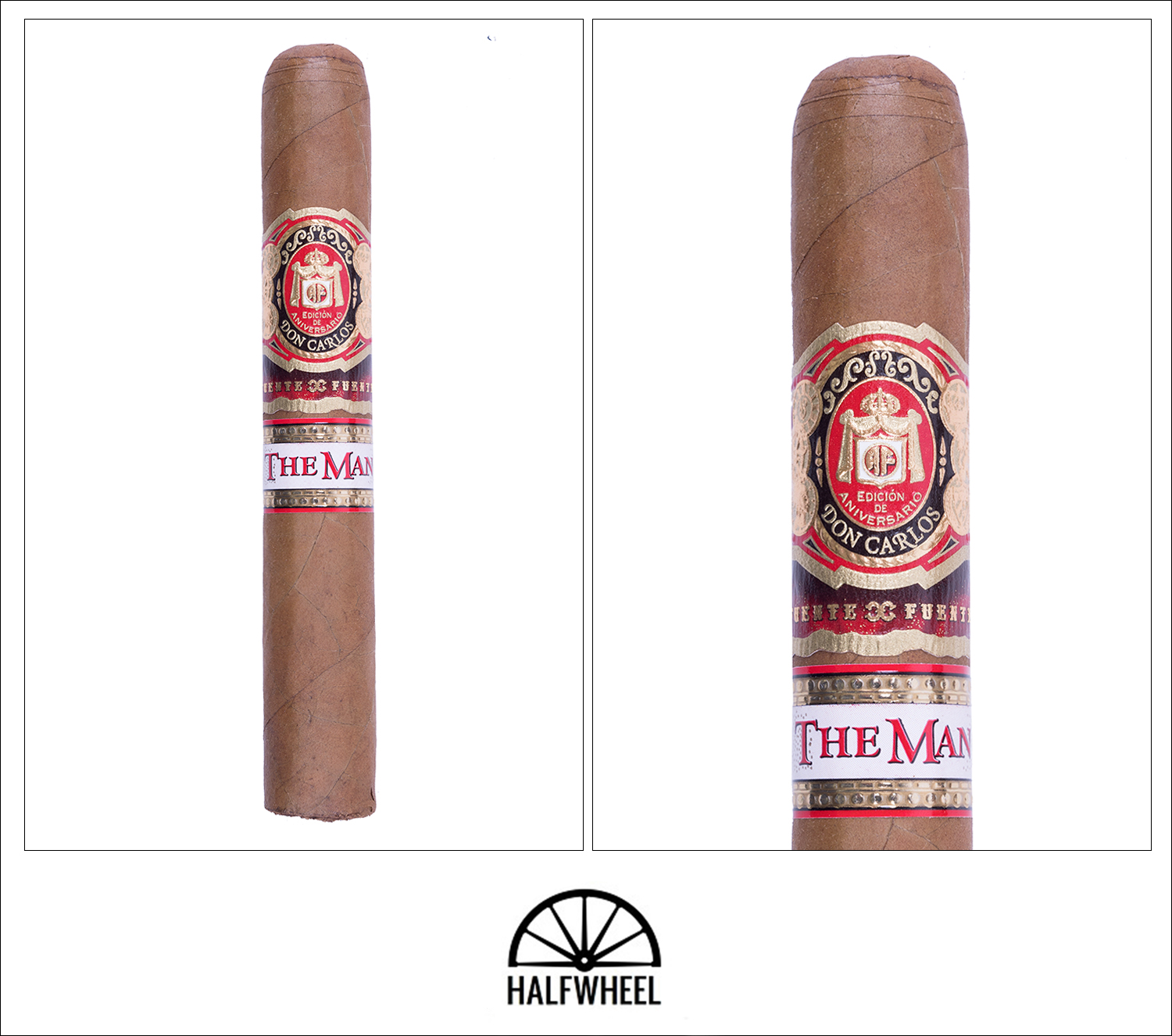 The wrapper on the Don Carlos The Man is bright and relatively consistent, a far cry from the typical appearance of a regular Don Carlos. It’s actually a far cry from most cigars, one of the prettier appearances you’ll ever find on a cigar. Aroma off the wrapper has raisins on top of nuttiness and mild barnyard, right around medium-full. The foot is dominated by cedar, almost as if the cigar is wrapped in a cedar sleeve, with some more of the raisin flavor. Cold draws vary between just chocolate to others that remind me of staining wood. In addition, there’s orange peel and acidic coffee.

There’s a lot going on at the start of The Man: cocoa, then vanilla, some strawberries and a pretty heavy woodiness. While it’s quite easy to identify flavors, they are all very much jumbled together. A sweet chocolate flavor is the most prominent, but sarsaparilla, brown butter and oak aren’t too far behind. Through the nose, there’s a subtle pear-like sweetness. The finish is somewhat sour with lots of earthiness. Flavor is medium-full, body is full and strength is medium-plus. One sample requires a fair bit of touching up, though all three cigars are suffering from some of the ugliest ash I’ve seen in quite a while. 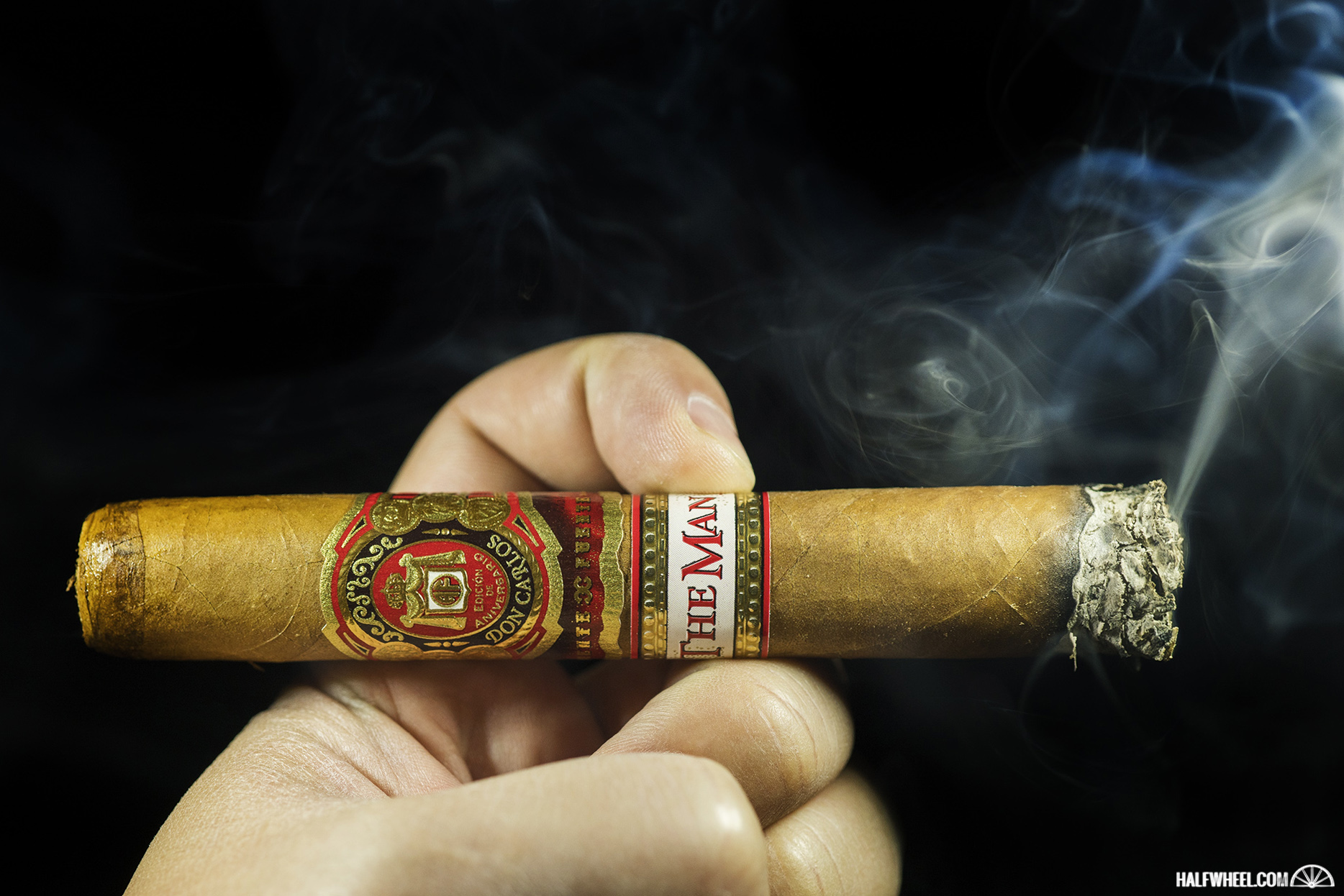 The second third of the Don Carlos The Man is much sweeter. There’s a variety of fruity flavors, though most aren’t consistent cigar to cigar, except for a big strawberry flavor that is present in both the main flavor and the retrohale. In addition, there’s a developing hay flavor and a bit of a sour cream-like creaminess, just a bit sour. Retrohales are a contrast between a salty sunflower seed and lemon sorbet. One sample has a really distinct rye bread flavor, though it doesn’t make it into my notes on the other two cigars. Given the number of flavors and their intensities, my mouth feels pretty well coated by the time the finish starts, though a sherry-like flavor is oftentimes present. Flavor is full, body is full and strength is medium-full. Construction remains similar, the ash is ugly and at times touch-ups are needed. Of note, all three samples slow down quite a bit in the final third. 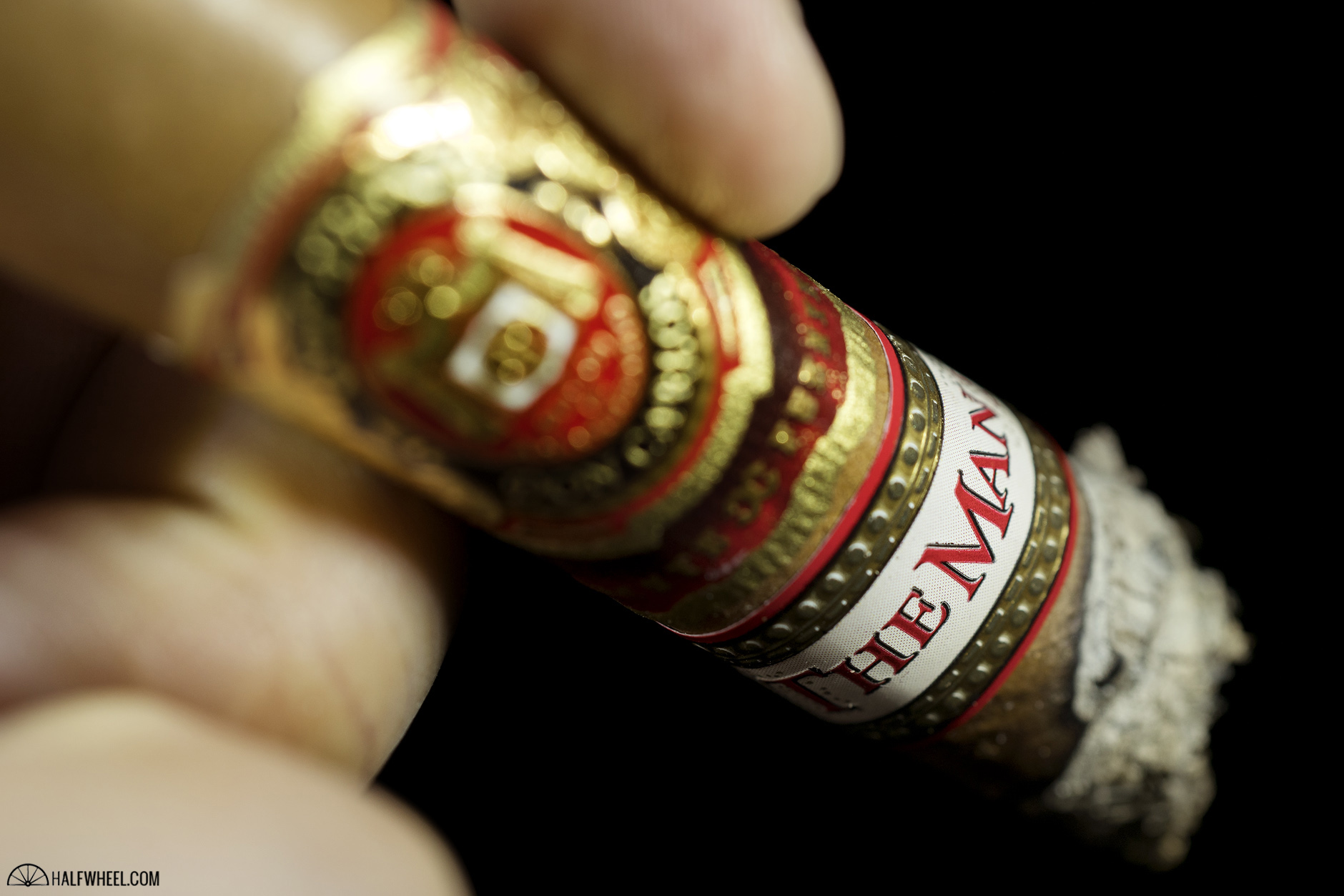 I’m not sure how much of what I’m actually tasting is directly due to where the cigar is at by the time the final third rolls around. The reality is more that the Don Carlos The Man’s plethora of flavors has coated my mouth in all sorts of ways. There’s a big sweetness—at times just generic sugar and other times more of a cream cheese flavor—that is dominating the final third, though I’d be curious to know just what that tasted like on a completely fresh palate. A mixture of earthiness and bread sits underneath that which creates an interesting contrast. Each puff delivers somewhat of a different sensation with some showing none of the sweetness and others being almost entirely a watered-down cream cheese. Flavor is full, albeit a tick back from the second third, body is similar and strength finish medium-full. 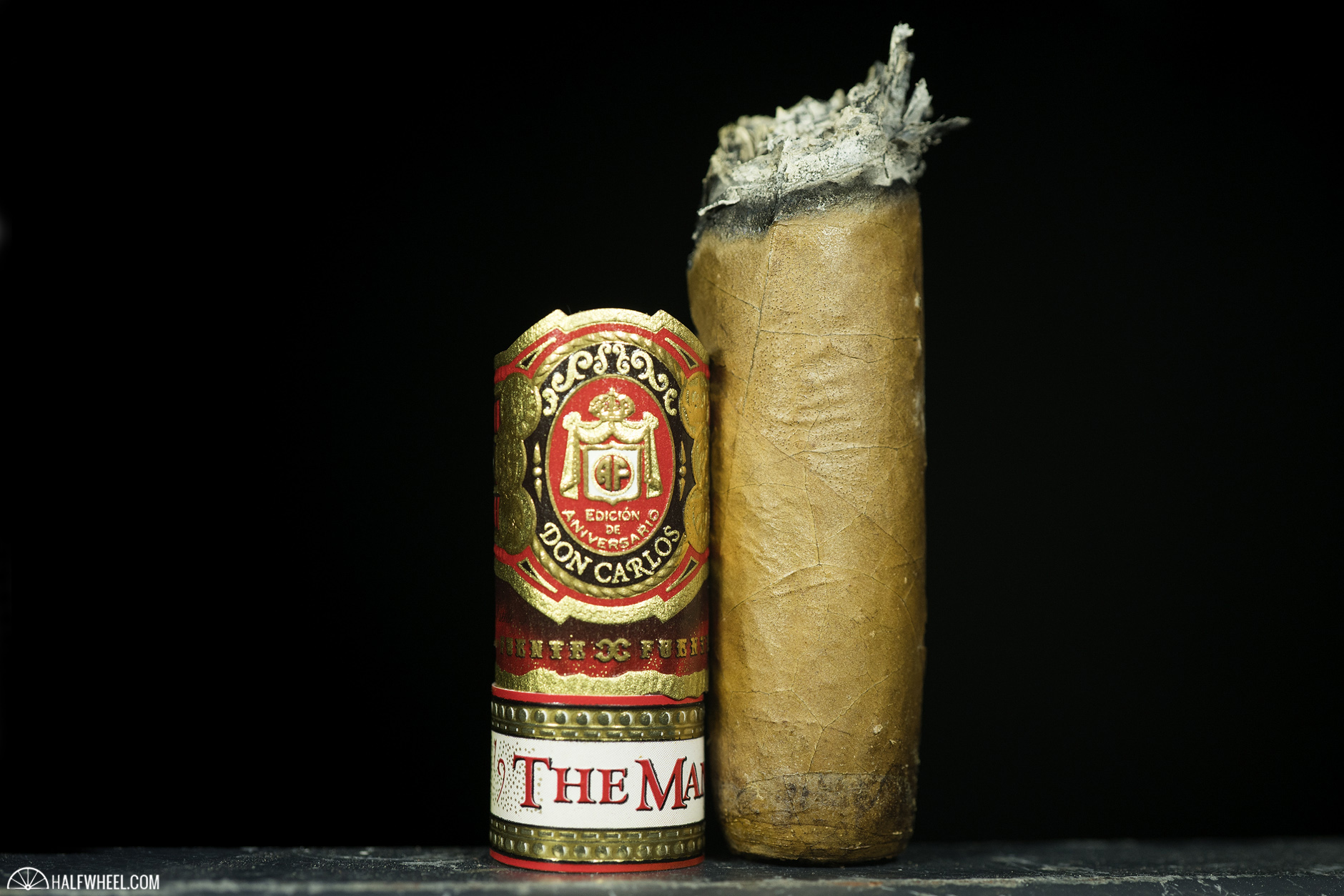 If someone who had never smoked a regular Arturo Fuente Don Carlos was given this cigar, smoked it, liked it and went to buy another—it would probably end a bit odd. They almost certainly wouldn’t find this exact cigar and if they were given a Don Carlos, they definitely wouldn’t find much in common outside of the name and the fact that both cigars would likely be enjoyable. This tastes nothing like a regular Don Carlos or really any other special Don Carlos-branded product I’ve smoked. In fact, if I had to pick another Fuente cigar that I would say was most like this, it would probably be the most recent 8-5-8 Sun Grown. The Man is a very good cigar and it will be fascinating to smoke these with age, where it might mellow out to be something a bit more harmonious than its current state. That being said, if you like regular Don Carlos, you are probably best saving your time and money and sticking to the tried and true version.