The Don Carlos Private Reserve is believed to be the latest of the Don Carlos Senior Blend, a special version of the regular Don Carlos which is smoked by Carlos Fuente Sr. himself.

Charlie Minato talked about the details of the blend in the news story:

The Senior Blend is a modified version of the company’s Don Carlos blend. It is the personal cigar of Fuente Sr. and changes periodically over time as his personal tastes change. This isn’t the first time it has been released to retailers. For Fuente Sr.’s 75th and 76th birthday, the company sent select retailers a single box of Senior Blend with special secondary bands. Unlike the Personal Reserve Robusto, those cigars were sent to retailers for free as a gift from the company. 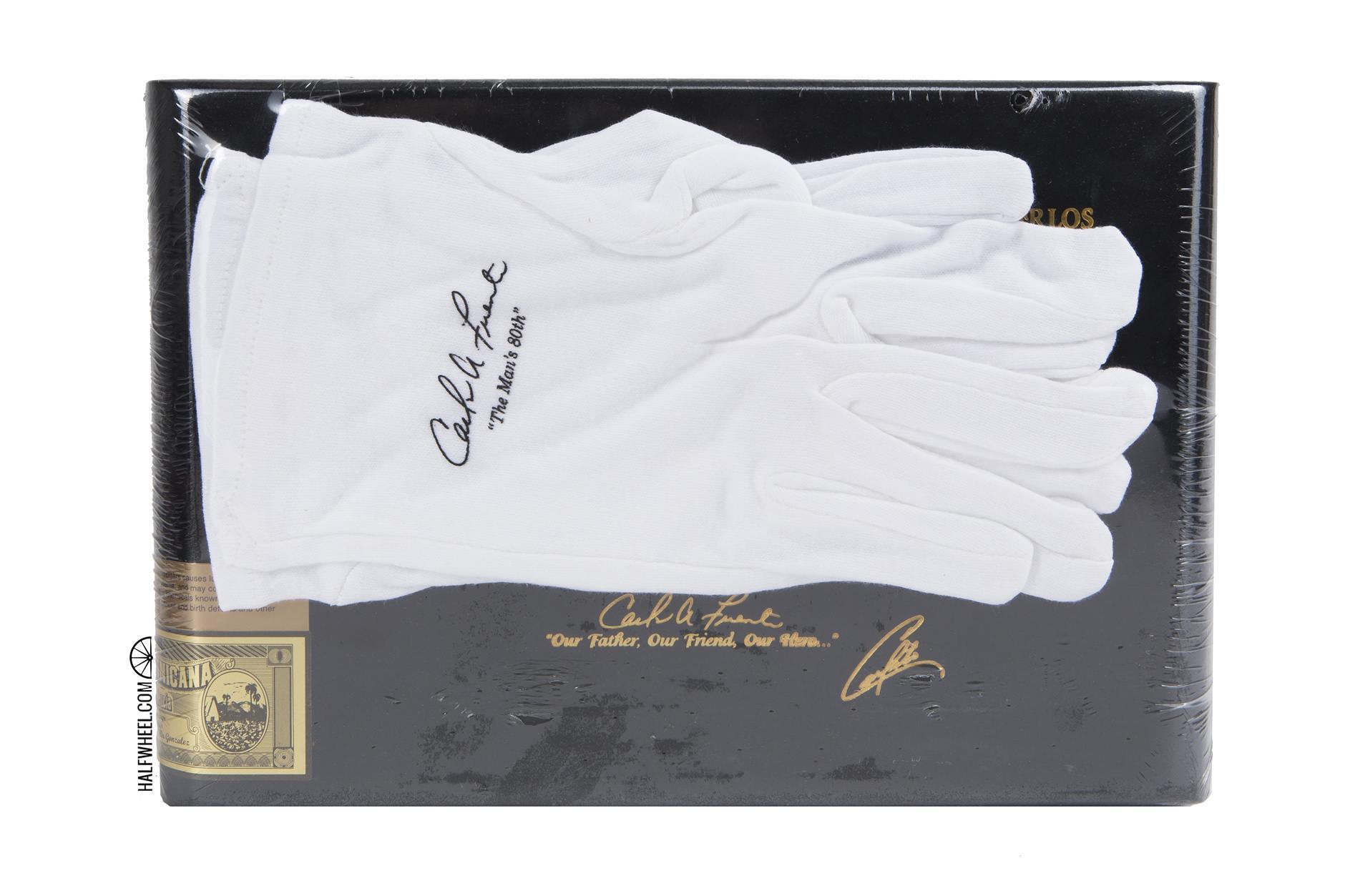 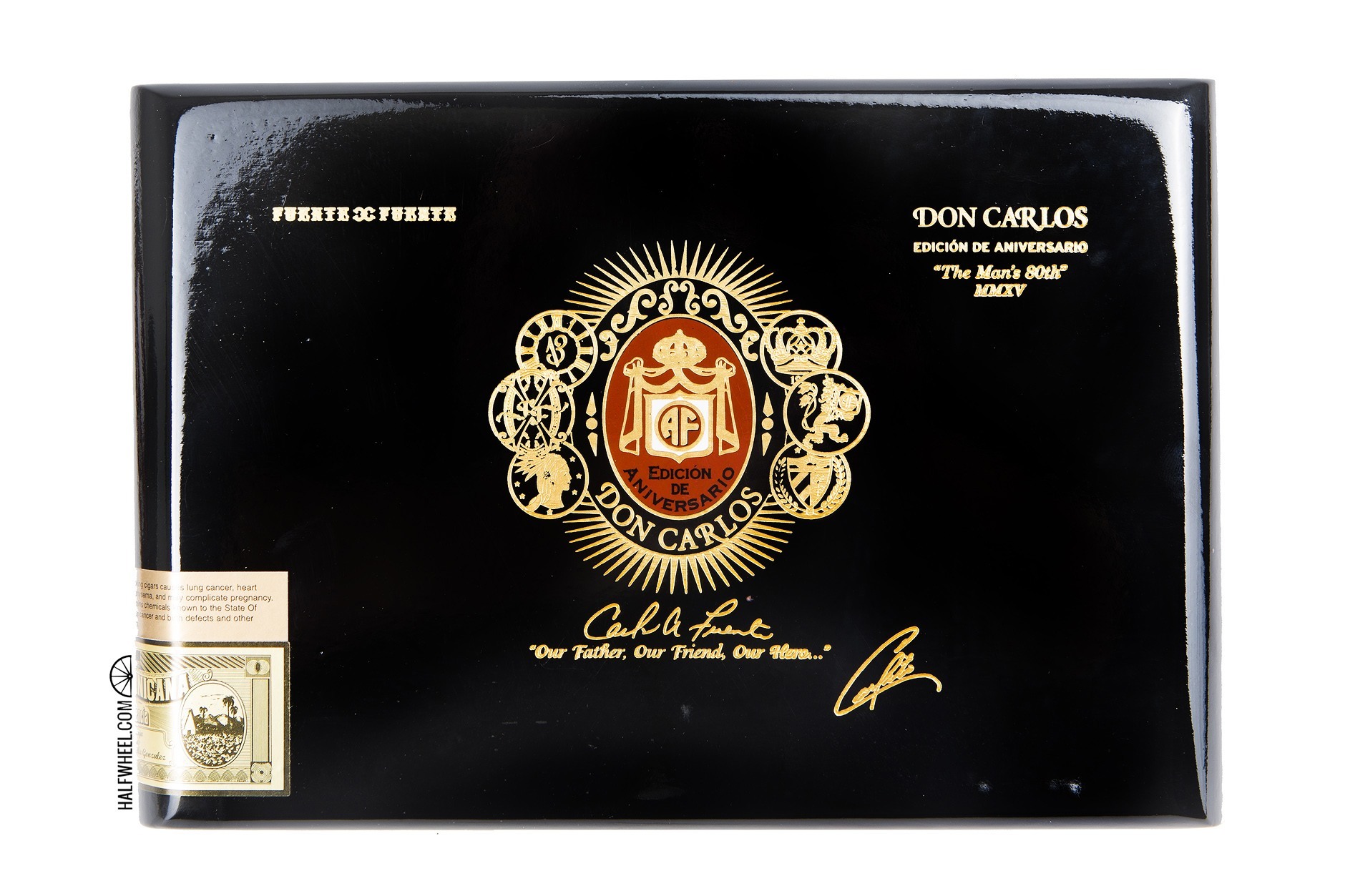 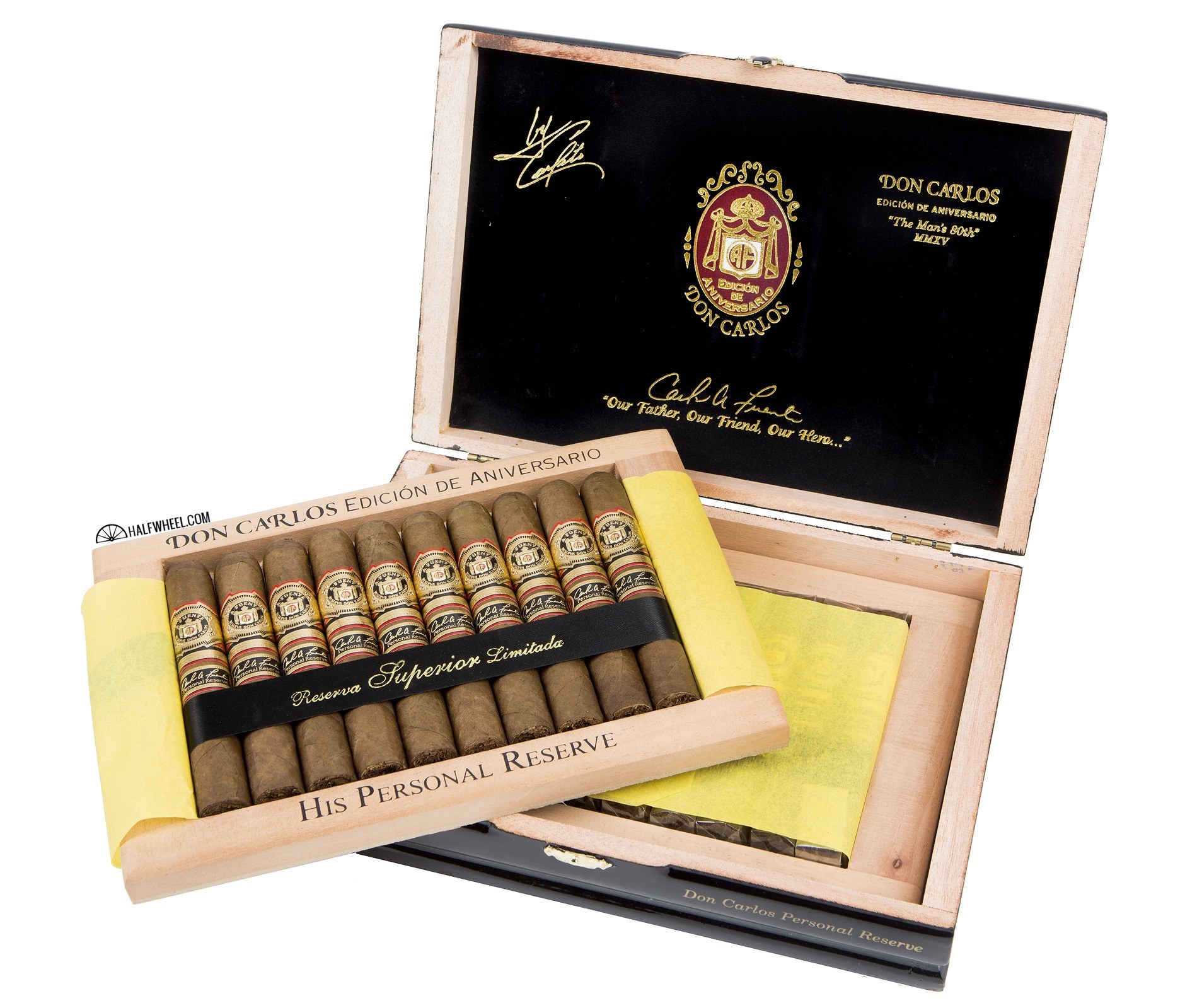 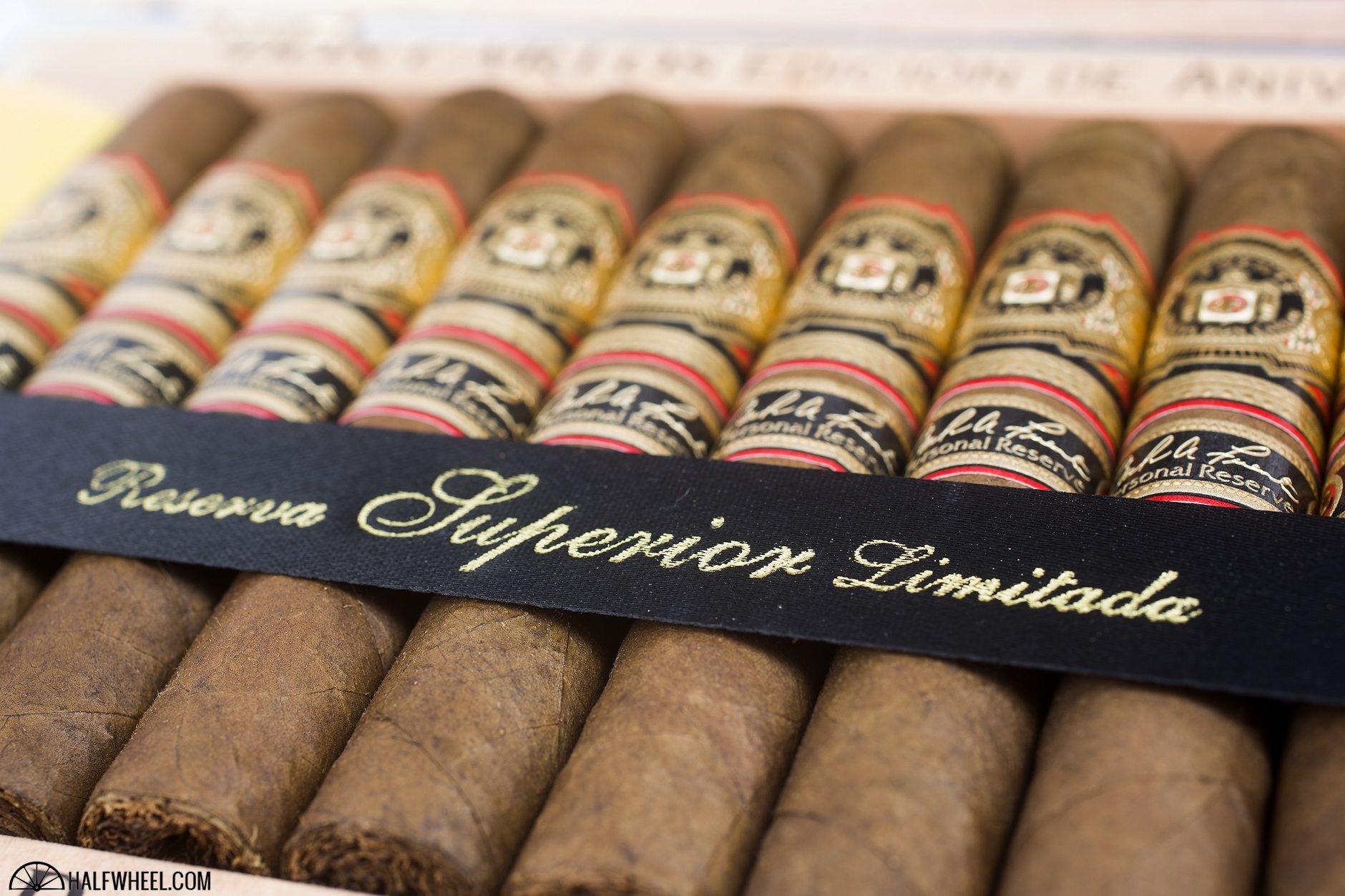 Both special releases were shown off at the 2015 IPCPR Convention and Trade Show, and retailers who purchased 25 boxes of regular production product were given the opportunity to purchase a box of each of the two celebratory releases in addition to the limited releases of the Añejo 8-8-8, OpusX Rosado Oscuro Oro and Short Story Maduro. 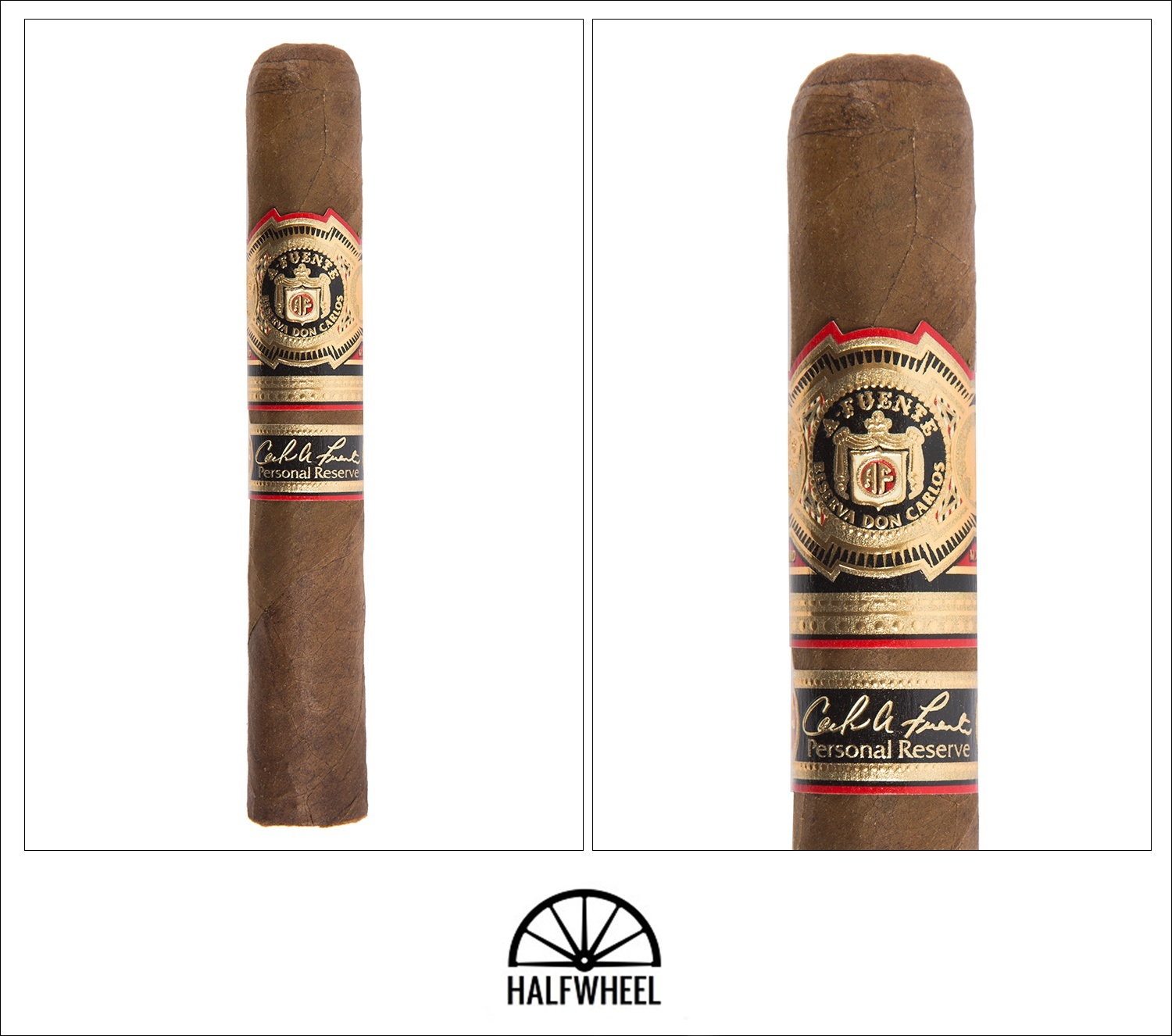 The Don Carlos’ medium brown wrapper isn’t rough or smooth, it seems to be stuck somewhere in the middle. There is just a slight bit of give to the cigar, though it’s even and there aren’t any soft spots. When I bring the cigar to my nose, the aroma off the wrapper is almost nonexistent, with the only minor note I can pick up being some fresh cut hay. The cold draw on the other hand, while still mild, features sweet notes of tobacco, cocoa, grains and a hint of vanilla and hay.

Lighting up the Personal Reserve Robusto, it starts out fairly medium-bodied and smooth, with caramel, some more vanilla from the cold draw and a healthy dose of pepper keeping the profile from being overly sweet. While the burn started off a little uneven, the draw is quite ideal. Along with some dense ash that holds on to around the inch mark, the construction seems to be pretty nice so far. The pepper has died down slightly, though it’s still around on the retrohale, while a nice spice note has joined the caramel, vanilla and a new note of citrus playing around in the background. 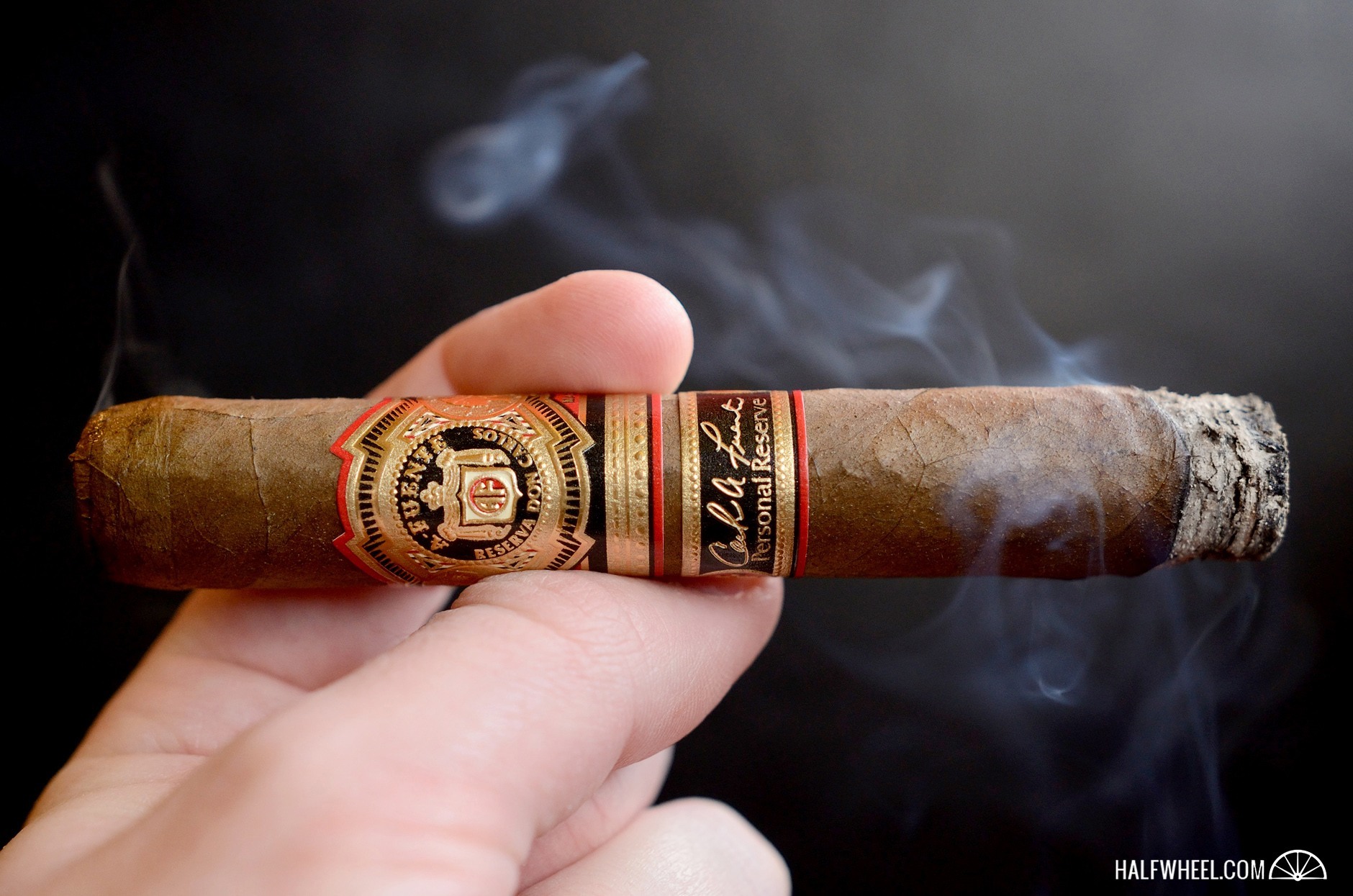 Moving into the second third, spice, caramel, vanilla and pepper continue, though a sour note has crept into the background. Along with that unfortunate note, the burn needs touching up as well, since it was at almost a 45 degree angle. The profile struggles through the sourness, which thankfully fades after a little while, allowing the spice, caramel and pepper to really start shining again. Just when things are looking up for the cigar however, I removed the main band, which took a significant chunk of wrapper with it due to some excessive glue that fused the two together. 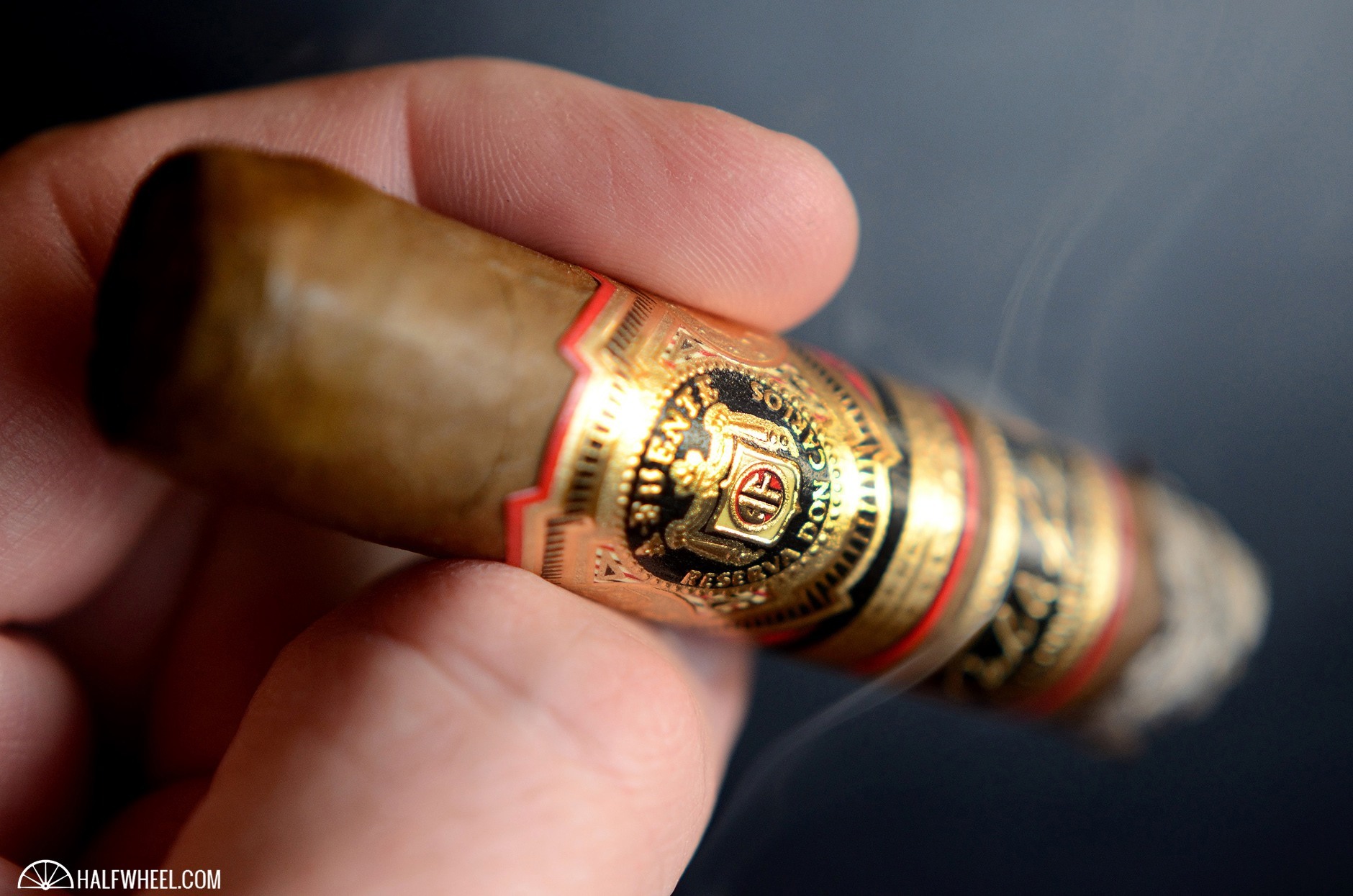 The final third sees lots of the previous spice, caramel and pepper continue, though the sourness from before has completely disappeared and some nice cedar notes have appeared in the background. The burn still struggles, needing help along the way, but the dense ash continues to hold strong. Hitting the area where the chunk of wrapper was missing, the burn goes awry again, as it comes slightly unraveled and doesn’t want to ignite with the rest of the cigar. With a little more than an inch left to the cigar, a bitterness has developed that has overtaken most of the other flavors, leaving the cigar to end in somewhat of an unpleasant mess. 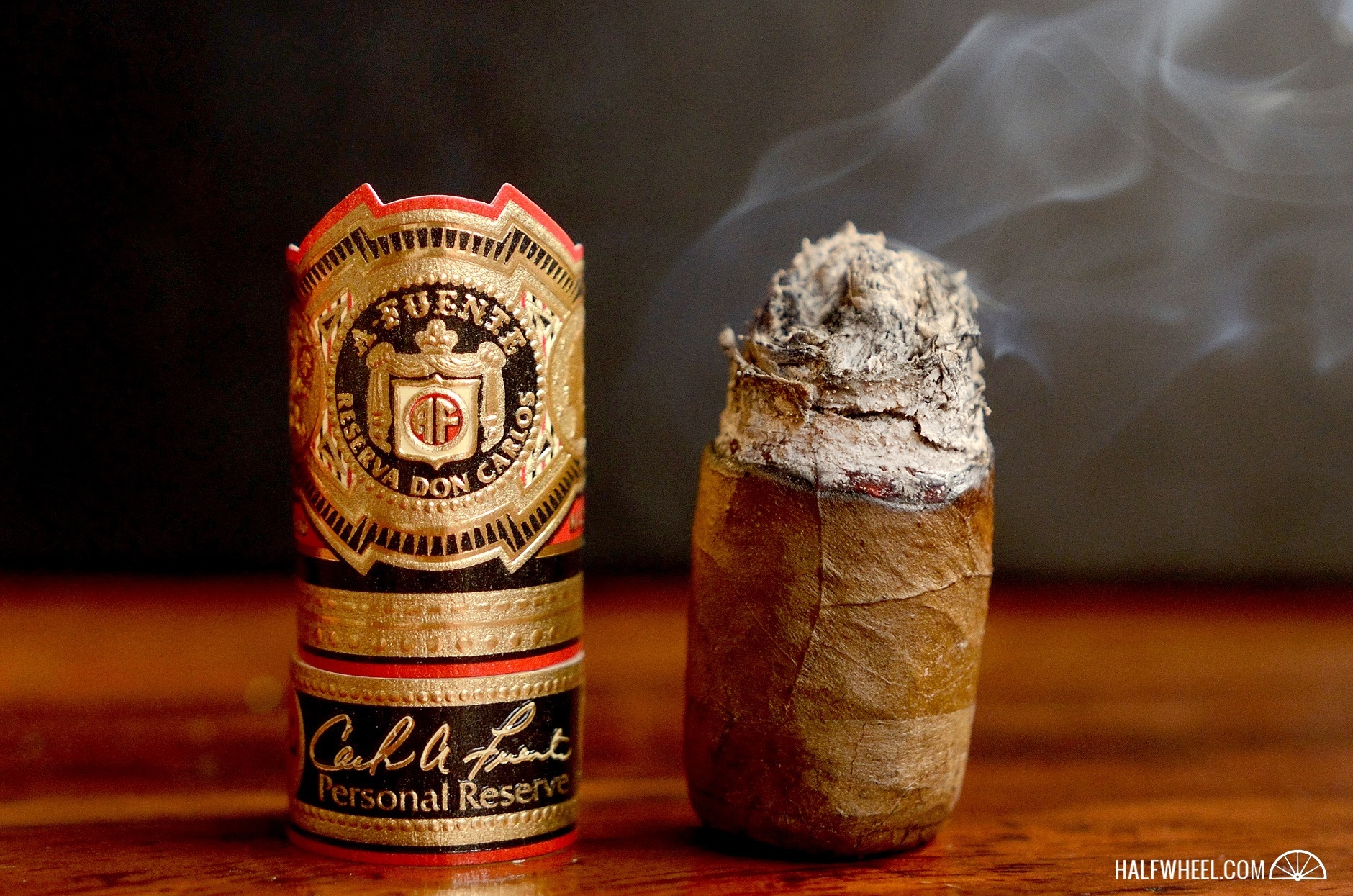 I had high hopes for the Don Carlos Personal Reserve Robusto, not only because of the pedigree, but also because the Don Carlos Eye of the Shark had performed so well. If I could judge the cigar on just the first third, it might have reached the same heights, but unfortunately the next two thirds just didn’t measure up the same. With severe burn issues—even to the point of entire sections of tobacco not igniting—the cigar suffered, causing sour and bitter notes that completely overshadowed any good notes that might have been allowed to shine otherwise. So with the way the 80th birthday celebration cigars are priced, I wouldn’t shy away from trying the Personal Reserve Robusto for yourself, but it might be better to just pick up the cheaper Don Carlos Eye of the Shark, that is if you can find either.