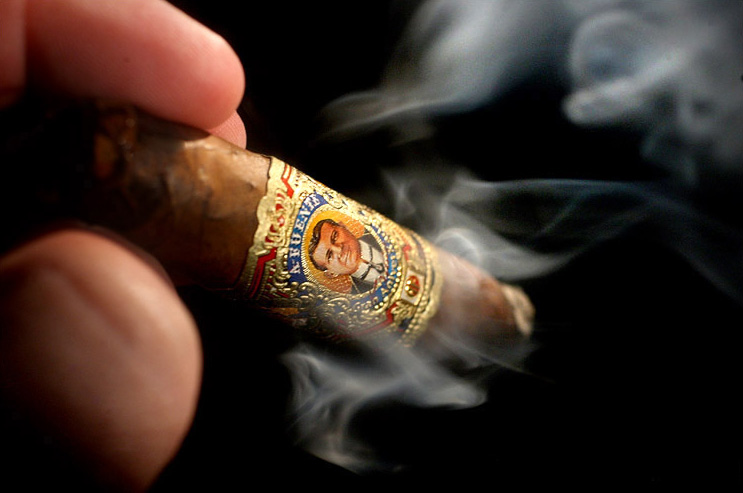 Made in France Total of 99 humidors produced in commemoration of the 99th anniversary of Arturo Fuente Cigar Company: 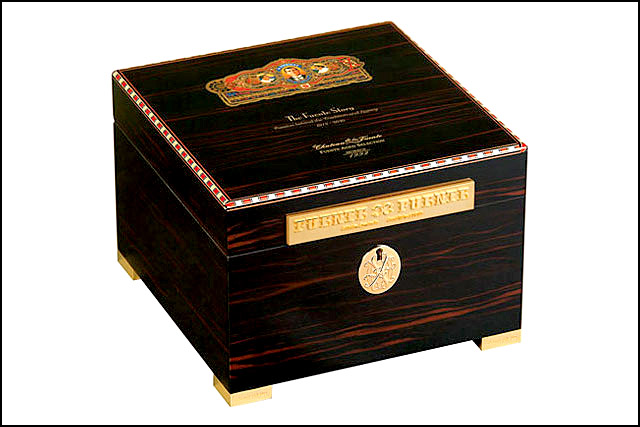 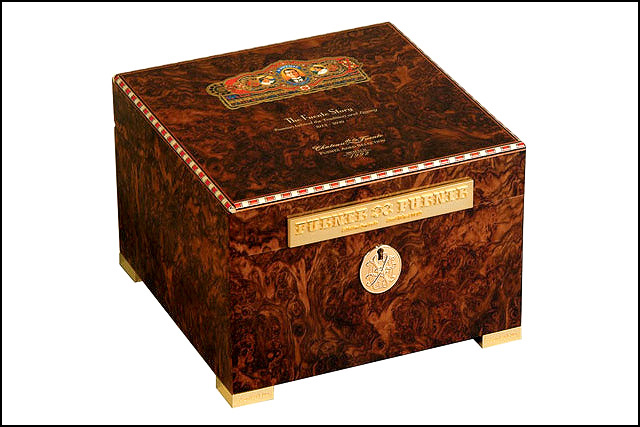 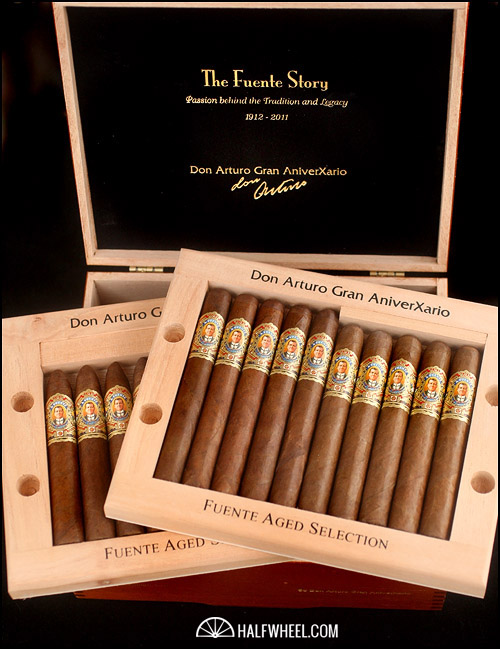 But enough, of that, let’s get down to business, shall we? The Rosado version of the Don Arturo Gran AniverXario is an interesting looking cigar with a mottled medium brown wrapper that has quite a few bumps up and down its length. It has a slight box press, and is just short of rock hard when squeezed. The Chateau de la Fuente wrapper is silky smooth to the touch and smells strongly of cedar, sweet chocolate and a bit of coffee.

The first third of the Don Arturo Gran AniverXario starts quickly with some noticeable black pepper, creamy leather, cedar and some great spice on the tongue. After about 15 puffs the spice dies down, but the pepper sticks around, although the amount changes throughout the first third, sometime stronger, sometimes weaker. The profile is a bit harsh at first, but starts to get better as soon as the spice dies down. Draw is great, but the burn is a bit erratic. Strength starts out medium and ends the first third the same, although it does seem to be getting slightly stronger.

Coming into the second third of the Don Arturo, the profile changes pretty dramatically. The harshness is gone, the spice is reduced and now replaced by a wonderful, creamy and slightly sweet nutty note, along with flavors of cedar, earth and coffee. At one point, for just a second, I think I taste a distinct flavor of buttery popcorn that takes me by surprise, but it only lasts about 3 puffs, and sadly never returns. The draw is still perfect, and the burn is still erratic. Strength is a slightly fuller medium, but seems to be holding steady. The final third of the Don Arturo Gran AniverXario Natural is another turnaround. Suddenly, the spice from the first third comes back, albeit not as strong, and combines perfectly with the sweet and creamy profile that is still evident from the second third. The flavors are pretty much the same, but the nuttiness remains the dominant note. Think of a cashew sprinkled with a little pepper and sugar, and that is pretty close. It is not a particularly strong flavor, but it is definitely there. Draw is great to the end, and the burn does get a little better in this third than in the previous two, but is still wavy. Strength ends at a medium full, which is fine by me. The cigar does get a bit hot at the end, but I probably smoked it further than I should have, and I ended with about three-quarters of an inch left. The Bottom Line: This was obviously a cigar blended for flavor, not strength, and in that I think they succeeded. There is quite the symphony of flavors throughout the smoke, and I was a bit surprised at the complexity of what I was tasting at certain points. Having said that, this is a fairly light cigar, particularly after the first third, and you really have to concentrate on what you are tasting to get the most out of it (or at least, I did). This is not a cigar that you smoke when you are paling around with buddies playing poker, but a cigar that you smoke in quiet contemplation. Is it worth the money that is charged for them? In my case, yes, albeit just a few. I love having a cigar like this that I can pull out at certain times and know exactly what I am going to get from it.