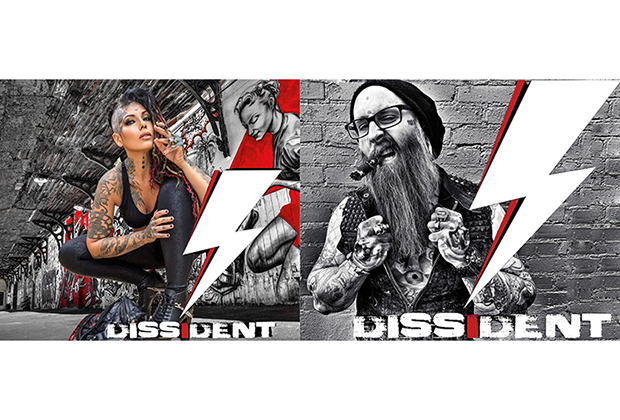 The Dissident Cigar brand has new owners today, as the company announced it has been sold to Cynn and Joshua Coburn, a husband and wife couple described as cigar industry marketing veterans, authors, motivational speakers and serial entrepreneurs.

The Coburns said that they will “toss tradition aside and bring grit, attitude, and a dash of rebellion to the cigar world,” adding that it was an easy decision to acquire the brand as its branding and name aligned perfectly with their core values and beliefs. “We are all dissidents in some way, and we love to bring that to the forefront of our lives!” said Cynn Coburn via a press release. “It’s nothing to be ashamed of. In fact, we celebrate it.”

One thing the Coburns won’t be tossing aside is Dissident’s current portfolio of cigars, noting that the core line will remain unchanged while the Rant, Rave, and Tirade will immediately move from small batch to core line, joining the Soapbox and the bLoC.

Dissident Cigars had previously been owned by Benjamin Holt, who acquired it in January 2019 from Neil Edwards and Jason Webster, who also own The Humidor Cigars and Lounge in Wichita, Kan.

Dissident Cigars is part of Oveja Negra Brands and is produced at Fabrica Oveja Negra in Estelí, Nicaragua.