Mombacho Cigars S.A. has announced that it will be adding a larger box option for its collaboration with Diplomático, a Venezuelan rum brand. 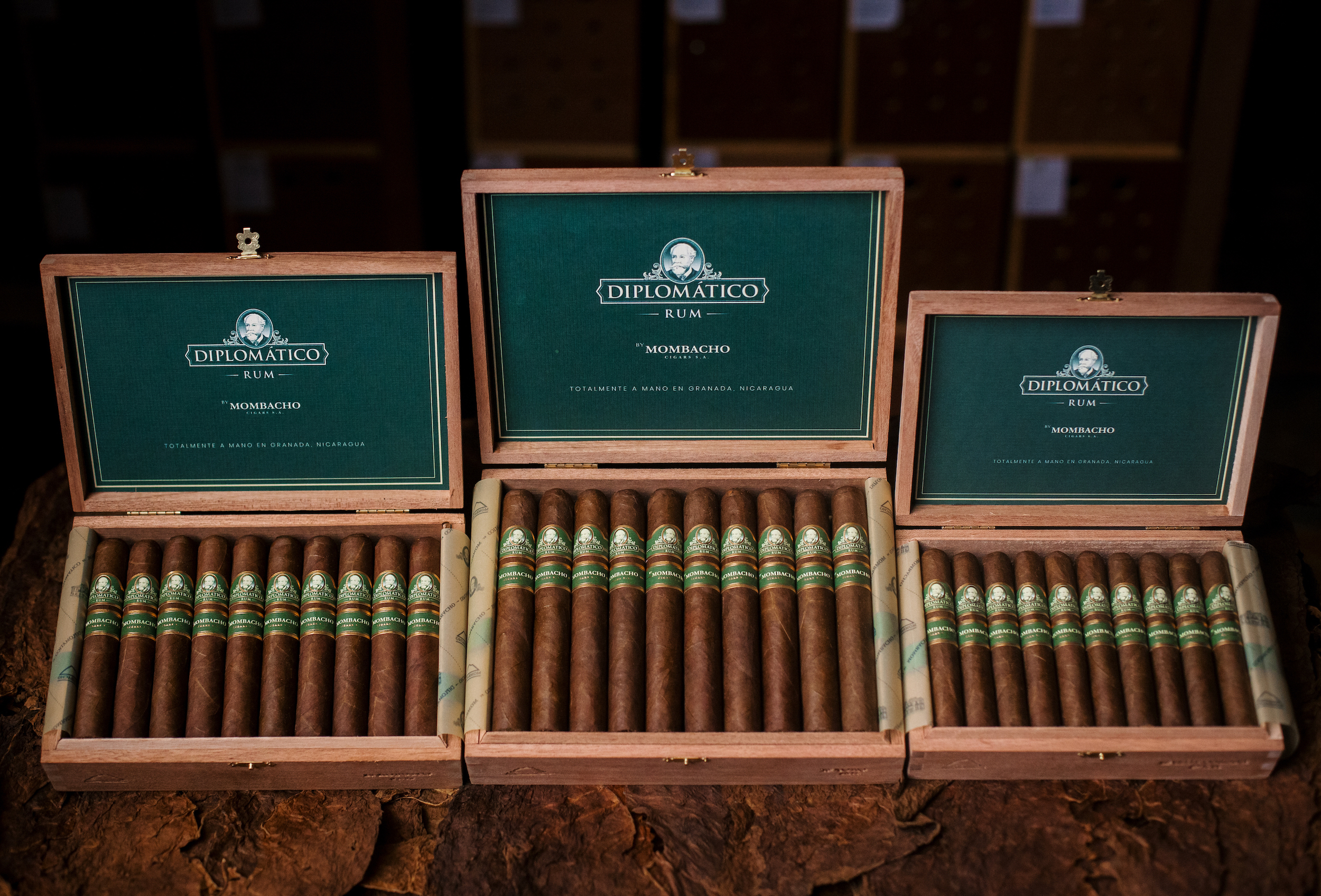 Diplomático by Mombacho Cigars S.A. launched in 2019, billed as a cigar made to be paired with the Venezuelan rum. It uses the rum brand’s packaging designs and part of the proceeds are being donated to charities. As for the blend, it uses an Ecuadorian habano wrapper over a binder from Jalapa, Nicaragua and fillers from three Nicaraguan regions: Condega, Estelí and Jalapa.

It is offered in three sizes: