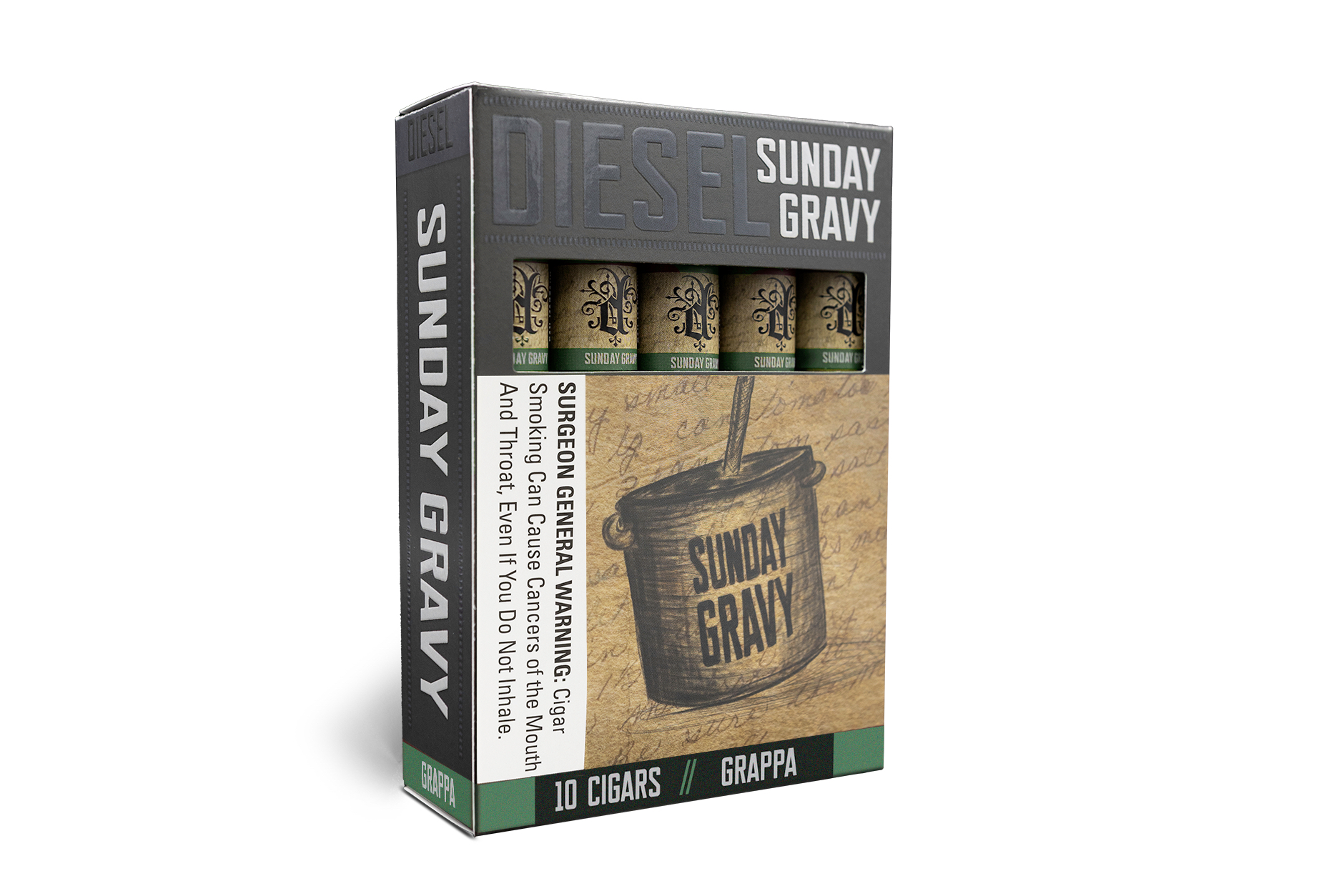 The penultimate release in the Diesel Sunday Gravy Series will arrive next month while the final cigar in the six-part series is expected this October.

That next release will the Diesel Sunday Gravy Grappa, a 5 x 56 robusto extra that uses an Ecuadorian habano wrapper over a Nicaraguan binder and fillers from Honduras. Like the rest of the series, it is named after Italian-American cuisine—grappa is an Italian spirit made with the leftover grapes from winemaking—and it is priced at $4.99 and will come in packs of five.

Previous Sunday Gravy releases have been San Marzano, Pecorino, Gabagool and Rosamarino. Like the rest of the releases, Grappa is made at Tabacalera AJ Fernandez Cigars de Nicaragua S.A. and distributed by STG’s Forged Cigar Co.