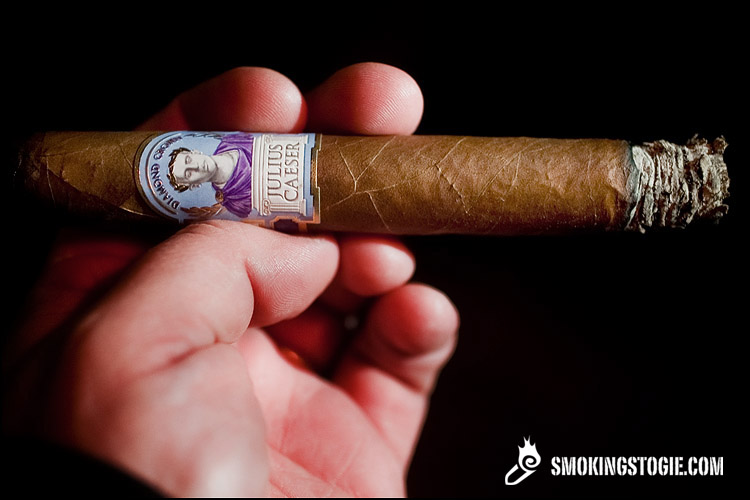 The Julius Caeser will consist of four different sizes when the full line is released to the public sometime in 2010, but the only vitola that anyone has tried is a huge double corona.

This cigar was supposedly to be released in late 2009, but so far almost nothing has been heard of it.

Make no mistake, this is a large cigar. The wrapper is a light red-brown and smells only of tobacco and only faintly at that. It is a fairly firm cigar when squeezed and almost feels like it is overfilled. Taking all these things into account, I was thinking it was going to be a fairly mild smoke.

Right after lighting the cigar, I get a nice amount of spice up front, but it quickly fades into the background and almost disappeared. At the same time,  I am tasting a strong leather flavor, mixed with cedar and just a touch of sweetness, almost but not quite like caramel.

Around the start of the second third, the spice starts picking up and while the cedar remains, it’s mostly in the background at this point. In fact, it almost seems like the spice and the cedar flavors switched places, the sweetness from the first third is gone, replaced by a faint earthy note. 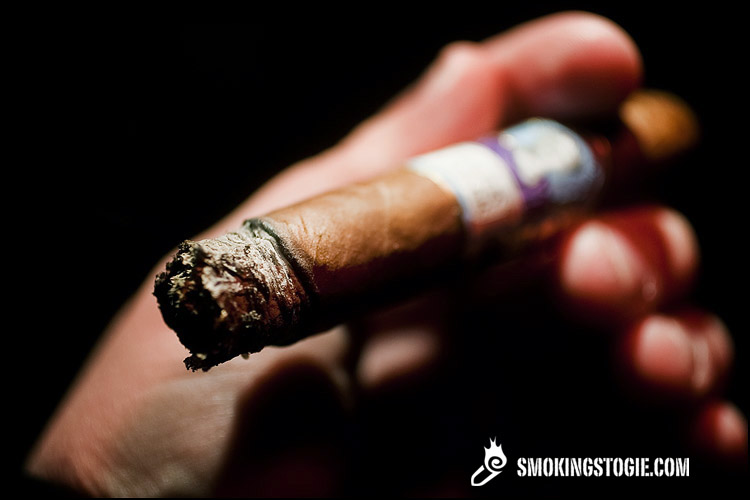 The final third is where this stick really falls apart. The spice disappears, the leather disappears, the cedar disappears, and all I was left with was an almost annoying bland flavor of tobacco that, while not horrible by any means, is exceedingly boring. It continues that way until the end and the cigar does get a bit hot at the end, but not enough to really bother me. There is really not that much that has not already been said above. This was too large, too mild and too boring. It never came close to being anything other than barely average. I am sure it will be overpriced as well.