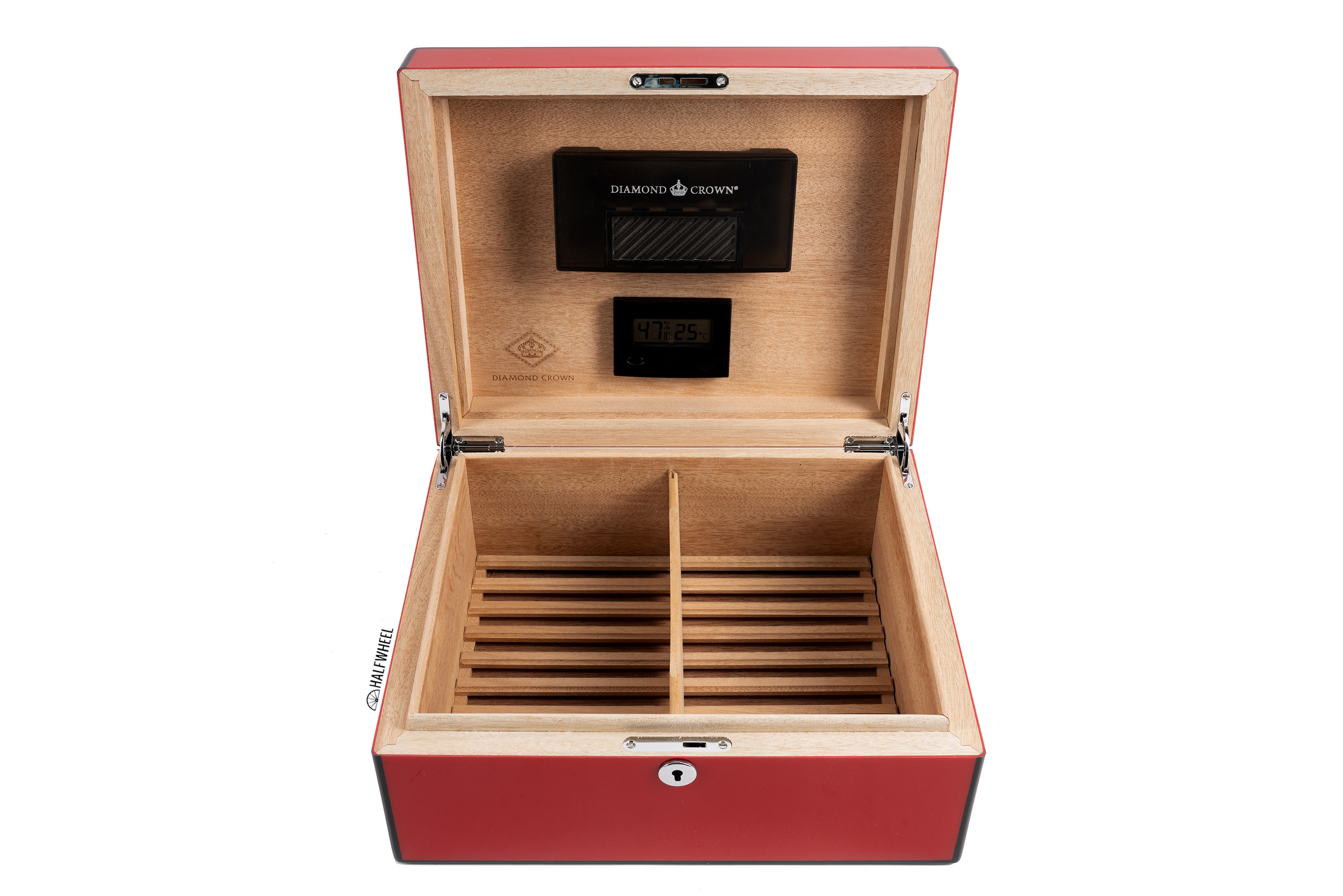 As I’ve mentioned before, I’m always trying to find humidors that don’t immediately scream “this is owned by an old man.” Fortunately, there seems to be an increasing number of humidors that forgo the traditional stained wood on a rectangular box look.

One of the companies behind many of the “this is owned by an old man” humidors is J.C. Newman. The company’s Benchmade and Diamond Crown brands contain a variety of humidors finished in burl, oak, cherry and other stained woods. But last summer, the company announced three new colors for its Havana Collection line of humidors, each providing a much more modern look. 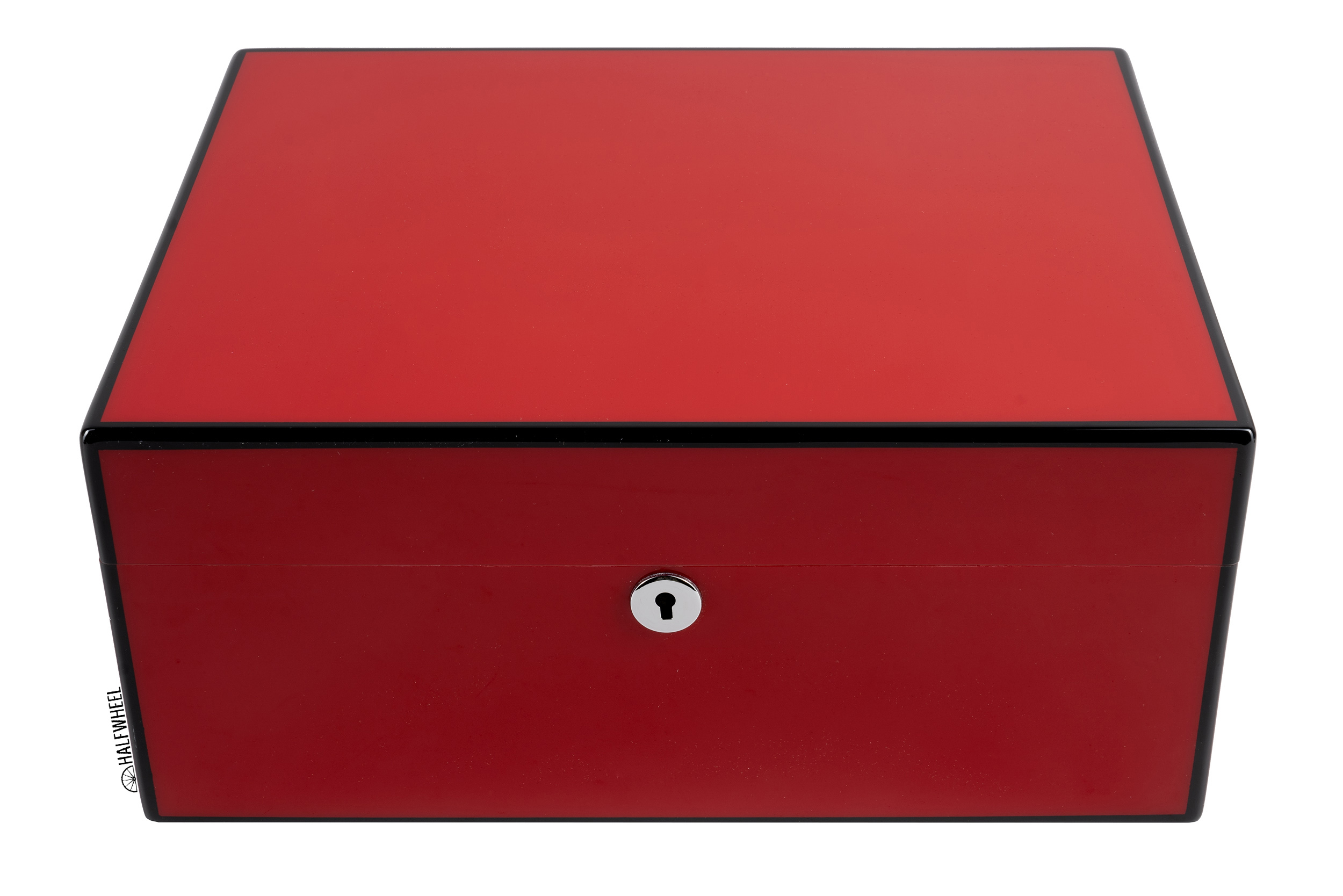 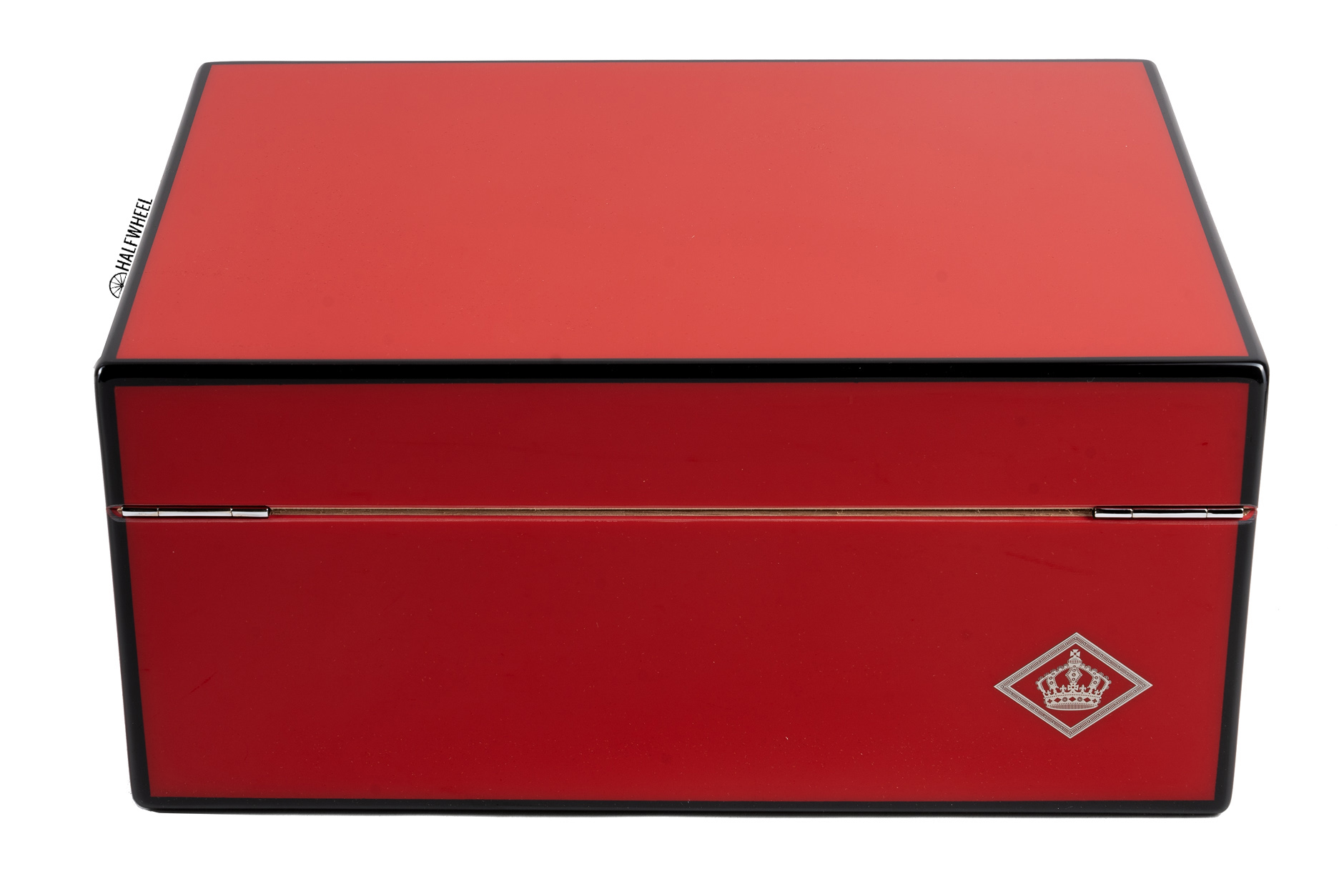 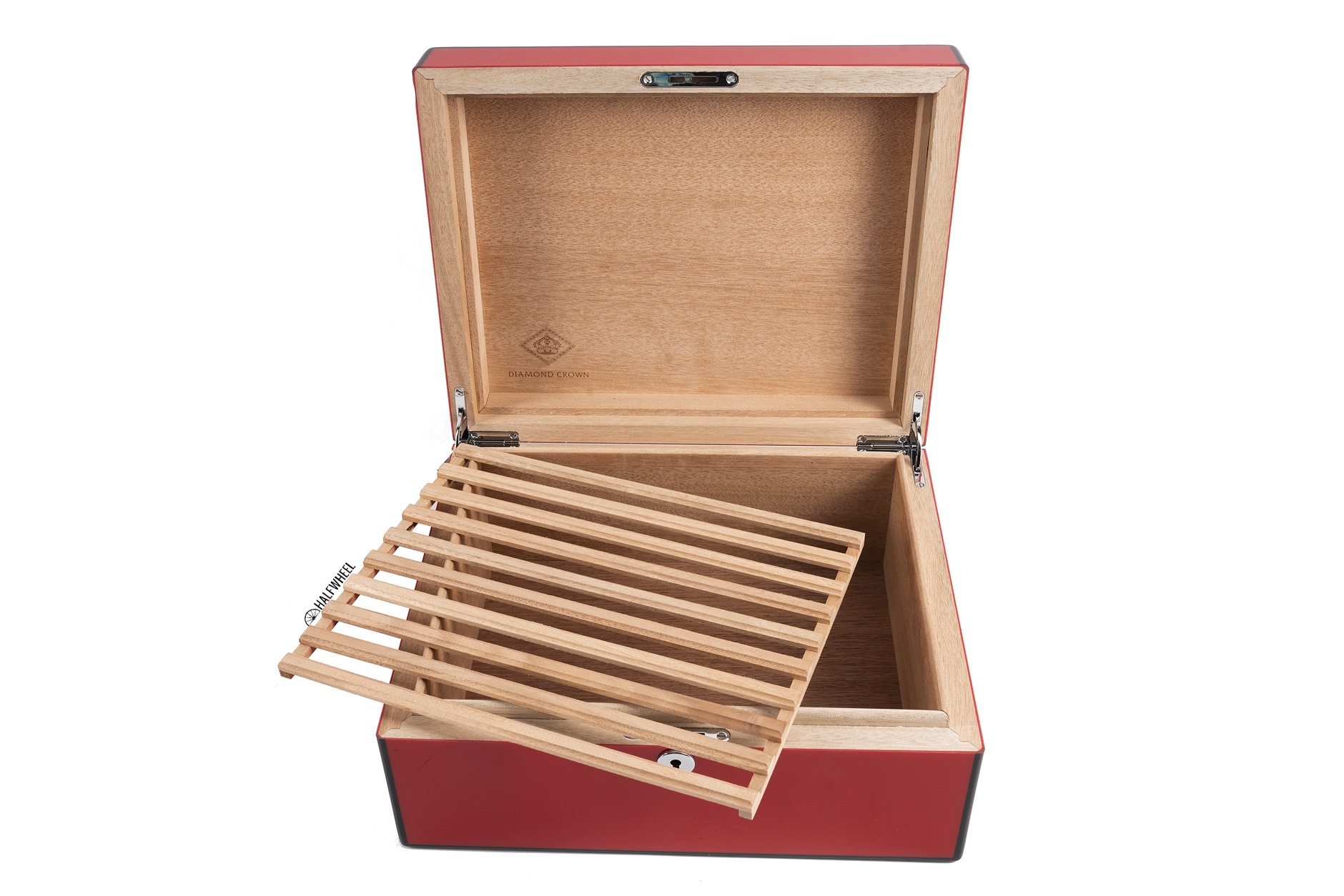 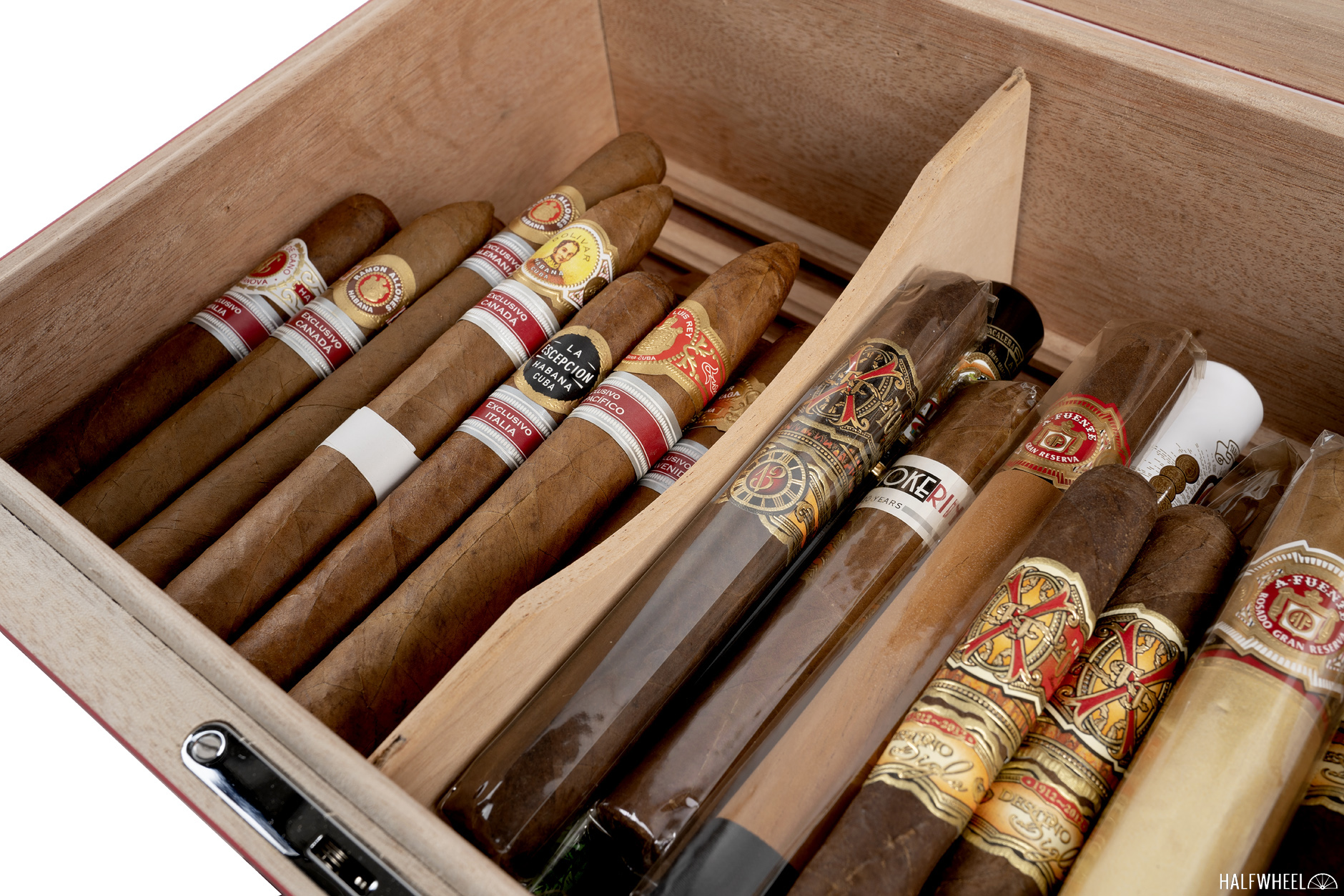 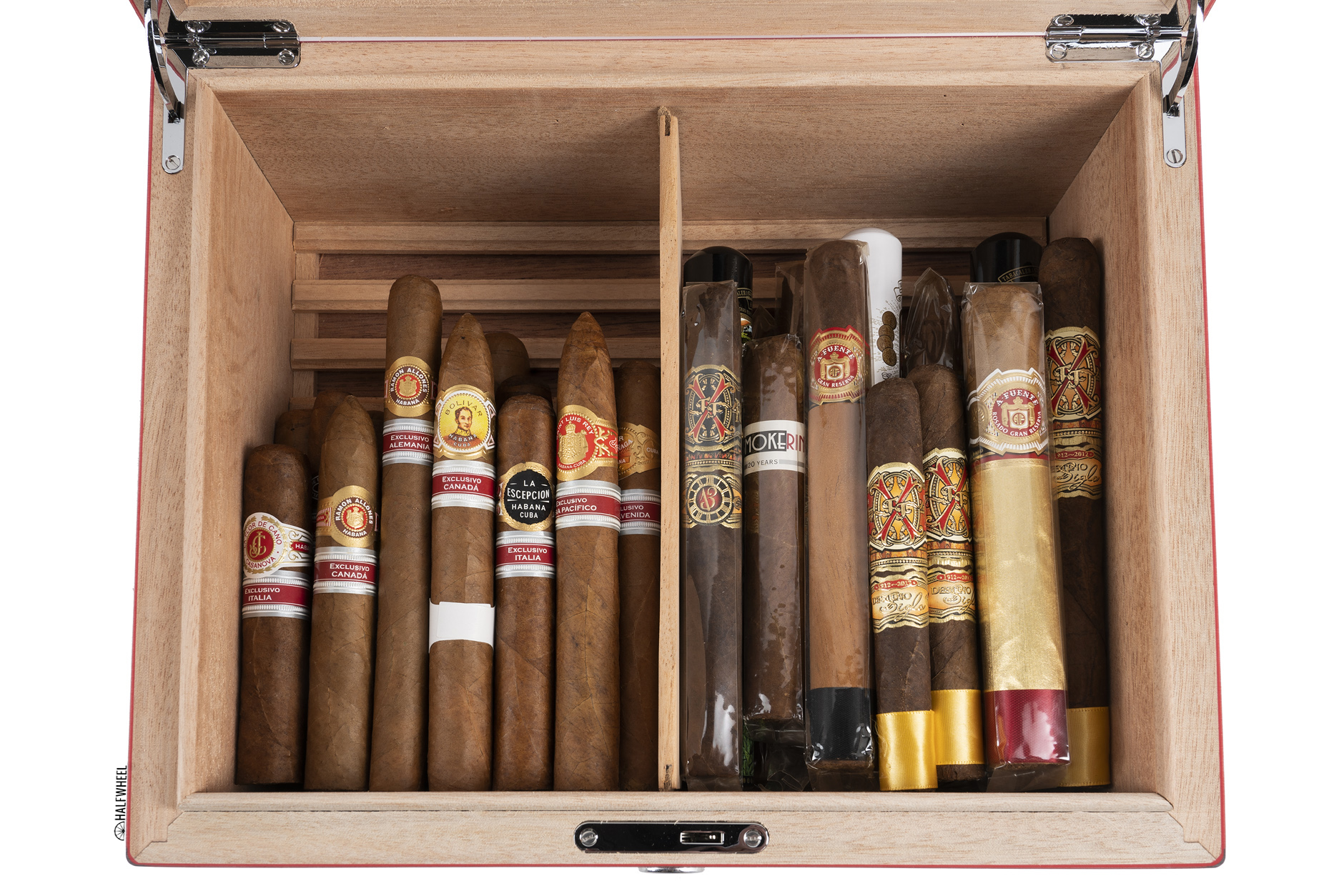 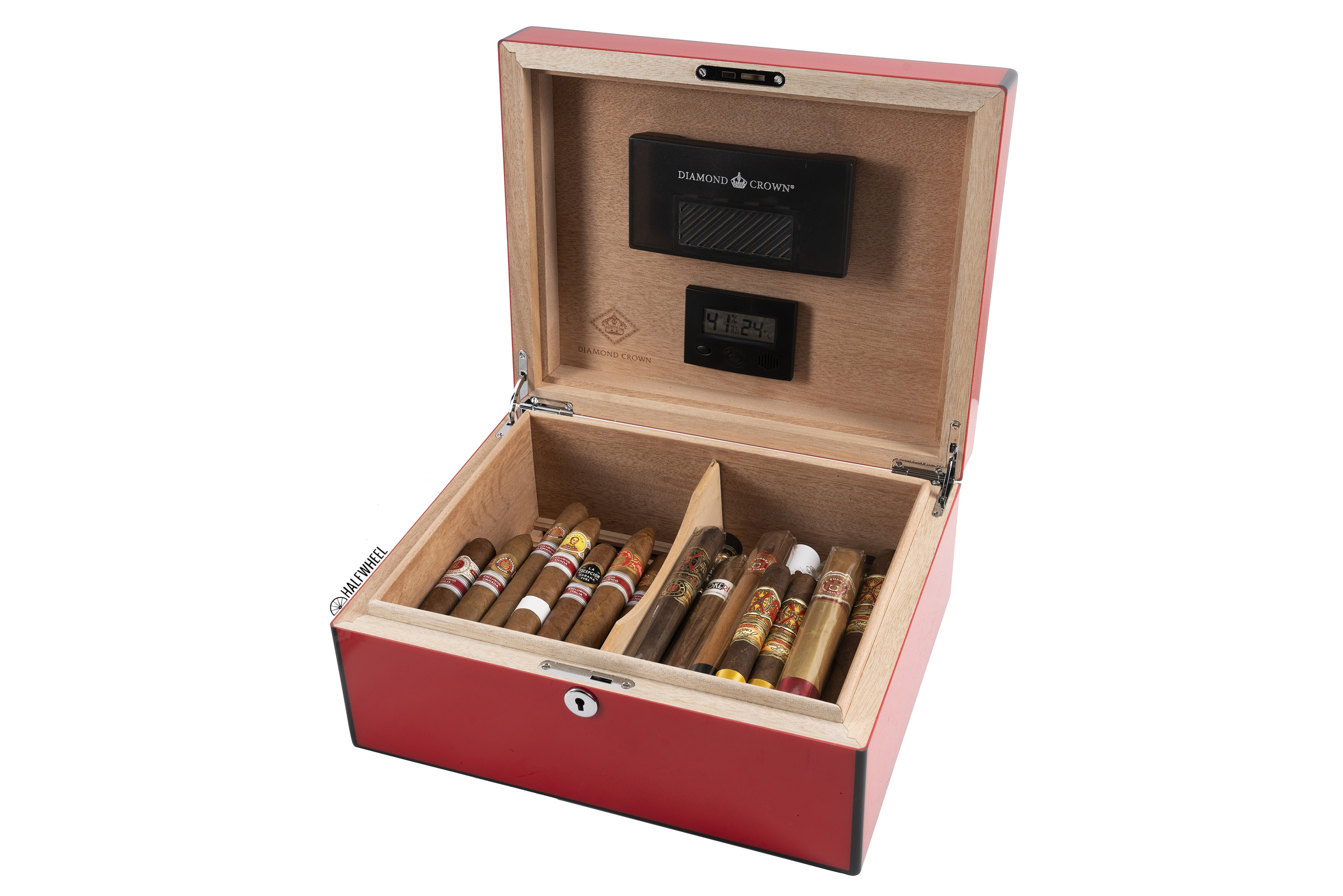 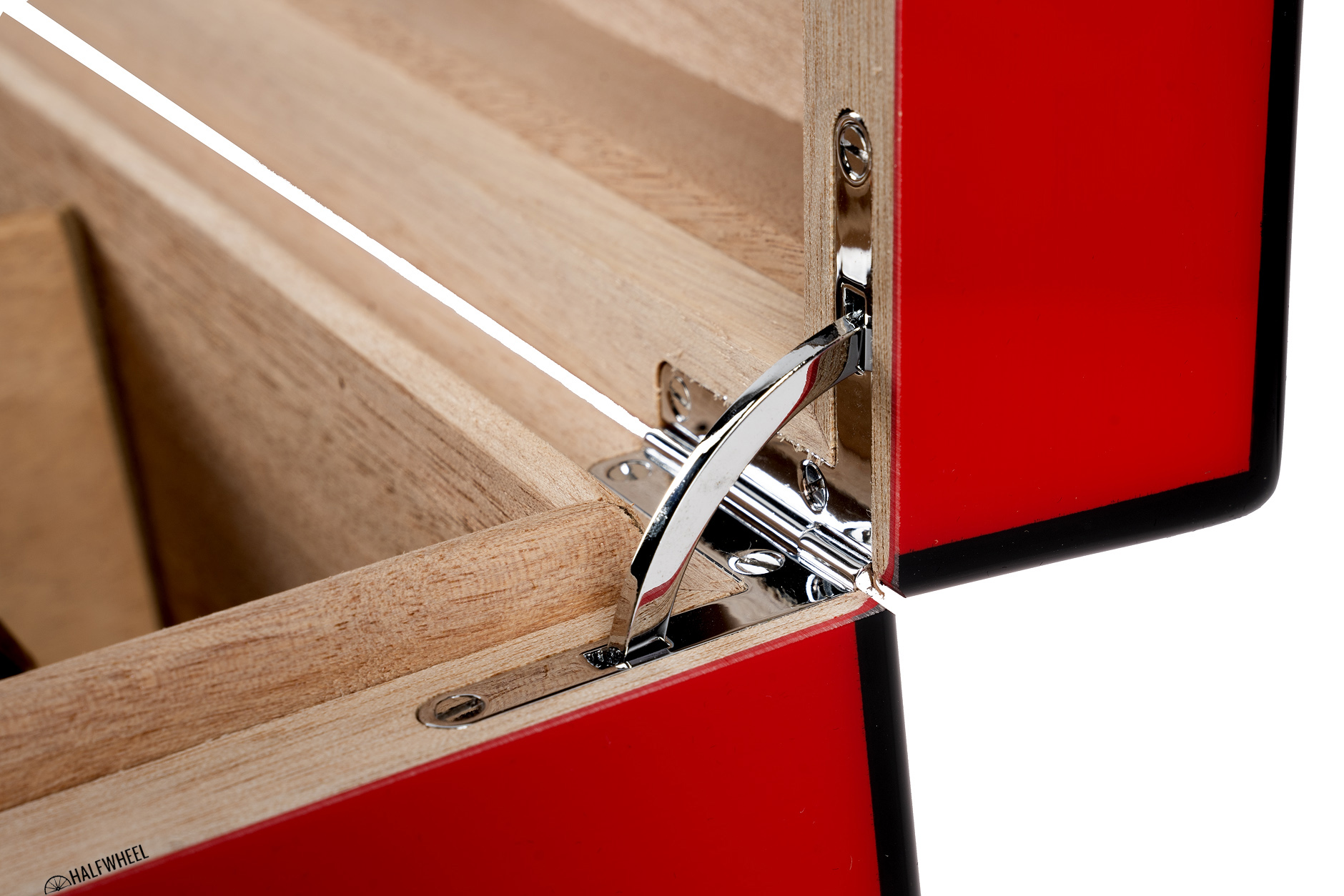 It’s advertised as a 90-count humidor with a suggested retail price of $365 that is offered in three color options: Cielo (blue), Fuego (red) and Sol (yellow). The external dimensions are 12.375 inches x 10 x 5.625. Internally, I measured 10.75 inches x 8.75 x 3.5. There’s potentially another .875 inches of room in the lid if you wanted to stack cigars to the very top, meaning a total of 411.5 cubic inches of usable space. Humidor Discount’s humidor calculator measures the internal dimensions as being capable of holding 69 robustos, though that would be without a humidifier or hygrometer in the lid.

The unit comes with the standard array of J.C. Newman accessories: a removable grid at the bottom, a Diamond Crown Humi-System humidifier, a Diamond Crown hygrometer, a key, one removable divider and a small dropper to help fill the humidifier. Due to the size, there is no tray, but the lid is magnetic.

My testing shows a very sold range of less than 3 percent relative humidity difference over the course of the last 30 days, something that’s pretty consistent within any 30-day period of the five or so months I’ve been testing the humidor. I do find that the included J.C. Newman hygrometer runs a bit wetter than I’d like, averaging 71.5 percent relative humidity. Still, it’s one of the best non-Boveda or non-electric humidifiers I’ve used and the fact that it’s magnetic is a nice touch. 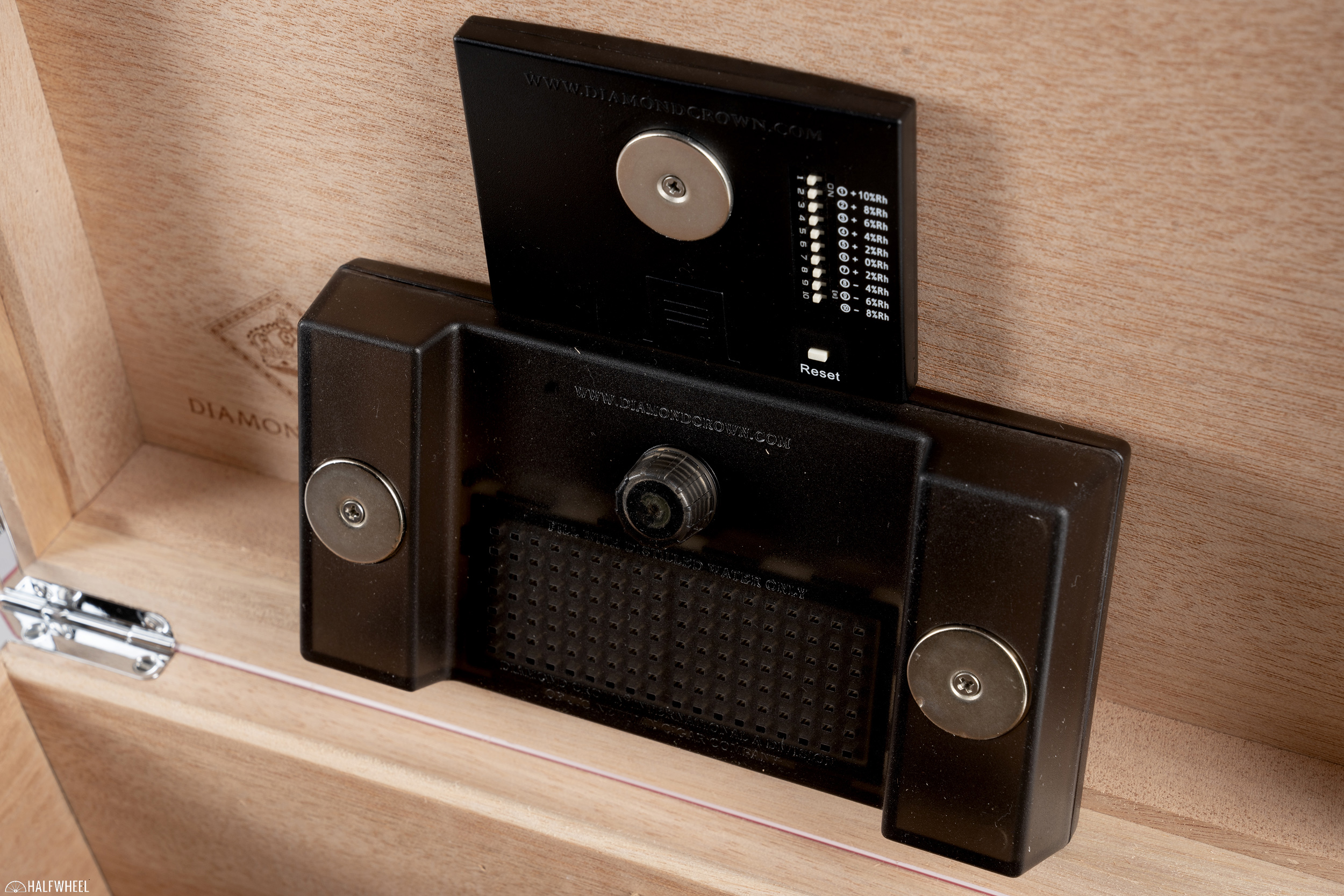 My hygrometer needed a bit of calibration, as it was off by 1 percent relative humidity. Fortunately, J.C. Newman makes it super easy to adjust by using some pins on the back of the unit. Unfortunately, these are in even number increments, meaning there wasn’t a way for me to get the humidor displaying accurately. 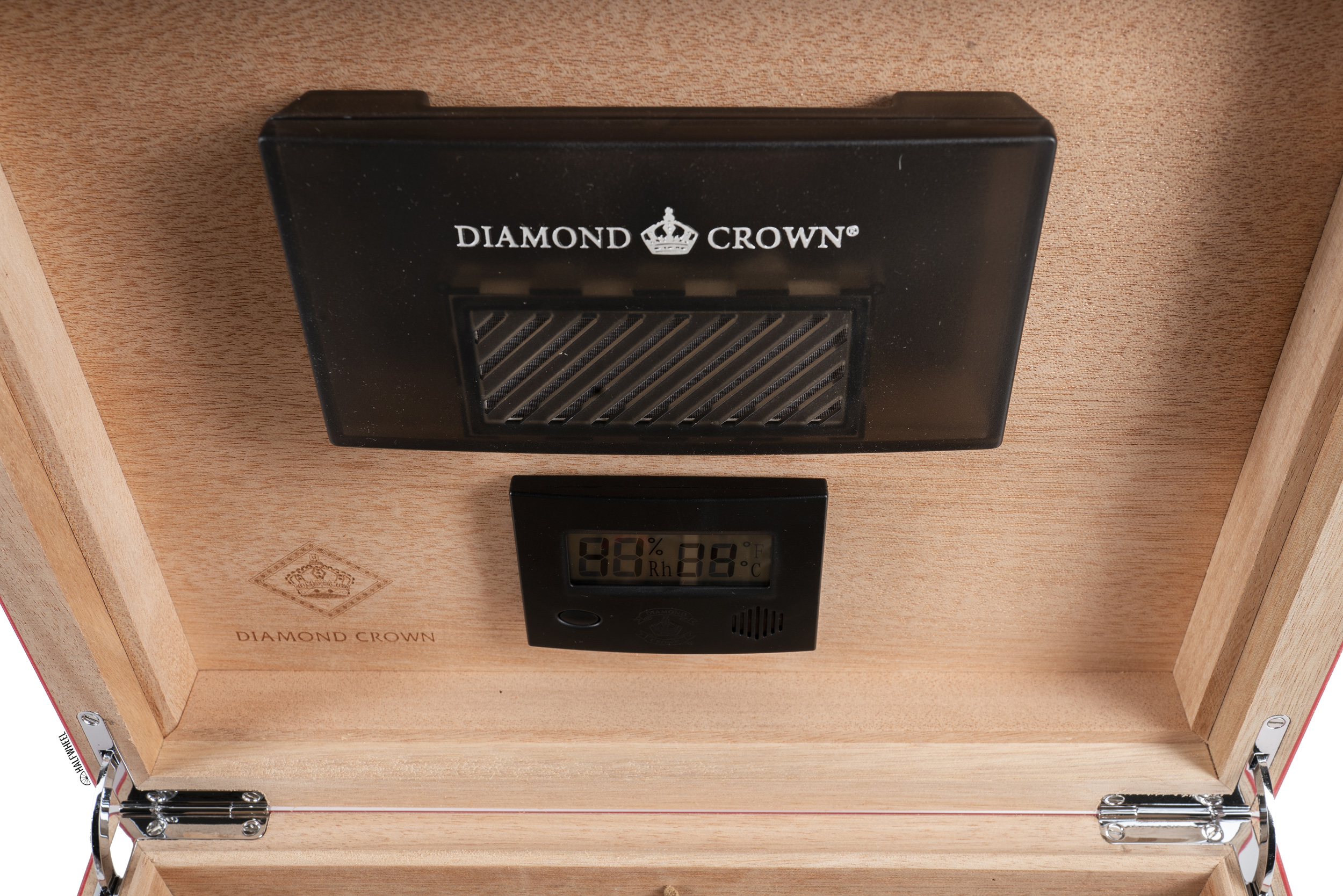 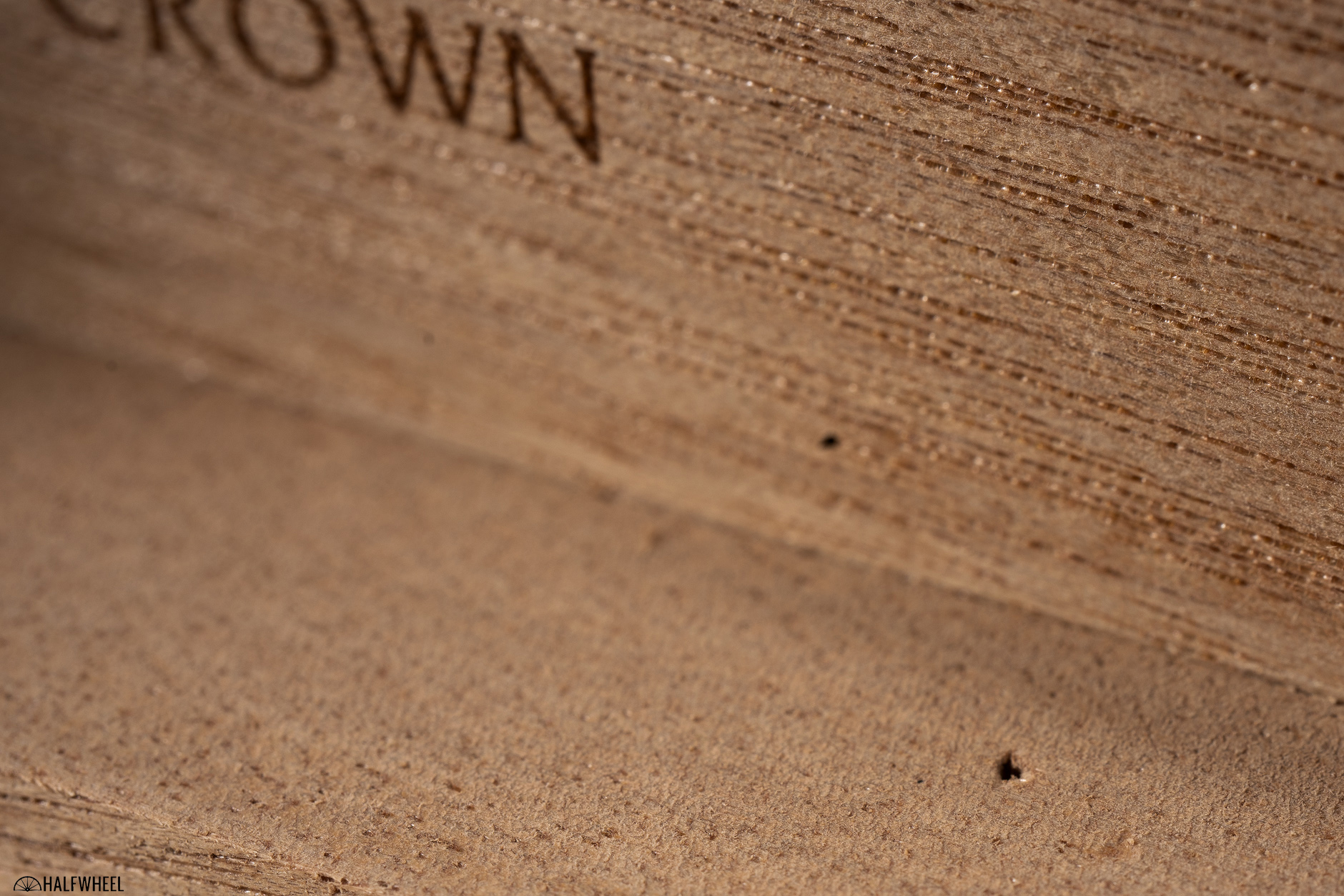 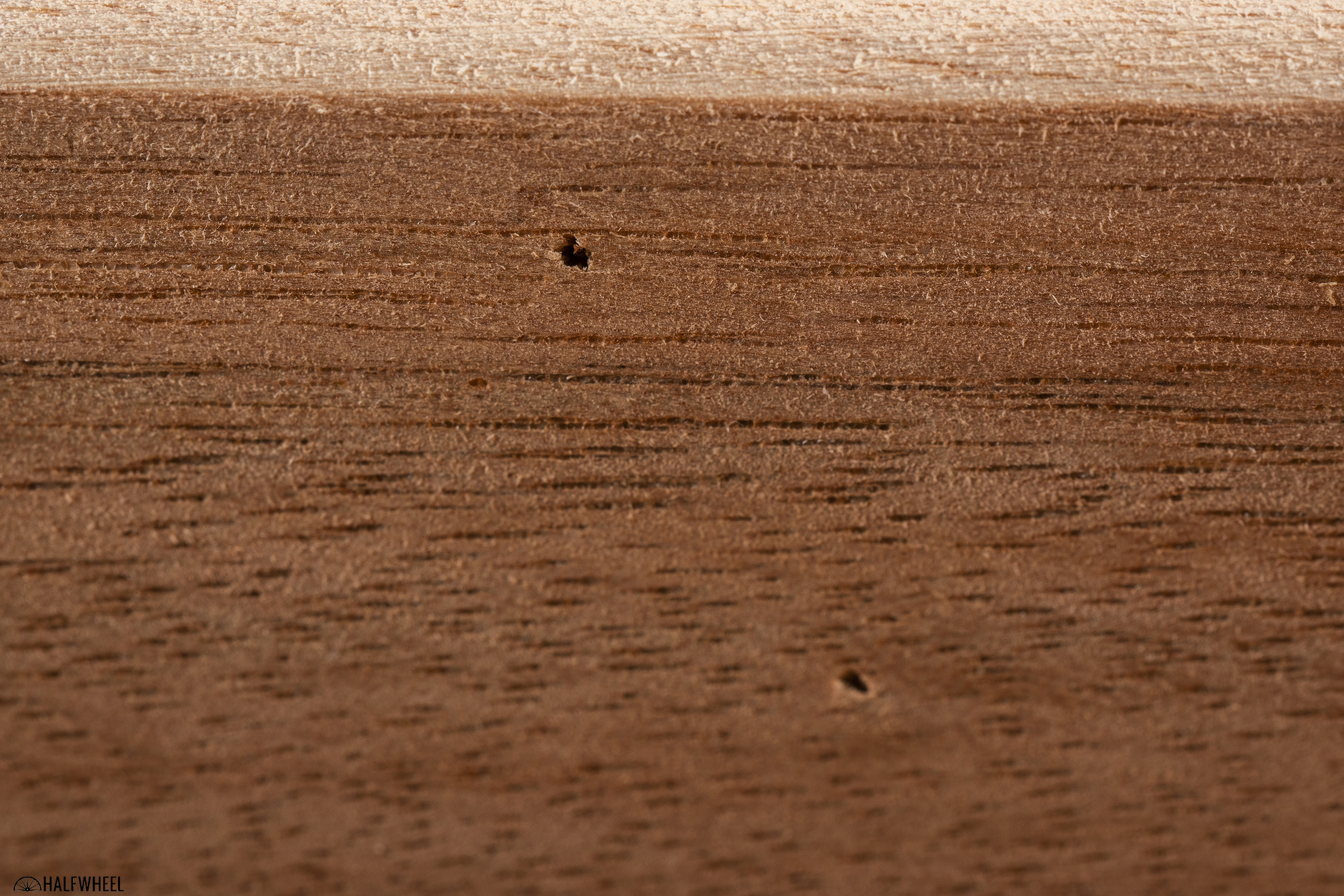 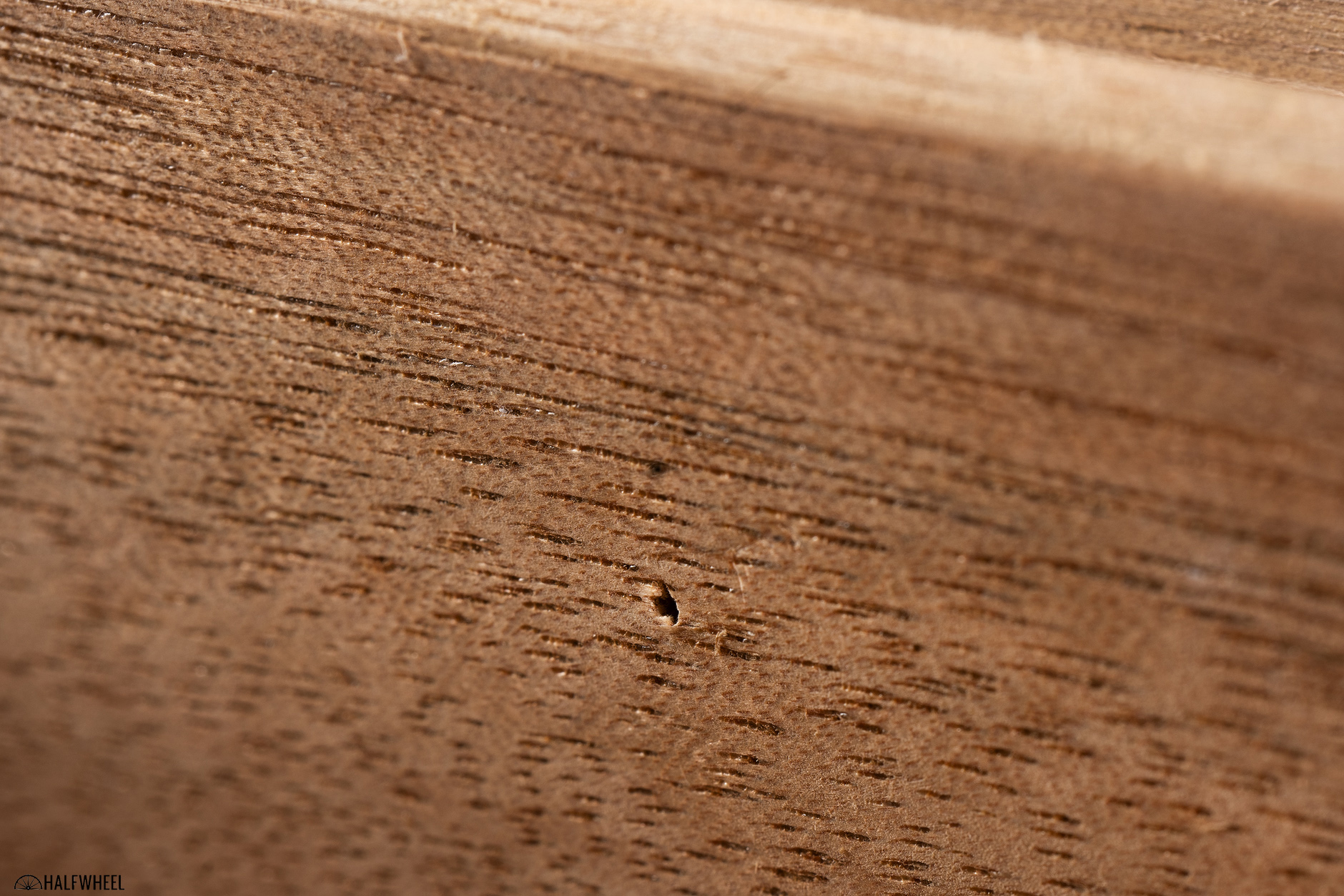 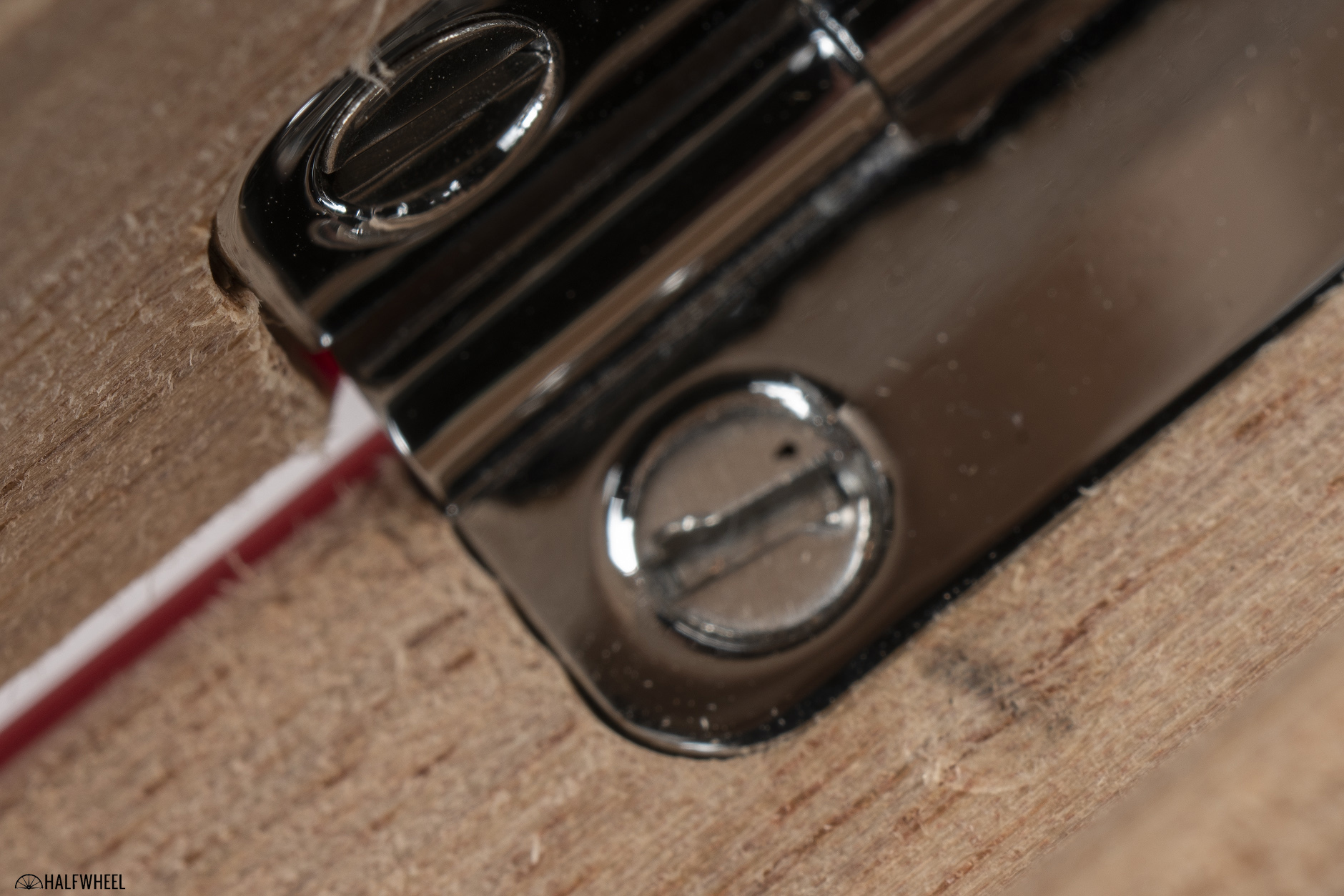 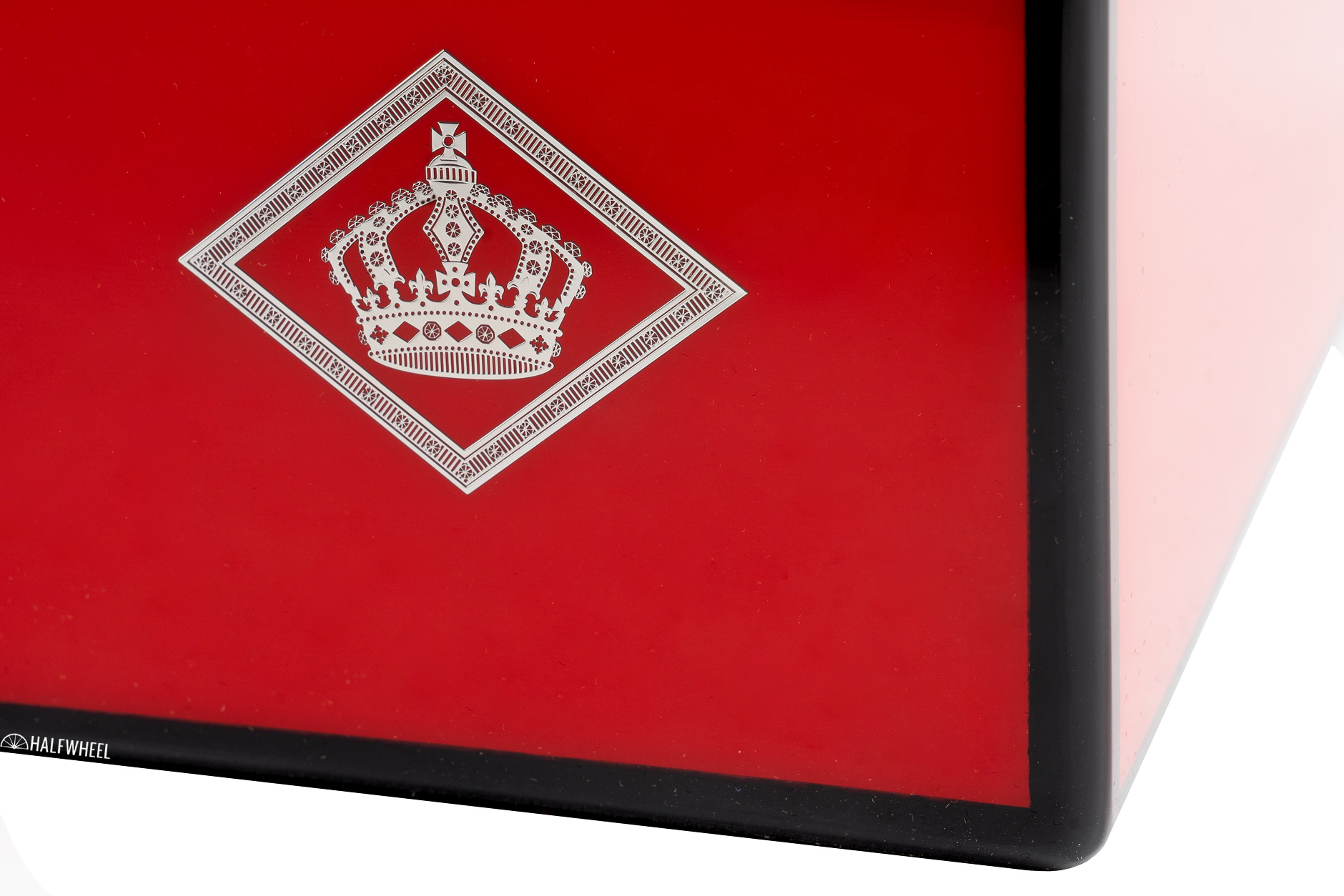 There are a lot of humidors in the size range, so I’ve tried to limit this to humidors within $200 of the Havana Collection’s $365 price. 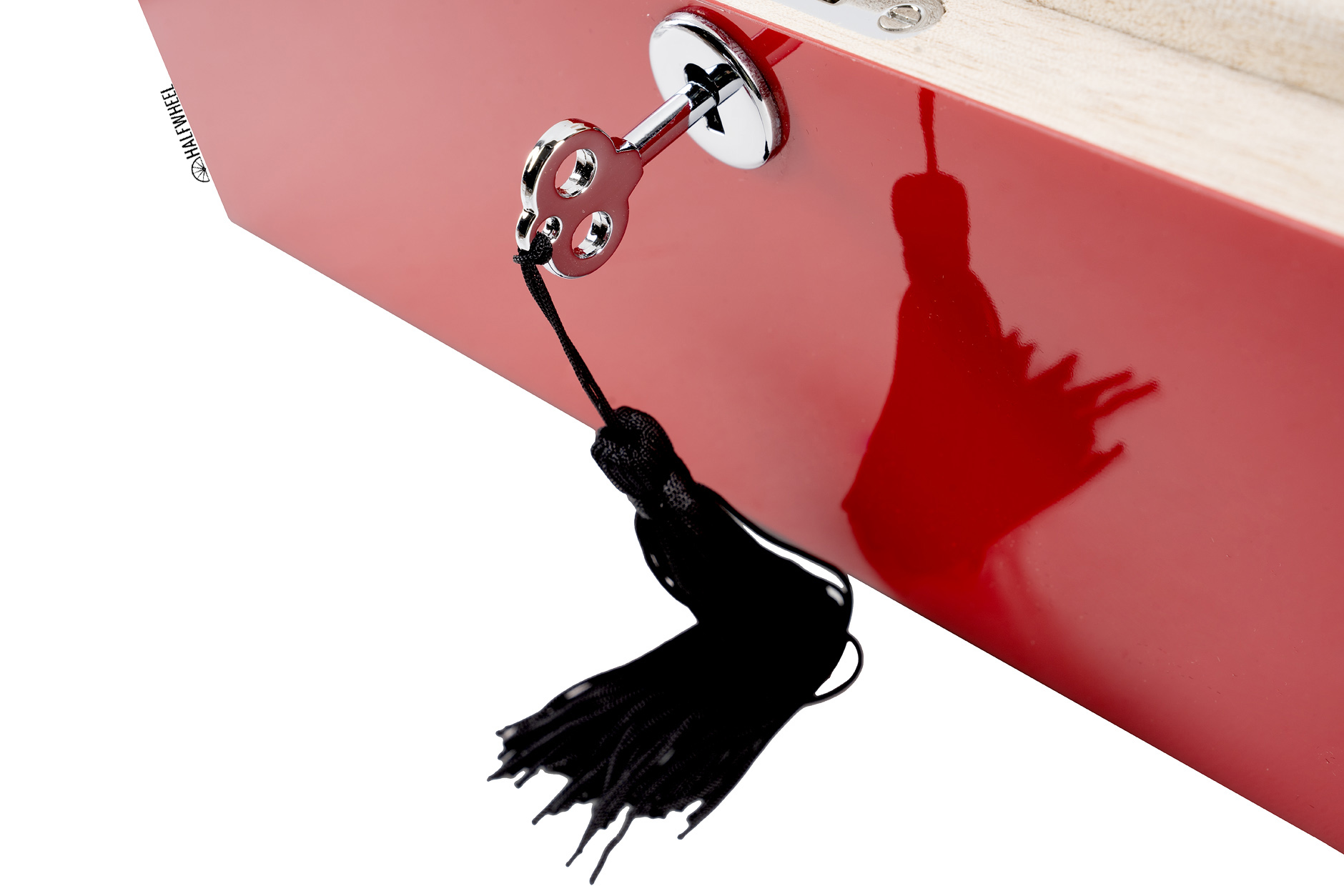 With a street price closer to $325, I think you are still getting a good humidor for the money. Once again, I seem to have a Diamond Crown humidor with cosmetic issues—something that I’m led to believe is an anomaly—but the issues are small enough I doubt most people would notice them.

There are better humidors for a bit more money, but the real question—one that I don’t think I have enough experience to answer—is whether there are humidors at the $200-250 range that are similar in size and of good enough quality to recommend. I plan on buying a few of those options and trying to answer that question at some point in the future.

J.C. Newman advertises on halfwheel. The humidor used for this review was purchased by halfwheel.