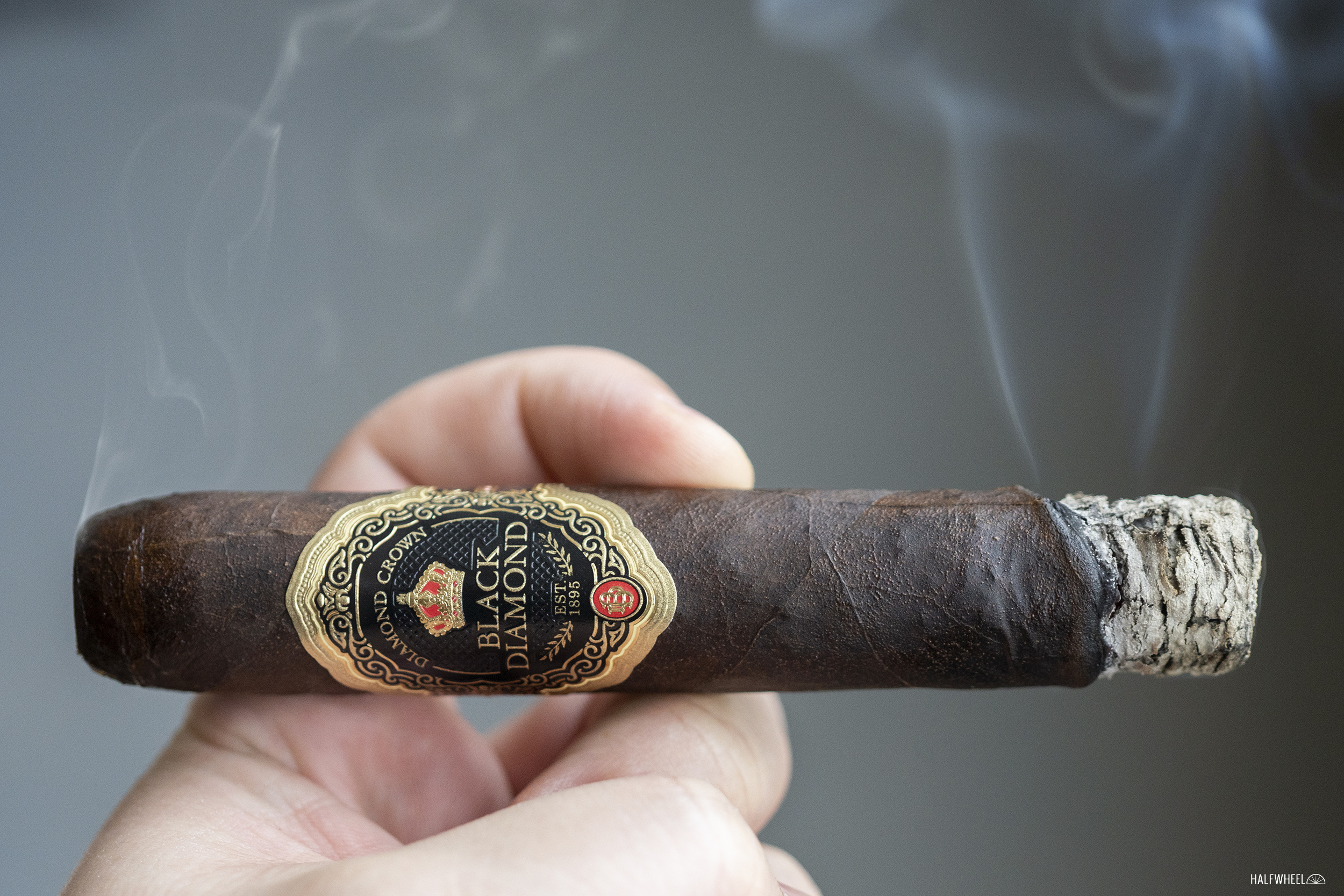 This year, J.C. Newman opted to update two of its existing lines with both new packaging and new blends. One was the value-priced El Baton, a Nicaraguan puro that is made at the company’s large factory in Estelí, Nicaragua.

The other is the Diamond Crown Black Diamond, a decidedly not value-priced line of cigars made by Arturo Fuente in the Dominican Republic.

Its roots trace back to 1995 when Stanford Newman—the company’s second-generation owner who was once tasked with expanding the Newman’s cigar operation to Tampa—introduced the cigar as part of J.C. Newman’s 100th-anniversary celebration. At that time, the cigar was known as Diamond Crown Maduro. In 2013, the company announced it would be rebranding the cigar to be called Diamond Crown Black Diamond.

It ended up taking more than three years between that announcement and when the rebranded cigars finally began shipping to stores. J.C. Newman used that time to update not only the packaging but also the blend, which seemed to go through a few test iterations before being released in 2016. 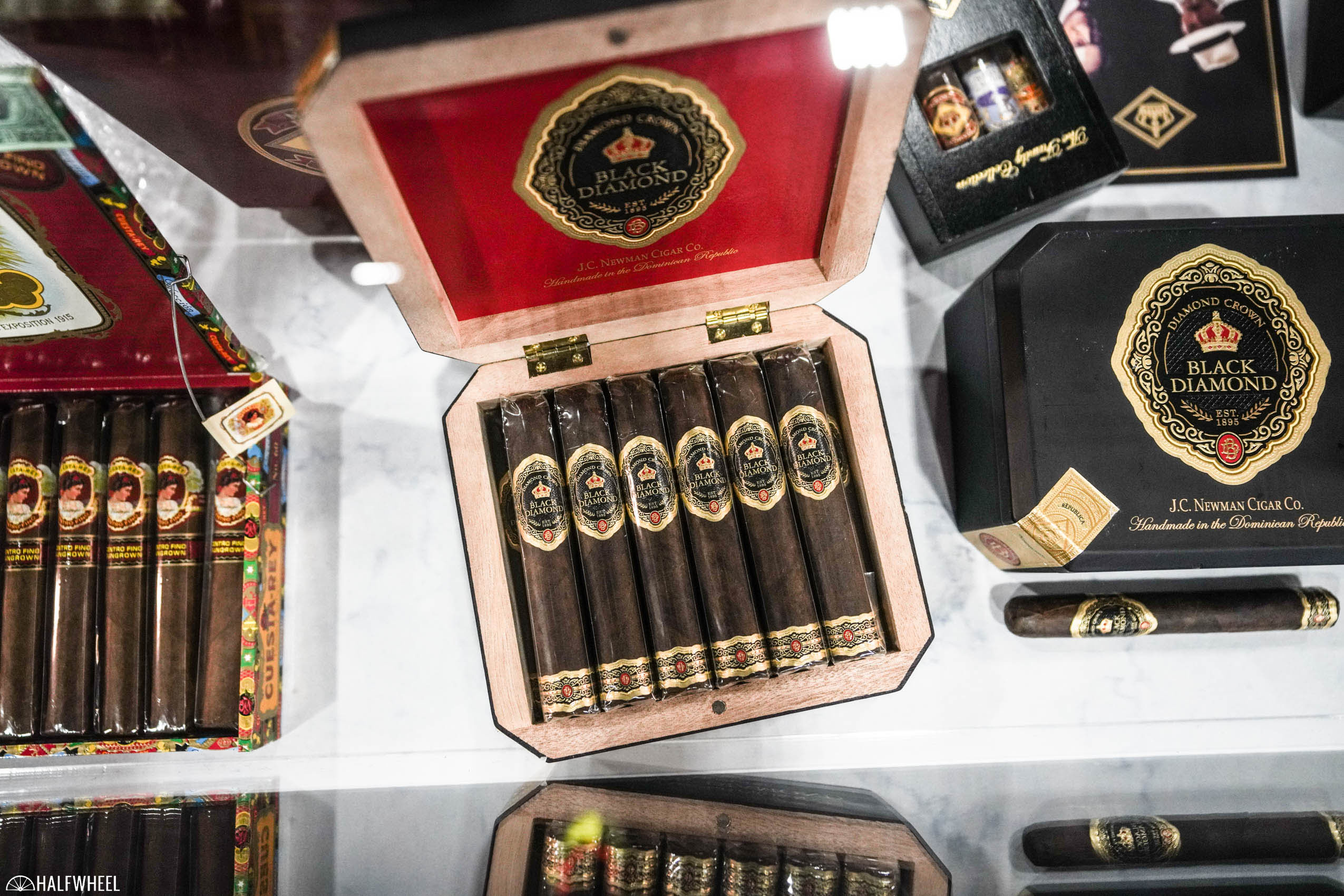 Now, six years later, that blend has been reworked again. Drew Newman, J.C. Newman’s general counsel and its fourth-generation owner, told halfwheel he wanted to make the blend stronger and more refined. While the blend uses the same basic components as before, the ratios and other details have changed.

Also changing is the packaging. Gone are the purple and blue accents as well as the high-gloss black, replaced by a matte black and more cream-colored accents.

It’s offered in the same three sizes as the previous version: 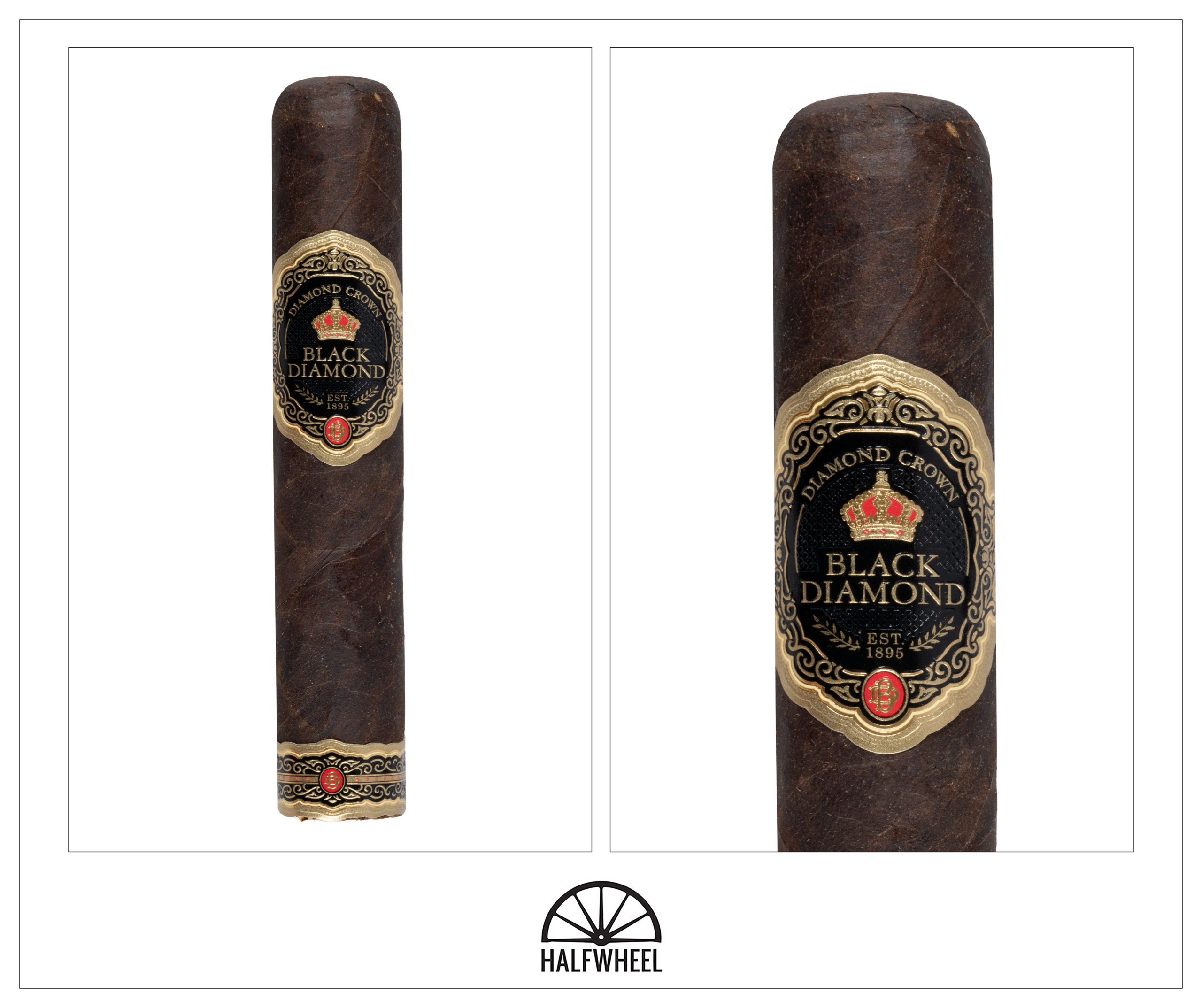 I had seen this cigar in press photos and briefly in person over the summer, but in seeing it up close, I’m impressed with how well the details are printed on the band, something that helps the cigar photograph incredibly well. The wrapper is pretty close to black, though I can see shades of maroon coming through. While I can see mottling where red and brown colors break through the near-black color, the wrapper is so dark that it’s difficult to see the roll lines of the Diamond Crown Black Diamond Marquise, though I can see some veins. The cigars feel rather dense, though there’s a slight amount of give that suggests the interior is quite hard while the outer parts of the tube have some squish to them. These cigars arrived to us without cellophane and they’ve been sitting in a humidor since mid-October. I bring that up because I cannot smell anything distinct from the wrapper. The foot smells like it has some floral aromas over some sweet tobacco sensations, it’s a pretty generic aroma though at least I’m able to pick up something. Cold draws have lots of floral flavors over some graham crackers and something that reminds me of chlorinated water. It’s medium-full and largely tastes like sweet floral flavors.

There’s a melon sweetness that emerges on the first puff of the Diamond Crown Black Diamond Marquise. It’s by no means the strongest flavor at first, but it is the most unique and I find myself chasing it a bit more than the other notes. Other flavors from the initial puff include a generic cedar, barnyard and then some darker toasty notes that transition into a very tannic finish. Pretty early on, I notice that the texture of the flavors is rather unique, something I would describe as chewy. In terms of the individual flavors, I find nuttiness over earthiness—both generic earthiness and a drier version—along with dry cracker and a mild amount of sweetness. The finish is softer with grains, oak, other woody flavors and a Nilla wafer-like sweetness. Also of note, I find the finish to be slightly stronger than the main flavors, a relatively rare occurrence for me. Retrohales have sweeter floral flavors followed by some herbal flavors and then some generic bread dough flavors. At times, the retrohale’s finish can be sour and bitter. Fortunately, that happens on the minority of puffs where I take a retrohale, which typically sees the grain flavors get even stronger, sitting atop a raw sugar and some floral flavors. Flavor is full, body is medium-full and strength is medium-plus. Construction is good throughout the first third with no issues on any of the cigars I smoke.

While the flavor remains full, it does not seem as strong as it was during the first third. Oak flavors overtake the nuttiness, which has more or less disappeared from the main flavor section. Secondary flavors include floral flavors, barnyard and a harshness that sometimes manifests itself as black pepper. The finish sees nuttiness and grains stand out, a bit of a throwback to the first third. There are still some puffs where I can get an off-putting bitterness, though it’s easier to identify as it reminds me of how cilantro tasted to my palate as a kid, something that has since changed. A buttery nuttiness is present on each retrohale, edging out some popcorn and flavors that remind me of Scotch whisky. Due to some addition by subtraction—there are now fewer individual flavors during the retrohale’s finish—the Scotch notes take over and accent popcorn and some herbal flavors, meaning everything taste like it’s got some added peat and wood flavors. The flavor is full, body is full and strength is medium-plus. At pretty much every point of the second third, the cigar tastes more like one that has been aged for a few years than something that just began shipping to stores. It’s a very smooth profile that doesn’t have that many flavors, but the flavors that it does have are rather developed. One touch-up is needed on two cigars, but construction is otherwise quite good. 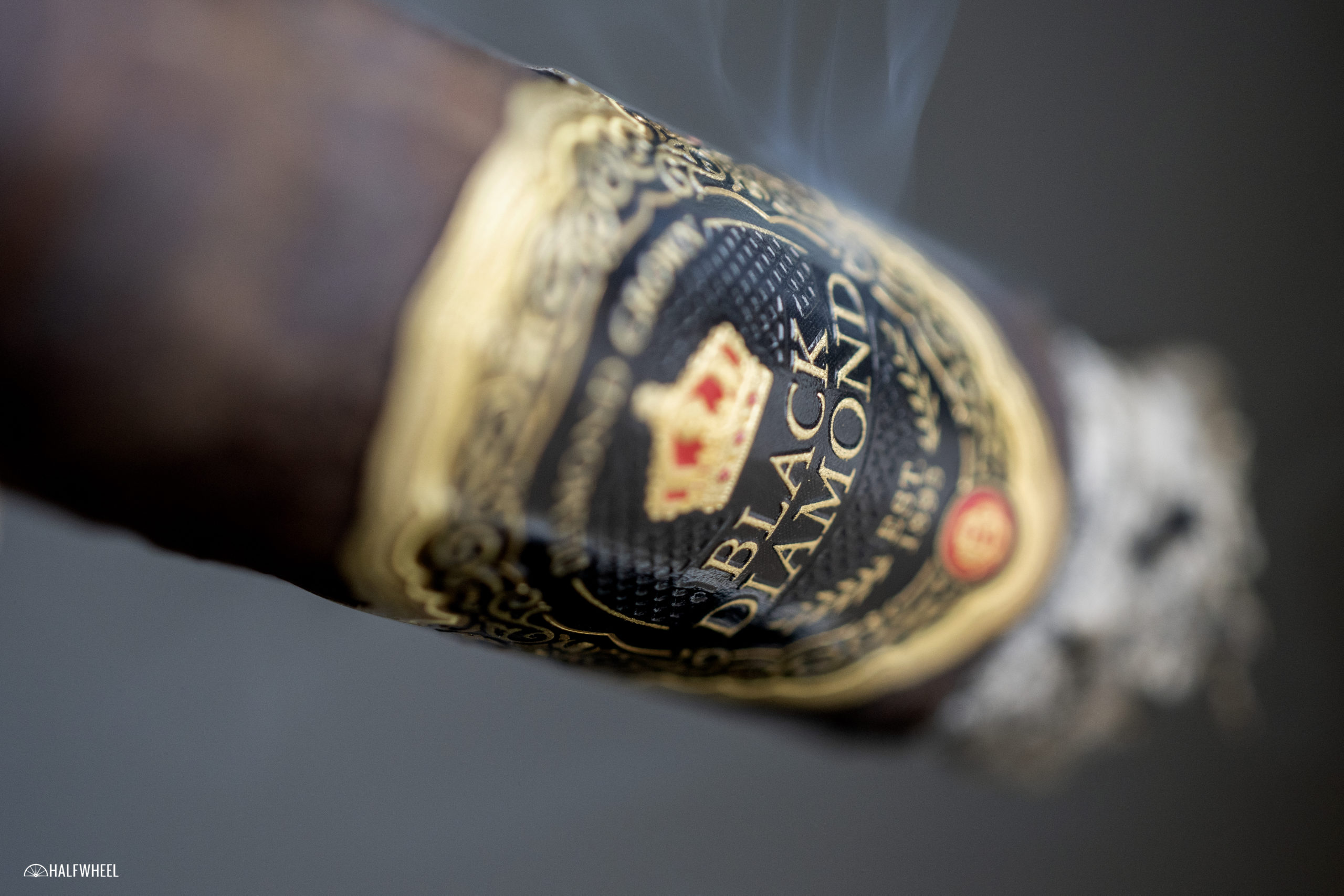 Similar to the second third, while I find the flavor to still be “full,” it’s continuing to lighten up a bit. I’m not sure how much of this is the actual intensity level versus the softness and smoothness that the remaining flavors still have. Regardless, I’m not complaining. Creaminess adds itself to the profile for the first time, which seems to reduce the Nilla wafer-like flavor’s sweetness. Those Scotch characteristics are also now affecting the flavors I taste in the mouth—or at least the puffs I take without a substantial retrohale—as I’m beginning to taste some unique herbal flavors, one of which reminds me of burnt thyme. Towards the very end, the creaminess shifts to more of a béchamel sauce-like flavor, gaining some starchiness and mixing with the herbal flavors. The finish is a bit more pedestrian than before: creaminess and the aforementioned herbal flavors over white pepper, some acidity and a generic earthiness. I’m caught off guard taking a big retrohale during the final third as the Diamond Crown Black Diamond delivers peppermint over some sharp lemon juice, a vibrant mixture that sort of comes out of nowhere. There’s also some creaminess, a nut and oak mixture, then some pizza crust flavors, none of which are as vibrant or distinct as the peppermint. The finish is toastier with some mineral elements and more of a soggy pizza crust flavor. Flavor finishes full, body is medium-full, and strength is medium-plus. On each cigar, I notice the temperature of the smoke really picks up with about an inch left, but construction is otherwise pretty good with just one cigar needing a touch-up. 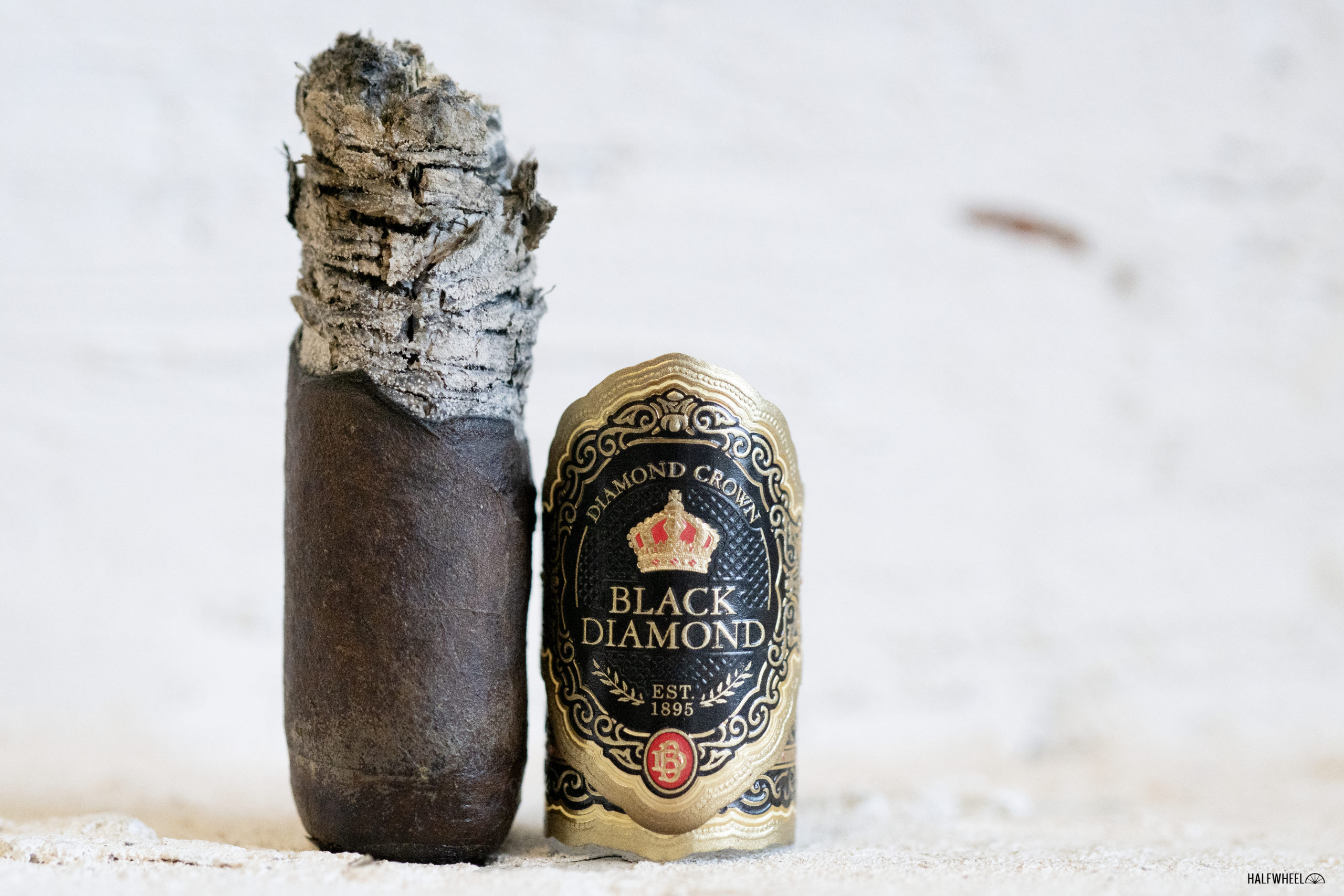 The fact that J.C. Newman is on the third different blend in 10 years says a lot, particularly given that J.C. Newman is not known for constantly tweaking and updating its cigars like some smaller companies. And this is just the third different blend in the last decade to be sold. I remember being at a J.C. Newman cocktail hour in New Orleans in 2015—it was quite hot and humid—and the company was handing out five-packs of a prototype of what would become the Black Diamond. That was not my favorite blend. I’m not sure how much changed between the time of that party and when the cigars were released a year later, but it tasted better, though it wasn't something I'd reach for. I believe J.C. Newman has finally figured it out. This is an incredibly smooth profile with rather mature flavors—both the types of flavor notes and the aged sensation I picked up—that seems to match how J.C. Newman positions this within its portfolio. It’s not just a darker Diamond Crown, it’s not some sort of OpusX lite, and perhaps most importantly—despite what might have happened—it doesn’t taste like just a minor variation to the previous blend.