So how did you decide to make a coffee-infused candela cigar?

That question, inevitably, did not come off exactly how I intended, but it was part of a Saturday phone call with Sawyer Wickersham, co-founder of Degenerate Cigar Co. We were talking about Wickersham’s first cigar, which I knew nothing about prior to the phone call and he explained that not only was it a candela-wrapped cigar, but also infused with coffee beans.

It would be remarkably bold for a company’s first cigar to be either candela or infused, but both is virtually unheard of. And yet, that’s not the most remarkable part about the company. Wickersham is an Army Ranger and Degenerate’s first cigar, Gold Star Blend, pays tribute to a fallen soldier: Sgt. 1st Class Wyatt Goldsmith, who was killed in action on July 15, 2011 in the Helmand province of Afghanistan. Sgt. Goldsmith was a green beret, hence the decision to go with a candela wrapper. 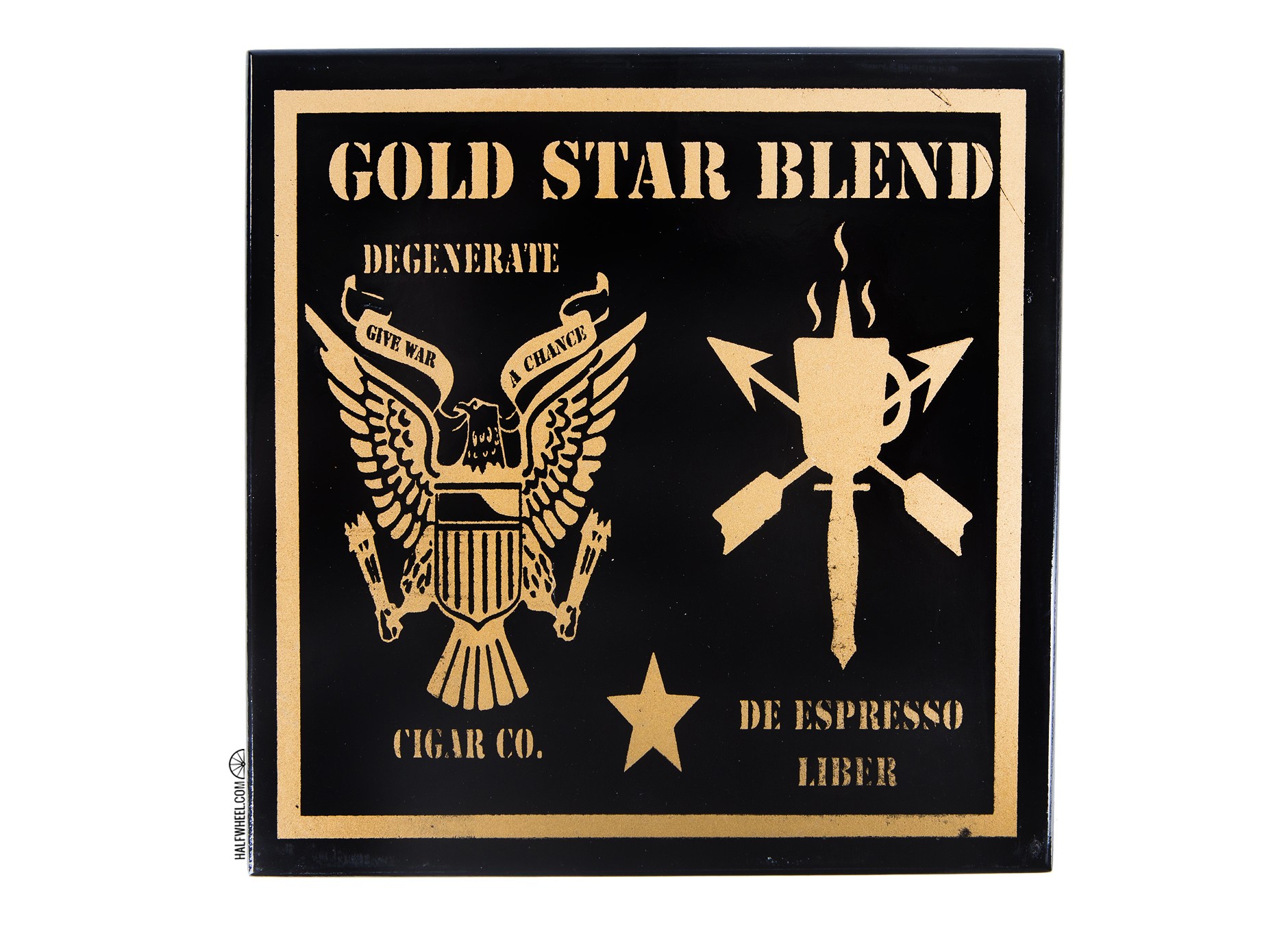 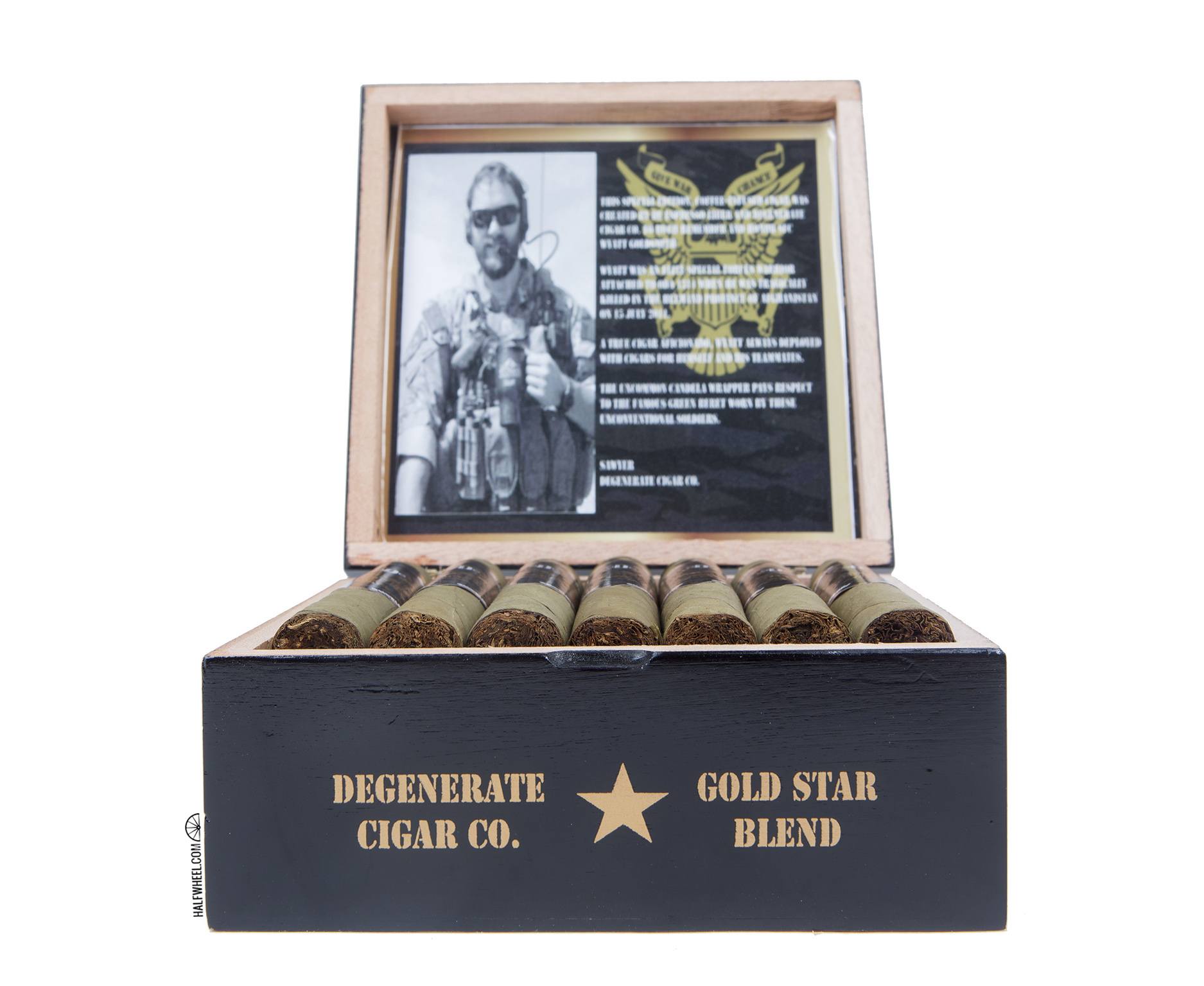 The coffee used is from De Espresso Libero, another veteran-owned business, and a portion of each cigar sold is donated to three different charities that assist military members and their families.

As for the tobacco component, it’s offered in a single 5 x 50 size with a Dominican candela wrapper and an undisclosed binder and filler. Pricing is set at $8.50 per cigar and the company is self-distributing. 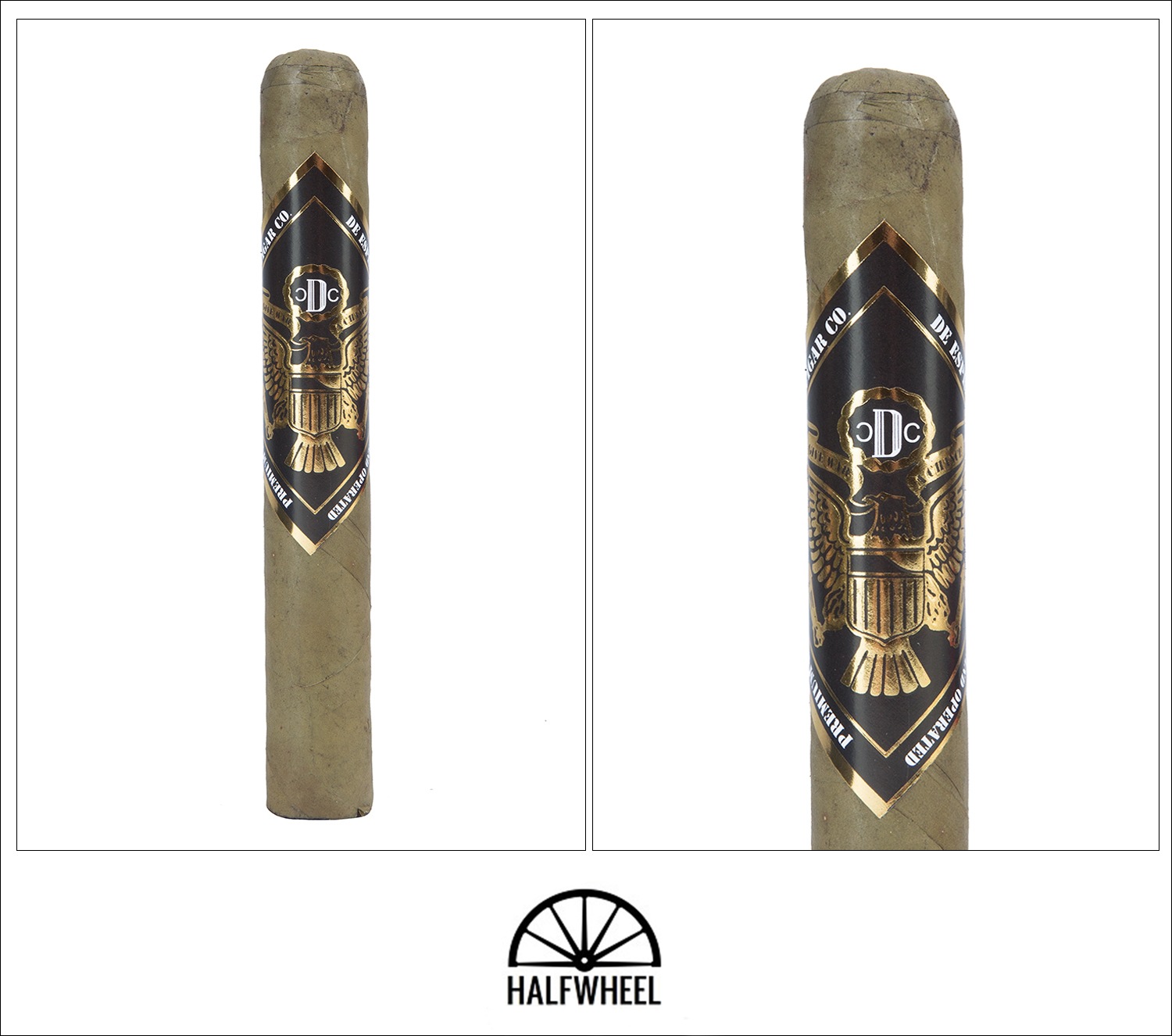 As with most infused cigars not named ACID, I would not recommend storing these cigars with anything else. We opted for the trusted method of a Ziplock bag and a Boveda for both storage of the box and the individual cigars during transport—and I’m glad we did. The wrapper smells like sweet coffee ice cream with a bit of chocolate and some nuttiness. It actually reminds me of an ice cream shop I used to go to as a kid that is famous for its cappuccino pies. I should be clear, it’s not the most pungent aroma of a cigar, but there’s almost no tobacco flavors present. As for the wrapper, it’s of the darker varietal with a solid green color. The foot smells more of a cappuccino flavor with a slightly sweeter profile and a bit more nuttiness. If I wasn’t smoking these for a review, I’d call it a day and grab an iced coffee right now, something that might have as much to do with the temperature of late as it does to with the review. The cold draw is a weird mixture of waffle cone, coffee and something that reminds me of polyurethane, which is a bit less offensive than it sounds. There’s definitely some residual flavor left on the lips, something that is present in many flavored cigars.

The Gold Star Blend begins not with coffee, but popcorn. There’s some added nuttiness and about three seconds after the smoke leaves my mouth, a dry coffee flavor enters the palate. I’m not a coffee expert, so that’s about all I have: it tasted like coffee. Popcorn sticks around to dominate the profile alongside some burnt coffee. It’s north of medium with a fair amount of creaminess, some pizza crust and woody flavors underneath it. There are times of some delicate flavors with the retrohale providing mild touches of minerals and a cherry Jolly Rancher, though I don’t really get any of the traditional candela flavors. Construction is great for the first third and the cigar can handle a slightly aggressive puff rate. 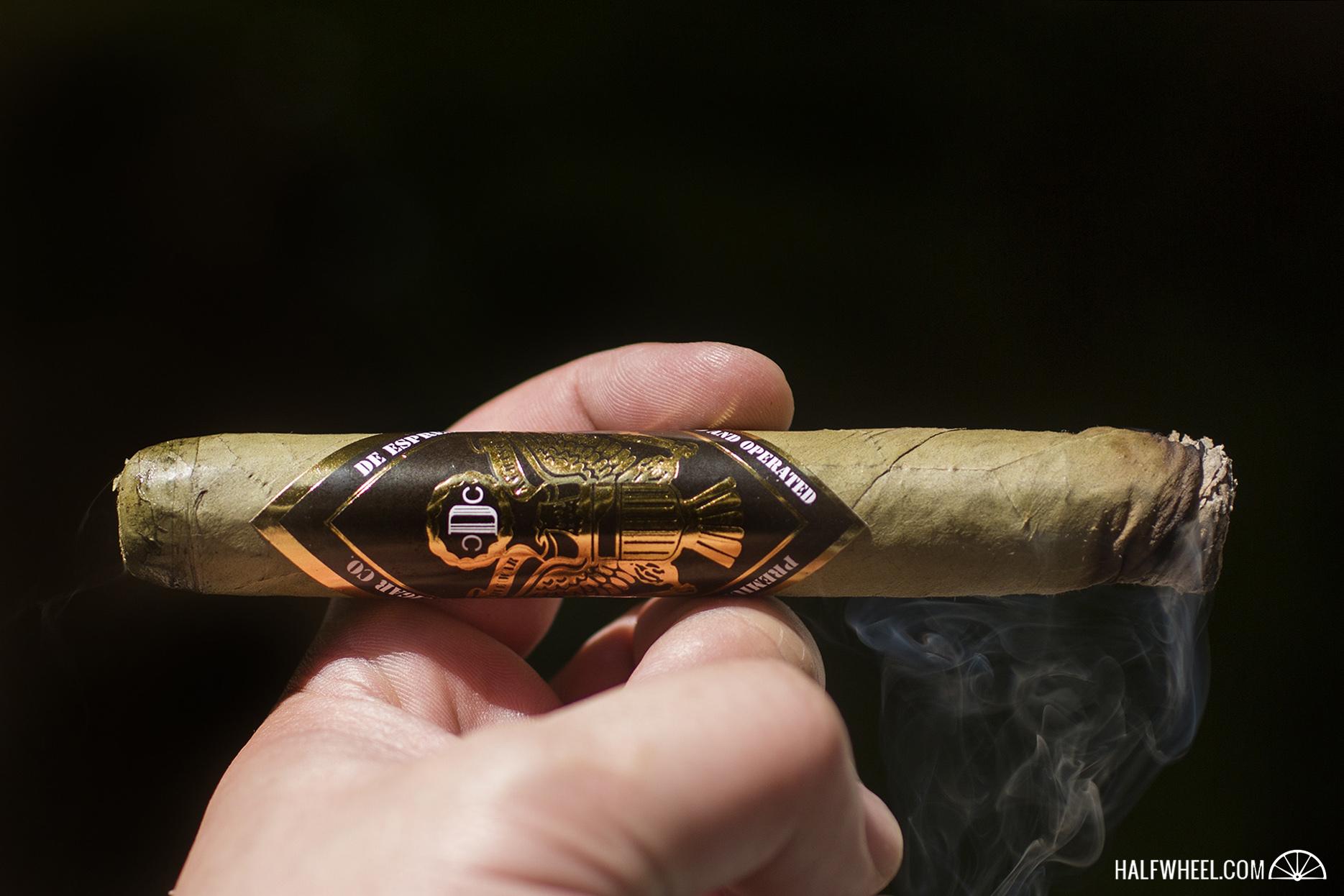 Popcorn remains towards the front of the profile, but it’s noticeably decreasing in the second third of the Gold Star Blend. Earthiness takes over the dominant position right before the halfway point with coffee, cedar and mild Cracker Jack and red pepper flakes. There’s some of the unique creaminess I get from candela showing itself after the halfway point, though it’s inconsistent and rather mild. The profile is medium-full as the smoke star in the mouth, but it picks up to full as the finish develops. Strength is medium-plus and body is medium. I find myself making one touch-up in each of the second thirds, done to keep the cigar from going out. 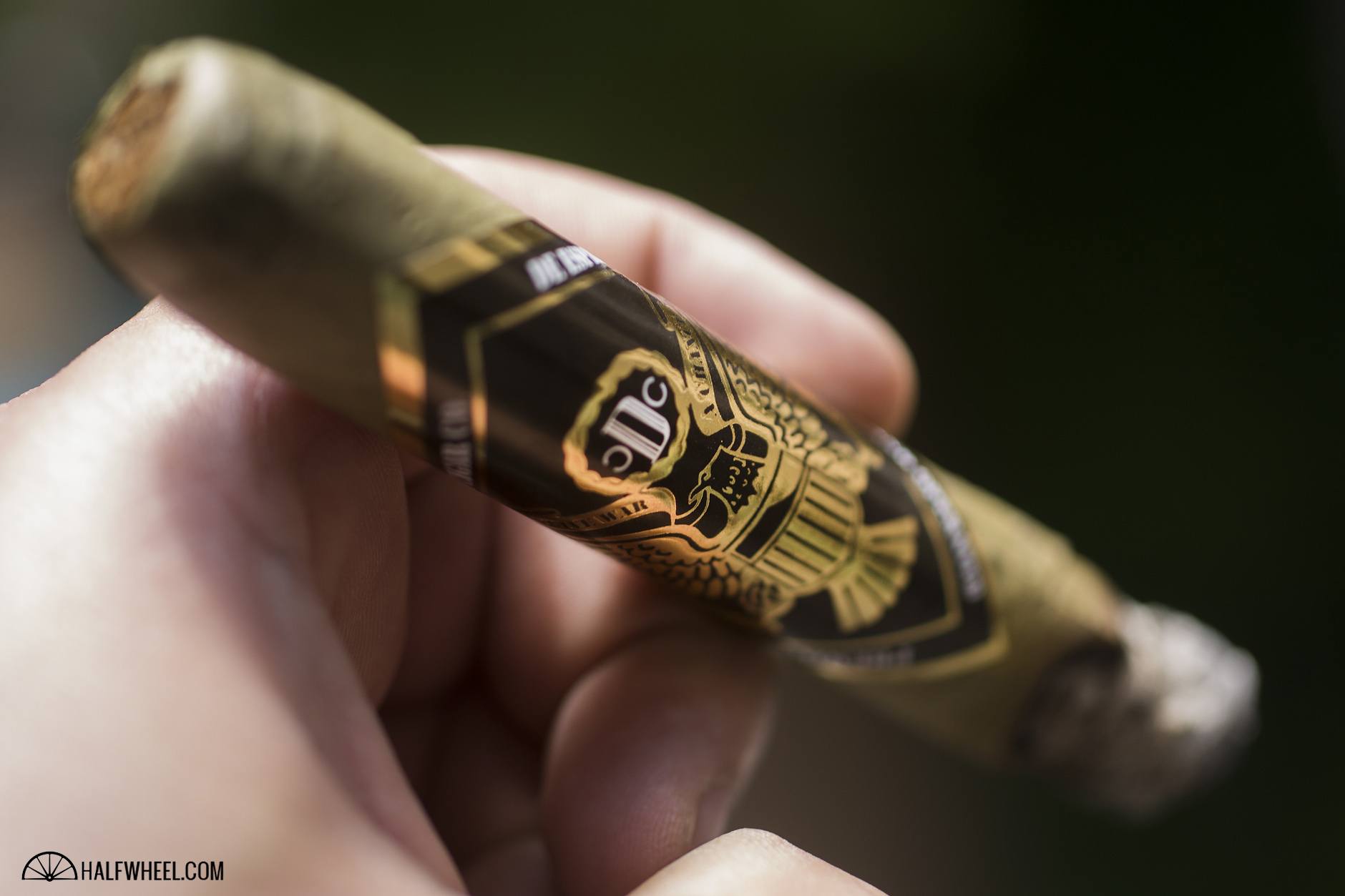 By the final third, the candela flavors are at the forefront. It’s a watery and creamy mixture that I normally am not a huge fan of, but after the first two thirds, I don’t mind having it to help close out the last 35 or so minutes of the cigar. In addition, there’s some orange, white pepper and a fading coffee flavor, though much of that is probably residual flavor left on my mouth. Each sample makes it through the final third without any additional construction woes, which is a plus. 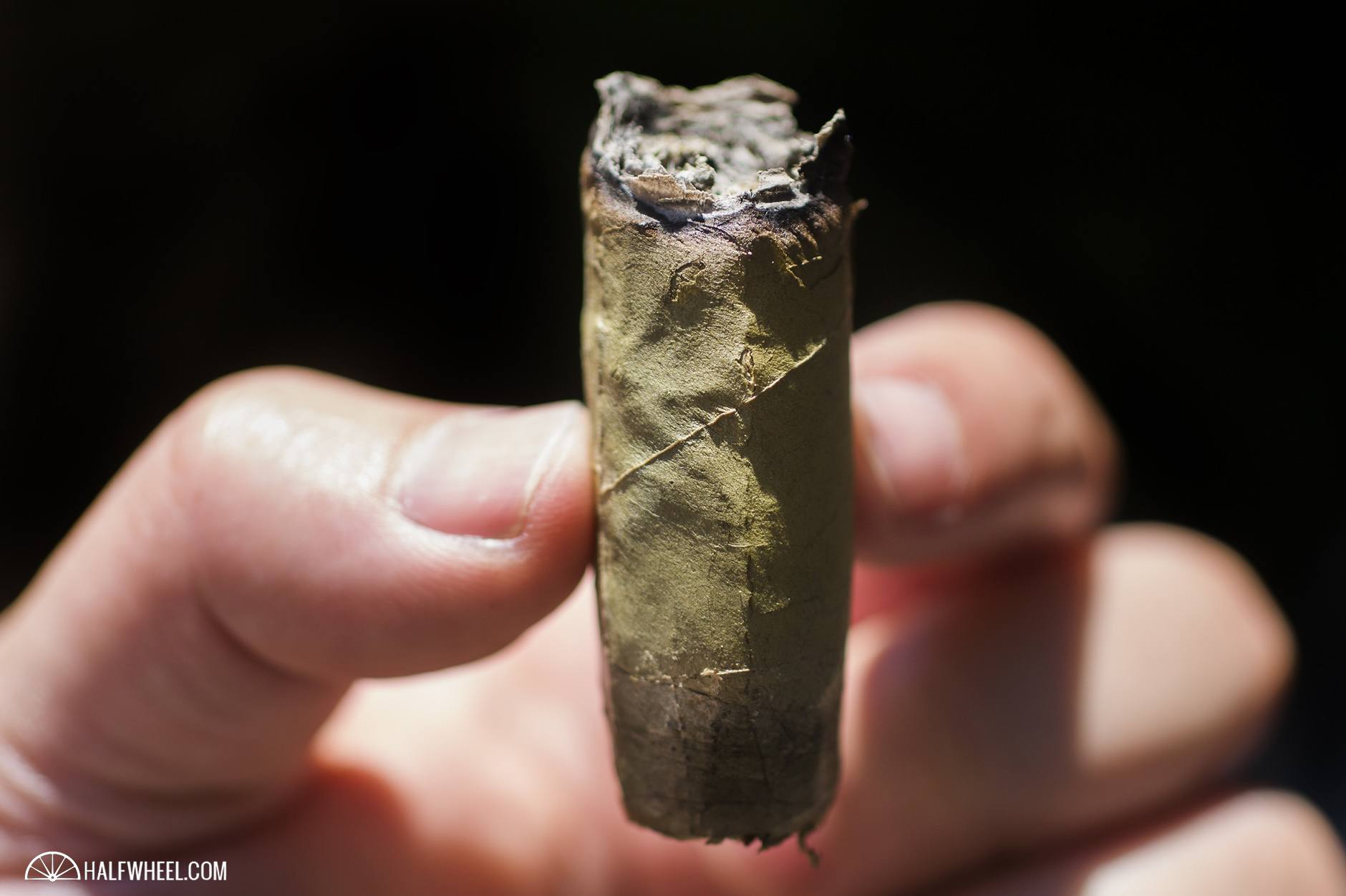 Flavored cigars are neither something I regularly smoke, nor something halfwheel reviews often. That being said, I am not opposed to either point, hence this review. As with most of the flavored cigars I’ve smoked, the aroma was much stronger than the flavor. Once lit, the Degenerate Gold Star provided a fairly enjoyable and somewhat normal smoking experience, outside of the residual sweetness that was present on my lips. I could certainly taste the effects of the coffee in the smoke itself, something that was probably for the better as once it started to fade, classic candela flavors took over—something I’m not a fan of, particularly when they dominate the profile.