As it has done the previous two years, Davidoff will be releasing its annual limited edition next month in preparation for the upcoming Chinese new year, which takes place in February.

Next year is formally the year of the goat, although Davidoff has selected the sheep—oftentimes used in place of the goat—for the next cigar in the series, the Davidoff Limited Edition 2015 Year of the Sheep.

The cigar features an Ecuadorian habano wrapper, Dominican Yamasa binder and five filler tobaccos: hybrid corojo/olor visos, Dominican San Vicente visos, piloto visos, San Vicente mejorado visos and piloto visos. Year of the Sheep is a 6 1/2 x 54 belicoso, the first time since Davidoff switched to making limited editions based off the Chinese zodiac calendar that the cigar is not a parejo. In addition, the company has stated the angle on the cap is longer than most other belicosos. 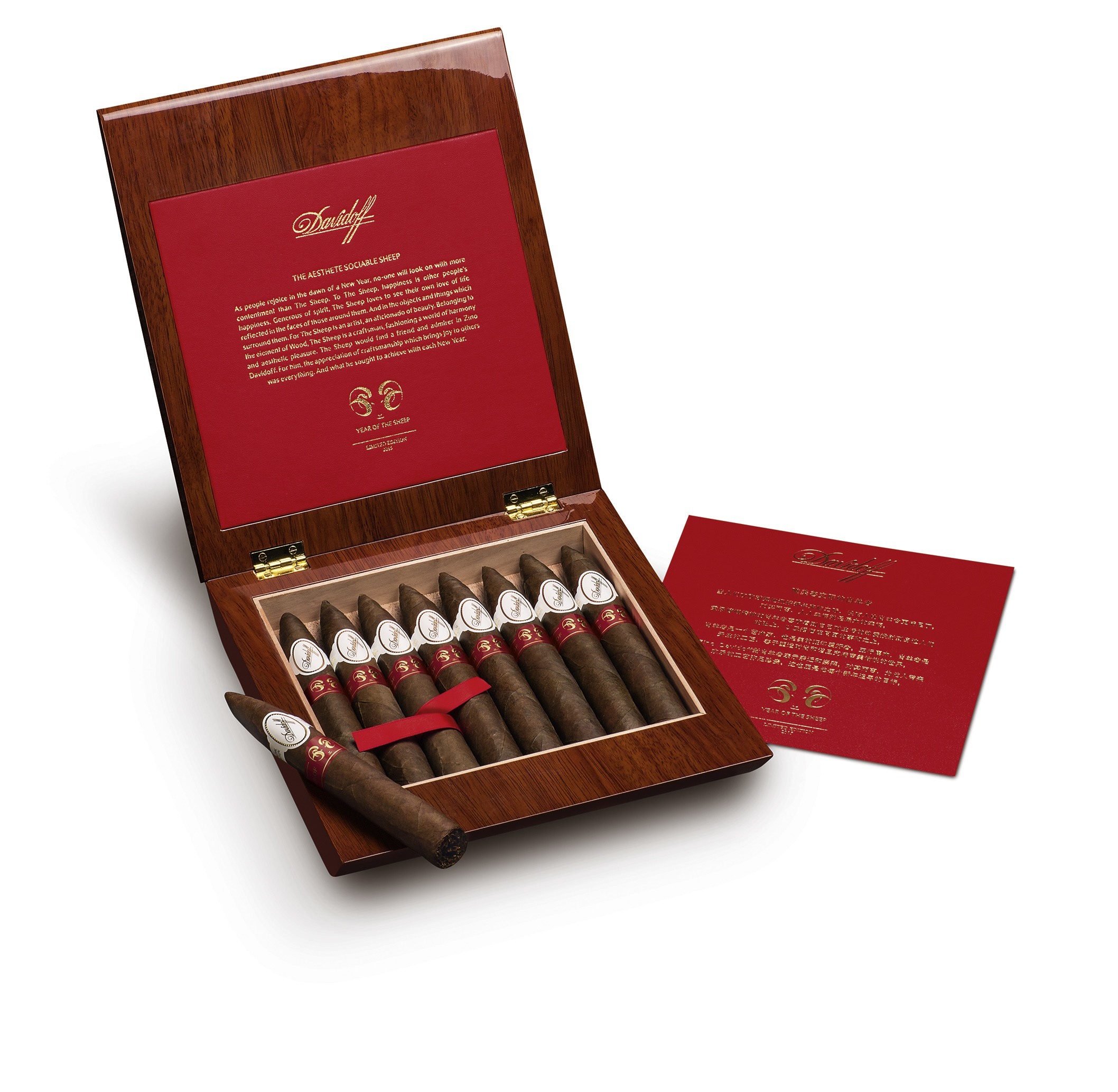 Pricing is set at $35 per cigar and it will be offered in boxes of eight. Only 3,000 boxes will be sold worldwide, with the first on sale at the company’s store in Mandalay Bay in Las Vegas on Nov. 7.

In 2012, the company released the Year of the Snake and followed it up with the Year of the Horse last year. The Chinese market has been a particular interest for the Swiss giant over the last few years, something the company has not hid with its limited editions. This goes beyond just the branding, but also down to the details, including the colors of red and gold, which are once again featured prominently.

While the $35 pre-tax price will make many sweat, it could very well be roughly half the price of another Davidoff being released in November. Earlier this month, the company announced a highly-limited vintage project known as Davidoff Oro Blanco. It has been described as the most expensive Davidoff cigar in history, meaning it will retail for over $50.