For the last three summers, Davidoff has unveiled a new core line with a black band. Each year, it’s focused on a particular place in the world. First it was Nicaragua, then it was Brazil and now it’s Yamasá, an area of the company’s manufacturing home in the Dominican Republic.

Unlike with Davidoff Nicaragua, this is hardly the first time the company has used tobaccos from Yamasá. It has been used on various releases before, most notably Puro d’Oro, but now the company is telling the story of Yamasá while mixing the region’s tobacco with others from the Dominican Republic and Nicaragua.

As I explained in a news story, Yamasá is not exactly the friendliest place in the world to grow tobacco: 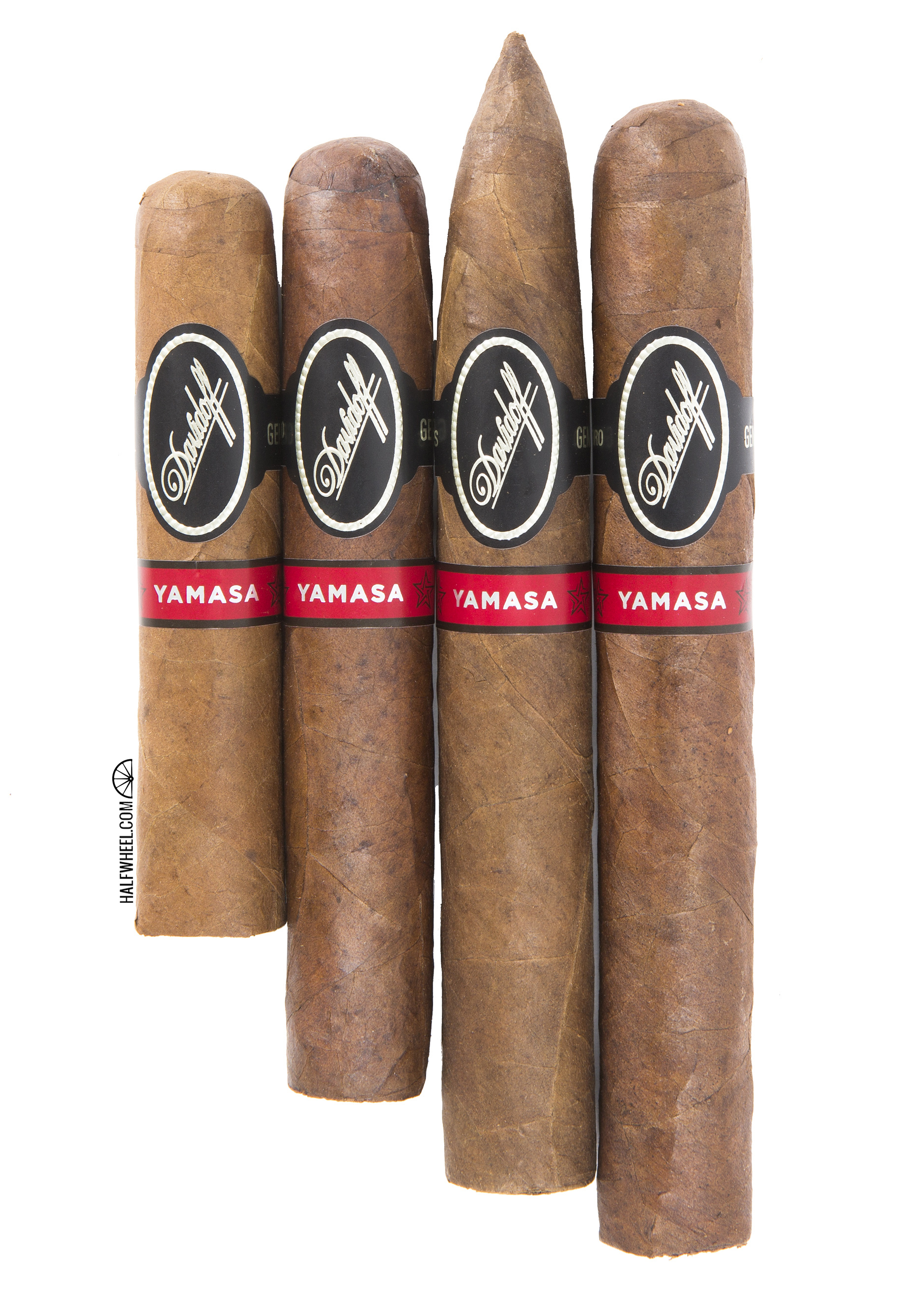 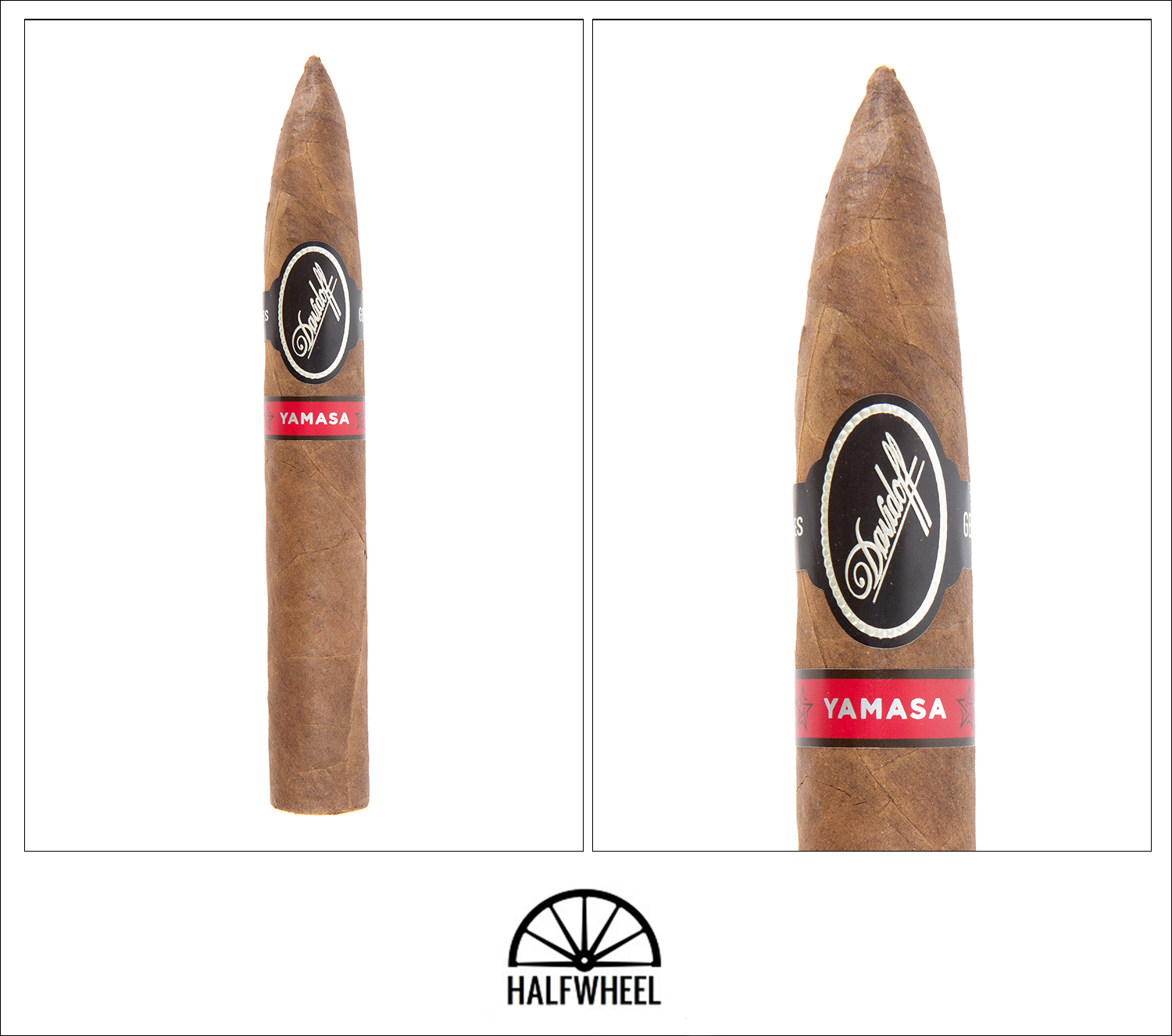 The Davidoff Yamasá is a great looking cigar with the longer style torpedo cap that is certainly not the norm these days. Personally, I prefer the shorter concentrated cap that Davidoff used for the Nicaragua Belicoso, but it is what it is. The wrappers, which based off my limited experience with samples show a decent bit of variation, are darker than a typical Davidoff. Aroma off the wrapper is nutty with some earthiness, cedar, acid and a bit of leather. The foot is substantially sweeter with amaretto, much less acidity and some raisins. Cold draw are detailed sight sunflower seeds, hickory and oak. It’s medium-plus with smoothest and refinement.

The first third of the Yamasá Pirámides begins with what appears to be some Dominican olor tobacco—one of the most distinct tobacco flavors to me—and some kiwis, another pretty unique flavor. Those two tastes are joined soon after by oak and breads. While the flavor is great, the smoke production is not, though after a few puffs this gets fixed. For those who are not fond of the musty Davidoff flavors, something I find associated with the use of olor tobaccos, I think it’s going to be hit or miss. There are mild touches of it blended into the flavor profile, but it sticks around for much of the first third. The main flavors are oak, lemon, park and oak. The finish has much more cedar along with some anise. Flavor and strength are medium-plus, while the body is medium-full. One part where the Yamasá really excels is how the well the flavors interacts with the rest of the tongue. 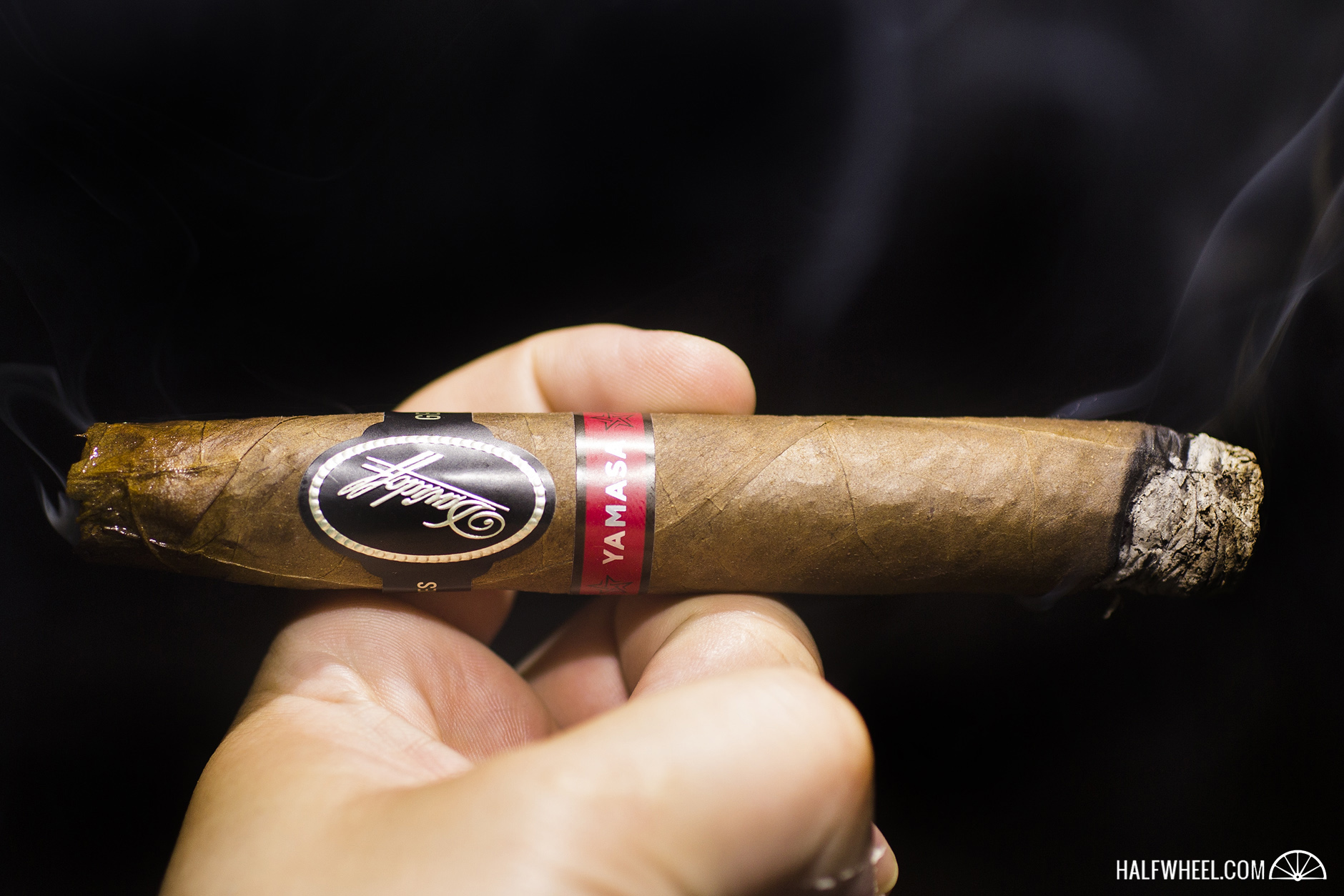 If you are on the musty/mushroom watch, it’s still there though still very much a secondary thought. The core of earth, oak and lemon remain, though they rearrange how the flavor hits the tongue. I pick up a nice sweet raspberry flavor towards the middle of the cigar. The retrohale is really where the action is, there’s a soggy Cap’n Crunch flavor, earthiness, sharp white pepper, lots of minerals, saltiness, burnt sausage and maple syrup sweetness. It’s a pretty drastic change considering how tame the retrohale had been for the first third of the Yamasá, but now the complexity is pouring out of the cigar. Construction-wise, the Yamasá is what it is, great. 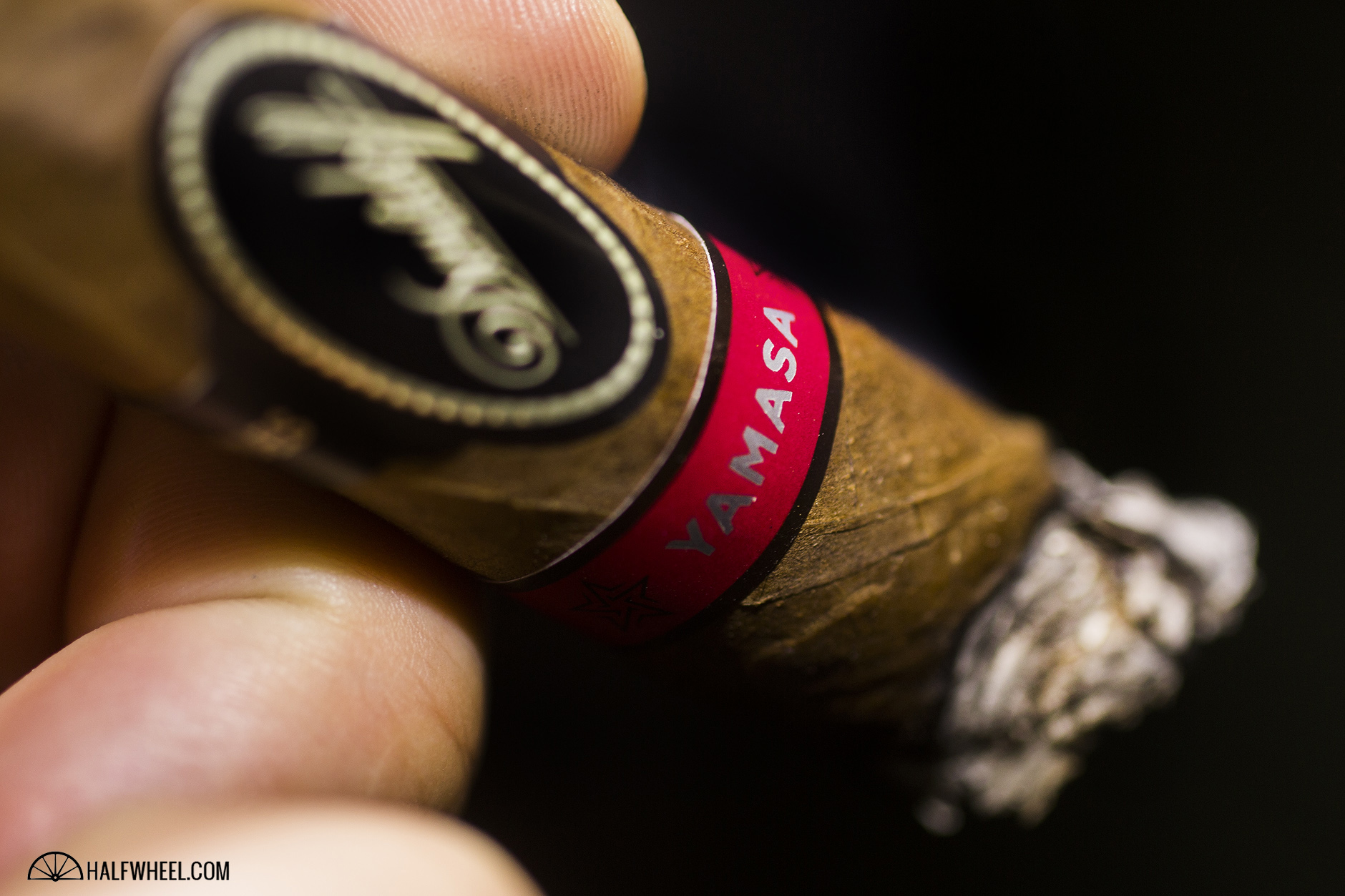 On one sample, the sweetness dips dramatically in the final third, though the other two samples retain it. There’s lemon, hay, nutty amaretto and a bit of toastiness through the nose while the mouth has turned into a mixture of earthiness and oak. The mustiness is pretty much gone, though it got insignificant enough that I struggle to say exactly where it leaves. There certainly is a bit more effort required to to keep the cigar burning through the final third, something that I don’t think is helped by the shape. 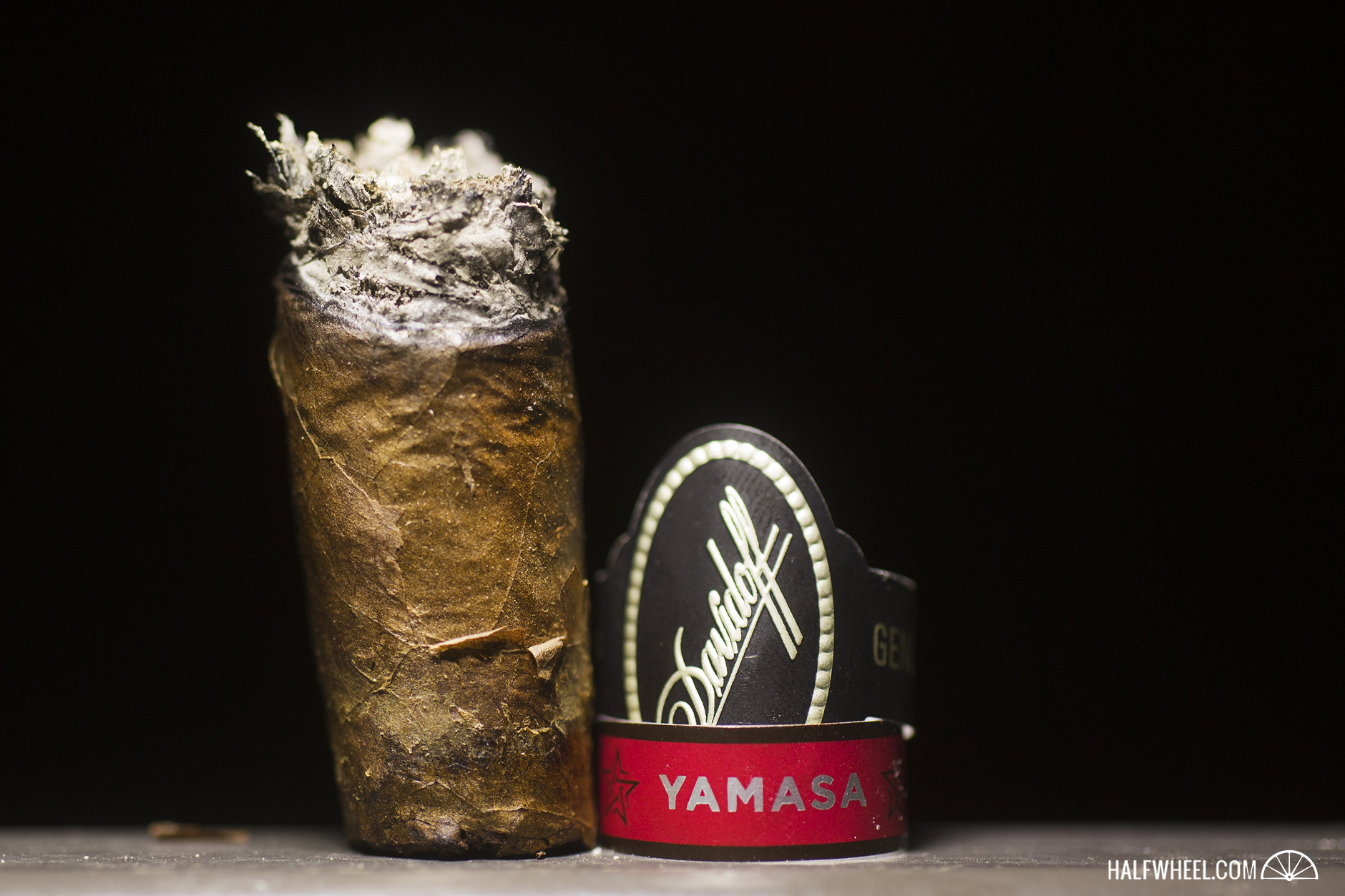 The Davidoff Yamasá is a really good cigar. While Davidoff has certainly created some excellent limited editions over the last few years, I’ll be the first to admit the regular production core releases have not matched the limited production items. This is not Oro Blanco, but it’s in the same league as Art Edition 2014, the Winston Churchill Limited Edition and some of the other better cigars Davidoff has produced: medium-plus to medium-full with a ton of complexity and impeccable construction. It’s the clear winner of Davidoff’s Discovery pillar and I’m looking forward to smoking more soon.