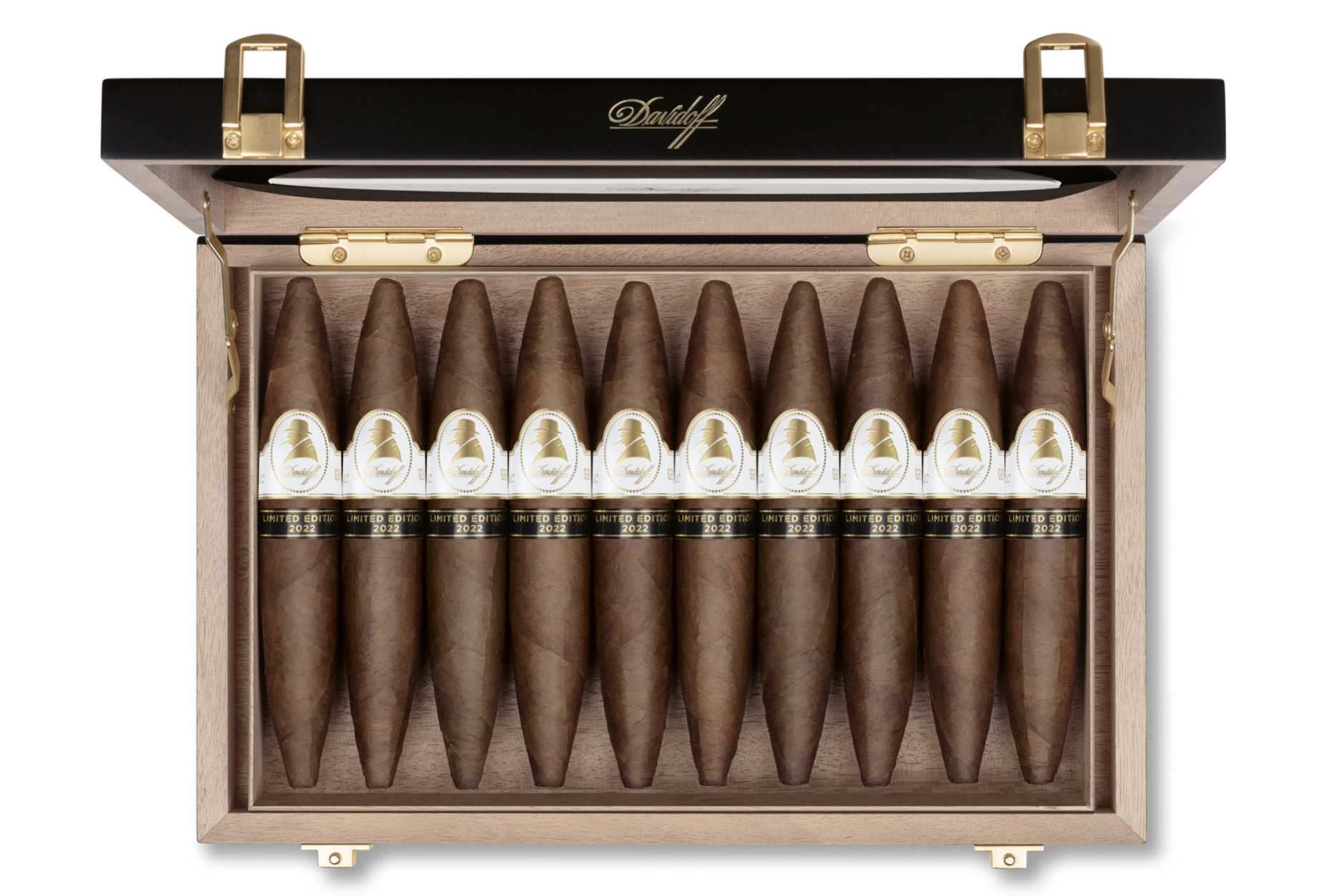 Each cigar will have an MSRP of $34 per cigar and will be at stores the first week of February. It is limited to 5,000 boxes of 10 cigars in the U.S. Elements of Sir Winston Churchill, the person, are used throughout the packaging. This includes a letter from Randolph Churchill, his great-grandson, in the box. Davidoff says the box itself is inspired by the look of Churchill’s briefcase. This is the fourth year Davidoff has released a limited edition for the Winston Churchill line, though the most recent two have been in odd years, 2019 and 2021 respectively. While the secondary bands are similar, the blends and sizes are different between the various years.