The brand is obviously based on the noted cigar smoker and former British prime minister, Sir Winston Churchill. As part of its makeover, Davidoff introduced new packaging, a new logo based on a silhouette of Churchill, an origin story for the vitolas and a new blend, or now three new blends.

Originally, there were four blends, each steeped in a different characteristic, or face, of Churchill. There were six faces originally introduced: the aristocrat, the artist, the commander, the raconteur, the statesman and the traveler. Each of those faces has a specific vitola that corresponds to the cigar.

Davidoff release the first four vitolas early last year followed by two smaller vitolas over the summer. Early this year, the company announced a seventh cigar and the first limited edition vitola for the line.

The size is 6 x 56, known as the Davidoff Winston Churchill Limited Edition Raconteur, and it marks the third different blend the new line has used. It uses an Ecuadorian habano wrapper compared to the Ecuadorian rojiza wrapper on the regular version. While they both use a Mexican San Andrés negro binder and a combination of Dominican and Nicaraguan fillers, The Raconteur features a 15-year-old Dominican San Vicente ligero alongside piloto visos, hybrid olor/piloto visos, piloto seco and Nicaraguan ligero from Estelí and seco from Condega. 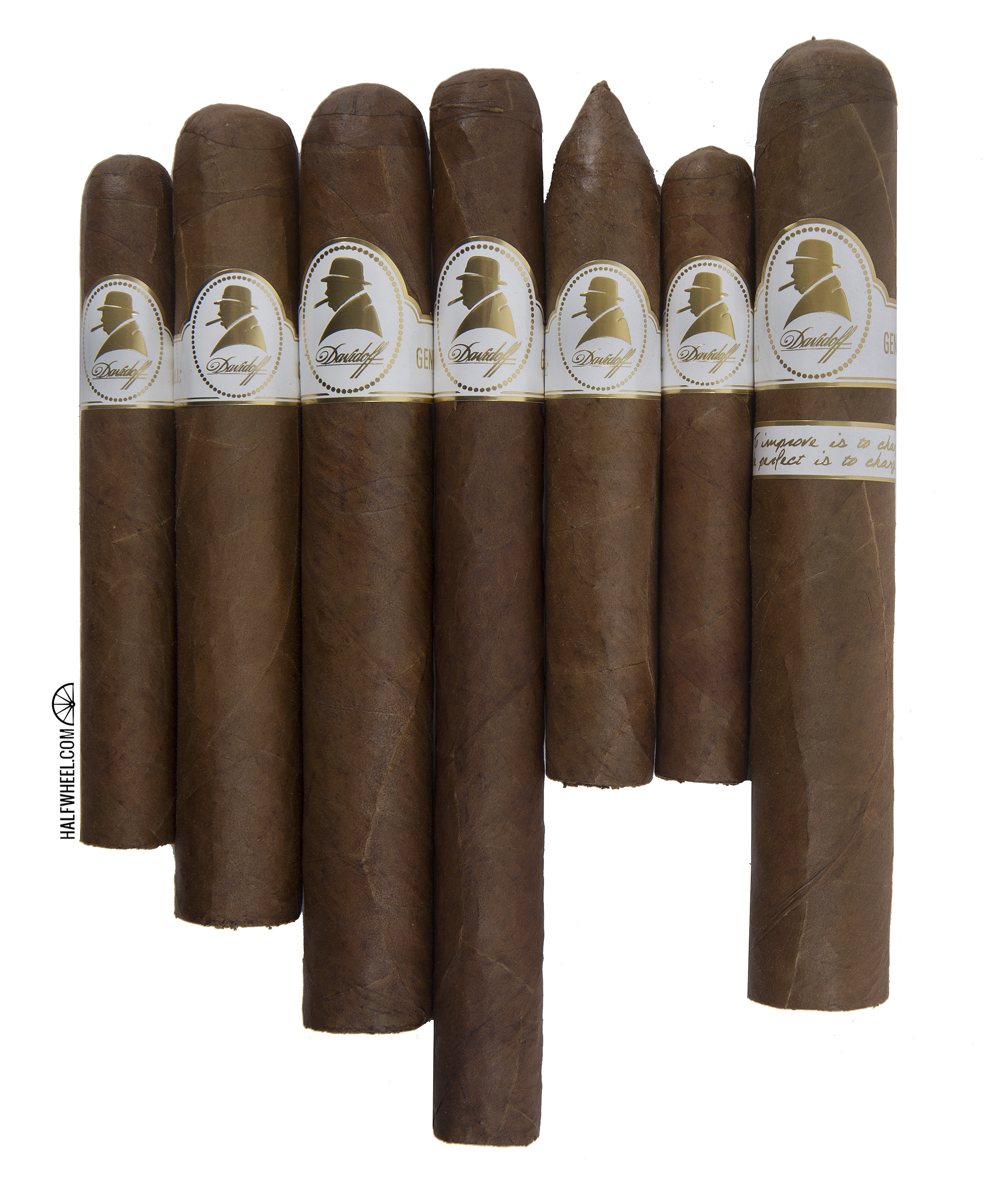 The new vitola is limited to 6,000 boxes of 10. While the boxes themselves are very much what you would expect from Davidoff and its Winston Churchill line, the secondary bands are unique in the sense that they feature various quotes from Churchill himself. 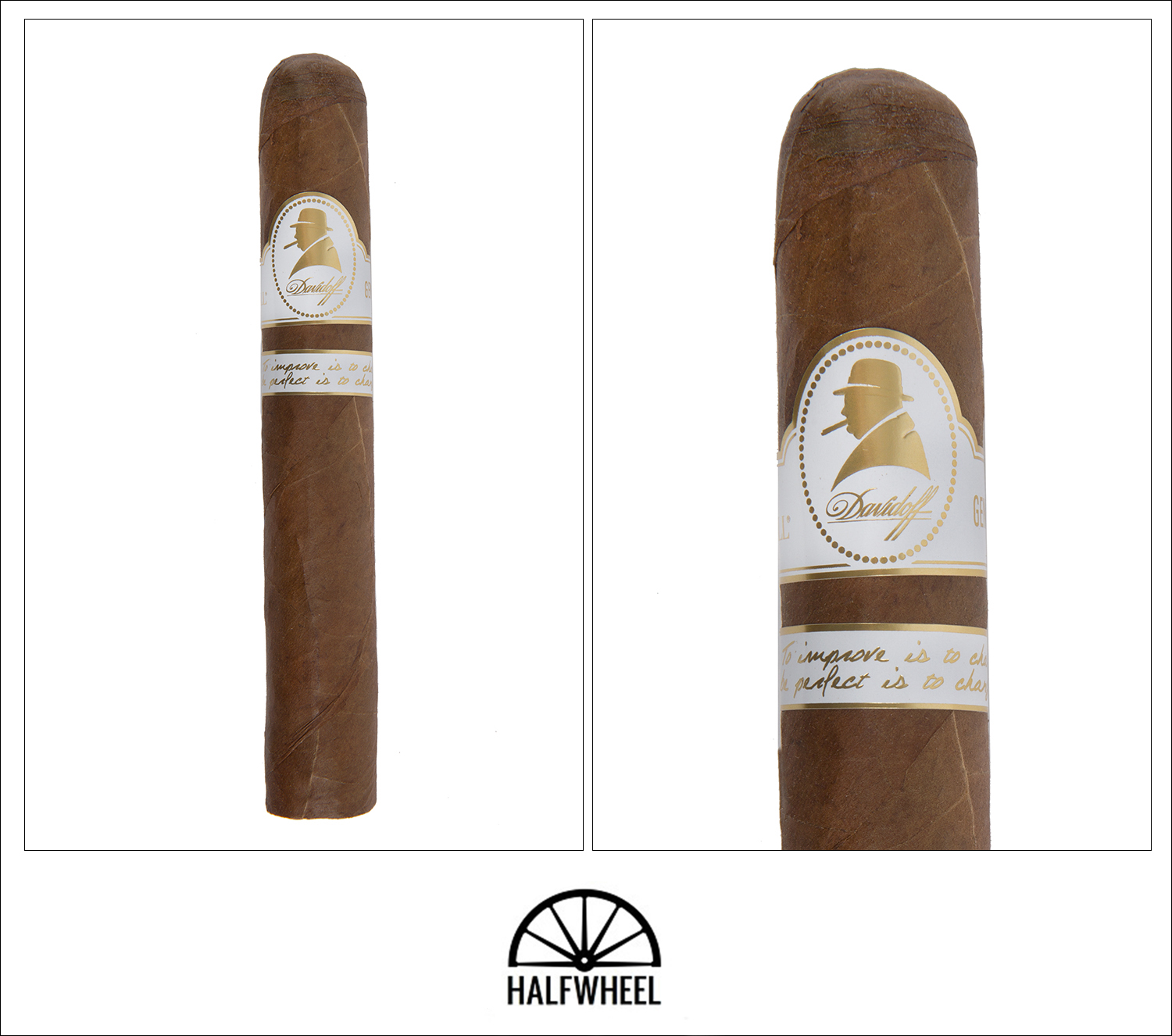 Color-wise, the Raconteur’s wrapper is well in line with the rest of the Davidoff Winston Churchill line though there’s notably less veins. It’s gotten some bizarre aroma: parchment paper, leather and some wet cement. From the foot, I pick up leather, cranberry sauce, a small amount of pepper and a really sweet cocoa. The cigar feels abnormally large in my mouth and it features a mild cold draw with vanilla, pepper, cocoa, leather, nuttiness and some white bread. The wrapper itself is quite spicy on the lips.

The opening puffs of the limited Davidoff Winston Churchill start like many Davidoffs, a rich array of toastiness, earthiness and leather. There’s some fruit punch flavoring on the outside of the palate, but it’s clear the cigar is going to need a bit to get going as the smoke production is rather weak for the first few puffs. Once that happens, I pick up lots of cedar, creaminess, some lemons, a floral flavor and white pepper. The draw is a bit open, albeit not particularly unexpected for the size. I find the flavor to be medium-full, the body to be only medium and strength to be essentially non-existent. 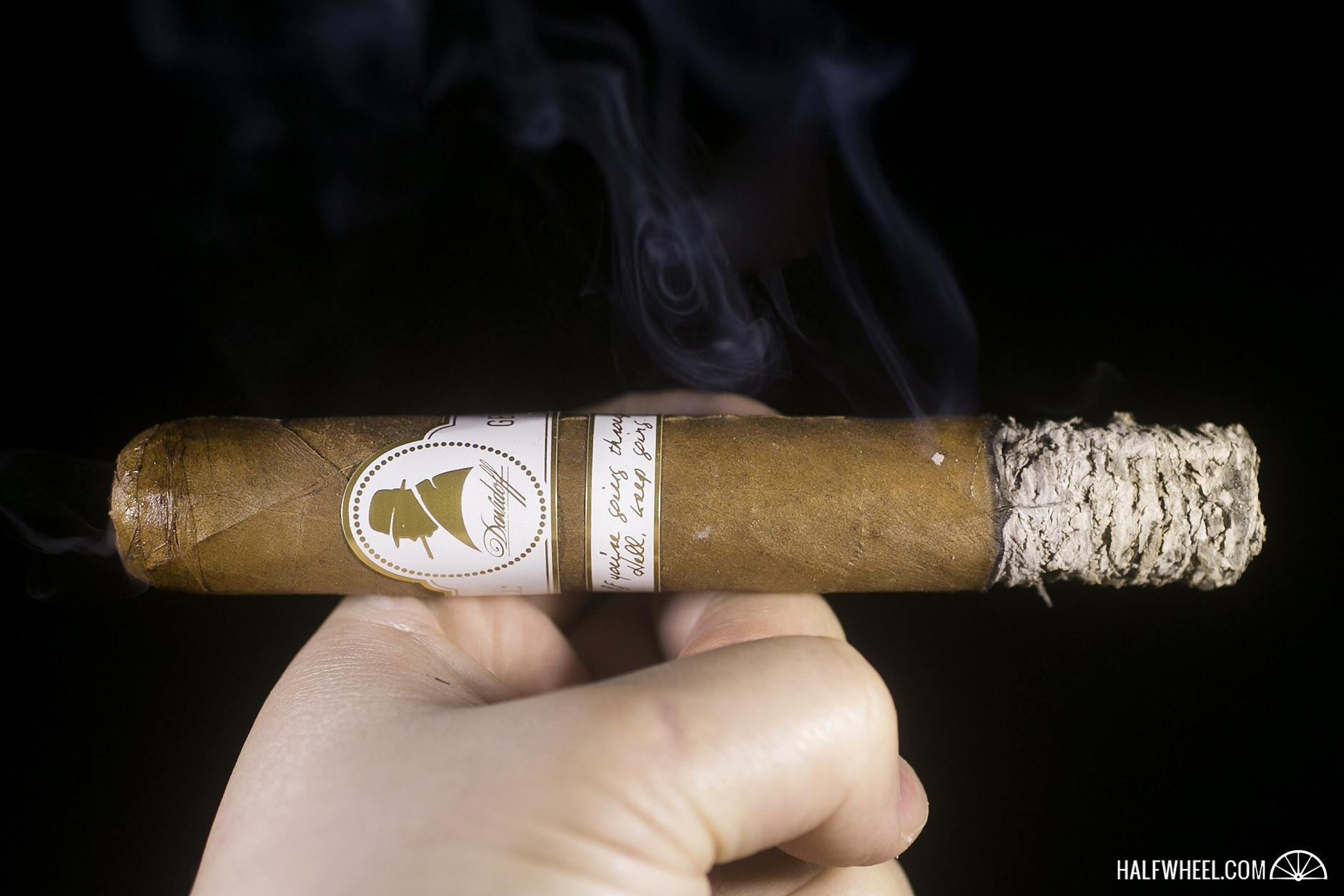 Flavor increases its intensity a lot in the second third. It’s still got a core of creamy, cedar and earthiness, but it’s now joined by some chocolate cream, apple and some bettering flavors. Towards the second half of the cigar, I get a bit of a salty cedar, which actually works nicely in the mixture. Construction continues to be fantastic other than my desire for the draw to tighten a bit. Also staying the same is the body (medium) and strength (not present). 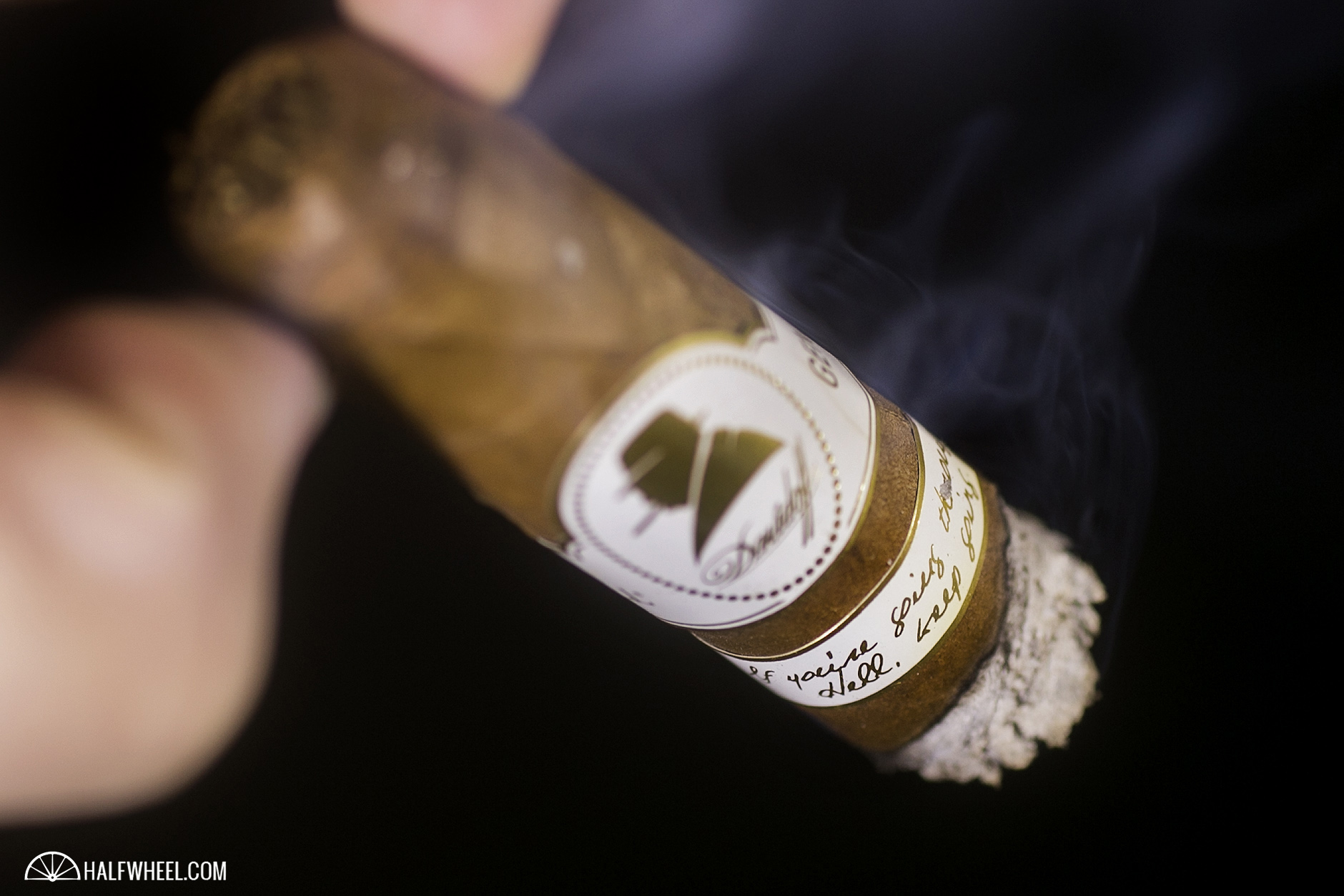 While the tightness of the draw remains the same in the final two inches of The Raconteur, the smoke production increases dramatically. Flavor-wise, there’s some classic olor flavors beginning to show themselves, and not for the better. For a while the core creaminess, cedar and saltiness, fight off what many describe as a foul mushroom flavor, but eventually, the olor is joined by some harshness and it puts a damper on what is otherwise a good cigar. Body and strength both increase with the former high medium-plus and the strength hitting medium. 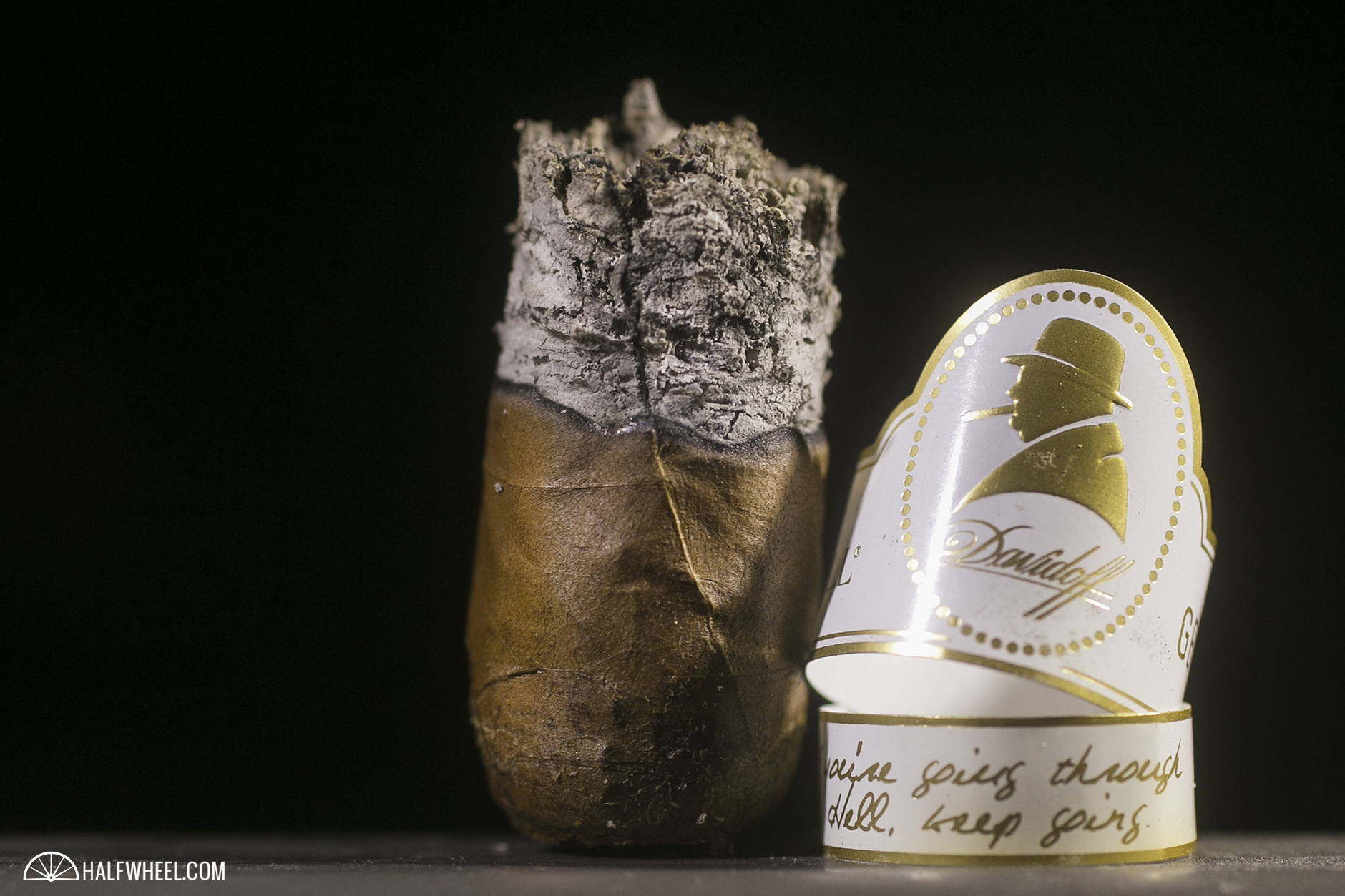 Olor is not my favorite tobacco. For the first five inches of The Raconteur, the olor was restrained, but by the last inch, it was overwhelming and detrimental. The good news is the rest of the cigar was quite good. While the large ring gauge size is not my preferred vitola,  The Raconteur as a cigar is a sensible addition to the line-up. I still prefer the overall smoking experience of the two smaller sizes, but amongst the larger sizes, I think this is the standout winner.