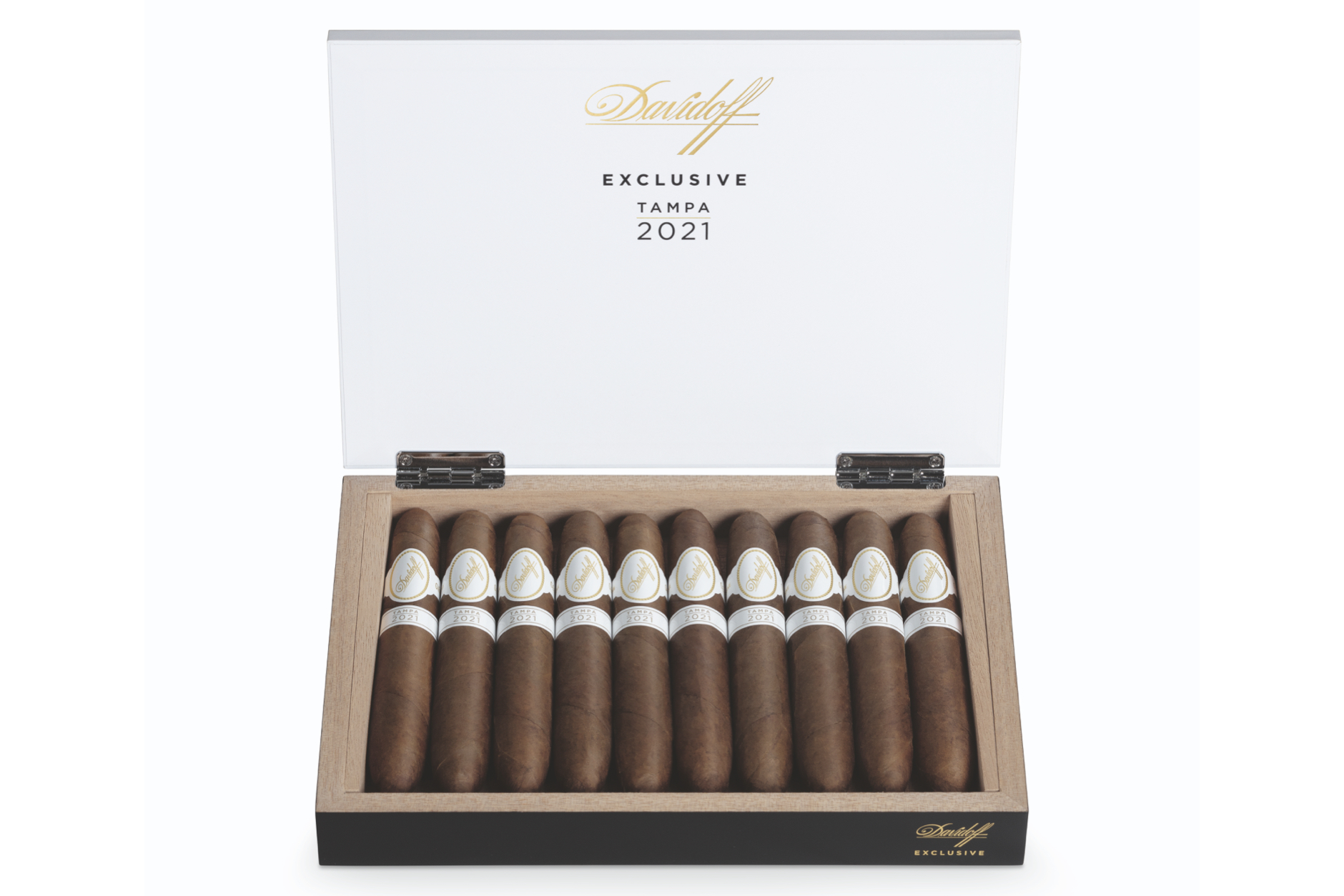 Davidoff of Geneva USA has announced that it has released the 2021 edition of the Davidoff Tampa Exclusive Edition.

The Davidoff Tampa Exclusive Edition 2021 is a 5 15/16 x 54 perfecto that uses an Ecuadorian 702 wrapper over a Dominican piloto seco binder over five Dominican filler tobaccos: Davidoff has not yet confirmed pricing, though the Davidoff Tampa location has it listed for $290 per box. It is limited to 500 boxes of 10 cigars.

Interestingly, while the cigar is called the Tampa Exclusive Edition, it will be sold at Davidoff of Geneva — since 1911 flagship stores around the country. This is the fourth Davidoff Tampa Edition that the company has produced, the previous three have been exclusives for the Davidoff Tampa store, which is a franchise store owned and operated by the same family behind Corona Cigar Co.

“We are pleased to present this special offering that symbolizes the exciting cigar heritage that the Cigar City of Tampa provides,” said Lana Fraser, head of marketing for Davidoff of Geneva USA, in a press release. “Davidoff’s perfection of craftsmanship from the cigar’s construction, to the shape and taste profile shines proudly in this exceptional blend.”