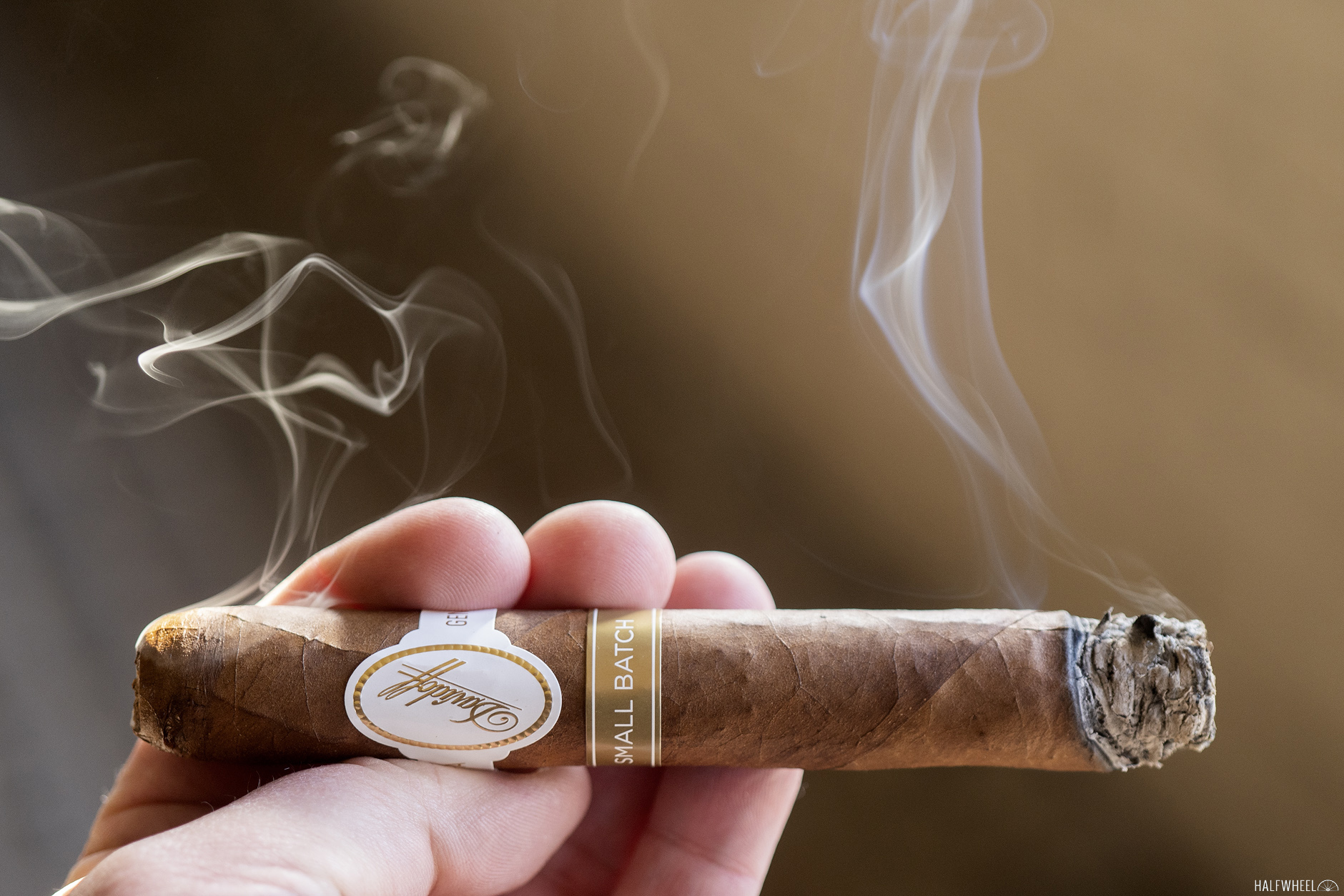 While there haven’t been many new regular production Davidoff lines of late, there have been a dizzying number of limited edition releases.

Beyond just the normal exclusive blends for specific stores and its Vault Series—which debuted last year with the company’s ACCESS program as a way for Davidoff to release old stock of previous cigars and limited editions—there has been the Master Selection Series—six different cigars based on the cigars that Davidoff’s chief blender Eladio Díaz produces in limited quantities to celebrate his birthday—and the Master Blend Selection, which consisted of 15 different cigars available in the same 6 x 52 toro vitola and the same $35 price tag that were said to be inspired by Díaz’s travel in the Caribbean, Central America and South America.

Earlier this year, Davidoff added yet another series to the list. Appropriately named the Small Batch Series, the new line currently consists of nine cigars in limited quantities packaged in bundles that feature hand-written information including the batch number, cigar vitola, blend code names and the factory roller’s signature. While the cigars are all part of the same series, the blends are not the same.

“Introducing these one-of-a-kind Small Batch cigars, we are excited to add an additional touch of exclusivity to our distinct assortment of premium cigars,” said Edward Simon, chief marketing officer at Oettinger Davidoff AG, in a press release. “The tobaccos used are as rare as the talents that blend them. The roller’s signature on each Small Batch bundle further confirms our dedication and passion.” 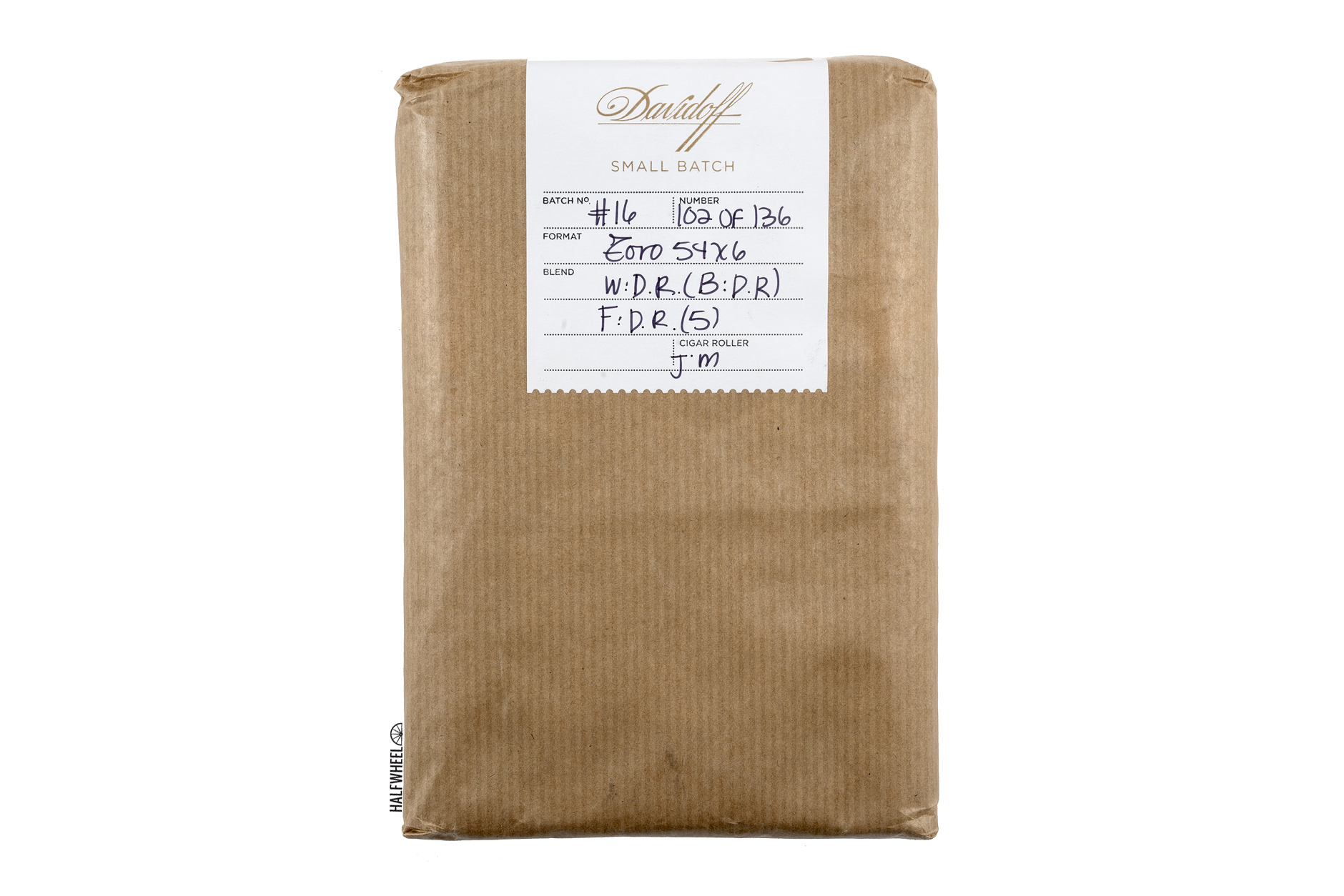 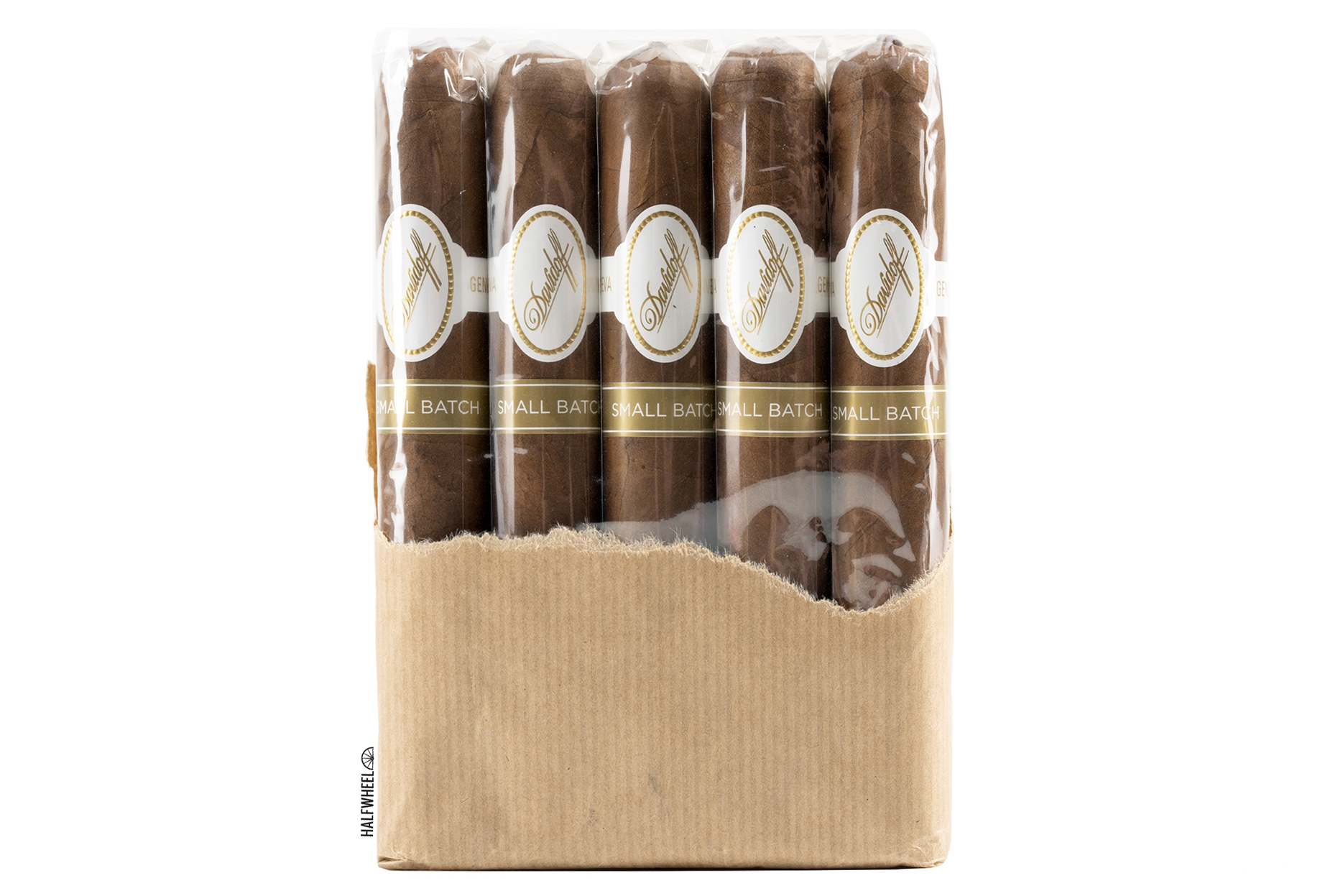 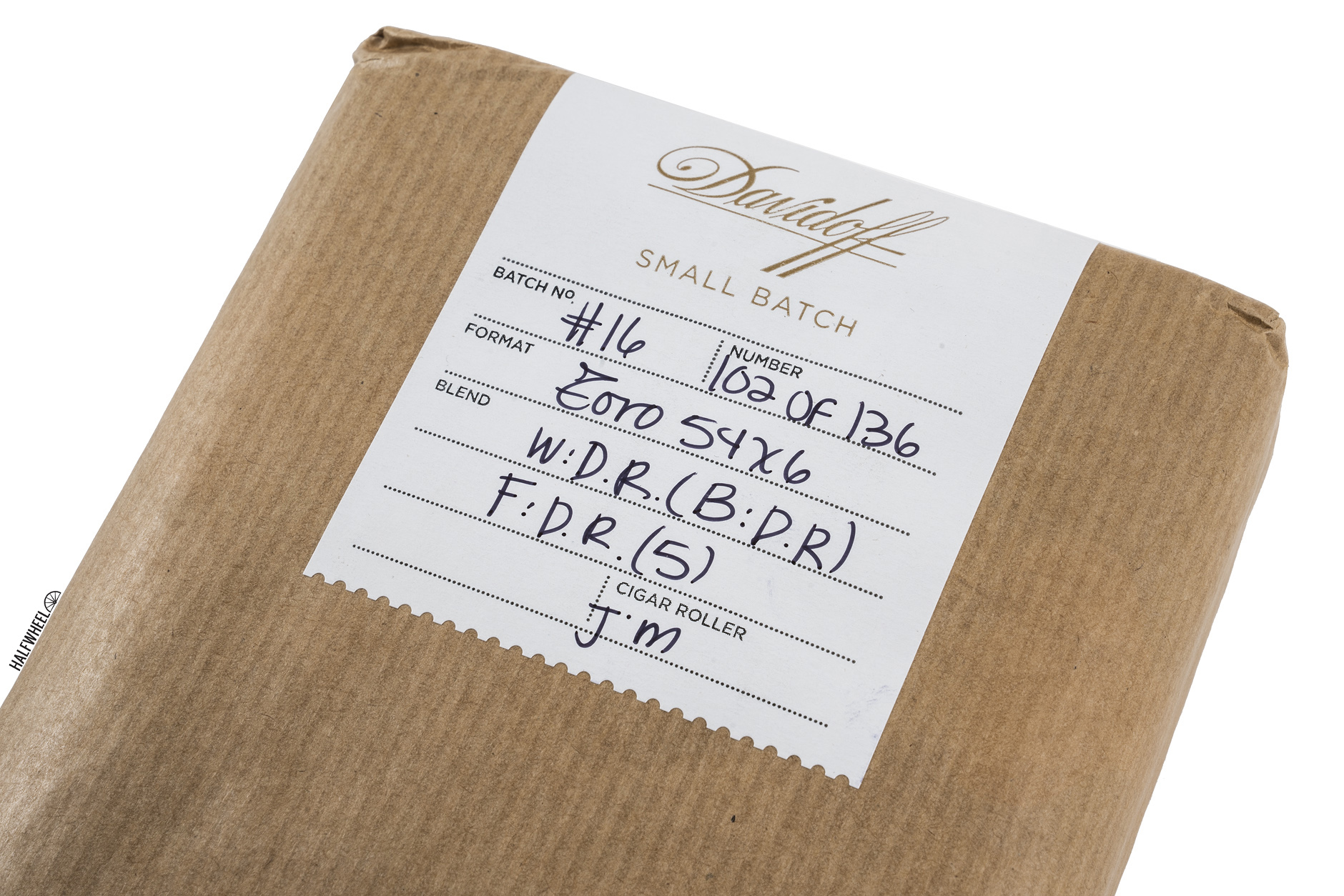 One of the last blends to be released was the Small Batch No. 16, a 6 x 54 toro extra that is made up of all Dominican tobacco used for the wrapper and binder as well as in the filler. According to the label on the packaging, there were 136 10-count bundles of 10 produced of this specific release—or 1,360 total cigars—and like the other eight blends, the No. 16 was rolled at the Cigars Davidoff factory in the Dominican Republic.

There are nine cigars in the Small Batch Series that have shipped to retailers so far. 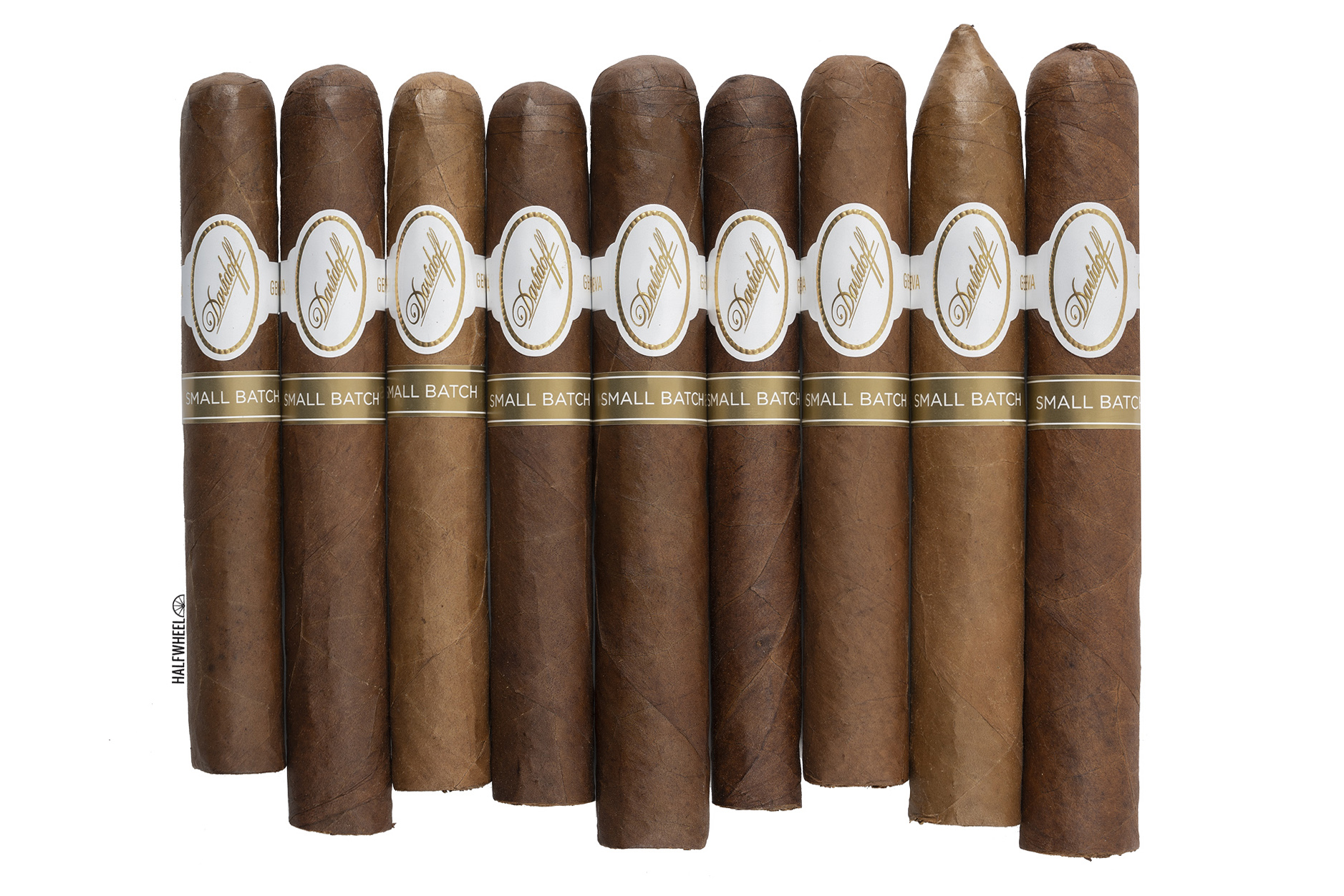 Unlike the rest of the Small Batch series, No. 16 was only sold through the company’s online store. 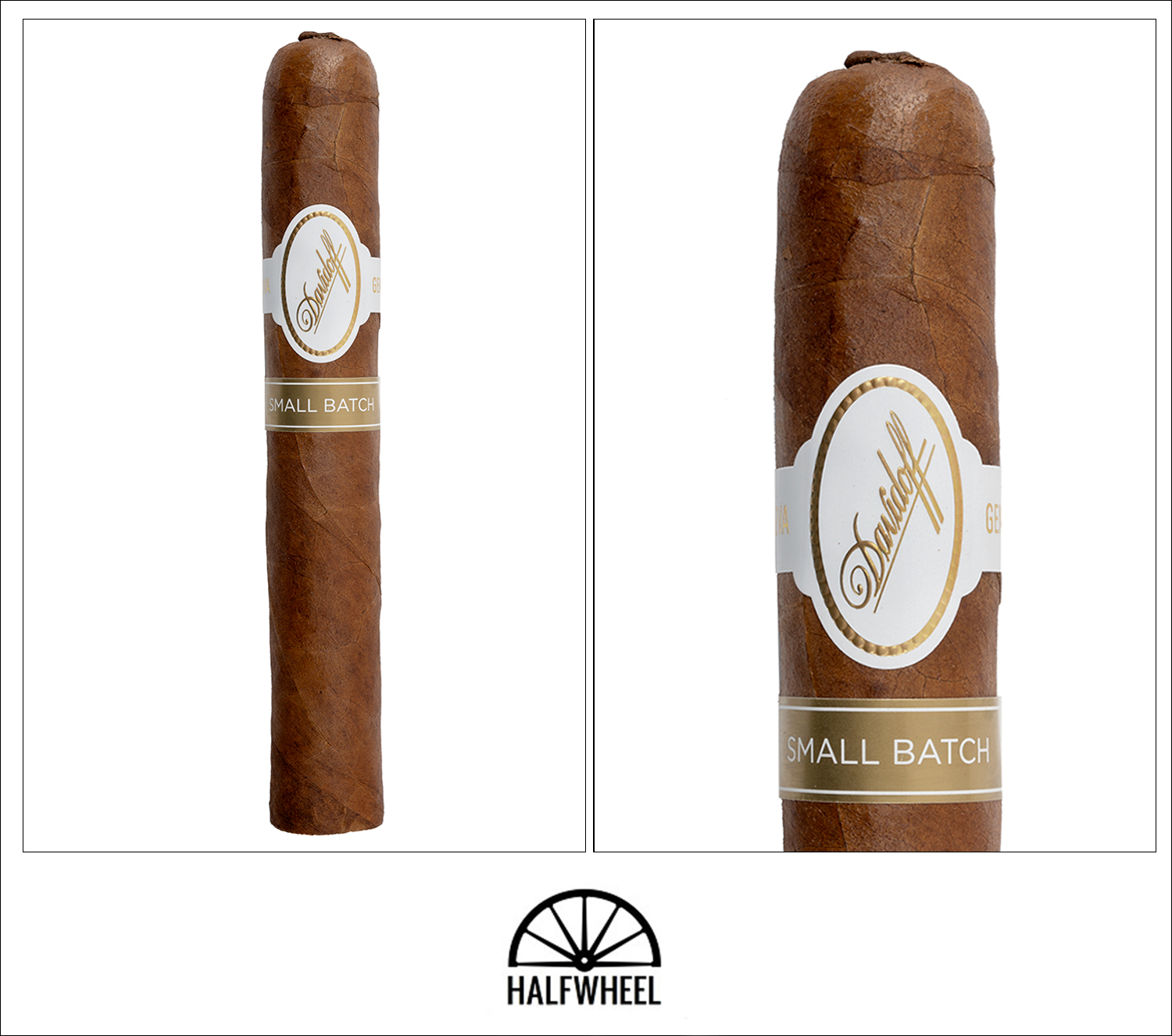 The cigar has a reddish brown wrapper with a bit of tooth, lots of veins and bumps and slight oil. It is extremely hard when squeezed and a very small pig-tail that is so small and glued to the top of the cap that you could possibly miss it if you were distracted when cutting the cap. Aroma is surprising restrained combo of dark chocolate, vegetal, leather, earth, manure and cedar while the cold draw brings flavors of more vegetal, leather, oak, grass, white pepper and slight spice and small amount of vanilla sweetness.

After the very obvious vegetal notes on the aroma and cold draw, I am a bit surprised to find that the first few puffs of the Davidoff are full of creamy peanuts and sweet marzipan in almost equal amounts, followed by notes of leather, cedar, cocoa nibs, espresso, slight mushrooms and toast. The marzipan sweetness is present on both the finish and the retrohale, the latter of which combines with some obvious white pepper nicely. Construction-wise, the Davidoff features a wonderful draw after a simple straight cut, and while the burn starts out extremely straight, it becomes a bit wavier late in the third, albeit not bad enough to need attention. The overall strength is virtually non-existent so far and barely hits a point between mild and medium by the end of the first third.

The second third of the Davidoff starts out with much of the same flavors as the first third, but the profile soon begins to morph into something almost entirely different, highlighted by a dominant rich espresso bean flavor on the palate. Lesser notes of creamy peanuts, grass, mushrooms, vegetal, leather, earth and strong dark chocolate flit in and out in various amounts, while the marzipan sweetness has also morphed, this time into more a vanilla bean flavor. Thankfully, the burn has evened up nicely and the draw continues to give me just the right amount of resistance, while the strength has taken a nice step forward, ending the second third just a bit shy of the medium mark. 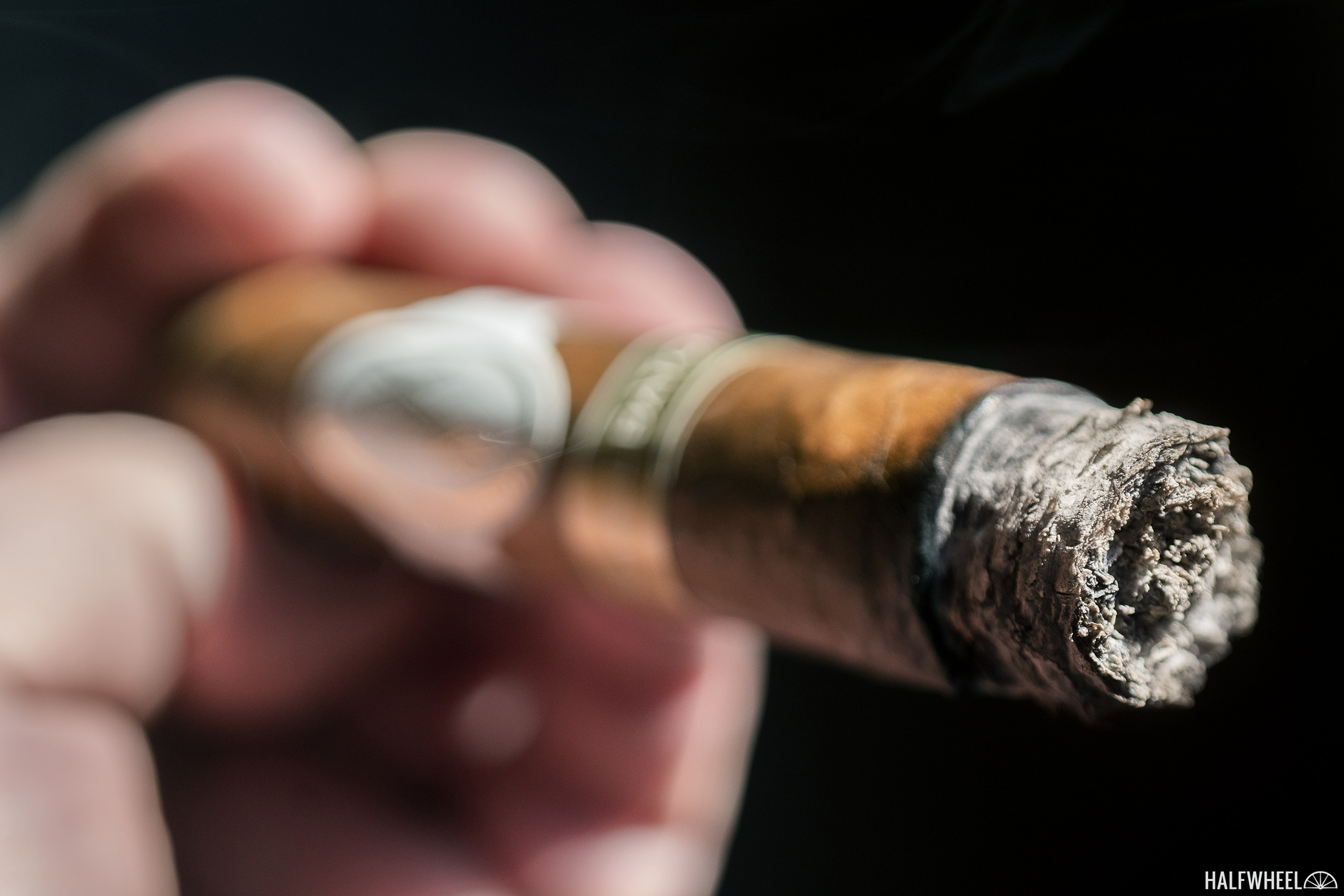 Although the final third of the Small Batch No. 16 shifts major flavors yet again, it is not necessarily for the better. While both the creamy peanuts and rich espresso bean notes from the first two thirds are still present, they are significantly less distinct and the final third is highlighted by a somewhat more pedestrian sweet hay flavor followed by leather, earth, cedar, mushrooms and slight cinnamon. In terms of construction, the draw remains the highlight with the smoke production not far behind, but the burn takes a turn for the worse about halfway through the third and I am forced to touch it up. Finally, the overall strength shows signs of increasing even more early on, but ultimately stalls out at a point just past the medium mark and I put the nub down with a little less than an inch remaining. 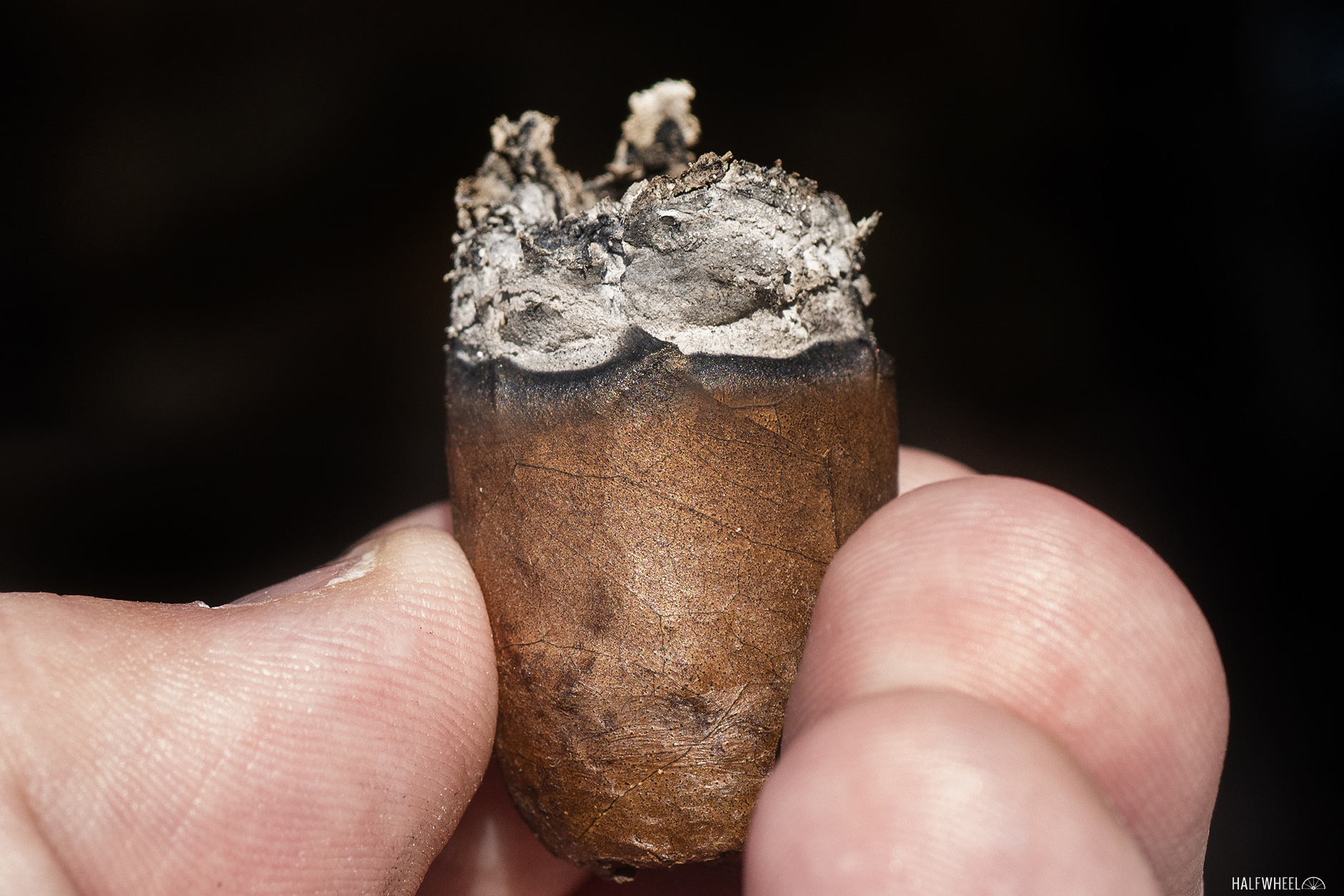 I don’t mind saying that the sheer number of limited releases Davidoff has released in the past three years has been a bit overwhelming to keep up with, and while I have smoked a number of blends in some of the different series, the Davidoff Small Batch No. 16 is near the top of my list. The profile starts out creamy and sweet with both peanuts and marzipan in almost equal amounts, while the second third is dominated by rich espresso beans and maple. While the final third is not nearly as complex, it is still quite enjoyable and the cigar finishes with no major construction issues. Yes,  these types of releases are not only more difficult to find and obviously more expensive, but at least in the case of the Small Batch No. 16, you should not let those facts deter you from trying it.