You can now spend $500 on a single Davidoff cigar in the U.S.

The company began shipping its newest release to the 10 select accounts that will receive the company’s first vintage creation. Oro Blanco serves as a halo product for Oettinger Davidoff AG’s flagship brand and has garnered quite a bit of attention due to its price, one of the most expensive in the history of cigars.

Oro Blanco, which translates to white gold, is offered in a single 6 x 54 size. It is made entirely of select tobacco from the 2000 and 2001 harvests. Eladio Diaz, Davidoff’s chief blender, is responsible for selecting the leaves, monitoring their maturation, overseeing the rolling of the cigar and determining when the products can ship to the U.S.

Diaz said he was motivated by a visit he had to Mao, which is located in the northwestern region of the Dominican Republic. The beauty moved him to create the “perfect” cigar.

“In my moment, I was inspired to craft a unique tobacco blend that would represent my sincere gratitude for mother nature and the beautiful moment I experienced in that place…a moment so rare,” said Diaz in a statement provided to halfwheel.

“We decided to save and age a small amount of tobacco from the harvest of 2000 – 2001, which was an exceptional batch, that with time, would offer notes more defined and rare…with the greatest standards of quality, pleasure, and joy. When the tobacco had been aged for more than 12 years, we began production with the help of Davidoff’s most skilled supervisors who held more than 15 years of experience crafting cigars. Under my supervision, we rolled the cigars and let them stand for more than a year; the aromas, pleasures, and physiological strengths, concentrated to craft the cigar I envisioned.” 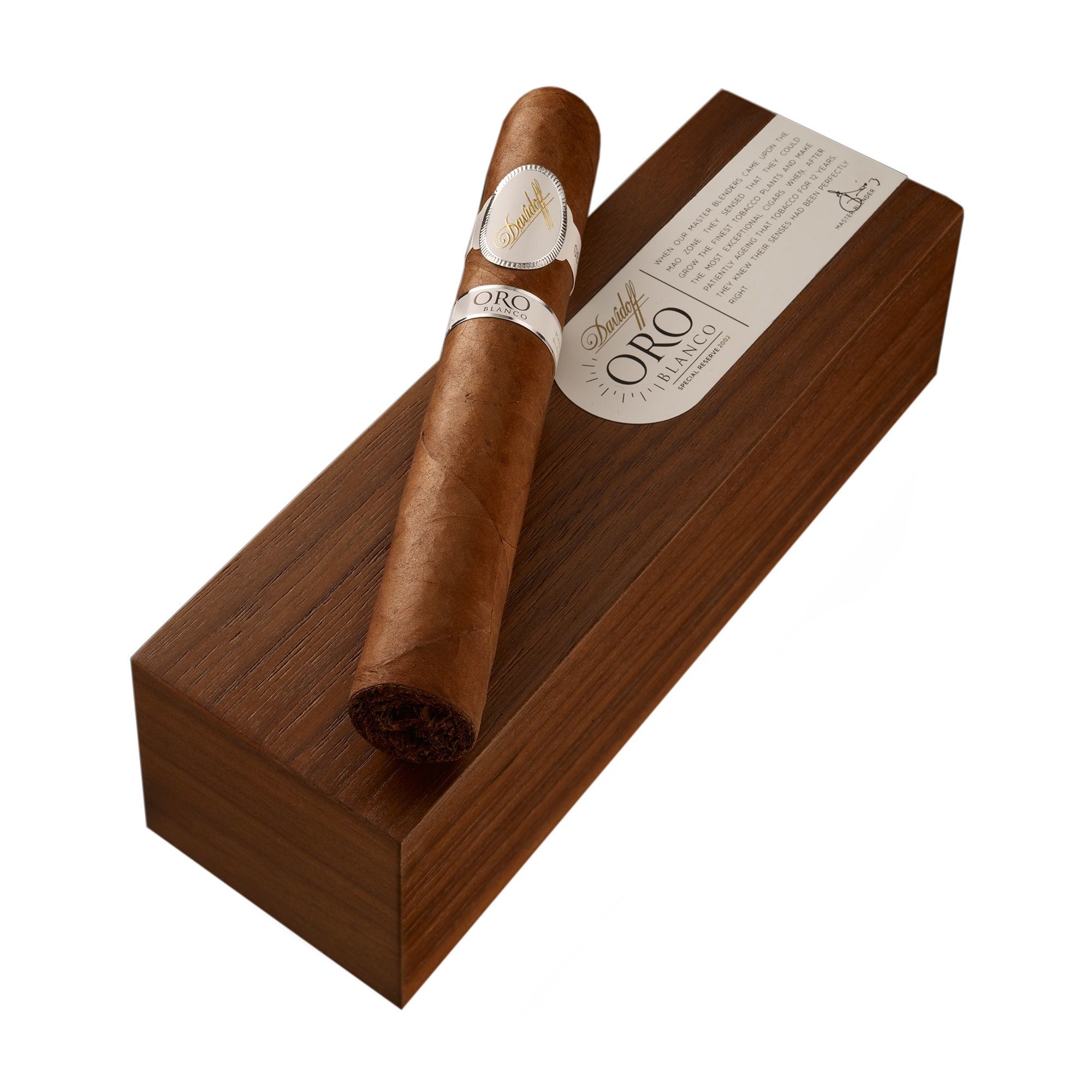 The cigars began shipping in Europe late last month. While it’s now out in the U.S., trying to actually purchase Oro Blanco might be challenging. There are only 10 retailers, nine of which received two boxes of 10 and a few loose singles. In addition, the Davidoff flagship on Madison Ave. in New York City received an extra box.

As for when a second shipment might arrive, it’s all up to Diaz. He’ll decide when the cigars are ready to ship, but Davidoff has made it clear the product will be limited.