Last month, Davidoff shipped a new line that seemed to have quite a bit in common with an older release.

Dubbed the Royal Release, the line consists of two different vitolas: a 5 1/2 x 55 Robusto and an 8 1/4 x 57 Salomones, both of which are packaged in 10-count lacquer boxes with a royal blue color scheme. The violas are the same as the previously released Royal Robusto and Royal Salomones, but incorporate a completely different blend, notably an exclusive Aromatica Dominicana wrapper that has been aged for a minimum of eight years instead of the Ecuadorian wrapper that was used on the original cigars.

According to Davidoff, there are only eight rollers who work on the Royal Release cigars, each of which has at least 15 years experience. 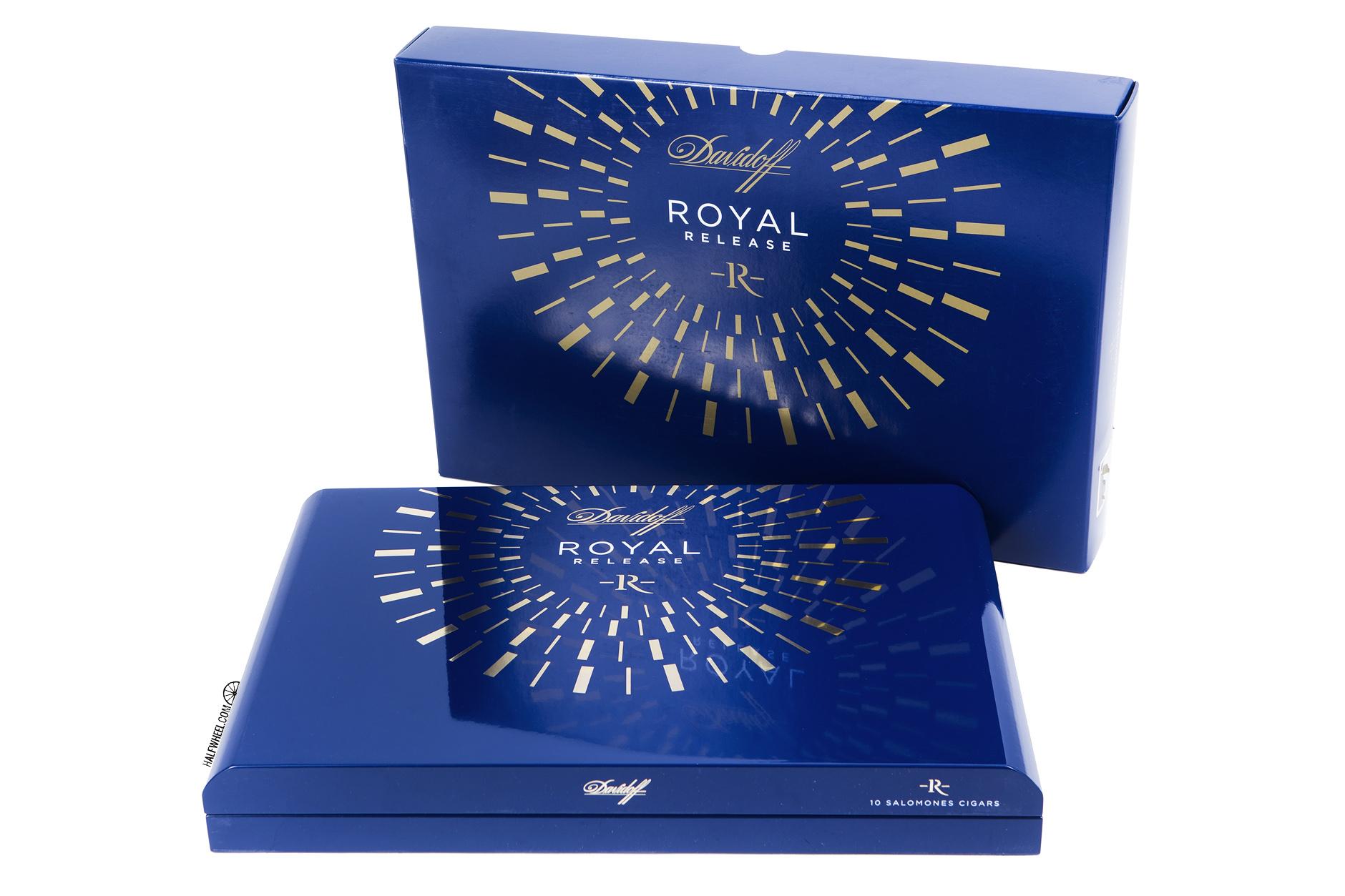 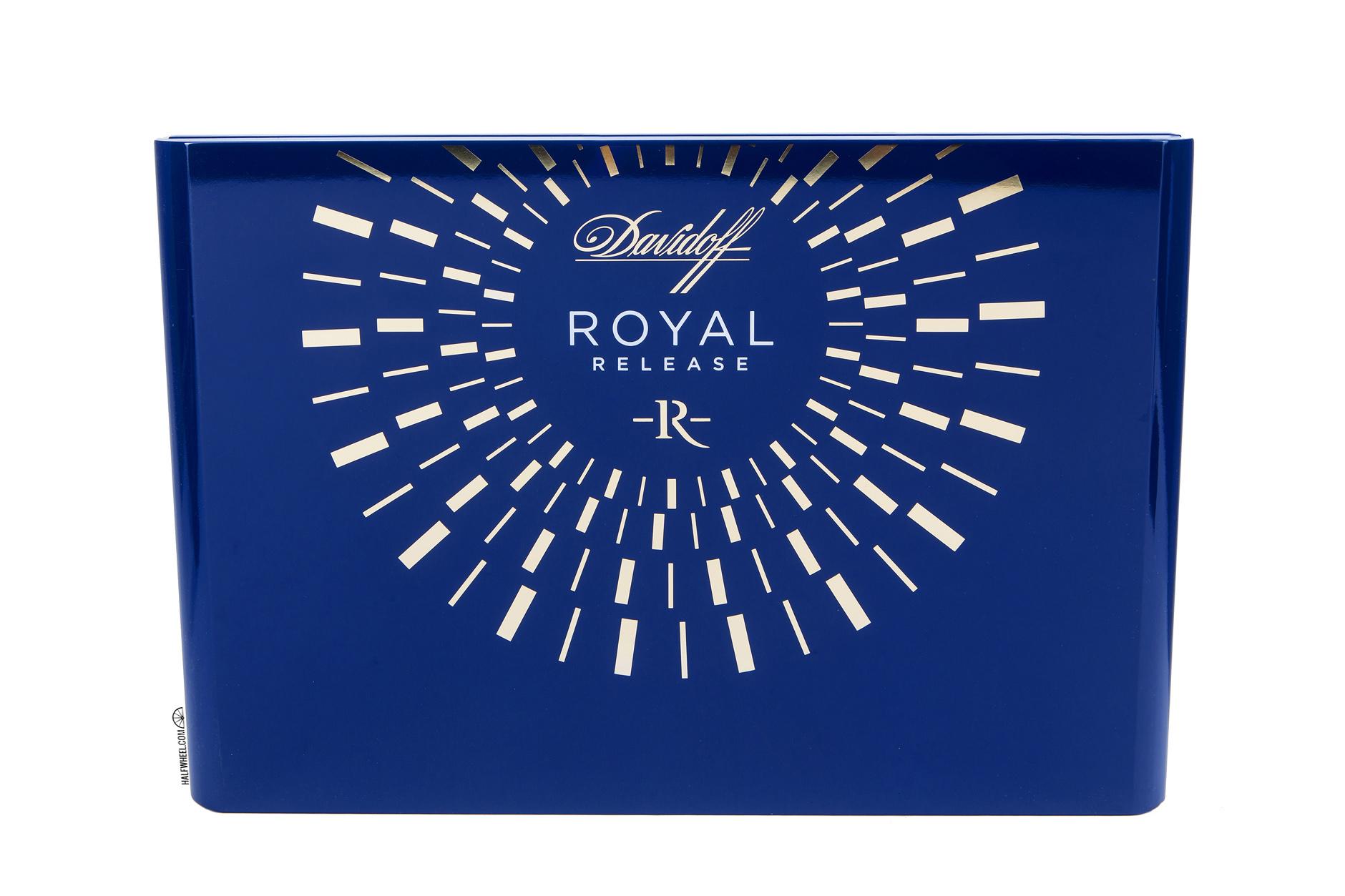 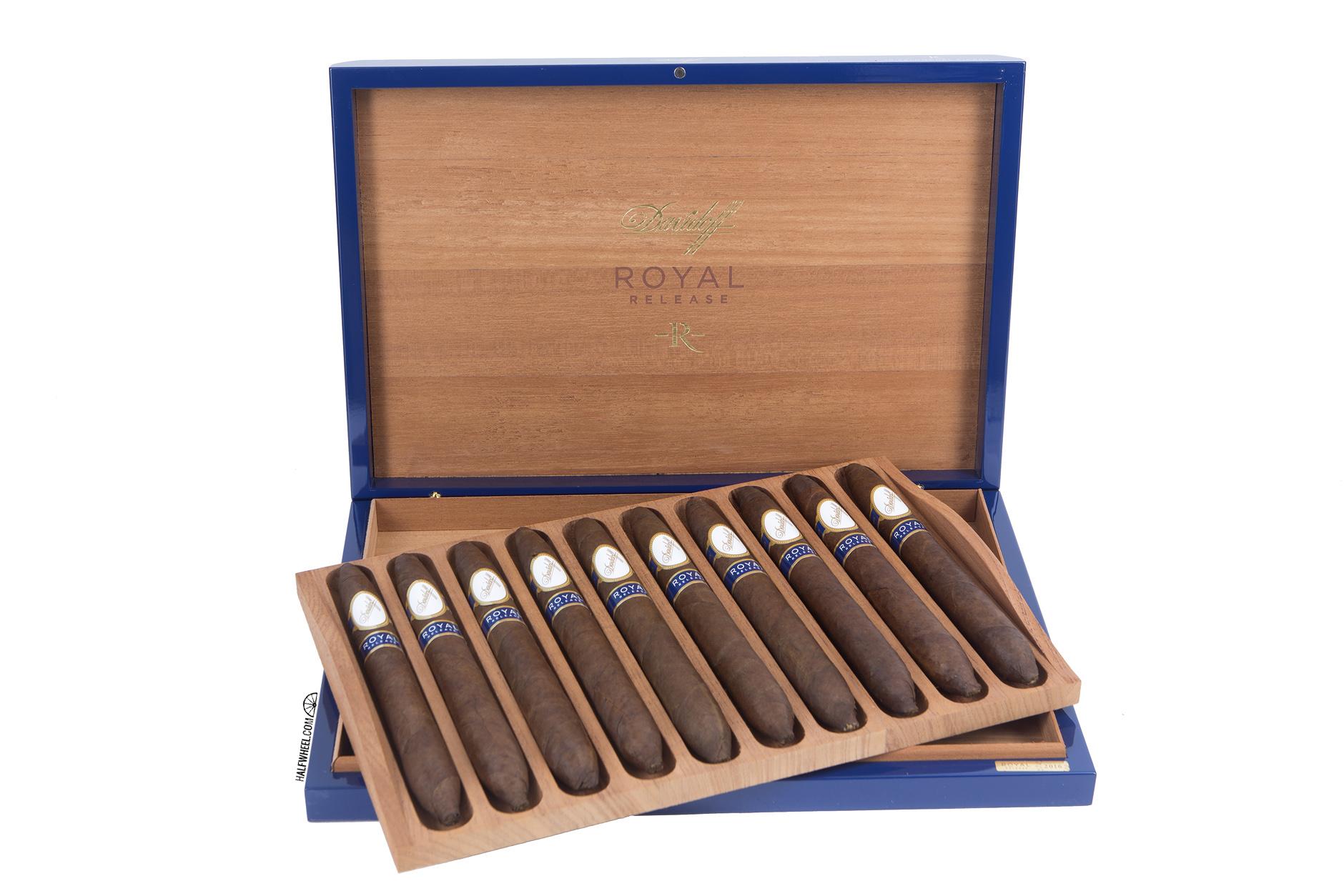 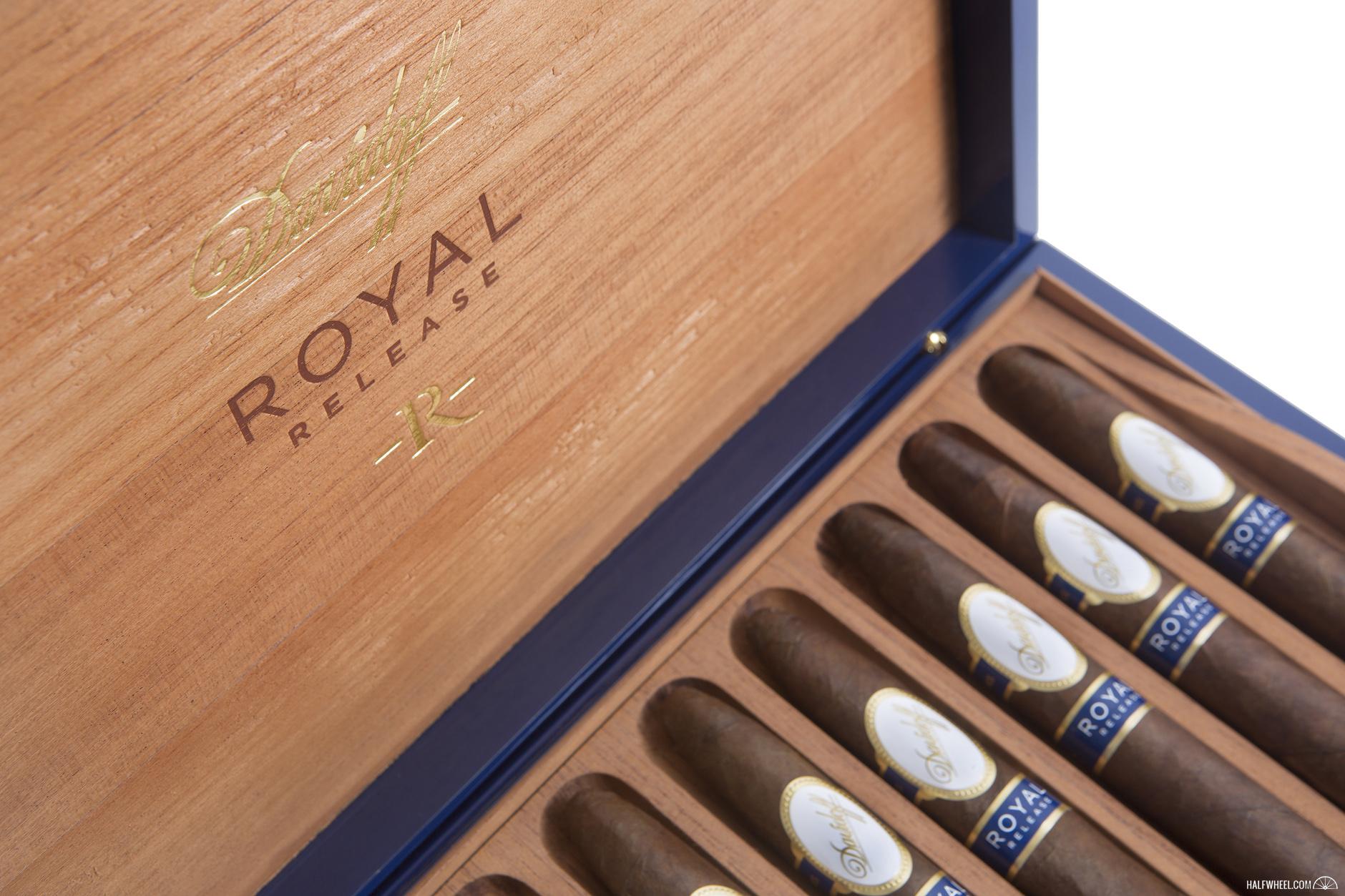 There are four different cigars in the Davidoff Royal line. 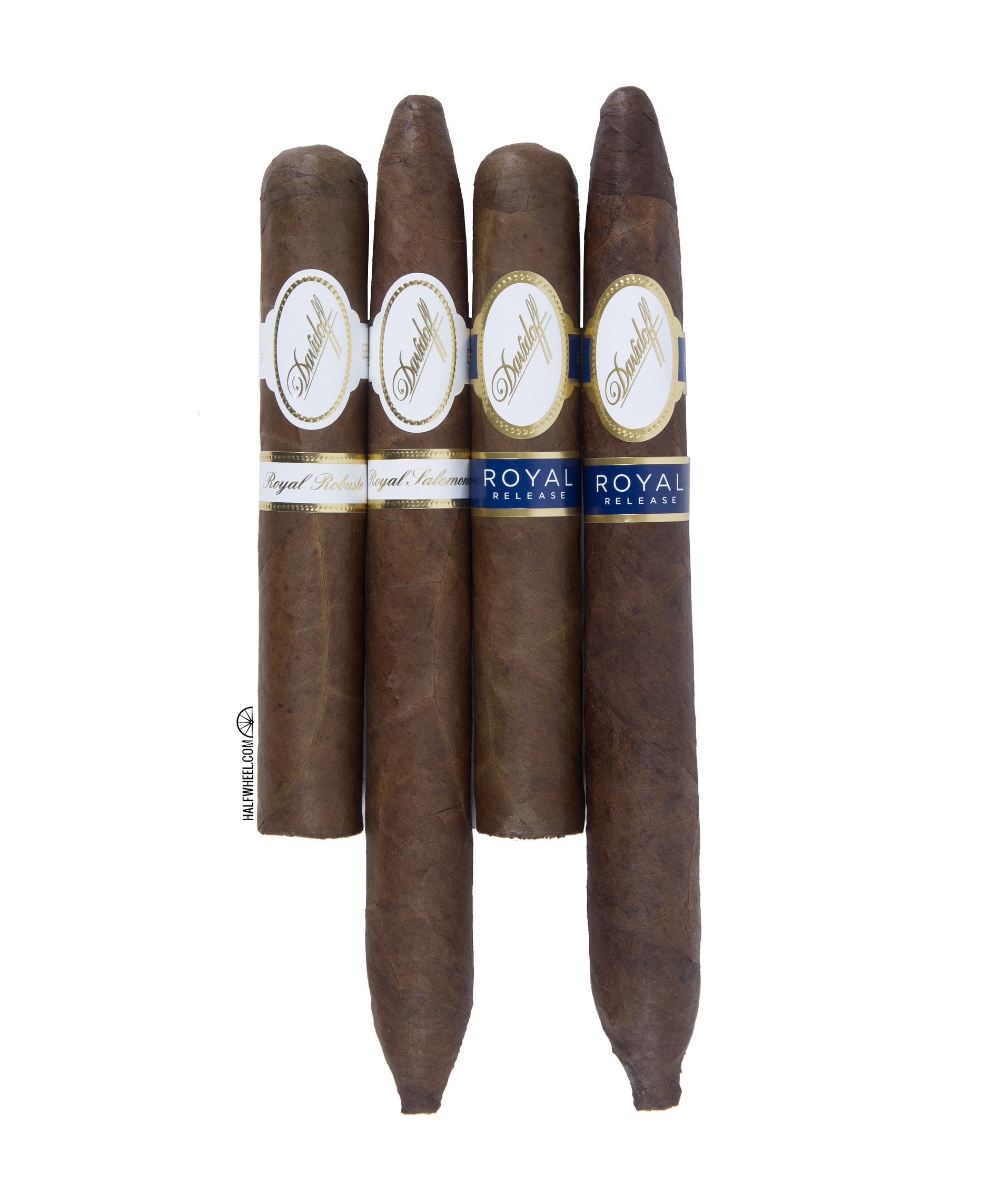 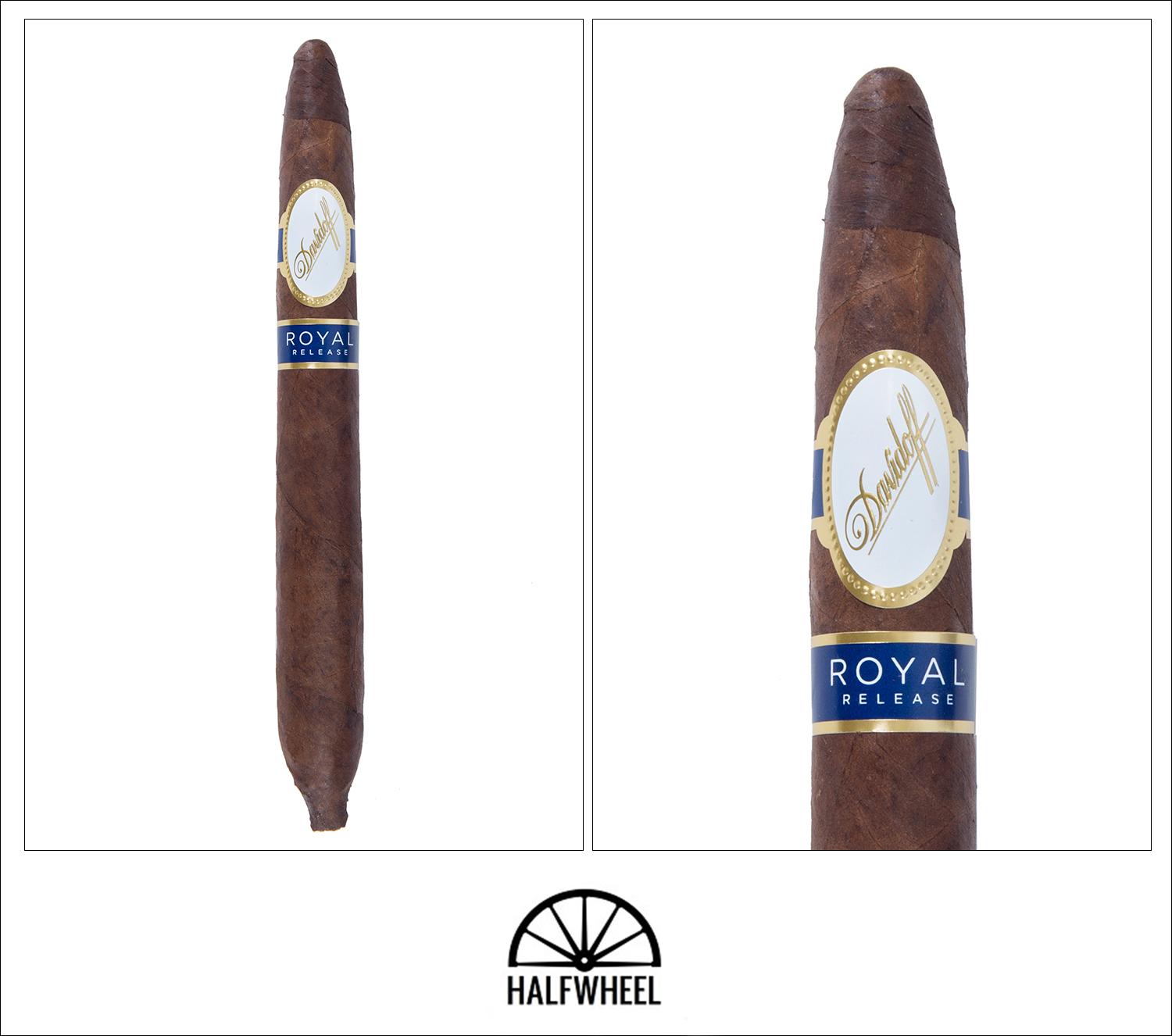 There is no other word to describe the Davidoff Royal Release Salomones, other than stunning. The wrapper is a mottled dark espresso brown that is almost literally dripping with oil, while the cigar itself is fairly spongy when squeezed, and both the cap and nipple foot look to be expertly rolled. Aroma from the wrapper is a combination of hay, earth, dark chocolate, coffee beans, bread, barley and molasses, while the cold draw is full of cedar, dark cocoa nibs, leather, a slight soapiness and raisin sweetness.

Starting out, the profile of the Davidoff Royal Release Salomones is full of flavors, with no specific note really dominant: rich oak, creamy almonds, leather, cocoa nibs, fresh roasted coffee beans and light pralines. There is both a touch of raisin sweetness as well as some of the the mushroom musky note on the retrohale, along with some slight spice on my tongue as well as a bit more black pepper than I was expecting. The draw is a bit tight to start—as is expected in a cigar with a nipple foot—but opens up nicely after about ten minutes, and the burn is excellent so far. Smoke production is dense and copious, and while the overall strength is light at first, it begins to pick up near the end of the first third, ending about halfway between mild and medium and rising. 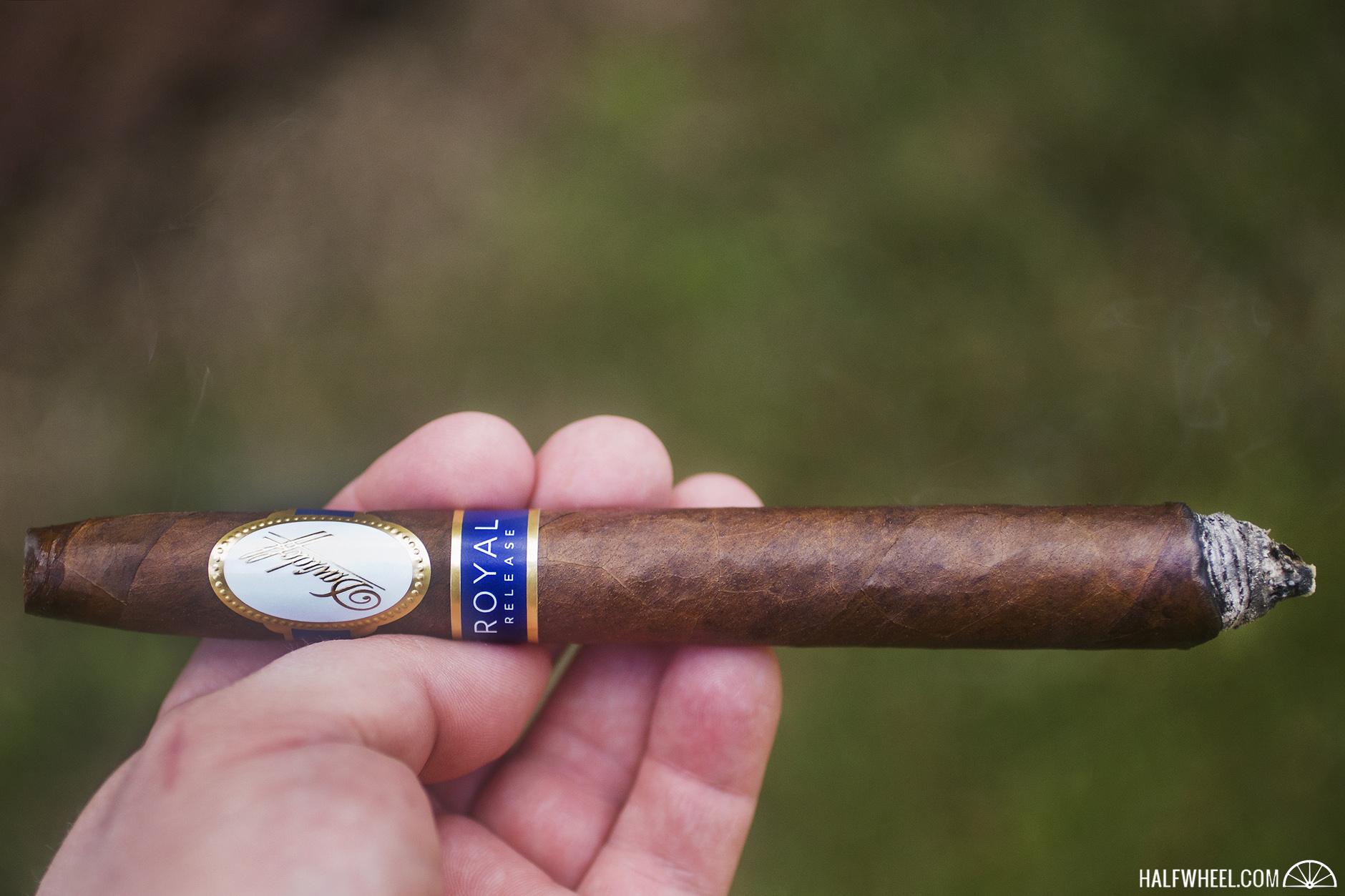 The raisin sweetness on the retrohale increases noticeably in the second third of the Royal Release Salomones, and a great combination of creamy almonds and aromatic oak takes over the dominant spot in the profile, followed by lesser flavors of dried tea leaves, dark chocolate, barnyard, cloves and a  slight floral. There is still an abundance of black pepper on the retrohale, but the spice on my tongue from the first third is long gone, as is the mushroom note. Construction-wise, the draw continues to give me just the right amount of resistance, while the burn line remains very close to razor sharp and the smoke production remains quite high. The strength does come close to the medium mark by the time the second third comes to end, but does not quite make it over just yet. 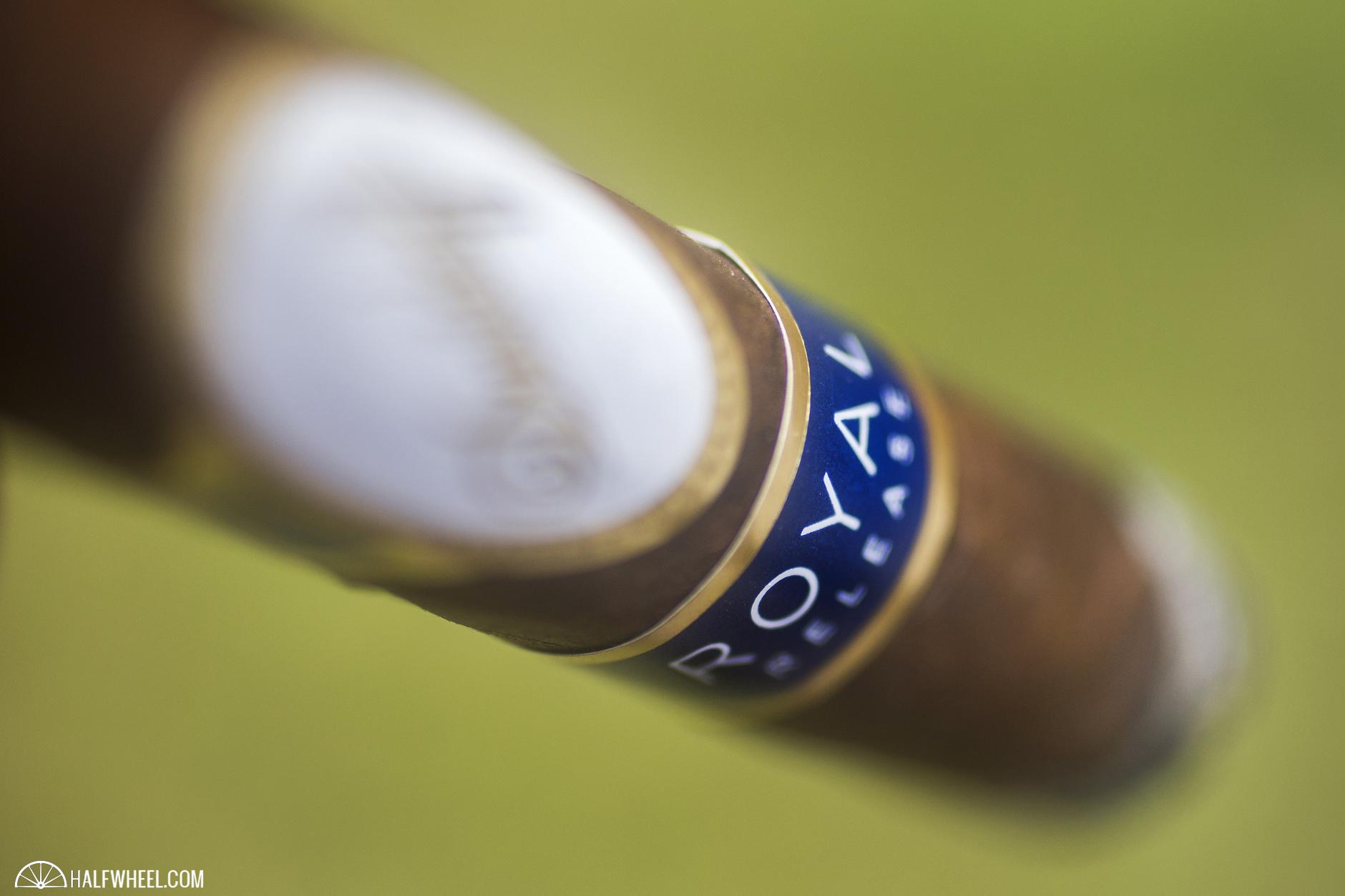 The final third of the Davidoff Royal Release features the same dominant flavors of creamy almonds and oak along with dark chocolate, leather, gritty earth and cloves, but there are a few new notes in the profile as well, including corn and a touch of hay. The raisin sweetness from the first two thirds is still very prevalent on the retrohale as well as a slightly reduced amount of black pepper, and the spice that had disappeared during the second third is noticeable again on my tongue, albeit reduced in strength. Both the burn and draw remain fantastic until the end of the cigar, and the overall strength does manage to make it to a point just above the medium mark before I put the nub down with a little less than an inch left. 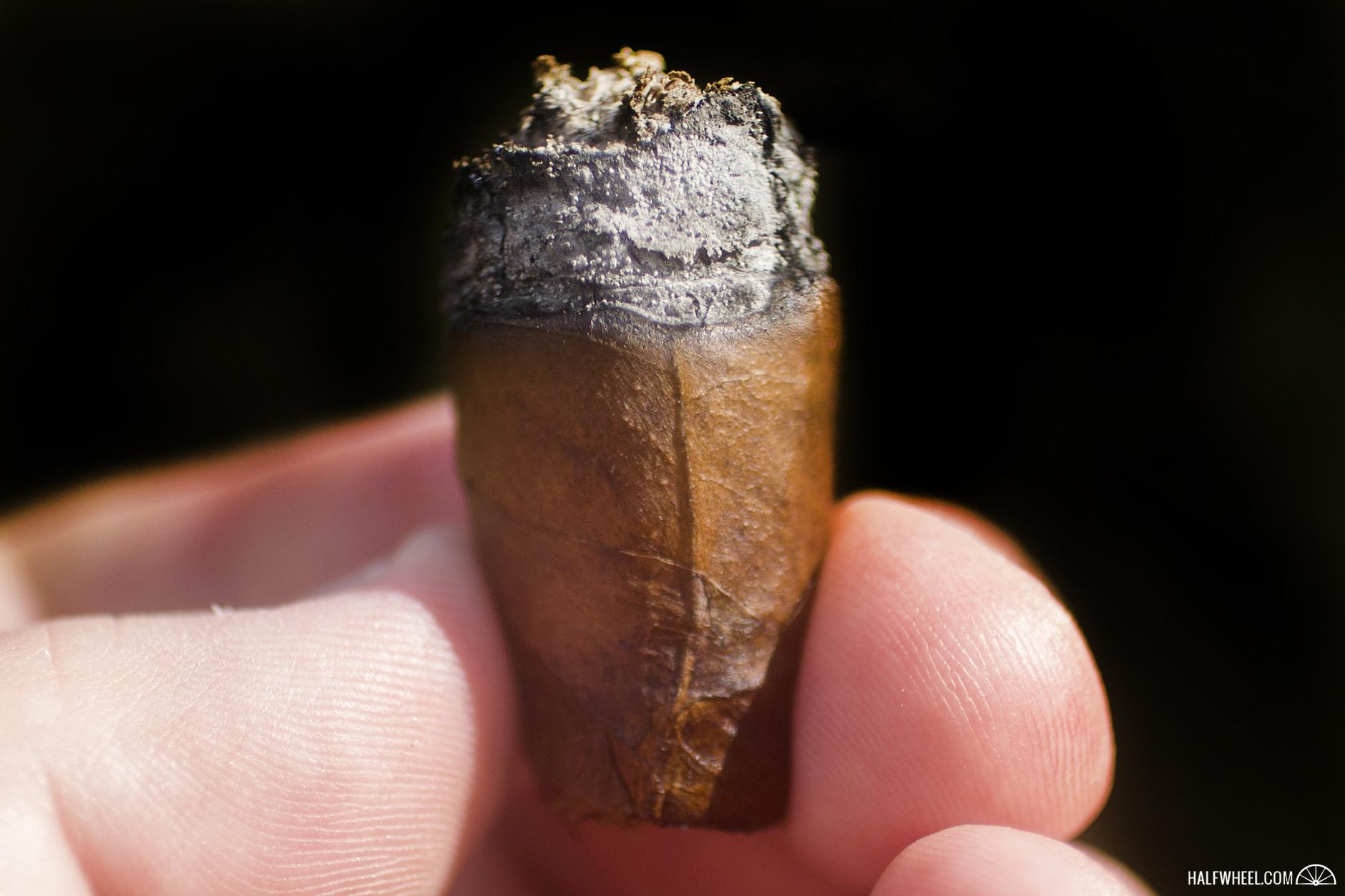 I went into this review with somewhat tempered expectations, if only due to the price tag that the Davidoff Royal Release Salomones carries. However, I found the cigar to be a flavor-bomb, with a profile full of rich, decadent and complex notes, as well as construction that was fantastic overall. Of course, the price tag will keep most people away, but if you can afford it, you won’t be disappointed in the experience.