You have inevitably seen the ads: 99-point rating from halfwheel.

It’s true, we’ve actually given out 99 ratings. Three cigars have earned that distinction, the most recent of which was a cigar called the Davidoff Especiales <<7>> Robusto Real, a 2004 limited edition Davidoff that I reviewed in early 2016.

Given the FDA-induced trend of what’s old is new again, it was of no surprise when I found out that Davidoff would be bringing back the cigar. The original cigar was a 5 1/2 x 48 robusto blended with seven different leaves, hence the name, but also a rarity for Davidoff who typically wouldn’t put more than four filler leaves. It used the Ecuadorian hybrid wrapper from the Millenium Blend, a Dominican olor binder and five different Dominican fillers, one of which was from 1996. 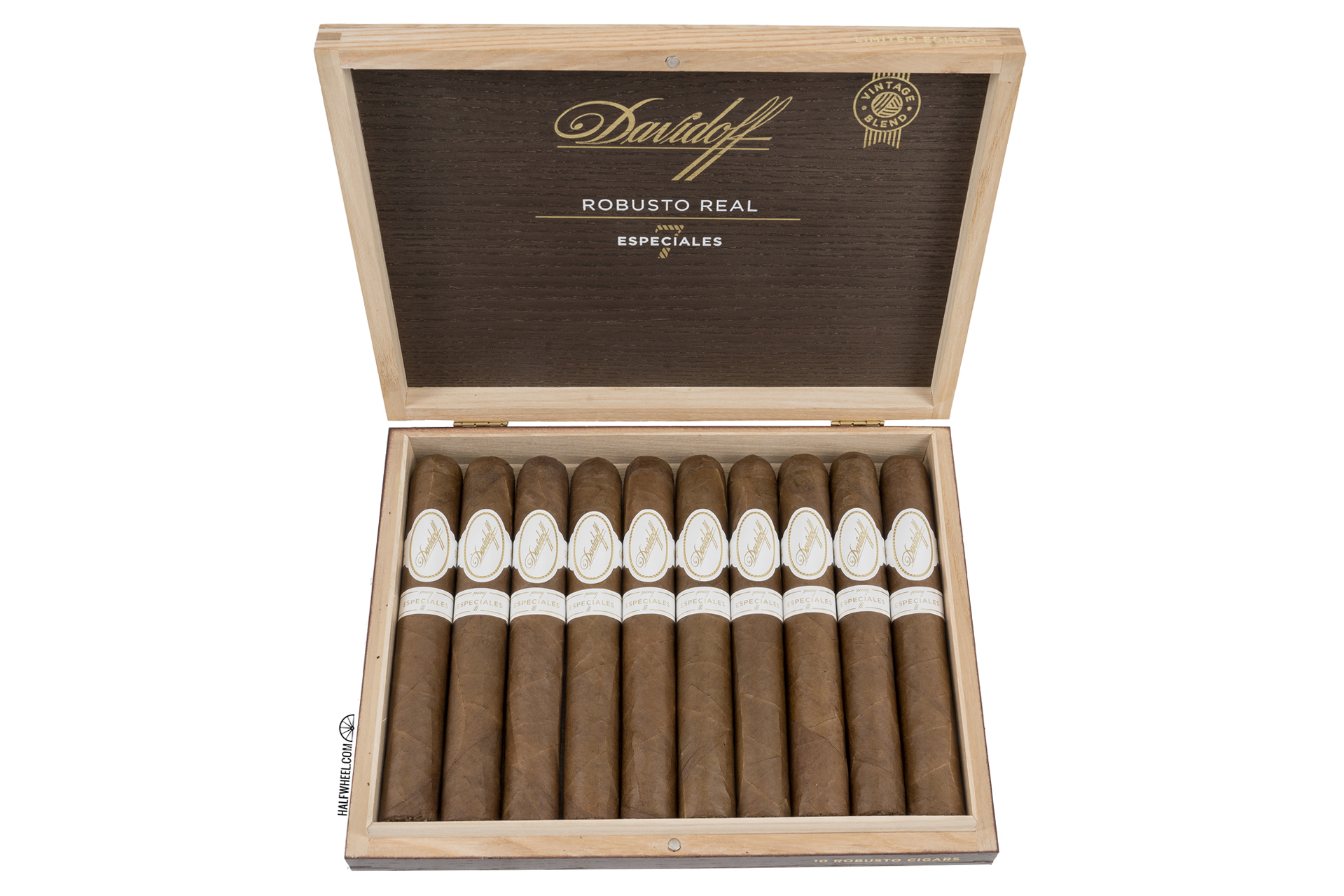 Earlier this year, the cigar returned to the market with Davidoff saying that once again the wrapper is from Ecuador, and a Dominican olor binder binds five Dominican fillers: 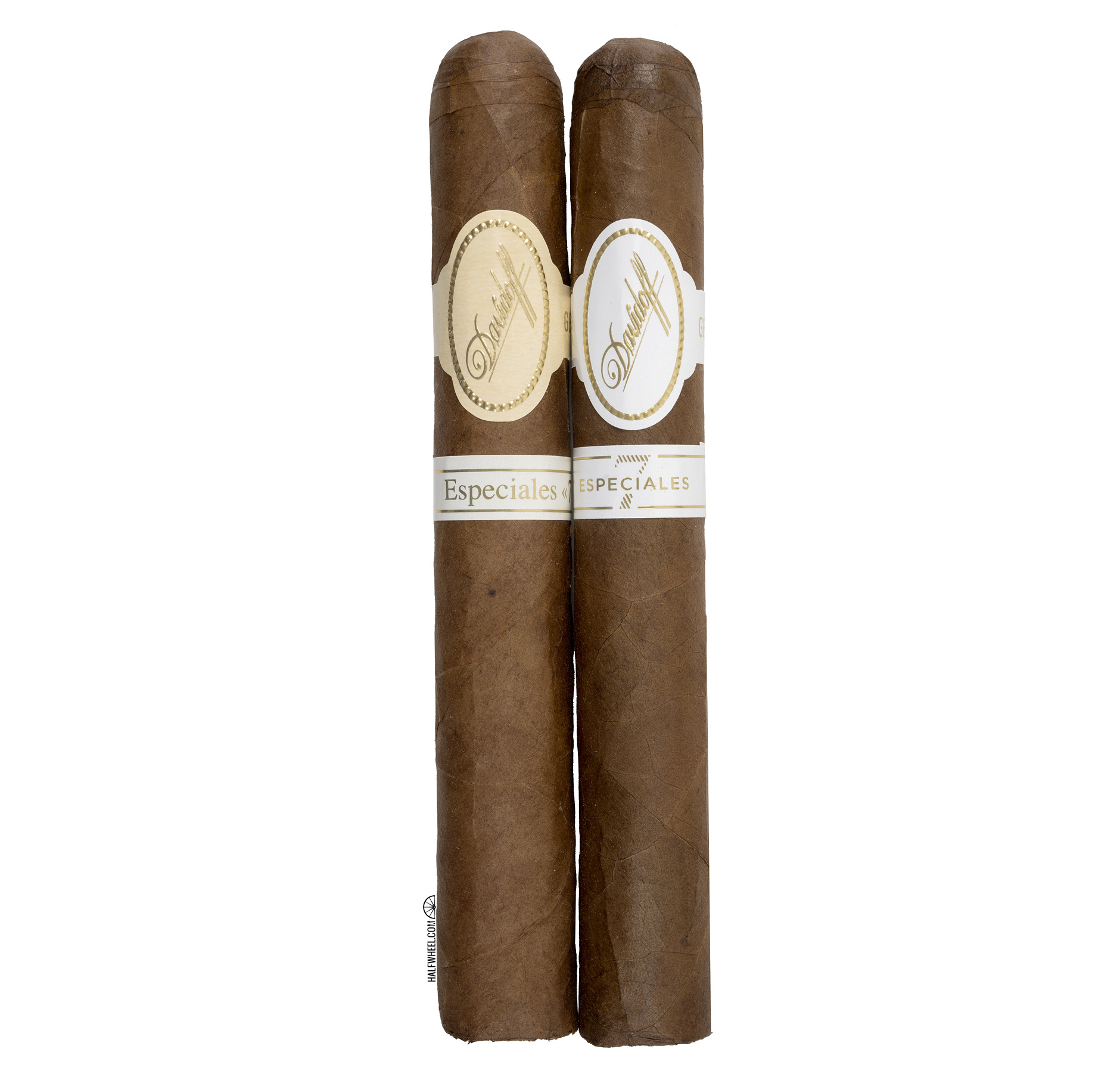 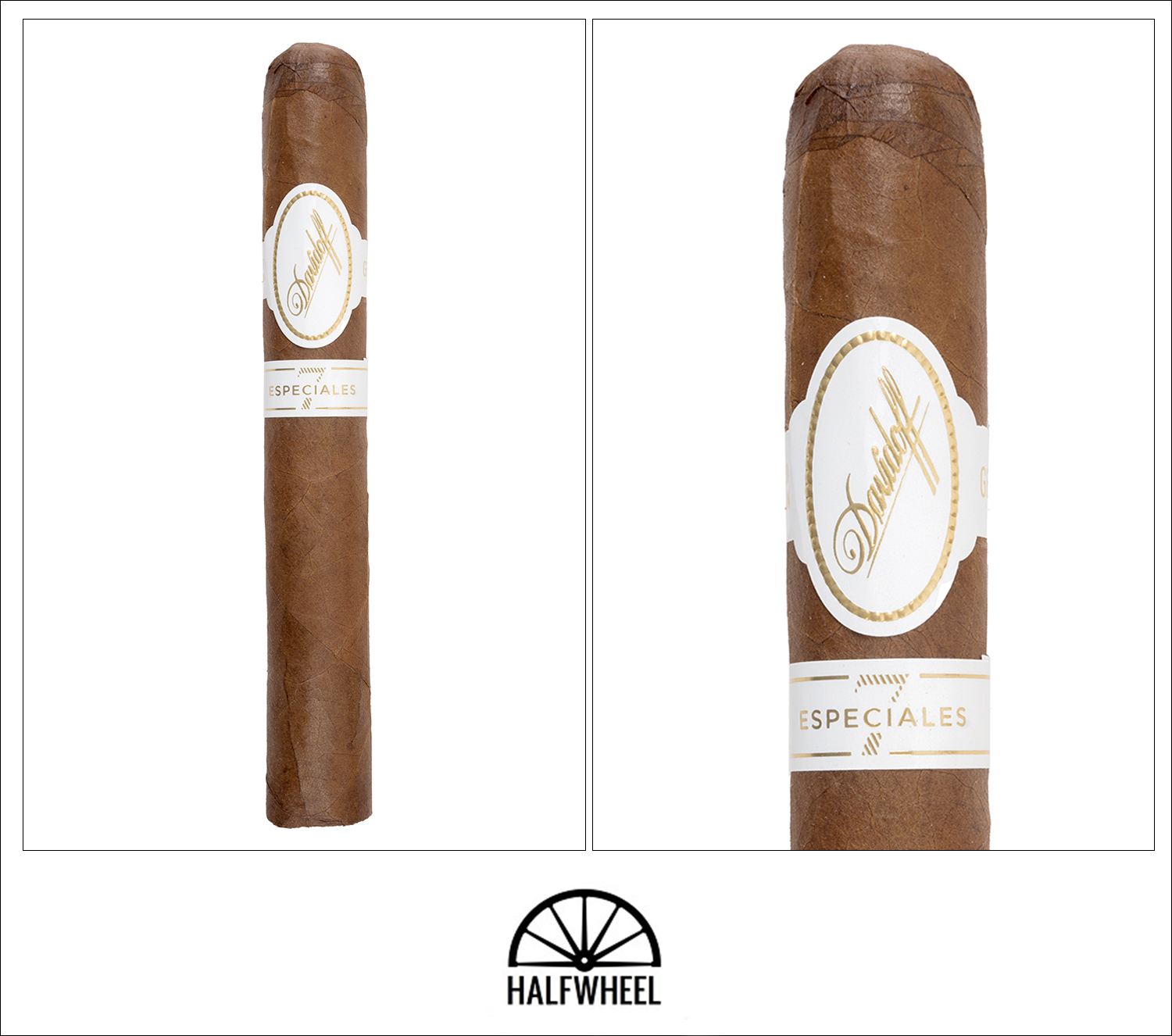 The cigar is relatively dark for a Davidoff and rather muted in terms of oils. I don’t think this is unique to this release, but the caps aren’t applied with the same sort of precision one would expect from the triple caps on high-dollar Nicaraguan and Cuban cigars. Aroma off the wrapper is medium-plus with some acidity, chocolate and a bit of sesame seed. From the foot, there are distinct signs of olor along with chocolate, pistachio and some chocolate milkshake, nearly full. The cold draw is medium-full with apple cider, some chemical flavors and peanut butter, right around medium-plus. After a first few puffs, there’s a pleasant floral flavor that comes through.

Lots of creaminess hits various parts of the palate upon my first puffs of the Davidoff Robusto Real Especiales <<7>> Limited Edition 2019. The creamy sensations are joined by meatiness and a touch of the classic Davidoff olor flavors. The finish is medium-plus with bread and some leather. An inch in and the core of the Davidoff turns into oatmeal with nuttiness, white pepper and some saltiness. Retrohales produce pizza dough, fruitiness, earthiness and some chewiness. The flavor is medium-full, while body and strength are medium-plus. I find myself paying a bit more attention to the burn—smoking a bit quicker than I’d like to—but I don’t need to use my lighter, yet.

The second third of the Real Especiales <<7>> is chewier than the first third. There’s also an added earthiness and an increased amount of olor flavors, the musty and mushroom-like flavor that are found in some Davidoff blends. I also detect a lot more rock salt, which isn’t a common flavor in the large library flavors I find in Davidoffs. The retrohales are also interesting: mustard, bubble gum and some Pringles potato chips, which almost seems like a sweeter version of the olor flavor. Speaking of sweetness, it’s pretty sugar-heavy on the finish, though the mustard sticks around for a bit. Flavor is full, body is medium-full and strength is medium-plus. One sample has great construction, while the other two need touch-ups. Without question, the final third is my favorite of the trio in terms of flavor. There’s a lot more citrus to the profile, though the saltiness increases as well. Through the nose, there’s some creaminess, paprika, lemon zest and bread. The finish has a lot of the bread flavors alternating between a generic flavor and something that is more akin to a whole grain loaf. It’s dry, though I don’t mind it given the brighter flavors up front. Flavor, body and strength all finish medium-full, a notable uptick from the latter. Like the second third, one sample avoids a touch-up, while the other two need assistance from the lighter to make it to the end of the cigar. For better and worse, this cigar will be judged based on how it compares to the 2004 version. And if that's the case, the game isn't fair. As the rating of the 2004 version implies, that was one of the best cigars I’ve ever smoked, particularly in the second and final thirds. And very few of the pieces of dried tobacco that exist on this planet as cigars could live up to it. It's unfortunate because the Especiales <<7>> Limited Edition 2019 is a pretty good cigar. Like the original, there's flavor with a surprising amount of body. And just like the original, the cigar gets better as it smokes. However, I have a feeling that it will be remembered more for what it is not versus what it is.