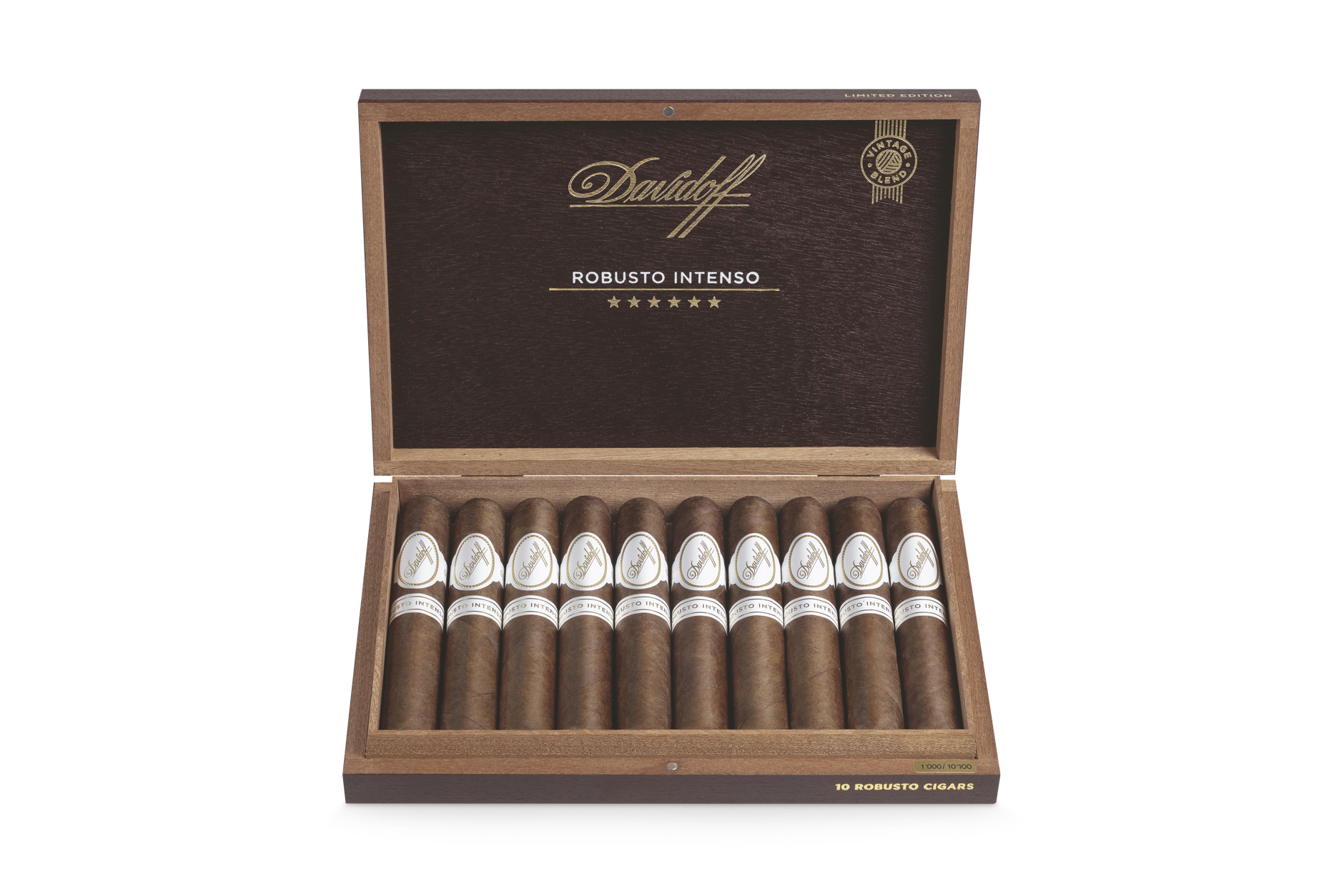 The Davidoff Robusto Intenso will be the latest Davidoff limited edition to be rereleased.

Next month, the company will begin shipping a second release of the Robusto Intenso, a cigar originally released in 2005. The 5 1/8 x 52 robusto uses an Ecuadorian habano 702 wrapper over a Dominican San Vicente seco binder. Underneath that are four Dominican fillers: piloto viso, San Vicente mejorado ligero, Semilla 254 viso and Yamasá viso.

“In the year 2005 Davidoff’s Master Blenders delivered on a pioneering challenge true to our founder Zino Davidoff: to create a cigar experience that is intense and complex, yet also exhilarant and smooth,” said Edward Simon, chief marketing officer at Oettinger Davidoff AG, in a press release. “For this task, they had masterfully achieved to blend tobaccos from five different regions of the Dominican Republic with an Ecuadorian wrapper and created the famed and highly decorated Robusto Intenso. We are honored to give aficionados the pleasure to enjoy this icon of the art of blending again after almost 15 years of waiting.”

It will be limited to 10,100 boxes of 10 cigars and 1,960 boxes of five cigars. The five-count boxes will be sold through travel and duty-free accounts.

The boxes feature a design with six stars, which signifies the six different types of tobacco used, as well as the Davidoff Vintage Blend distinction, a marking that signifies the company’s efforts to recreate a previous blend.

Correction (Oct. 24, 2020) — The original article indicated that the secondary band has six stars on it; it does not. Rather, that mark appears on the boxes. We regret the error.