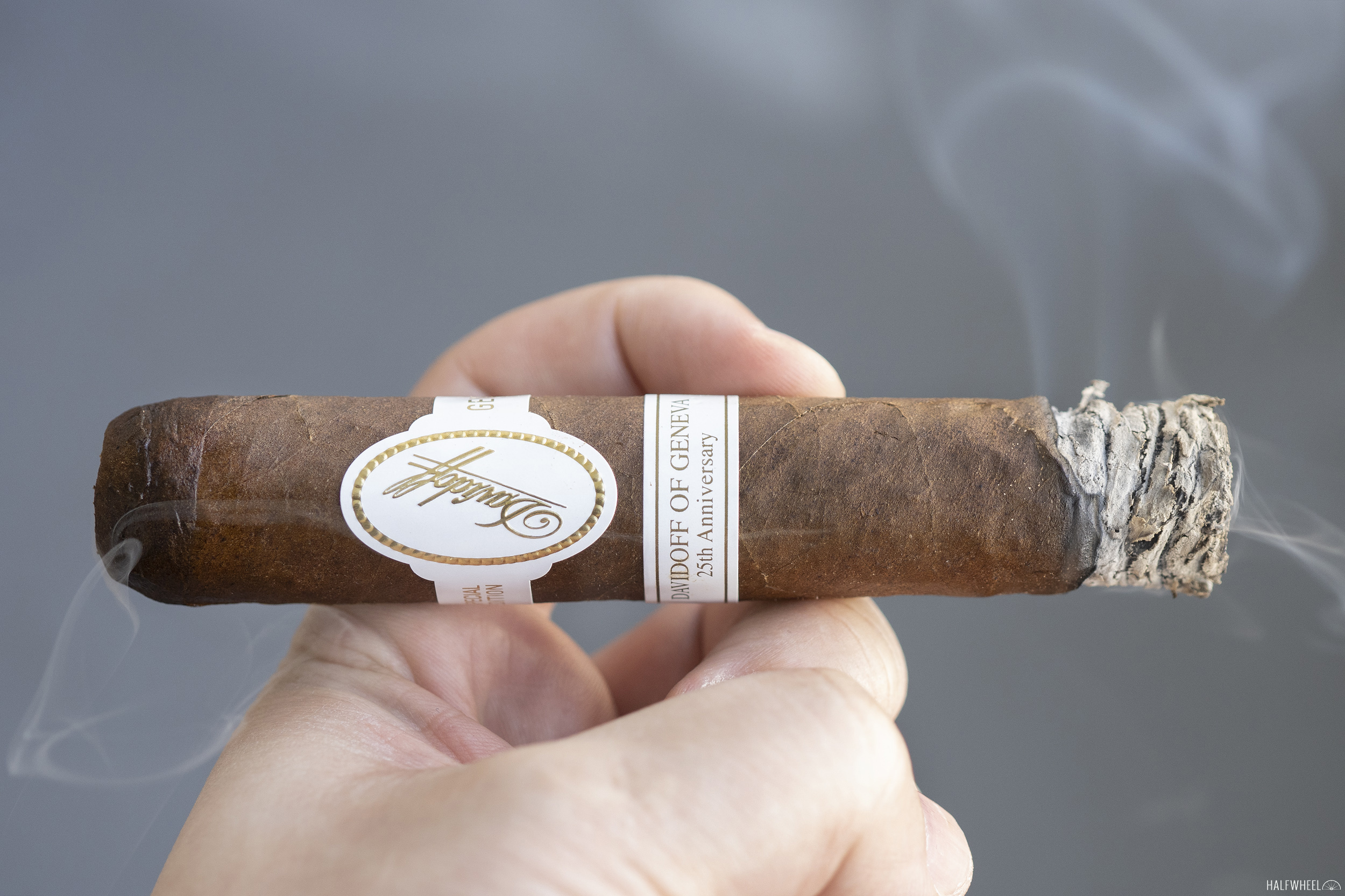 At this point, few new cigars excite me. Part of it is general apathy, part of it is a sort of ethical commitment of trying to treat every cigar the same, but a lot of it is because the majority of cigars I smoke are for review. And no matter if you are smoking the best cigars in the world—most days I am not—there’s a big difference between smoking a cigar and having to smoke a cigar.

That being said, when I found out that the Davidoff of Geneva 25th Anniversary was returning, I was excited. The 5 x 56 Dominican puro was released in 2013 to celebrate 25 years of selling cigars, albeit not Davidoff cigars, in America. As I pointed out in the original review, it was one of the strangest attempts at trying to justify an anniversary cigar because Davidoff had already made multiple 100th anniversary cigars.

But, as thin as the justification was for the cigar’s name, it didn’t matter. The cigar was really good, good enough to be our #1 cigar of 2013.

I scored the original cigar 93 points and had this to say:

I have mentioned in the past that there are Davidoff cigars I really like—perhaps more than the rest of this site—I just hadn’t reviewed any of them. This is Davidoff at its finest: a flawless draw, layers upon layers of complex flavors and a price tag that we so oftentimes associate with the Davidoff name. While I don’t get the anniversary, I more importantly get the cigar. There have been Davidoffs reviewed on this site that I have found good, but never—up until this point—great. At $22.00 per cigar it’s going to be frustrating, but I’ll splurge on a few for when my palate needs this sort of cigar, because even for Davidoff, this kind of finesse is not a common occurrence.

While I’d never suggest that you simply judge a cigar by its wrapper, upon opening up a bundle, it was pretty apparent this was most likely from the latter. 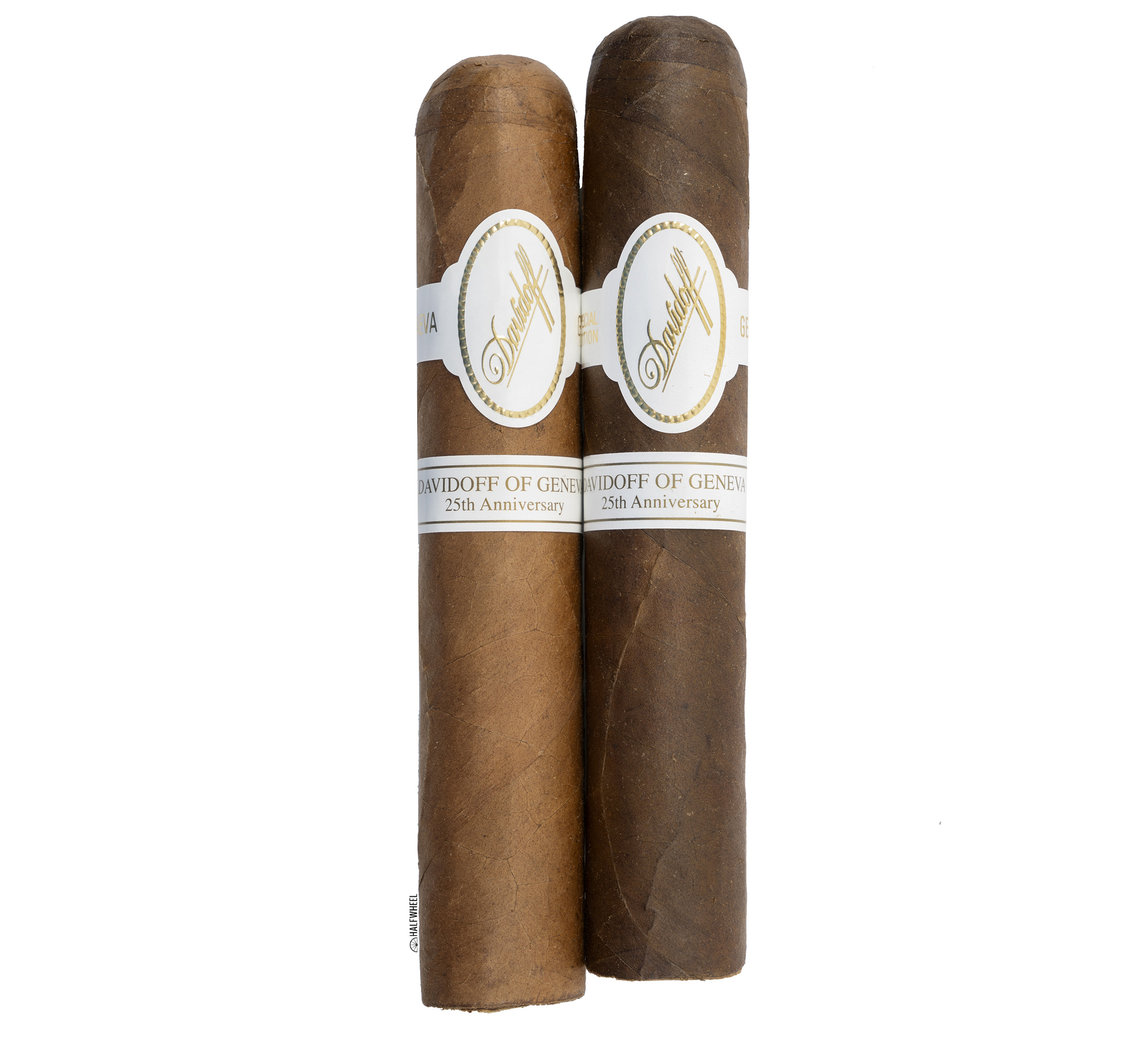 Like nearly all Vault releases, the new version comes in bundles of 10, this time priced at $32 per cigar, a full $10 increase from the original. It was offered to Davidoff’s flagship stores and select retailers in mid-December. 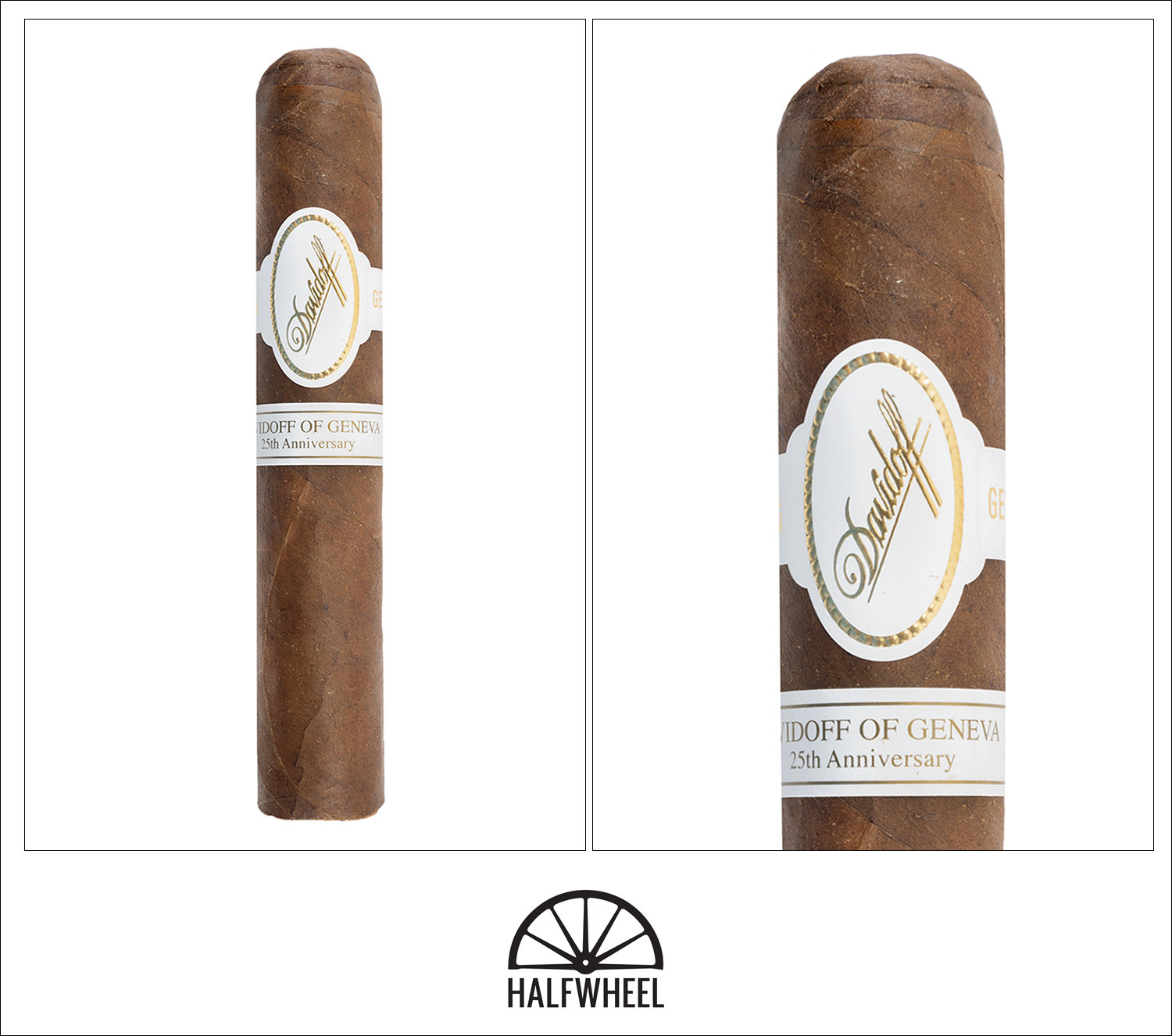 As you can see above, the cigar does not look like the original. Quite honestly, it’s not really a typical looking Davidoff. The wrapper is dark, there’s some obvious wrapper stretching and the veins are prominent enough that on the sample I am smoking I can actually see the band slightly raised because of one of the veins. As with the original, it’s a 56 ring gauge cigar that is rather dense. The aroma from the wrapper has mushrooms, some dark earth and a canned diced tomato smell around medium-plus. The foot has more of the mushroom flavor, cheap tomato sauce, some sweeter chocolate and something that reminds me of wet clay in an art studio. It’s medium-full and also has some generic irritation. The cold draw produces something that leads me to write “not particularl(y) pleasant” in my notes. After five cold draws I manage to get a plethora of different sensations. There’s some roasted flavors, chocolate, black tea, the tomato sauce flavor, spice on just one side of my tongue and orange soda. It’s interesting but it doesn’t come together that well.

From the first puff it is clear that I am not going to be reliving one of my favorite cigars. There’s nuttiness, some drier dark chocolates, a bit of mushroom, creaminess, some grass and spiciness; all around medium-full. It’s fine, but it’s a bit young and brash, lacking a lot of the sense of finesse that defined the original. While the different flavors change, my impressions that the new Davidoff of Geneva 25 Years is a bit rougher than I remember is fully cemented. There’s citrus over creaminess, and a barbecue-like sweetness. The flavors are nice but there’s plenty of room for them to develop. Retrohales produce a bit more olor than a normal puff while the finish is earthy with creaminess, paprika, some bubble gum and a pork-like meatiness. Halfway through and there’s a lot of wheat, some earthiness, vanilla and a lingering olor flavor that seems a few puffs away from taking over the profile but never actually does. Like before, retrohales produce more olor while the finish is now a mixture of bread, some cheap sparkling wine and a lot of earthiness. The final third has a lot more of the barbecue flavors than in earlier parts of the Davidoff, it’s joined by an underlying saltiness. Retrohales are clean with popcorn, a very bland bread and some earthiness. From the half-inch mark on the profile was full in flavor, medium-full in body and medium-full in strength.

I had to remind myself that the cigars I originally reviewed were presumably quite young. They were actually trade show samples, cigars that we would no longer review today. I bring that up because while these flavors seemed like they weren’t as crisp, I imagine that those cigars were actually intended on being smoked at a future date. These cigars show no evidence that they could be construed as old stock from a decade ago. Construction-wise, the cigar needs two touch-ups, one after the second third and another in the final third. Unfortunately, smoke production went on a linear decline curve starting at the halfway mark and doesn’t make a full recovery even after the second one.

When the Vault project was announced I knew that there were old cigars sitting in Davidoff’s aging rooms that would be part of this series. But as the releases were announced, it also seemed like the company was also probably making new versions of old cigars, something it never denied. In this particular instance, it’s the latter and the result isn’t what I wanted. As evidence by the aforementioned accolades, the original Davidoff of Geneva 25 Years was a great cigar, my favorite Davidoff release of the last decade that didn’t cost $500. This cigar, while certainly good, isn’t that. I wish the flavors would settle down a bit more, I wish it was more complex, I wish it had half the finesse of the original, I wish it didn’t struggle to produce smoke in the final third, but most of all, I wish that Davidoff would disclose the differences in the Vault releases: tell me—as a consumer—which ones are vintage and which ones are new. It certainly would have saved me some money in this instance.