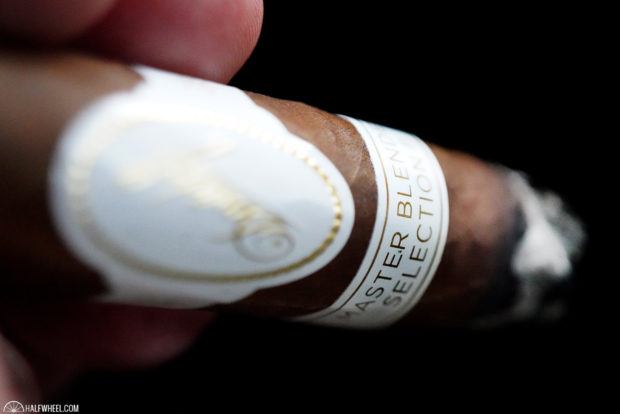 Eladio Díaz is far from a household name—even in the cigar community in which he has worked almost his entire life—but a number of recent releases from Davidoff have begun to change that.

While Henke Kelner might get the most press, Díaz is actually is Davidoff’s chief blender and head of quality control, and honoring his contributions has become more of a focus for the cigar company’s releases in the past couple of years. First came the $500 priced Oro Blanco followed by the Master Selection Series, six different cigars that are based on the cigars Díaz makes to celebrate his birthday.

Earlier this year, Davidoff announced another release in the same vein, this time 15 different cigars under the Master Blend Selection banner, each of which were inspired by Díaz’s travel in the Caribbean, Central America and South America. Interestingly, instead of disclosing where the tobacco used in the cigars comes from, Davidoff is instead using flavor notes and intensity levels to describe each blend.

As with the aforementioned Master Selection Series, each of the Master Blend Selection cigars are available in the same 6 x 52 toro vitola and the same $35 price tag. However, while the former cigars were packaged in boxes of 10, the newest releases are being sold in bundles that are designed to be shown off inside custom crates installed in custom displays. In addition, while Davidoff won’t disclose specific production numbers, the company has said that the cigars are “limited.”

There are 15 different cigars in the Master Blend Selection Series. 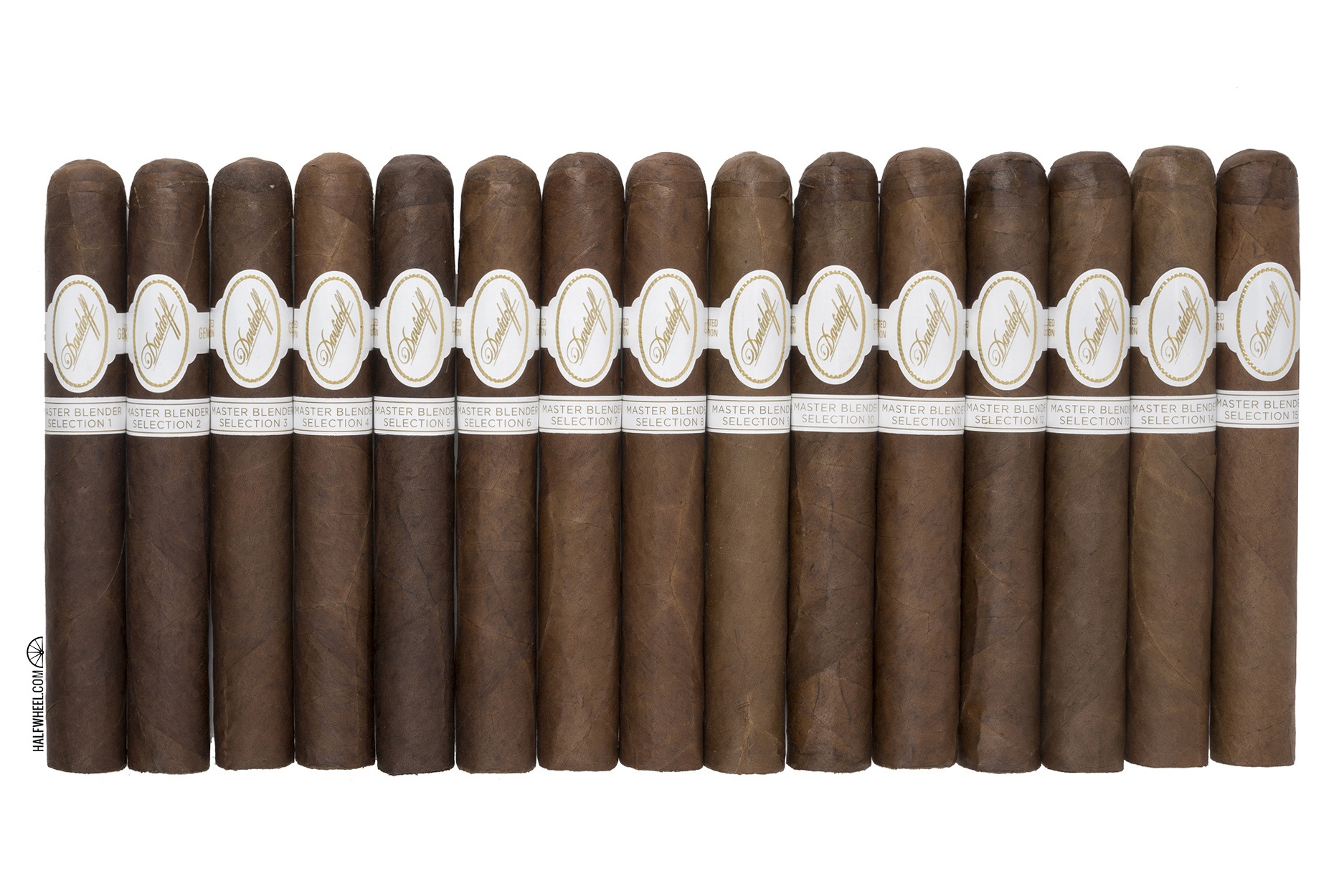 Visually, the Davidoff Master Blend Selection 8 is covered in a rustic dark brown wrapper that has a bit of tooth to it as well as a small amount of oil. A number of prominent veins are obvious without being overly distracting, and this particular sample has a very slight box press, although I don’t think it is intentional.  Aroma from the wrapper is a combination of strong earth, hay, nuts, sawdust, dark chocolate and manure, while the cold draw brings flavors of cocoa powder, leather, manure, barnyard, cedar and almond paste sweetness.

Starting out, the Davidoff Master Blend Selection 8 features a blast of vanilla sweetness combined with white pepper on the retrohale and significant spice on my tongue. The palate is dominated by flavors of creamy oak and hay, followed by leather, earth, roasted corn, cocoa nibs and slight mushroom mustiness. In addition, there is a very distinct graham cracker sweetness that is present on the retrohale, where it combines very nicely with the aforementioned black pepper that is also noticeable. Both the burn and draw are excellent so far, and smoke production coming from the foot is about average, albeit very dense in body. Although strength of the Davidoff Master Blend Selection 8 starts out fairly mild, it ramps up quickly, ending the first third close to the medium mark. The graham cracker sweetness increases quite a bit during the second third of the Davidoff Master Blend Selection 8, combining nicely with the creamy oak and hay notes that remain the dominant flavors in the profile. Other notes of earth, cinnamon, espresso beans, leather, hay and dark chocolate flit in and out as well, and I actually taste a fleeting mint flavor that disappears quickly, never to return. Although the vanilla sweetness from the first third is long gone, there is still some obvious black pepper on the retrohale as well as a touch of spice on my tongue that is still noticeable. Construction-wise, the burn and draw continue to impress, while the smoke production has actually increased just a bit. In terms of strength, the Davidoff Master Blend Selection 8 hits a solid medium mark by the end of the second third, although it does not seem to be going much higher any time soon. 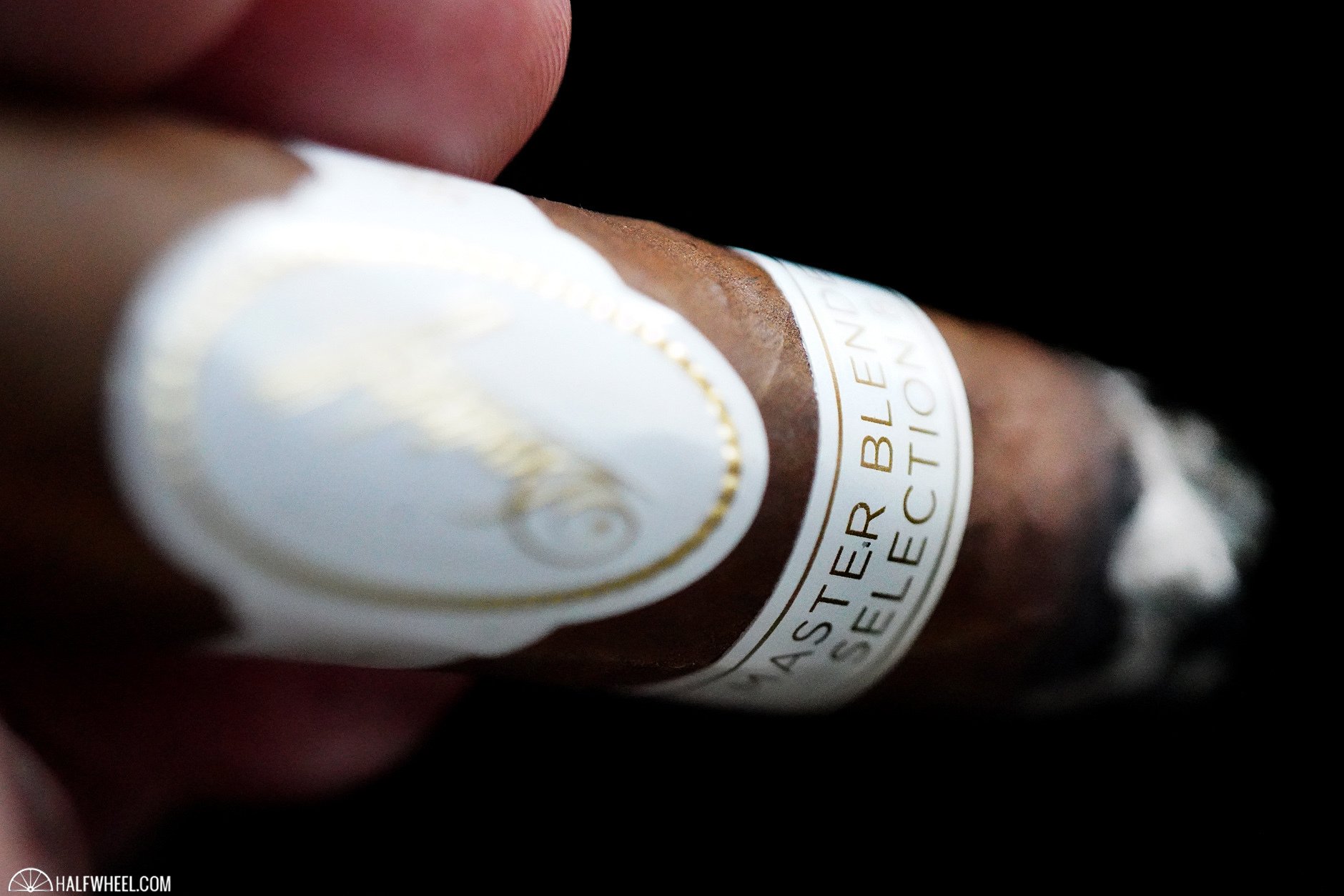 Although there are some changes, the profile of the final third of the Davidoff Master Blend Selection 8 is very similar to the second third, with the same dominant flavors of creamy oak and hay and the same bready graham cracker sweetness on the retrohale. Secondary notes of earth, creamy leather, white chocolate, anise, baker’s spices and cocoa nibs are also present, and while the black pepper on the retrohale is still noticeable, it is just not as strong as it was during the first two thirds. The construction continues to be top-notch with neither the draw or the burn giving me any issues at all and the overall strength pushes just a bit past the medium mark by the time I put the nub down with a bit more than an inch left. When I heard about the Master Blend Selection project, I was instantly intrigued by the idea of being able to pick and choose cigars based on your flavor preference, as opposed to just guessing based on the types of tobacco each cigar was made with. While I have only smoked the Davidoff Master Blend Selection 8 so far, I found it to be an excellent cigar, with a profile deep in flavors and full of complexity and nuance. Other than one sample that performed quite poorly, the construction was excellent and the strength in the blend was well integrated. In the end, while I can’t imagine all of the blends in the series are this good, my experience with the Davidoff Master Blend Selection 8 has me really looking forward to trying the rest of them to find out.