We all know that spring time joke, but the first week of April also brings one of the major professional golf tournaments, the Masters Tournament held at Augusta National Golf Club in Augusta, Ga. Coinciding with the tournament, Davidoff released its second golf themed cigar, the Davidoff Limited Masters Edition 2015. This release goes a little further than just simply having a golf related name by creating an entire package that is intended to go hand in hand with a round of golf.

Davidoff’s other golf cigar was the Masters Edition 2013 “Club House” Toro, which featured boxes and bands with a golf-ball like treatment. 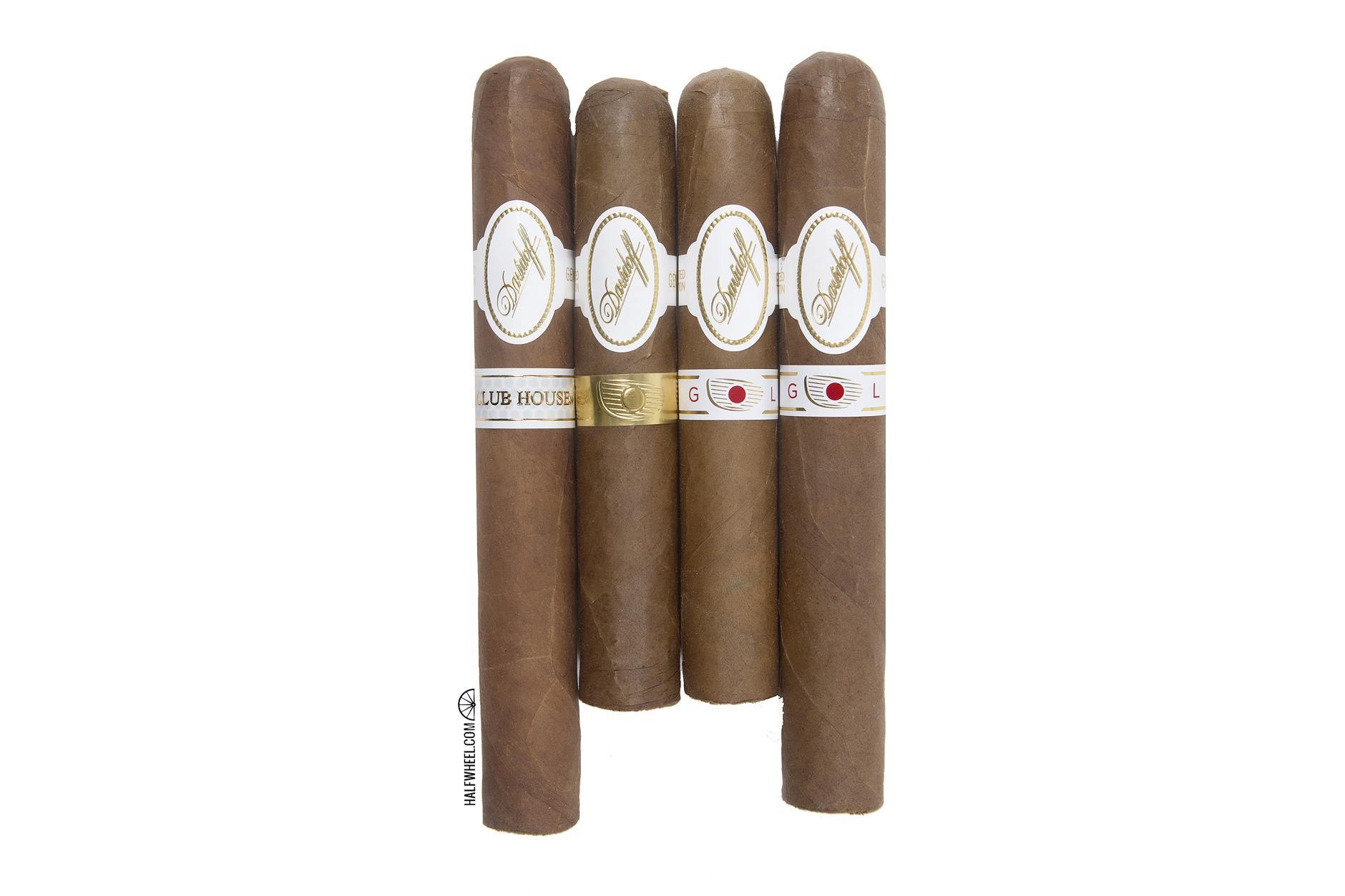 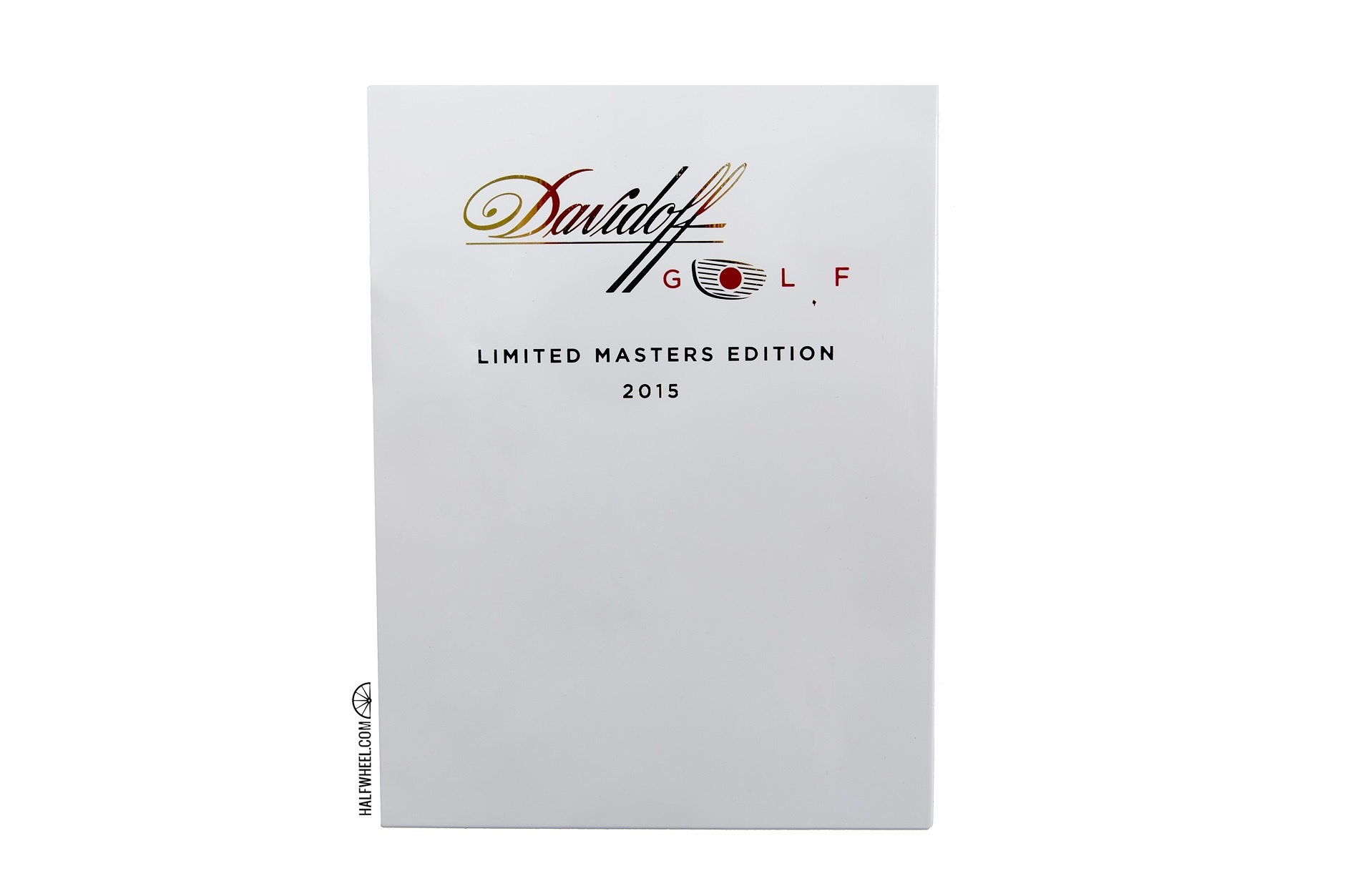 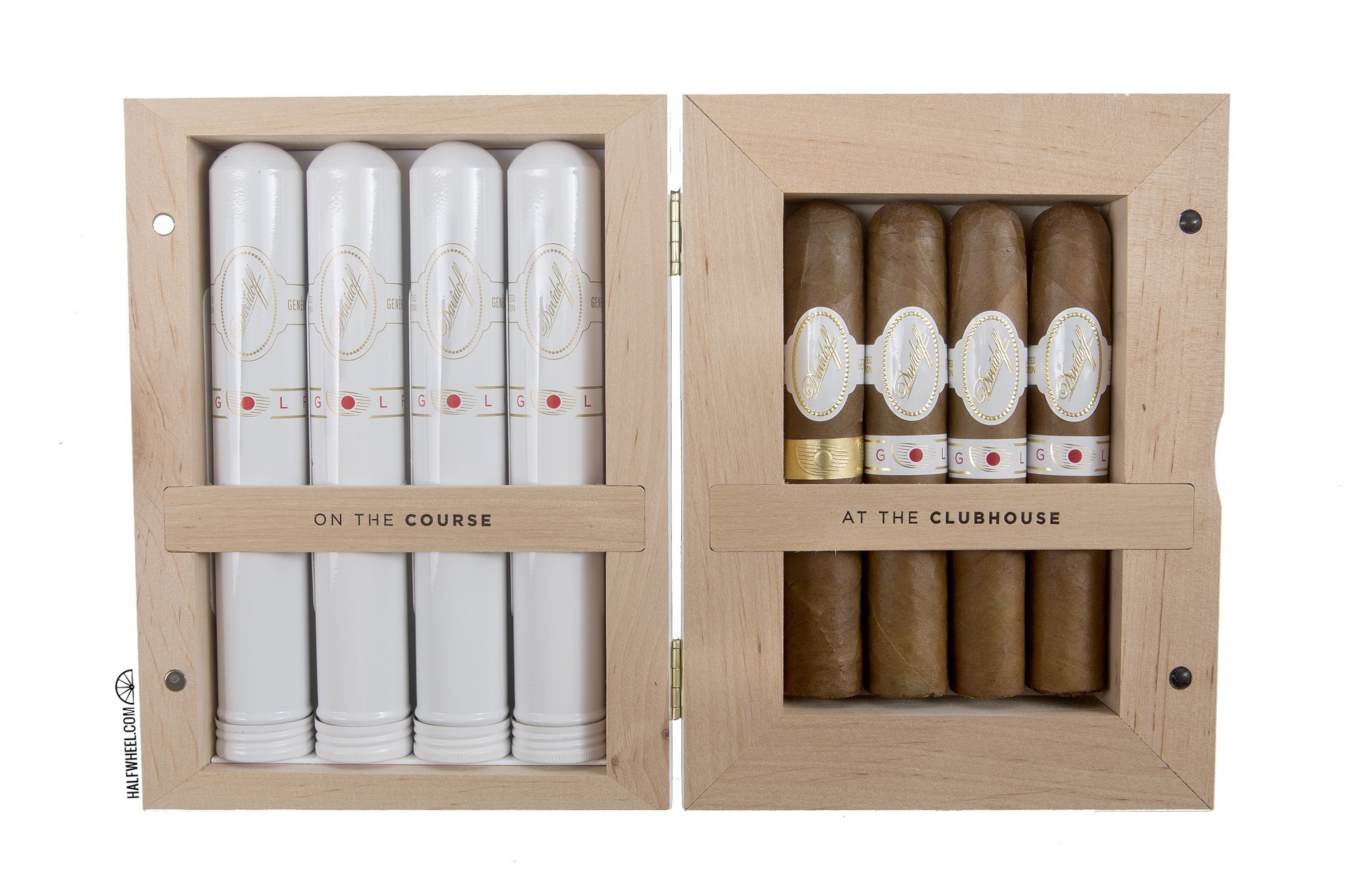 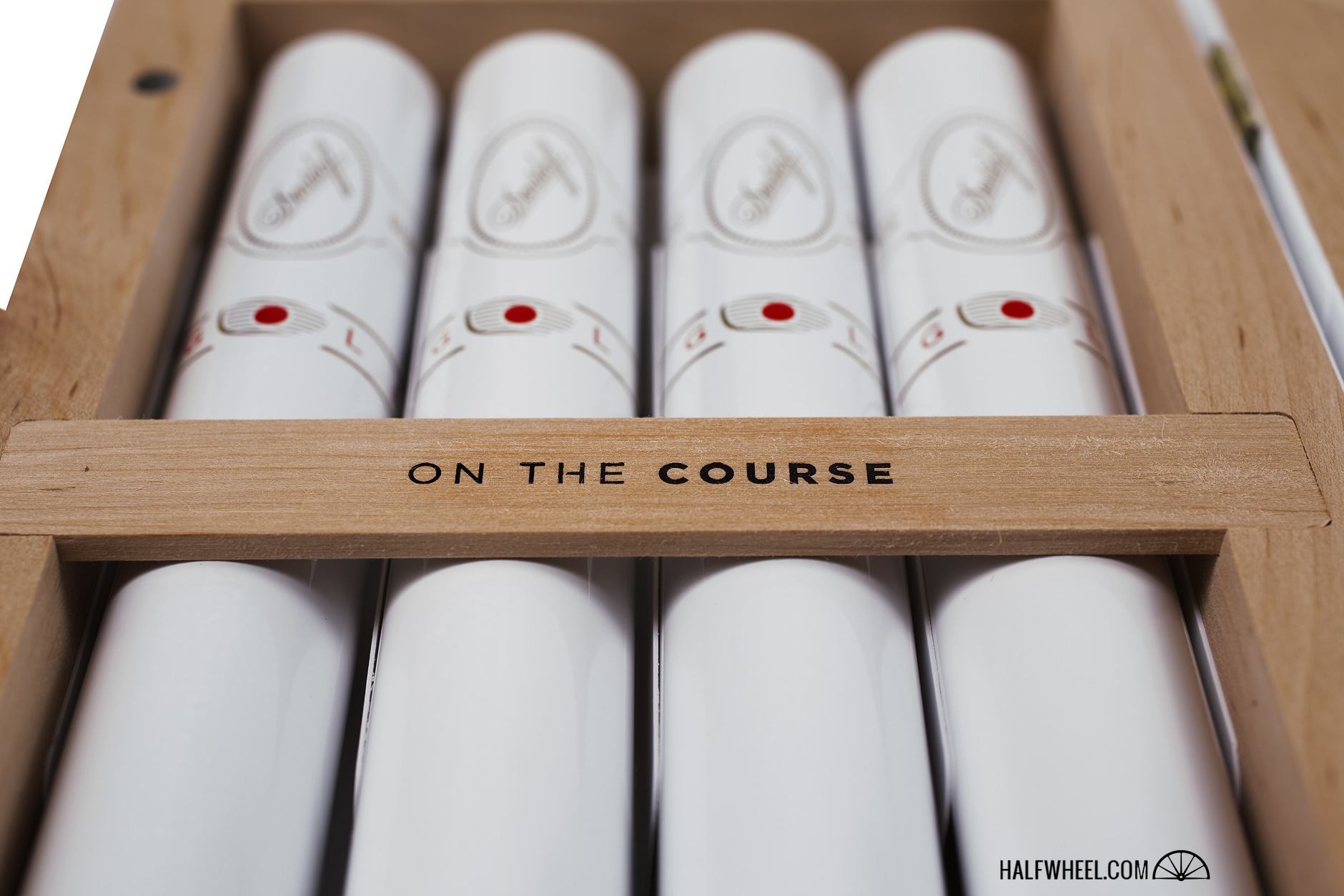 The box features eight cigars—four toros and four robustos—with the intention of being consumed by four golfers. The four toros are meant to be smoked on the course, with the four robustos intended to be smoked after the game in the club house. One robusto has a golden band in place of the normal band, which is to be given to the winner of the round. 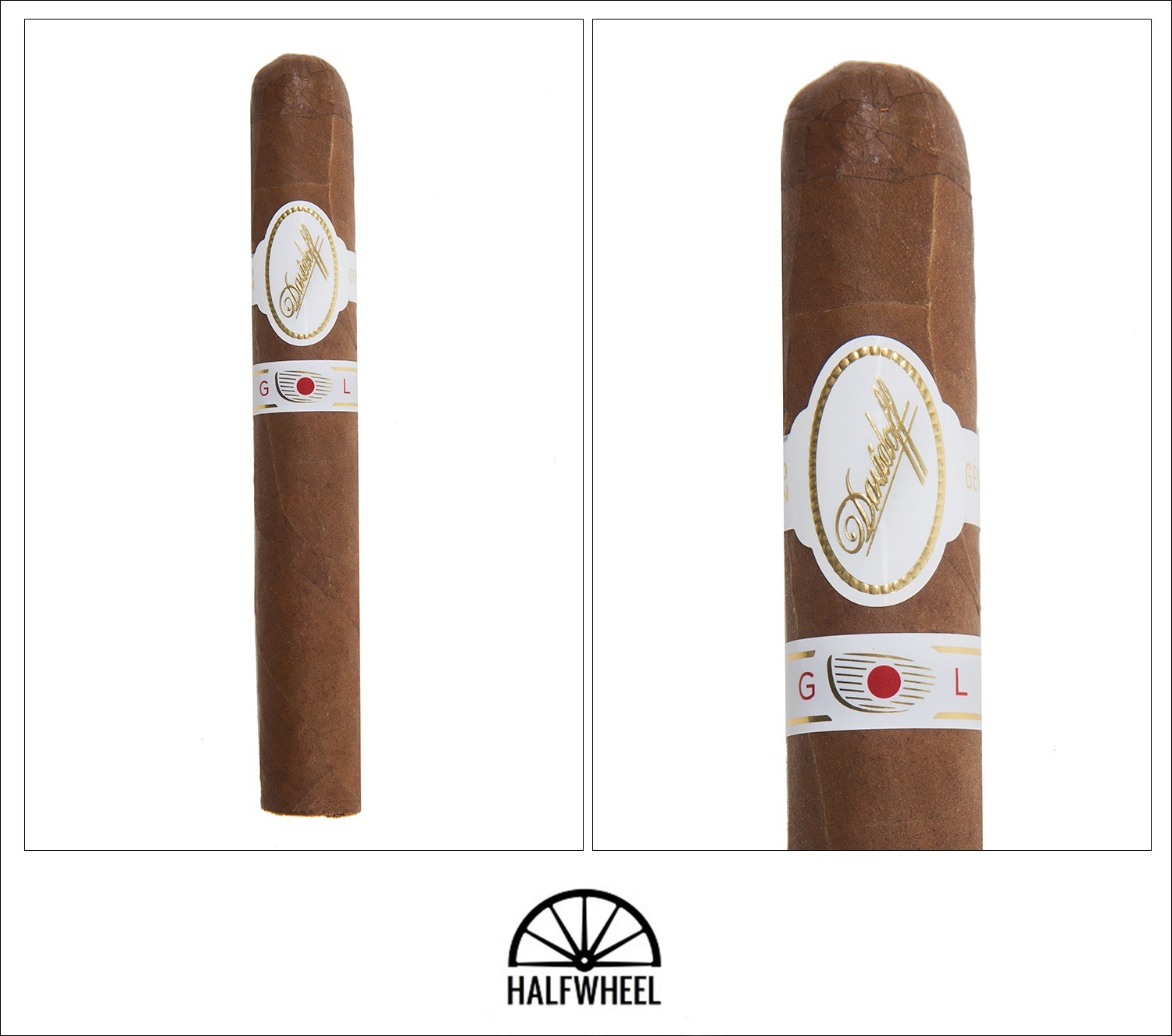 As I’ve come to expect from Davidoff, theLimited Masters Edition looks gorgeous, with a flawlessly-applied medium brown wrapper that has a soft and oily feel to it. There is a slight bit of give throughout, just enough to portray a plush cigar without getting into mushy territory. Off of the wrapper comes an aroma of rich barnyard, hay and vanilla. The cold draw is quite interesting, with bright hay, cocoa and fruit notes up front that is slowly followed with a strong peppery spice on the tongue.

Starting out the first third I get creamy cedar, chocolate, hints of vanilla and the slightest bit of pepper in the background on the finish. The burn doesn’t start out razor sharp, though it’s quite even. Draw is right in the middle of ideal, and there is plenty of smoke production with each draw. The ash holds on easily to the inch mark, however it’s quite flaky, sprinkling ash all over myself and my laptop. As the Masters Edition continues the pepper from the beginning is fading out of the background, replaced with notes of freshly ground, light roasted coffee beans and some grains. 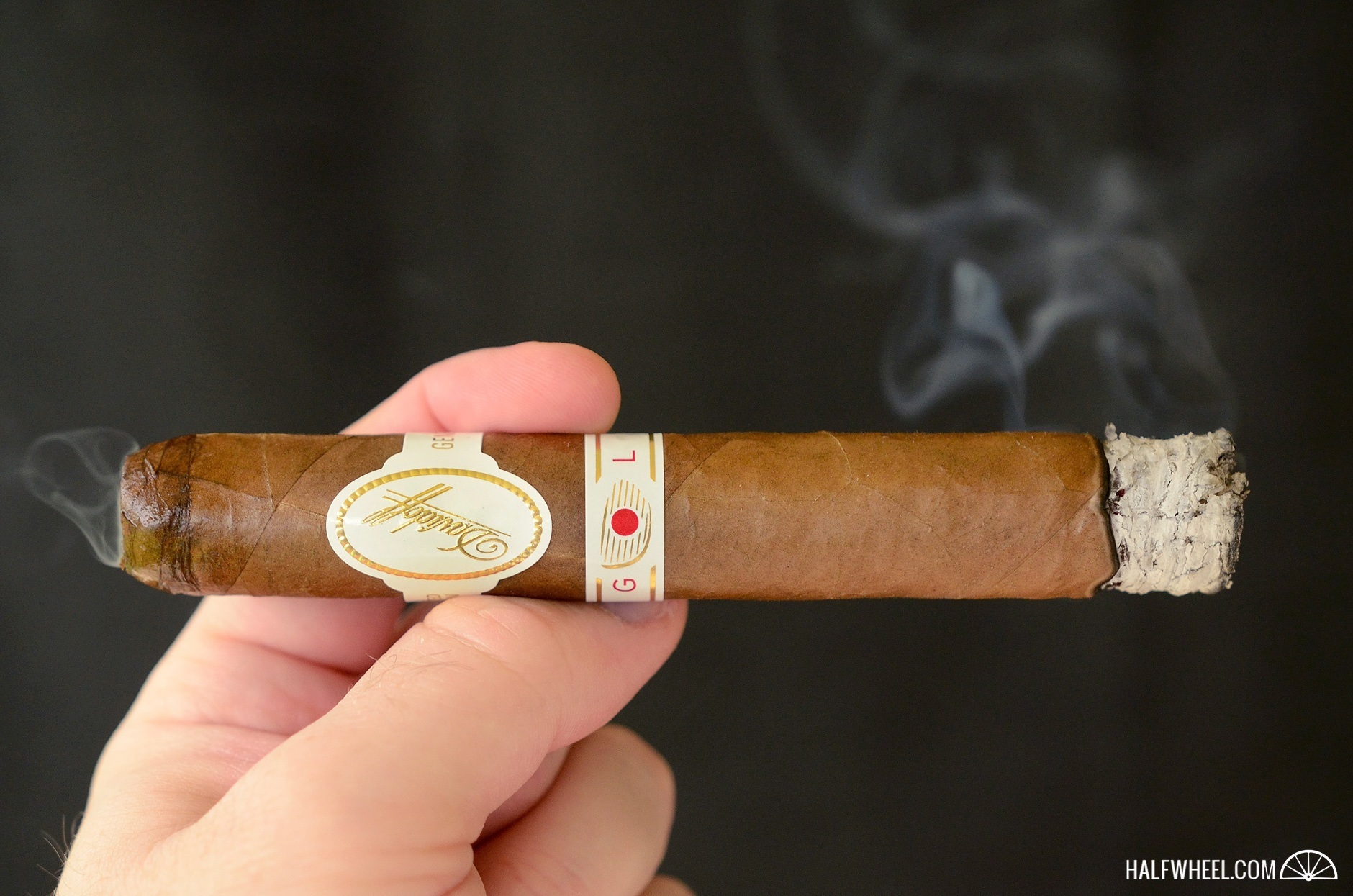 The second third doesn’t see much change in any aspect of the Davidoff. Creamy cedar and chocolate continue to dominate the profile, with vanilla, grains and coffee playing along in the background. The burn is still a little rough, far from what I would call razor sharp, though it continues to burn evenly, so there’s no need for a touch-up. The ash continues to be a veritable snowstorm in my immediate vicinity, which probably wouldn’t be an issue moving around on a golf course, but is slightly annoying sitting down. A grassy hay note has started to develop alongside the cedar and chocolate, which fits in with the rest of the profile nicely. 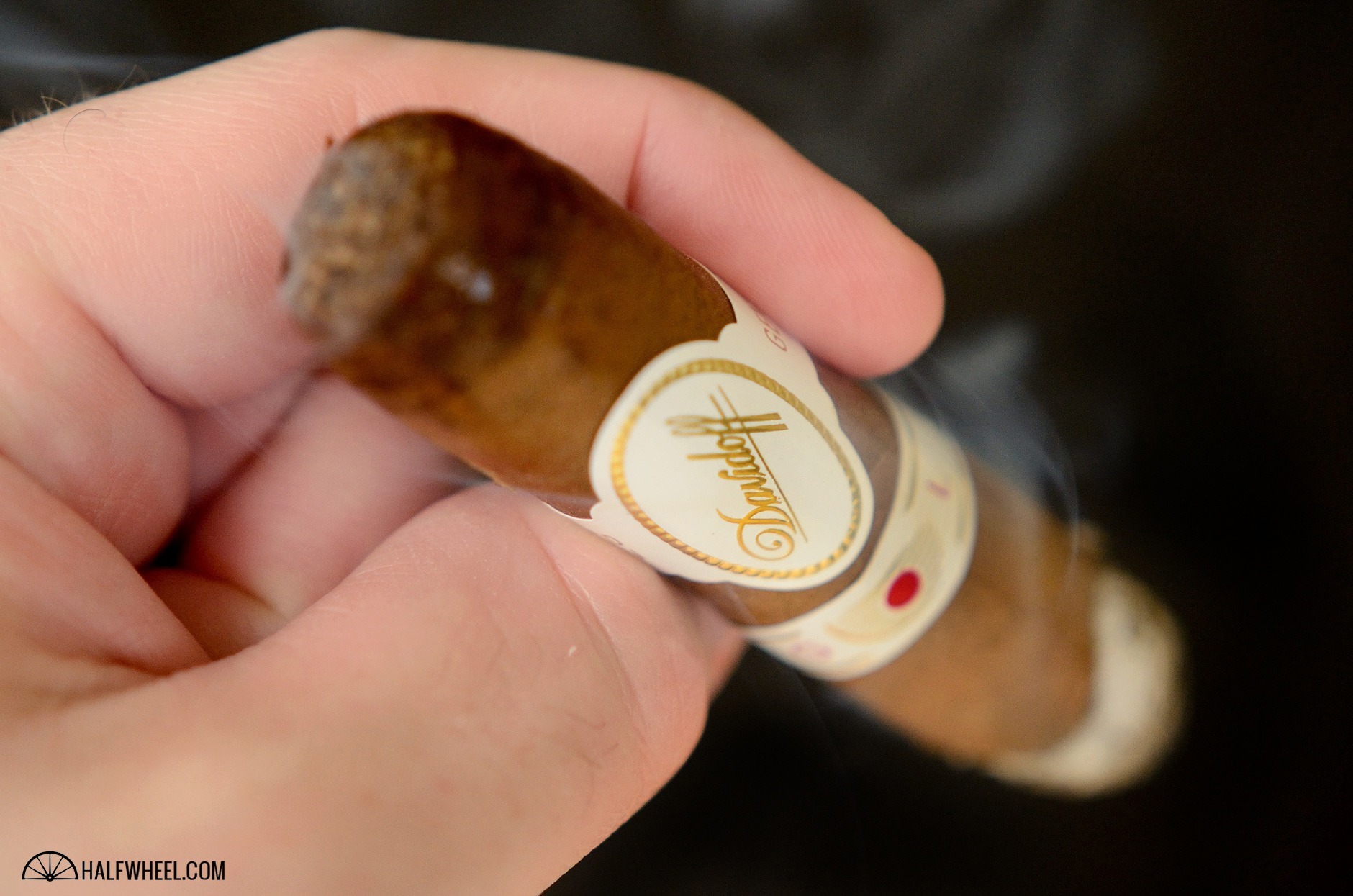 The final third continues with the creamy cedar and grassiness up front, though the chocolate has faded out significantly. Vanilla, grains and coffee notes continue to be mild appearances in the profile, perhaps not as strong as the first two thirds. The burn still hasn’t sharpened up, but still remains even enough to not need any touch ups. With a light dusting of ash still coating my lap, the Limited Masters Edition finishes up smoothly without any harshness or heat. 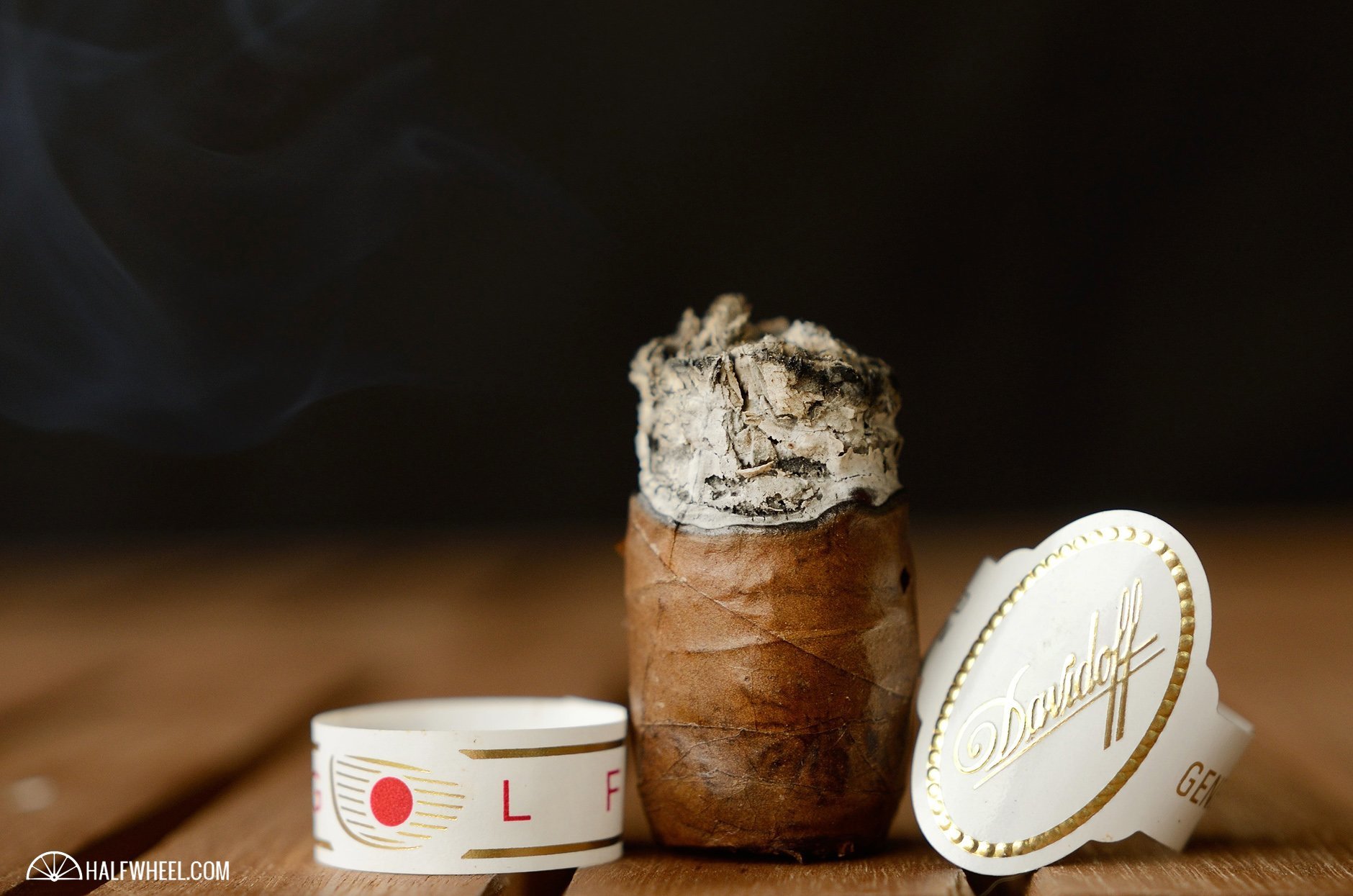 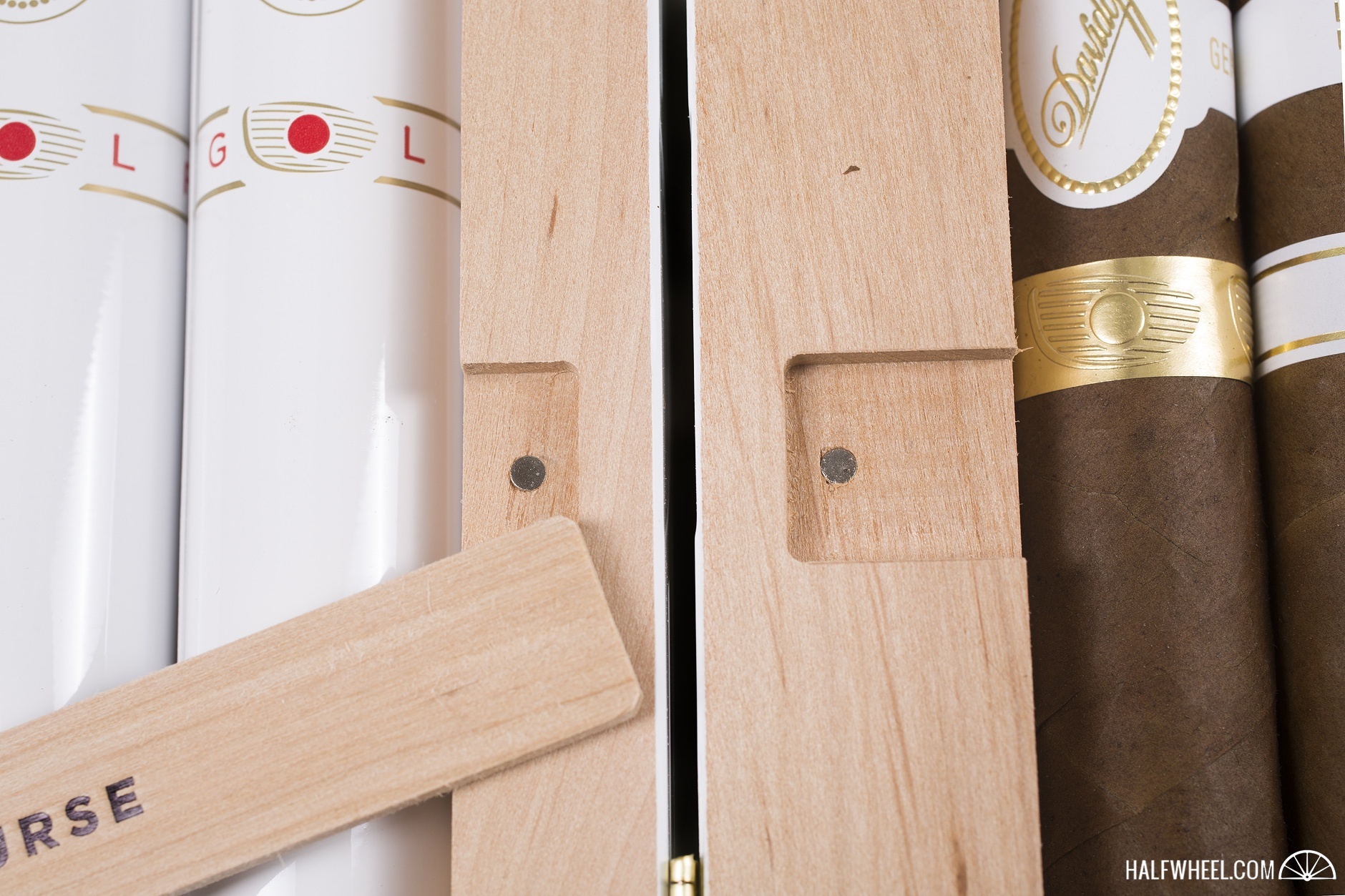 The Davidoff Limited Masters Edition 2015 Toro is a good cigar in a neat package with a fun purpose designed for it. Sure, there are plenty of other cigars this size that would work on the golf course that wouldn’t be as expensive, and everybody could choose whatever cigar they wanted to smoke. However, the whole package is perfect for a special event with some friends that you wanted to be just a little bit more memorable. The construction was mostly fine, with only a few minor gripes, and the profile is bold enough to be enjoyed even if it’s a windy day outside, blowing the flavorful smoke away. So if you’re looking for a great cigar for a special round of golf, I can easily recommend grabbing a box of these for you and your friends.