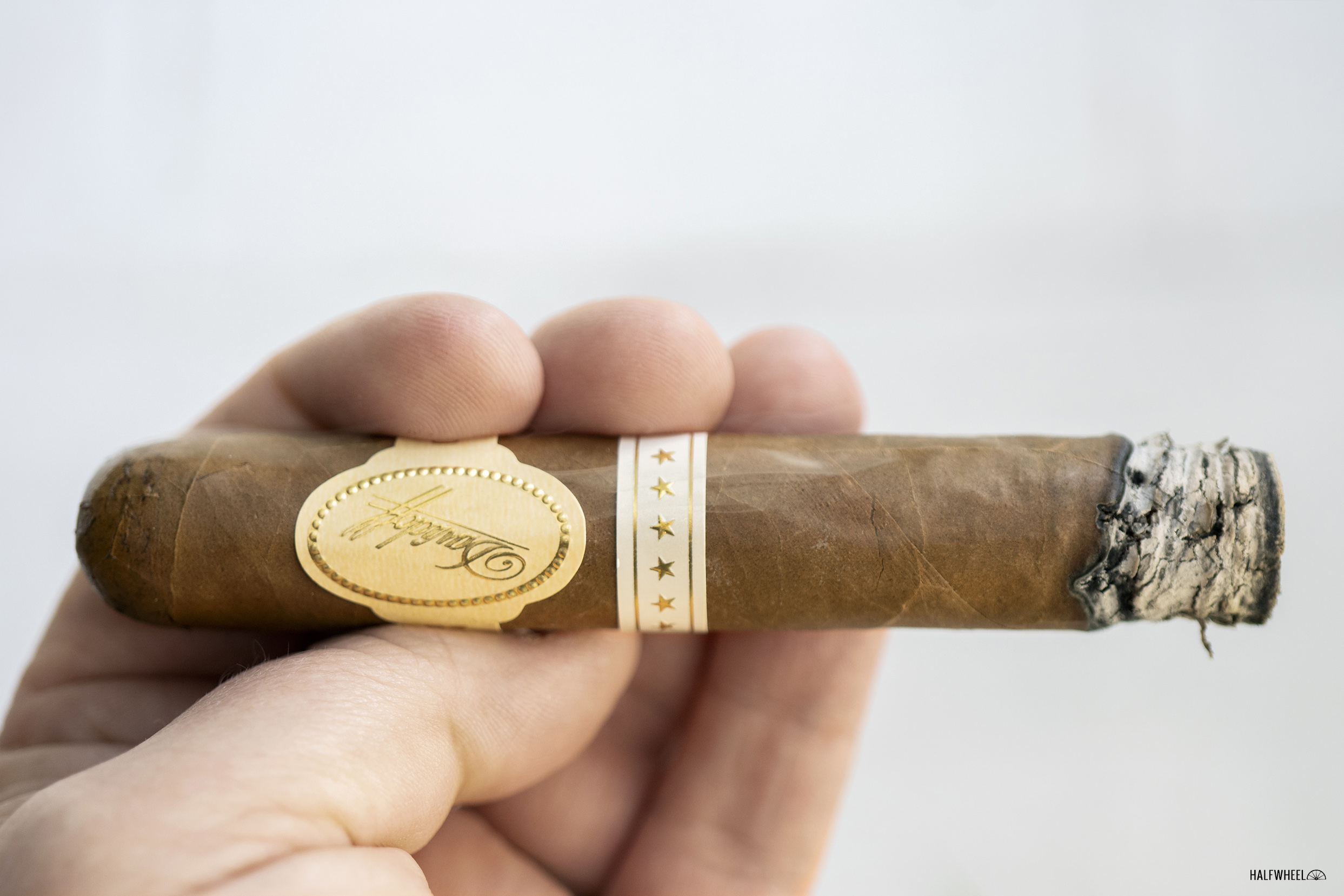 In 2005, Davidoff of Geneva USA released a cigar that promised to meet a challenge issued by the company’s founder Zino Davidoff to “create a cigar experience that is intense and complex, yet also exhilarant and smooth,” according to Edward Simon, chief marketing officer at Oettinger Davidoff AG in a press release announcing the rerelease last year.

Named Robusto Intenso, the first incarnation of the blend was made up of six different tobaccos sourced from five different growing regions of the Dominican Republic, all of which were covered in an Ecuadorian wrapper. It was released in a 5 1/8 x 52 robusto size priced at $15.30 each—that was packaged in boxes of 10 and included a very unique secondary band. Instead of a name, the band features six stars which represent the six tobaccos used in the blend.

Last year, Davidoff rereleased the Robusto Intenso blend in the same vitola as part of its Vintage Blend Series, which is made up of releases that attempt to recreate a blend from the company’s history. Visually, the Davidoff Robusto Intenso is covered in a pale, golden brown wrapper that is almost totally devoid of oil, although that does not stop it from being excessively smooth to the touch. The cigar does feature a noticeable soft spot halfway between the secondary band and the foot and is nicely firm when squeezed. Aroma from the wrapper and foot is a combination of aged cedar, old hay, dark chocolate, earth, day-old coffee and a touch of floral flavors, while the cold draw brings flavors of the same aged cedar, creamy peanuts, coffee beans, earth, cocoa nibs, floral and a small amount of cinnamon along with some distinct—albeit fairly light—vanilla sweetness.

From the start, the first third of the Robusto Intenso is dominated by a combination of two different flavors: one is the same aged cedar that I noted on both the aroma and the cold draw, while the other is a gritty earth note that compliments the cedar nicely. That combination is followed by lesser flavors of leather, generic citrus, bitter espresso beans, cocoa powder and a touch of cinnamon, while the retrohale features both vanilla sweetness pulled over from the cold draw as well as a good amount of white pepper. Construction-wise, the draw is excellent after a simple straight cut, but the burn needs a bit of extra help almost out of the gate, although it is fine after that. The smoke production is surprisingly dense while the overall strength barely registers at all, ending up around a strongish mild by the end of the first third.

While the main dominant combination of aged cedar and earth stay put at the top, there are a number of other changes in the profile during the second third of the original Robusto Intenso starting with the fact that the profile has become noticeably creamier on the palate. There is also a new flavor on the retrohale, a distinct mint leaf flavor that combines nicely with the vanilla sweetness and white pepper that are also still present. Other notes of dark chocolate, salted peanuts, wet hay, sourdough bread, leather tack and some slight citrus flit in and out of the profile at various points, while a very slight spice becomes noticeable on my lips just after the halfway point. In terms of construction, the draw continues to impress and the burn evens up nicely, but the strength in the blend seems to going absolutely nowhere anytime soon, ending the second third closer to mild than medium. The creaminess that reared its head in the second third is still very much in force as the final third of the Davidoff Robusto Intenso begins, while a distinct peanut butter flavor takes over the dominant spot, combining nicely with secondary flavors of aged cedar, toasted bread, gritty earth, dark chocolate, espresso beans, leather tack, and cinnamon. While both the spice and the mint note are long gone, the vanilla sweetness on the retrohale is still quite strong, and I notice a distinct but fleeting floral flavor as well. Both the burn and the draw continue to give me no issues and while the overall strength does finally increase enough to be noticeable, it stalls out about halfway between mild and medium right as I put the nub down with a little more than an inch remaining. Let's get one thing out of the way right off the bat: while it was almost certainly different when it was first released, at this point in its life the original Davidoff Robusto Intenso is about as far from “Intense” as you can get, regardless of whether you are talking about strength or complexity. While the flavors are not aggressive for the most part—in fact, quite a few of the more unique notes are so slight you will miss them if you don’t pay attention—they are extremely enjoyable and the balance of the blend is superb from the first puff to the last. This is one of those cigars that lovers of aged blends should absolutely go through the effort to seek out, especially considering how few of them are probably left in the wild.