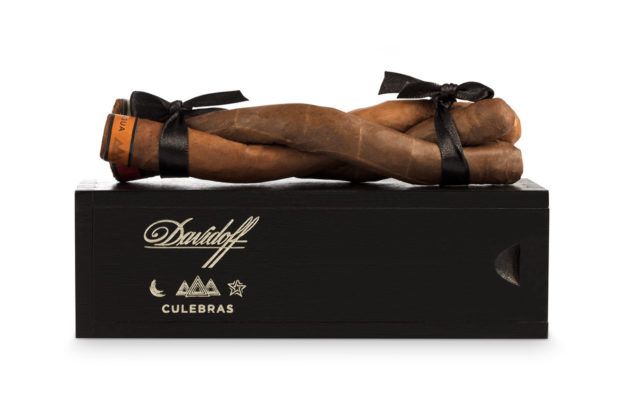 Davidoff is bringing three blends from its Discovery Series together–literally, you might say–by way of a new limited edition culebra that is now available at Davidoff of Geneva — since 1911 flagship stores. The Davidoff Culebras Limited Edition braids three of Davidoff’s Discovery Series cigars together, the Davidoff Nicaragua, Davidoff Escurio and Davidoff Yamasá. Each individual cigar measures 6 1/2 x 33, but instead of being presented in a traditional parejo, the three cigars are twisted together to create a culebra, one of the most unique and recognizable presentations found in any humidor. The smoker then undoes the black ribbon that holds the twisted cigars together to enjoy each cigar individually.

Each culebra comes in a small, black matte lacquered wooden coffin, with boxes holding eight culebras. The Davidoff Culebras Limited Edition is limited to a worldwide production of 400 boxes, for a total of just 9,600 cigars. Each culebra is priced at $55.50 before taxes. The cigars are already available in the United States, and they will arrive at international stores in May.