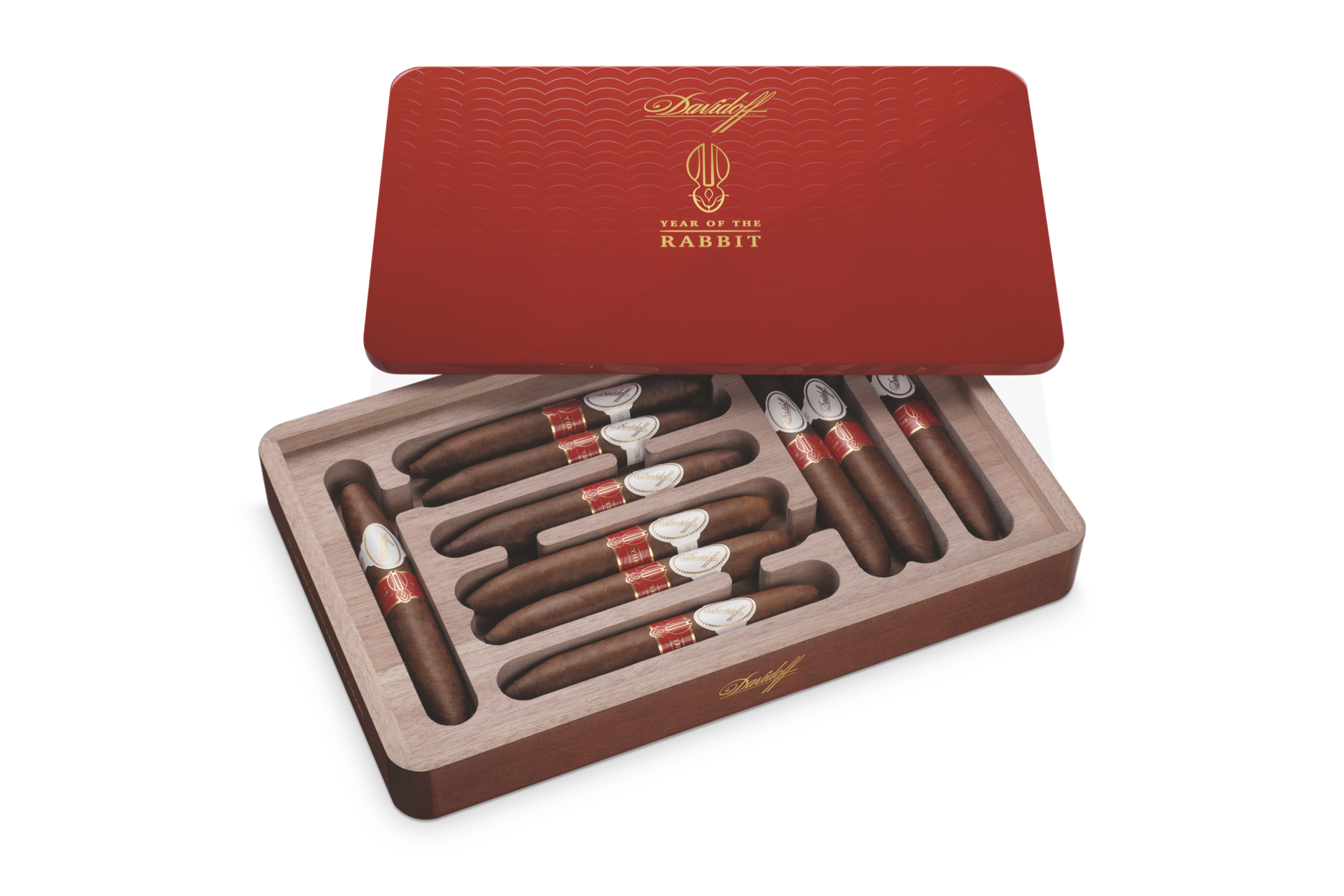 Davidoff Limited Edition 2023 Year of the Rabbit Arrives in Stores

The Davidoff Limited Edition 2023 Year of the Rabbit is now arriving at stores.

As it has done every year since 2012, Davidoff has shipped its Zodiac Series release in November, ahead of both the holiday season and the Chinese New Year the cigar celebrates. This year’s version is a 5 15/16 x 54 double perfecto that uses an Ecuadorian hybrid 238 wrapper over a Mexican San Andrés negro binder and five fillers. Four of them are from the Dominican Republic—piloto seco, San Vicente ligero, San Vicente seco and Yamasá viso—and the fifth is seco from Estelí, Nicaragua. Davidoff says the average age of the filler tobacco is four and a half years.

Speaking of the boxes, they continue the theme of gold-on-red color scheme. In Chinese culture, the color red symbolizes good fortune while the color gold symbolizes wealth. This year’s box has two different rabbit-inspired features: the lacquered exterior has a pattern similar to how a rabbit hops and the cigars are laid out in a manner that is made to mimic a rabbit’s warren, the connecting burrows that rabbits dig underground.

In addition to the cigar, Davidoff has a number of limited edition Year of the Rabbit accessories including an ashtray ($415), double guillotine cutter ($425), pipe ($1,180) and humidor. There is also Year of the Rabbit pipe tobacco, though it will not be sold in the U.S.

For more information about the Davidoff Year of the Rabbit, click here.