One of Davidoff’s yearly limited edition staples for the past six years has been its Zodiac Series. Launching in late 2012, the series started off with the 2013 Chinese zodiac sign, the Year of the Snake. Since then there has been a release every year, featuring that year’s animal in a special blend and size, and packaged in an immaculate red-themed box that looks closer to a humidor than a cigar box. With the coming year’s sign being the dog, Davidoff’s release for 2018 is the Year of the Dog.

It marks the sixth release in the Zodiac Series. As the Zodiac Series cigars tend to be, the Davidoff Year of the Dog is a very impressive looking cigar. The wrapper has a soft, oily feel to it along with a uniform medium brown color. When squeezed two samples produce an even, slight give while a third sample has a couple of softer spots. Coming off the wrapper is a light, mild aroma of mostly grains, light leather and a hint of some hay. On the cold draw I get more mild notes, however it’s a little more complex with hay, vanilla, vegetal notes, a hint of pepper and cinnamon.

Starting into the first third, pepper, spice, a caramel sweetness and some charred bread make up the profile. There do seem to be some more underlying flavors, but the pepper is actually surprisingly strong up front despite the mild cold draw. While the burn has started out quite even, about an inch in the dense ash starts to split a little and a decent chunk falls way before the rest. The draw is within the ideal range, though it certainly has a slight lean towards the tighter side of things. The pepper and spice up front continue to give the profile a kick, while the caramel and bread note settle into the middle. Background notes of hay, cedar and leather are starting to materialize into specific notes, though they are still quite faint. Moving into the second third of the Year of the Dog the pepper has reduced a bit of its strength, mellowing the profile a bit. The caramel has moved on to something between caramelized sugar and burnt sugar – not in an unpleasant way, but that’s the best way I can describe it. The charred bread from earlier likewise has shifted a bit, with more of a toasted bread now. Continuing in the background but more distinguishable is the hay, cedar and leather notes that round out the profile well. The burn continues its steady and even march down the cigar, leaving in its wake dense ash that appears to be holding together much better now. 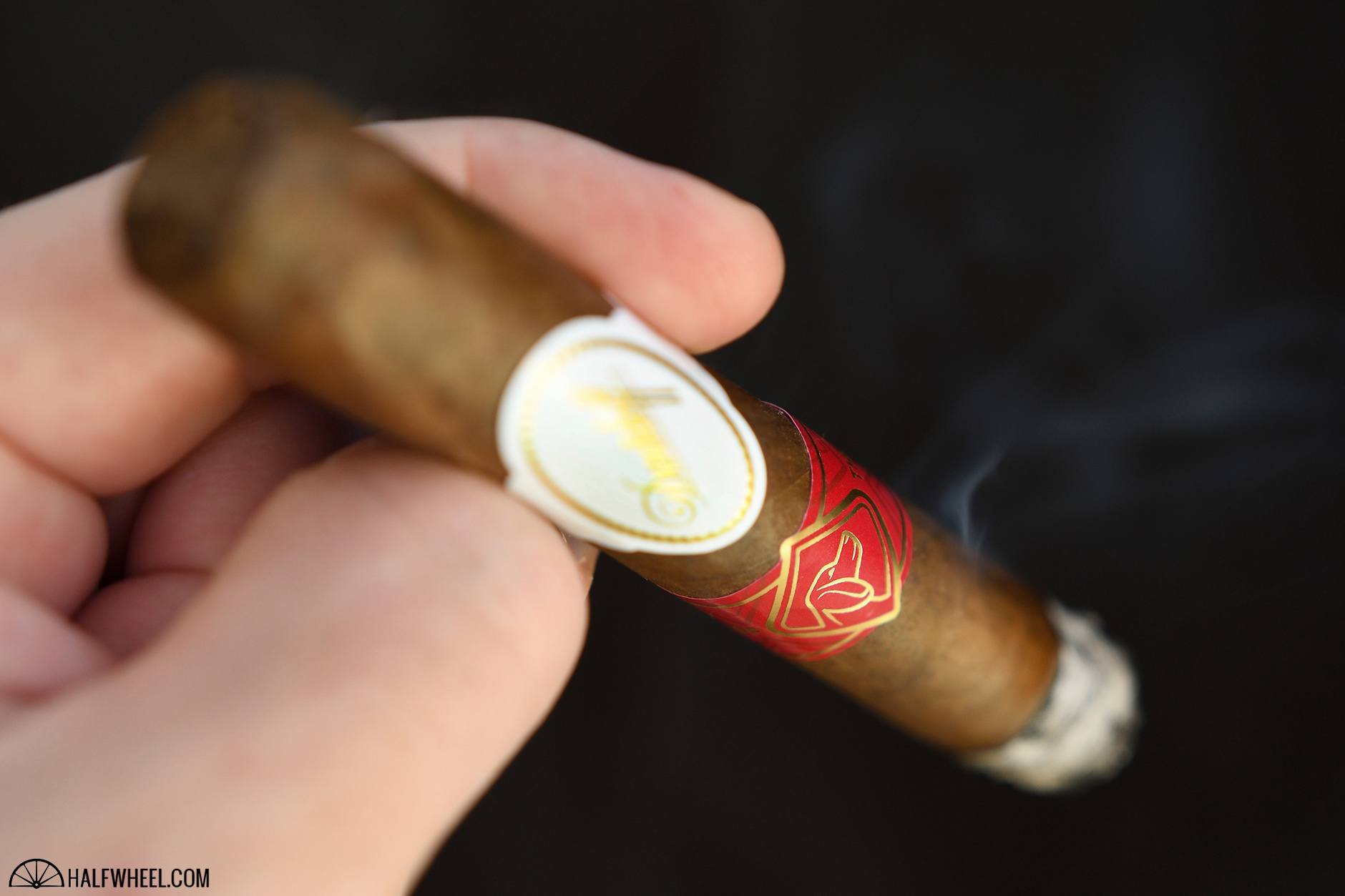 In the final third I’m notice a significant reduction in the sweetness, with the sugary note all but relegated to the background. The pepper and spice really haven’t changed their strength much, but with the lack of sweetness in the middle the leather, cedar and hay notes certainly have moved more towards the middle. Toasted bread notes still seem to be there, but like the sugar has seemed to fade more towards a background note as well. After a consistent and impressive burn line for the first two thirds of the Davidoff, I was a little surprised when a section of the cigar needed a little help. As I wind down and reach the final inch of the cigar, the profile continues to perform the same and is smooth and enjoyable to the end. The Davidoff Zodiac Series has always been an impressive release, both in terms of the packaging and for the most part, a fairly enjoyable profile too. The Year of the Dog is one of the better releases from the series, though perhaps not my favorite. Construction was mostly consistent, the only variances were a couple of minor touch ups, which certainly isn’t much of an annoyance. The profile delivered in a way I wasn’t expecting, with a bold strength up front and developed into a flavorful and balanced profile in the last half. As I said, while it may not be my favorite of the series, overall the Year of the Dog has earned its place in the lineup and is certainly worth checking out.