On June 1, Davidoff kicked off the summer smoking season with the release of the third installment in its Art Edition line, which brings art and tobacco together in a limited edition release.

For this release, Davidoff enlisted the artist Rodell Warner, who was born in Trinidad & Tobago. According to a press release from Davidoff, he has had his multimedia works exhibited in Kingston, Johannesburg, London, New York, Washington, and Maracaibo. Warner was a recipient of the 2011 Commonwealth Connections International Arts Residency, and he was an artist in residence at Caribbean Linked II in Aruba in 2013, and at New Local Space (NLS) in Kingston in 2014.

The Davidoff Art Edition 2017 features five works from Warner under the header Nature Reimagined; those pieces are titled Aerial View; Marble Sky; Hyper Flower; Sun Scene; and Water Sculpture. There will be 1,000 numbered boxes of each of the five pieces produced, for a total run of 5,000 boxes and 50,000 cigars.

“We quickly learned that what we wanted to discover and communicate is what connects the cigars and the art,” said Warner in a press release. “What goes into the production is what we care about; with both the cigars and the images. We realized that we are designing experiences that are sought out for the pleasure they give, and that we take pleasure in giving only our best.”

Davidoff said “Warner was granted free rein to create an entirely new body of work, highlighting both his strengths as a visual artist and Davidoff’s own commitment to excellence in its handcrafted, luxury products.”

The inspiration for the series comes from photographs of the Caribbean islands, with Warner creating a collage of patterns that he turned into a digital three-dimensional object. He then saved images of the digital 3D object viewed from various angles and used these images like puzzle pieces to build the final artwork.

He added that he believed his images should reflect the care given to Davidoff’s cigar production, noting that “they are nurtured and crafted to create a visual experience full of texture and surprise; they are impressions made in the spirit of the products they represent.” As for the cigar, it uses an Ecuadorian habano wrapper, Ecuadorian Sumatra binder and fillers that include Brazilian mata fina and cubra visos, as well as Dominican San Vicente mejorado visos, piloto visos and a seco that is a hybrid of olor and pilotico. The company calls it a creamy and complex blend of sweetness and spice, with flavors of wood, ginger and leather found throughout. The Davidoff Art Edition 2017 is a big and beefy cigar, definitely more three dimensional than two and centerpiece rather than small canvas, with an oily, darker than medium wrapper that shows a number of veins and visible seams. There’s a bit of give to the cigar but it certainly doesn’t want to be squeezed too hard. The foot presents a bit of cola sweetness but with a more substantive base, somewhere between Heinz 57 and A-1 sauces. There’s also some organic matter in there as well, not as heavy as tree bark but fairly close. From the cold draw I get an easy draw and less sweetness, but more indication there’s a meaty core to the tobacco. The sauces repeat with a touch of cola syrup; there’s no pepper, and a damp, deep tree bark note begs to be explored.

The Davidoff Art Edition 2017 opens with a fairly full flavor profile that is rich and meaty while finishing a bit on the dry and woody side, though there is a smokiness in the aroma that provides some lush tones. The first retrohales are subtle but peppery, seemingly equally far away from both boring and overpowering, and before long pick up just a subtle, chalky mint undertone, much like smelling a freshly opened box of Altoids. As the flavor becomes familiar it reduces in intensity just a bit, and when the first clump of ash drops off at about two-thirds of an inch in, the cigar has picked up just a bit of creaminess to redirect things. I get my first real sense of distinct pepper towards the end of the first third, as retrohales show it quite cleanly while the sensation lingers in several parts of the mouth. Other than a slightly uneven burn line, the Art Edition has performed well through the this section, with no combustion issues and a good amount of smoke. 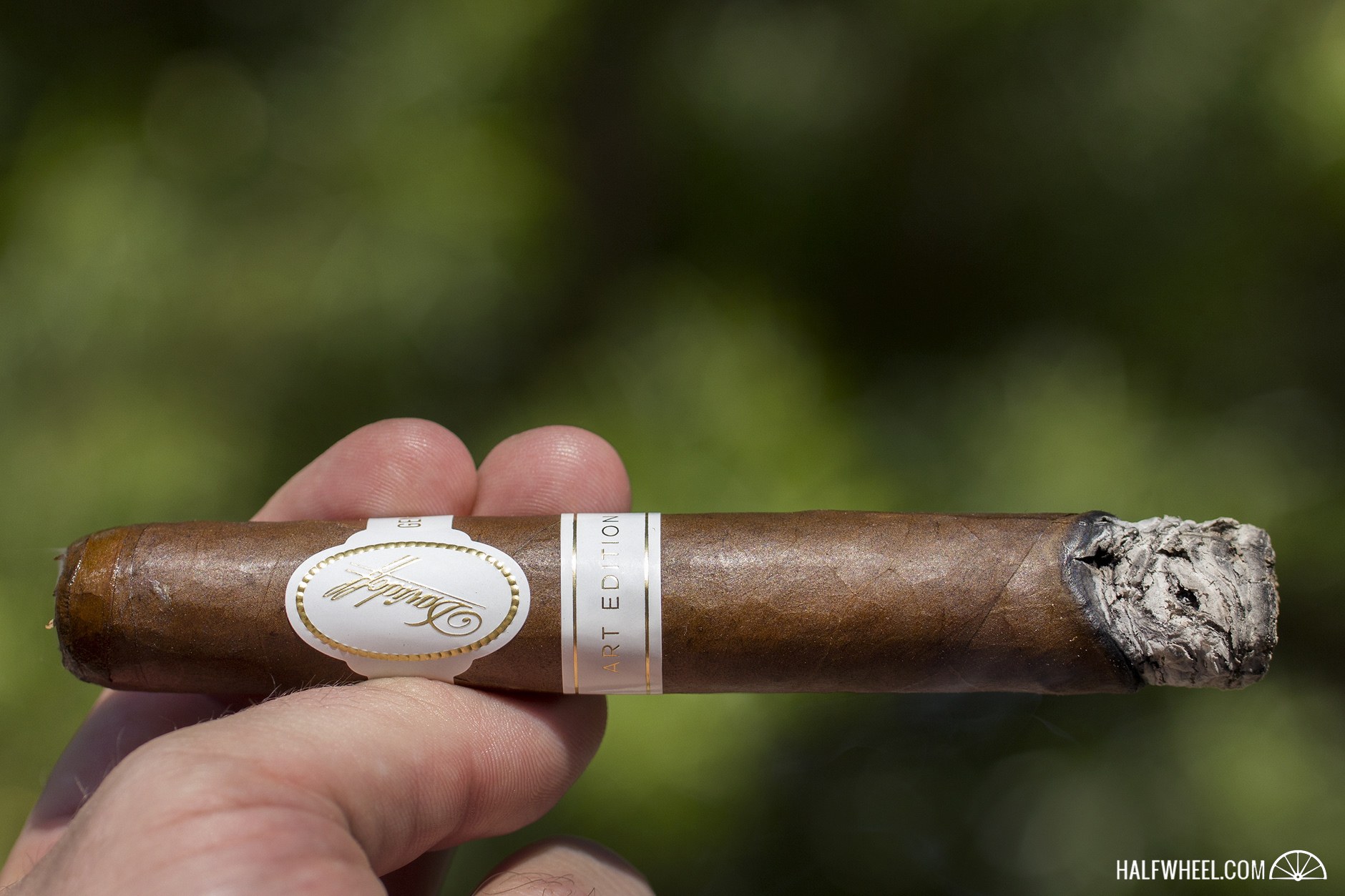 It’s no secret that adding in occasional retrohales almost always enhances the smoking experience by bringing together multiple senses, and that’s the case here as the Altoids note lingers into the start of the second third and now seems to have migrated down to the palate as well. Those retrohales also seem to provide a reliable barometer for the Davidoff Art Edition 2017’s first steps in increasing strength, as black pepper starts to come out ahead of the midpoint. The flavor has largely held steady, if anything backing off in intensity a bit before beginning to ramp back up in strength past the midway point, and now has more pepper and strength, which leaves a much more significant impact on the palate after each puff. Other than a bit of shoveling in the first sample, the cigar continues to burn quite well. 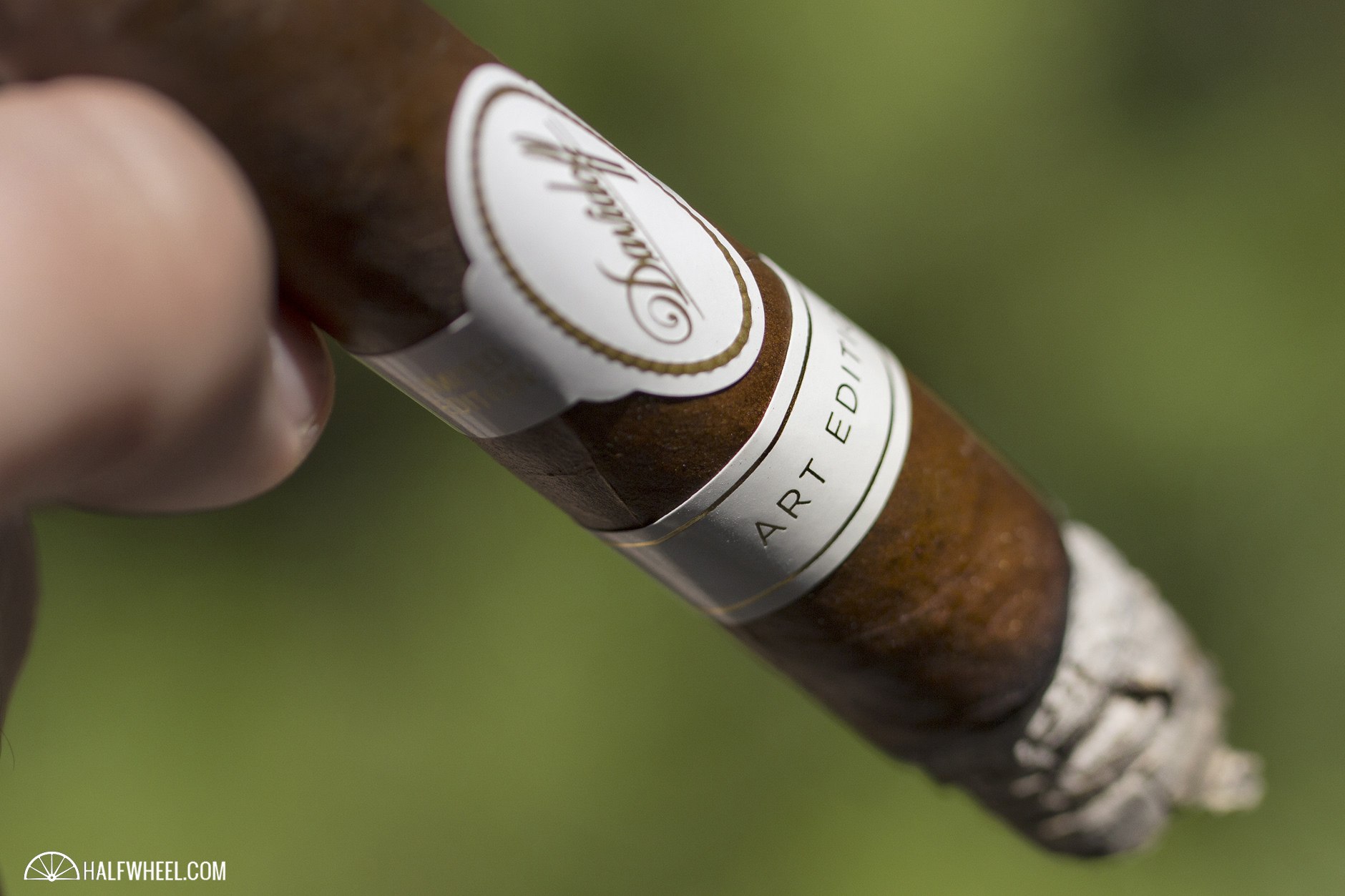 While the second third of the Davidoff Art Edition 2017 sees a gradual decrease and then return of the flavor’s strength, the final third starts off with a noticeable uptick, and the flavors are now a good bit heavier and more concentrated than they were earlier. Pepper remains on a leash but is certainly present, while the woody backbone has solidified quite a bit and I’m getting my first tastes of rich earth about halfway through this section. Cocoa and coffee come in shortly after, adding both sweetness and complexity to the profile though at times at the expense of a bit of harshness and lack of balance. It closes out fairly cleanly, though a bit of sharp pepper sneaks in and makes the finish a bit more challenging to enjoy. 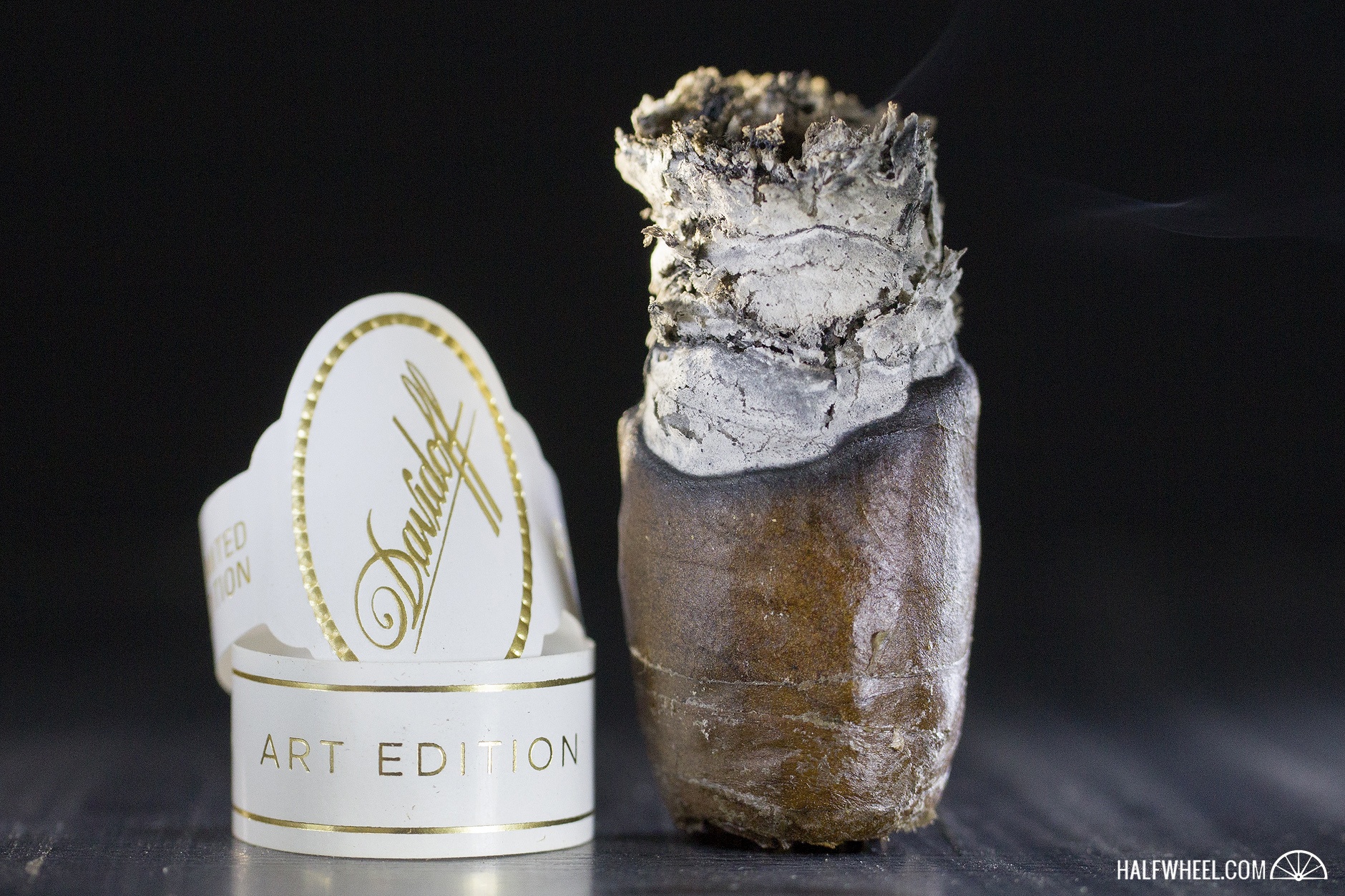 One of my uncles has a saying about art that I find quite appropriate to cigars: you can like a piece of art, but that doesn't mean you want to wake up to it every morning. This is more or less how I feel about the Davidoff Limited Art Edition 2017: it's a perfectly fine cigar that offers a good bit of flavor, strength and complexity, yet at the end of each sample I found myself slightly less than wowed by it. I'd certainly smoke it again without hesitation, yet I'm not sure if I'd go out and buy a box or two to have on hand, and that's not even taking price into consideration. If it's in your budget I'd certainly suggest giving it a try, as you might find something in it that makes it worth bringing home.