A new Davidoff that might seem very familiar has arrived at American retailers.

It’s called Davidoff Royal Release, a two-size line offered in Robusto (5 1/2 x 55) and Salomones (8 1/4 x 57). If it sounds familiar, it’s because Davidoff has previously offered cigars in those exact sizes: the Royal Robusto and Royal Salomones, arguably the company’s flagship cigar up until the Oro Blanco was released in 2014.

However, the Royal Release isn’t simply a new look.

The company says the cigar will use an Aromatica Dominicana that is exclusive to the Royal Release. Previously, the Royal Robusto and Royal Salomones used an Ecuadorian wrapper. Davidoff says it selected special bales for the project and then let the tobacco age for a minimum of eight years.

Only eight rollers roll the Royal Release. The company says each has at least 15 years experience and combined they have rolled over 7 million cigars over their careers. Each box will come with a certificate signed by Henke Kelner and the two rollers who produced the cigars. 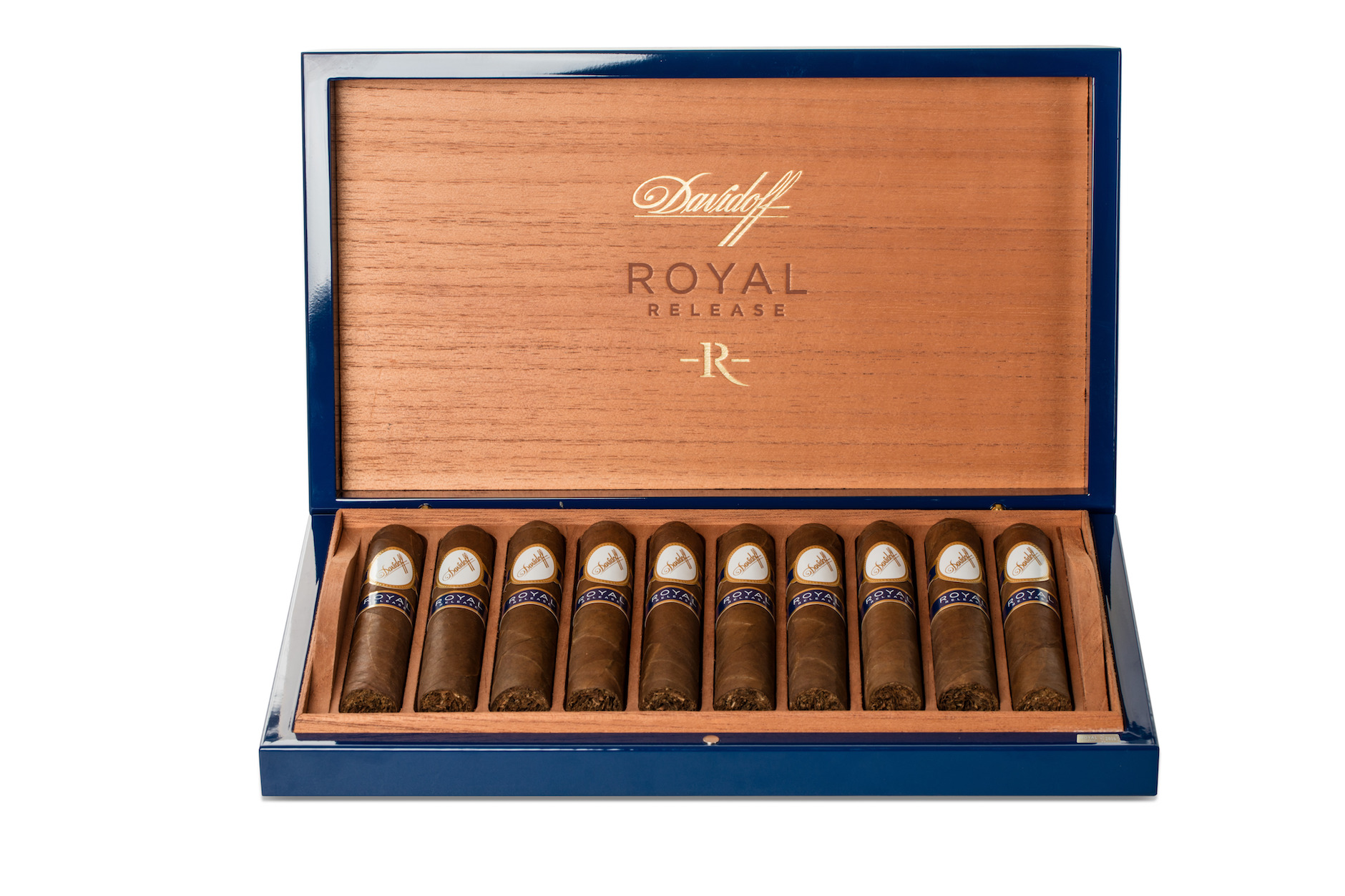 All that exclusivity will come at a high price. The Royal Release Robusto has an MSRP of $80 while the Royal Release Salomones will retail for $100, roughly double the price of the Royal Robusto and Salomones. Each size is limited to 500 boxes for the U.S. market.

It arrived stateside ahead of the Aug. 8 date when the U.S. Food & Drug Administration (FDA) began regulating premium cigars but is receiving its formal launch this month. The company expects to ship the cigars internationally next month.